Since we are in the middle of the dog days of summer,  I thought I would mix things up with the first-ever Caturday.  I hope you enjoy these photos by Charleston pet photographer Dana Cubbage. 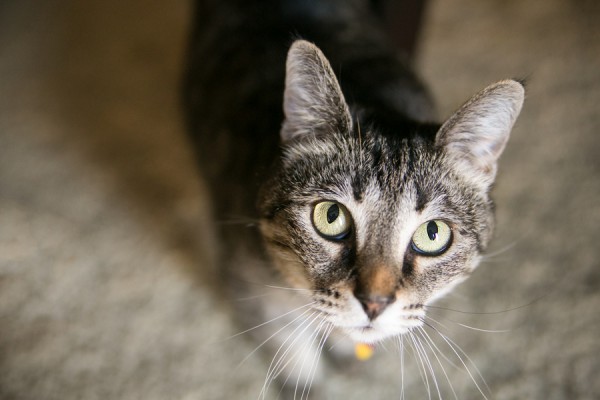 From Dana:  “Julio, Rosie, Cecil, + Chloe are Doggy’s feline housemates! Julio is the orange tabby, Rosie is the grey tabby, Cecil is the long-haired Maine Coon-type cat, and Chloe is the light grey cat (who is photographed outside since she was terrified of me). Johanna was convinced that there was no way I’d be able to photograph all 4 of her cats since Cecil and Chloe are notoriously shy. With a little patience, I was able to capture all 4 of them and give Johanna photos she’ll cherish forever!” 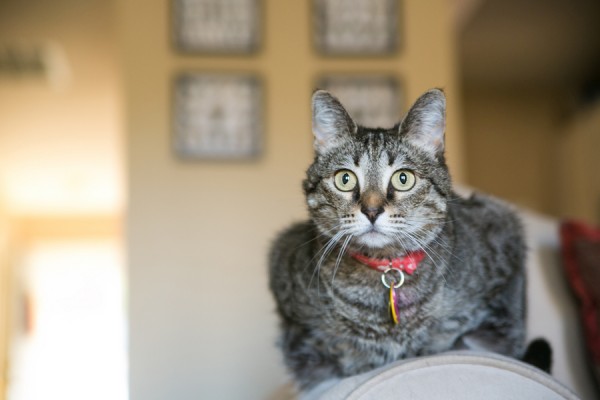 From Johanna:  “When we first started volunteering at Pet Helpers (2006), we didn’t have any pets. My husband fell in love with these 10-month-old cats, and we ended up adopting them  Julio the orange tabby and Rose the gray tabby. 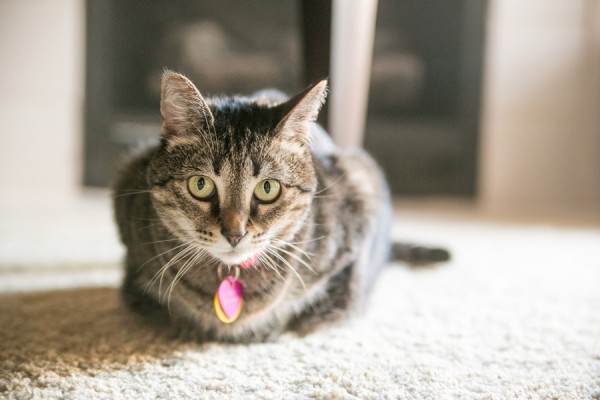 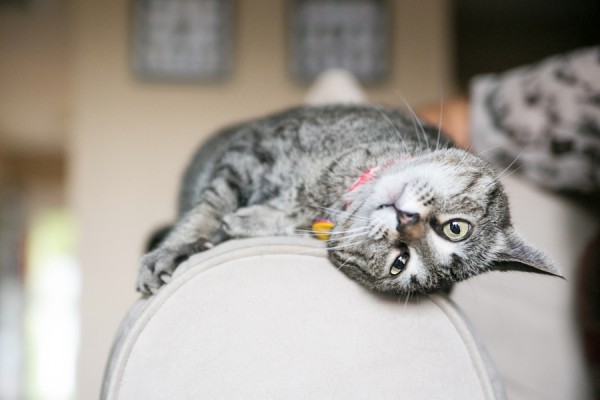 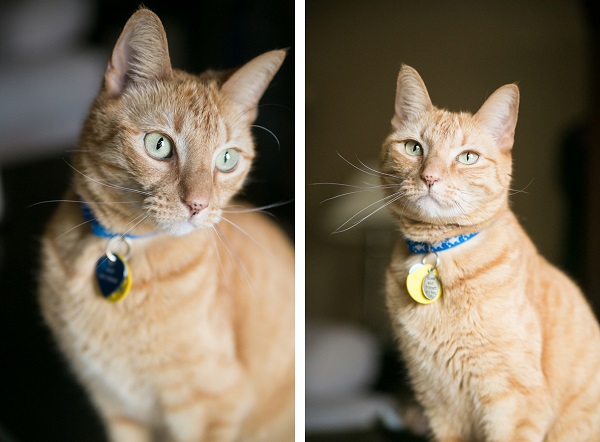 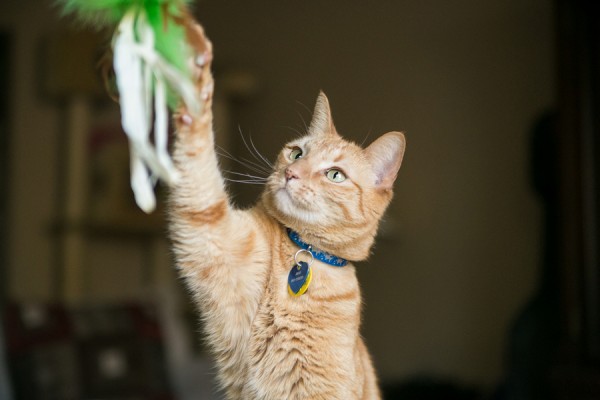 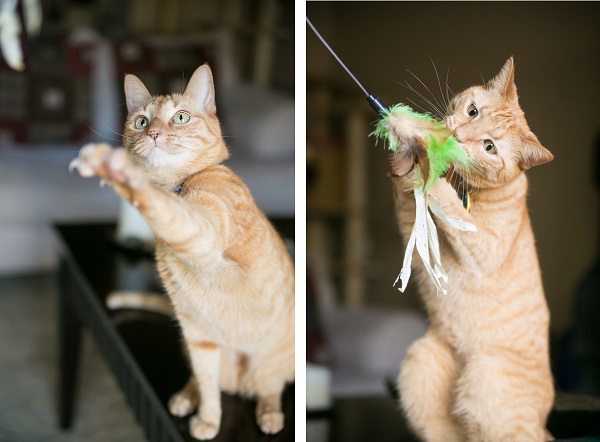 About 6 months later, my husband was going to a military meeting early in the morning, and as he was driving, he saw in the middle of the street a 4-week old kitten that he thought was run over by a car. He stopped his car right in front of her (stopping all traffic behind him), and he picked her up. He realized she wasn’t dead but just terrified and wouldn’t move. He brought her home and set her up in the bathroom.  He was running very late to his meeting on base, and he called his chief explaining the situation. He thought he was going to get in trouble, but the chief was very understanding. When my husband got to the meeting, everybody was very concerned for the kitten. We nourished Chloe back to health (she had all kinds of worms), and we also had to bottle feed her. 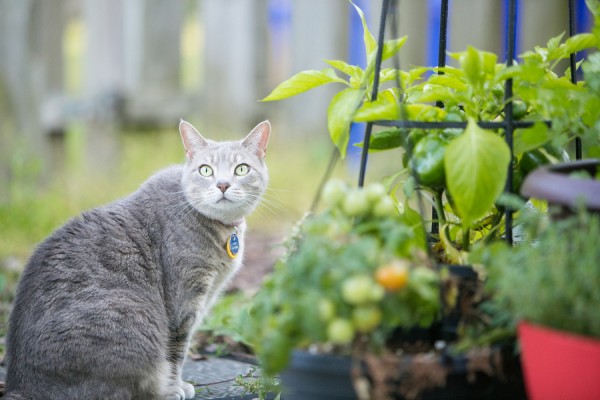 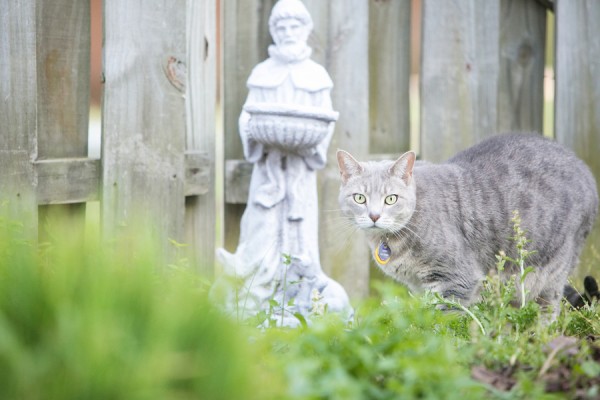 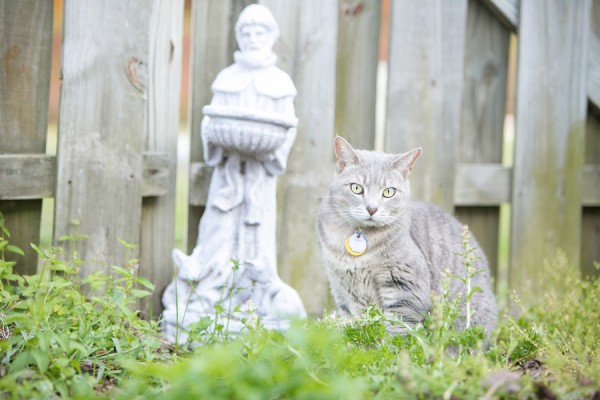 A couple of weeks later, I received a call from Pet Helpers that they urgently needed somebody to foster a 5-week old kitten.  I thought he could be a good friend for Chloe, so we took Cecil  (Maine Coon mix) as a foster. He was our first foster kitten. When it came the time to surrender him, I couldn’t do it as he was terrified at the shelter. 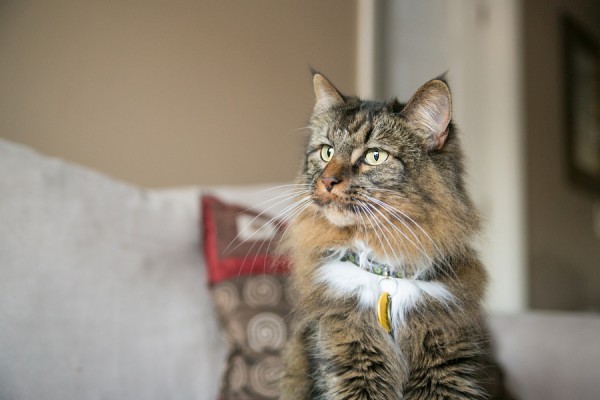 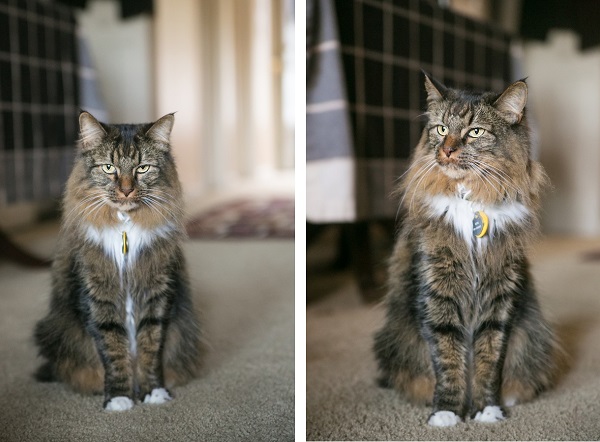 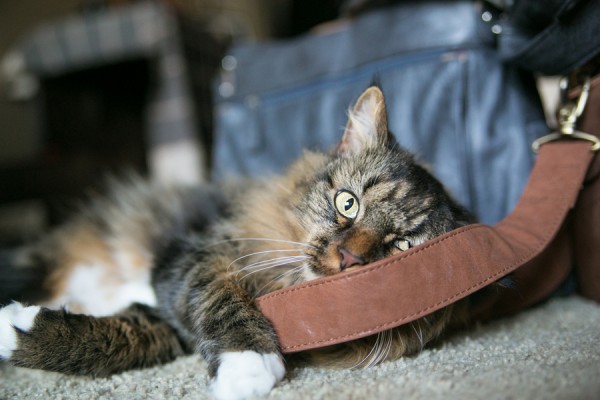 As he was our 4th cat, we agreed with my husband that we had to return the kittens if we were going to foster; otherwise, we couldn’t volunteer for Pet Helpers anymore! Since then, we have fostered around 90 kittens, and we have successfully returned all of them! 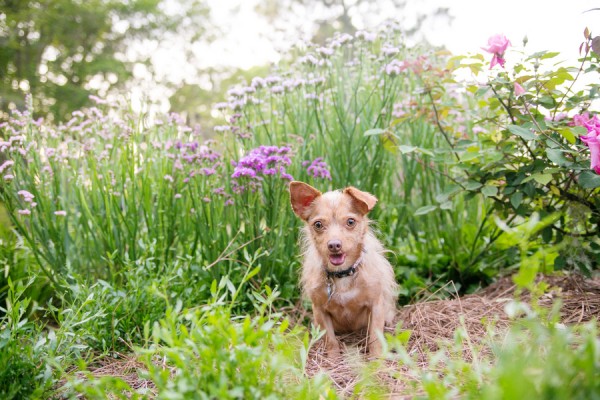 Doggy really likes cats too, and she gets along great with 3 of the cats (they clean each other’s ears!), but she has some kind of a cold war with Cecil, the Maine Coon cat.”

Thanks to Johanna, her husband, and their pets for fostering so many kittens as well as helping homeless dogs and cats alike!

Be sure to visit Dana’s blog to see more of  Doggy and her kitties.

About Dana Cubbage Photography: Dana is a full-time professional wedding + pet photographer based in Charleston, SC. She specializes in fun, fresh, vibrant pet photography and loves to incorporate the beautiful South Carolina natural light into her images whenever possible. Dana donates her time to local shelters + rescues throughout the year and is a proud member of HeARTs Speak. Passionate about animal adoption + rescue, she has fostered for several rescues + shelters over the past 5 years and hopes to start her own pit bull rescue in Charleston someday.