Leo Timoshuk from Syracuse, NY,  has a knack for connecting with great couples and finding just right the location, props and light for wonderful engagement sessions.    Case in point, Christine and Dave and their best dog, Bailey. 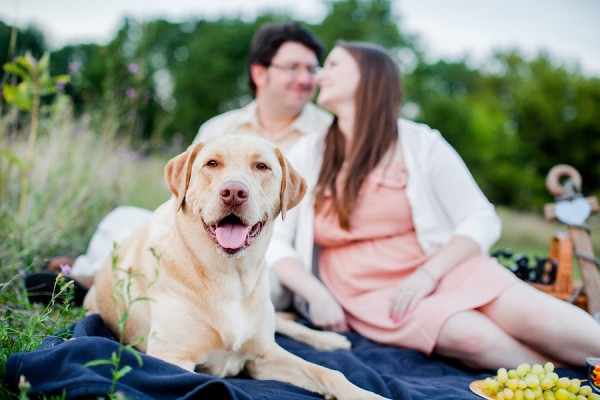 From Christine:  “In the summer of 2009, Dave asked me to move in with him.   I responded with “only if I can get a dog.”   Dave was hesitant to agree with such demands, as he grew up afraid of animals, but he gave in anyway.   And so it began, the search for the perfect dog.   This search was not short, in the least.   I knew I wanted a Golden Retriever, but we kept finding Yellow Labs up for adoption.   Dave noticed a friend of his was trying to get rid of dogs, so to humor him on a Sunday afternoon we drove to 9 puppies.   Some dogs had already been claimed with ribbons tied around their necks.   So we looked around and in the far distance we see a lonesome little pup playing by himself.   He was the only dog to have a brown nose and green eyes and I just knew that I had to have the oddball of the bunch.   It was then that I found my perfect little pup.  Our puppy was very adventurous.   He liked to wonder around the yard, play in water, chase after toys and sticks, play with his brothers and sisters, lay near shoes and eat like no tomorrow.   I told Dave I wanted him, but he replied “Let’s go home and talk this over.”   When we finally arrived back at Dave’s apartment, I asked Dave “Can we get him? Can we? Can we?”   Within minutes we were picking out dog names and we settled on Bailey.   A few weeks later, Dave and I drove back to Adams, NY to pick up our Bailey and we finally found him with a ribbon around his neck.   Everything was perfect, with one small problem.   We had managed to find the perfect dog, but still hadn’t found a place for Dave and I to call OUR home.   And so Bailey brought us to our next adventure in our lives: Finding a place to call home! 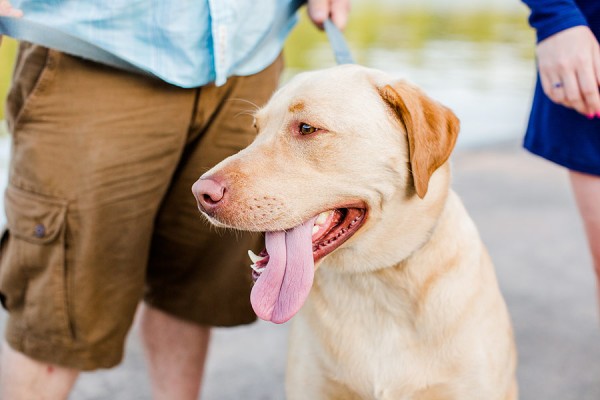 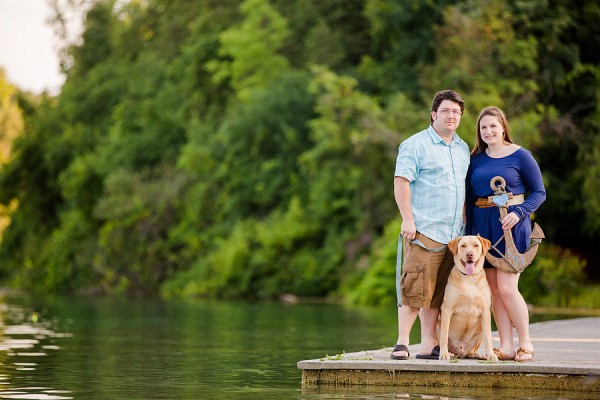 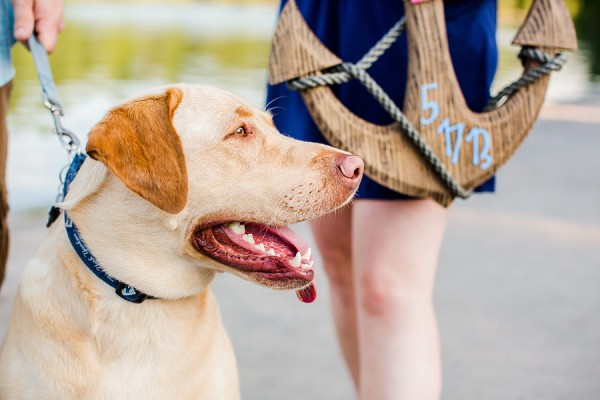 It should seem only fitting that Bailey was one of the main reasons we moved in together, so it shouldn’t be any surprise that he be involved when Dave popped the question.   After almost four years of dating, Dave clipped the engagement ring to Bailey’s collar.   From the living room Dave asked me if I would call the dog up to the bedroom, where I was frivolously grading papers.   I called for Bailey and he came running up the stairs and hopped right into the bed.   Confused by what was around his neck, I turned to my right to find Dave had taken a knee and asked “Will you Marry me?” After the tears and initial shock, I said “yes.”   A moment I will forever cherish. 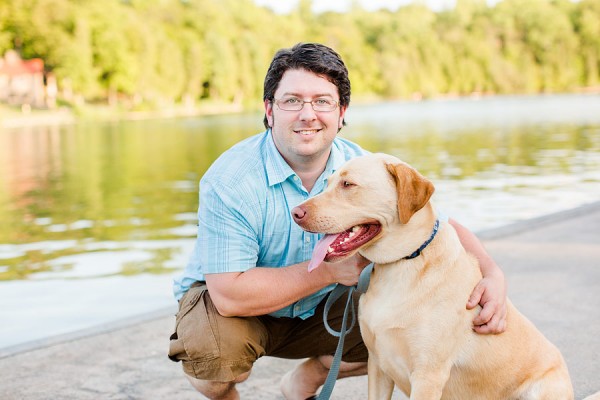 Which brings me to the next step in our lives: Getting Married. The love and joy this wonderful dog has brought Dave and I closer together than ever. We knew that Bailey needed to have a prominent role as we tie the knot. After much discussion, we decided as having Bailey as our ring bearer for our May wedding.  Our perfect beginning began with four little paws! 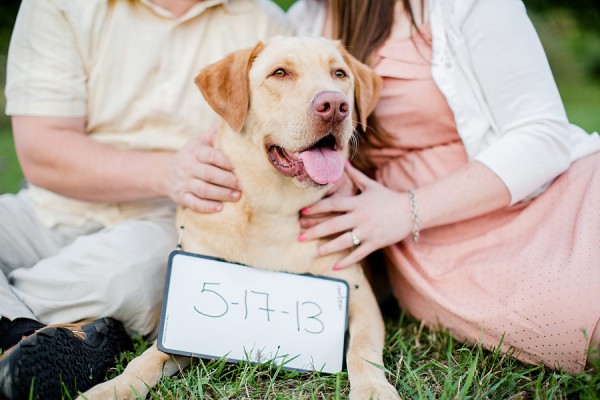 Best wishes to Christine, Dave and Bailey!  I am looking forward to the wedding photos!  You can see more of Leo’s work on his blog.

About Leo Timoshuk Photography:  Based in Syracuse, NY,  Leo is an award winning photographer who specializes in wedding, engagement and portrait photography.