As you know, I’m a huge fan of dogs in engagement photos.  I was thrilled with Lauryn Galloway sent me this photos of adorable mixed breed, Chewie, and his family, Cait and Mason.

From Lauryn:  I had such a great time with this little family during Cait and Mason’s engagements! Chewie is a heart breaker  Mason’s brother tagged along to keep Chewie occupied and happy while we did some of the shoot, but he definitely wanted to be next to Mason and Cait the whole time!

From Cait:  “I’ve always grown up with dogs, most of them rescues so when I went away to nursing school and I there wasn’t a little furry friend around it was weird. When Mason and I moved in together we decided it wasn’t the right time to get a dog since we were busy with school and it wouldn’t be fair to the little pup. Once we graduated, I started looking for a dog immediately. We went to adoption fairs weekly, looked through the adoption websites, and asked around. There were a few dogs we met and fell in love with but it didn’t work out for different reasons (the dog weighed 45 pounds and our apartment complex wouldn’t budge from their 35 pound limit). I had seen Chewie, formally known as Marley on an adoption website and inquired about him when that day we met a dog named Lucy that we absolutely fell in love with. She was perfect for us. We filled out an application and emailed the rescue immediately. The next day, I was told that Lucy had been taken home by someone for a trial and she would most likely be adopted by them. I was heart broken. I started thinking maybe we weren’t meant to have a dog. The next week I got an email back about Marley. I was so surprised he was still available. He was the scruffiest little ball of cuteness I had ever seen. A few days later I begged my then boyfriend to drive out to Amherst and meet him. Unfortuately for Marley, it was not love at first sight. He was rescued along with his brother, Ziggy, from doggy death row at a pound in North Carolina. He didn’t like walking on the leash, he didn’t like car rides, he was scared of nearly everything. I decided on the spot that we would take him home for a trial and at least see if the little guy would settle in. We would have never figured that he would become the most perfect dog we’ve ever had. 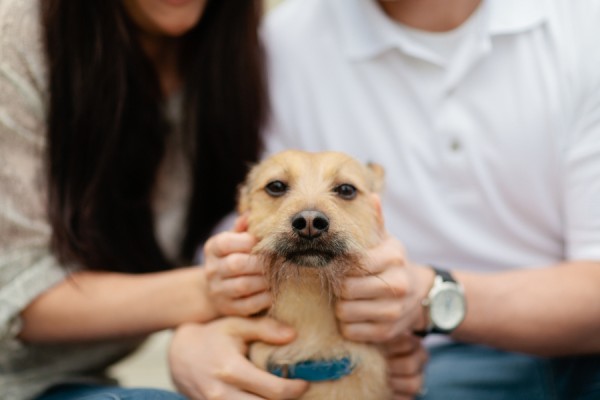 We renamed him Chewie because 1. he has a fumanchu and my fiance loved that about him, and 2. Mason’s dog at home was a big black German Shepherd named Lord Vader and Chewie seemed fitting for the noises little Marley made when he played. 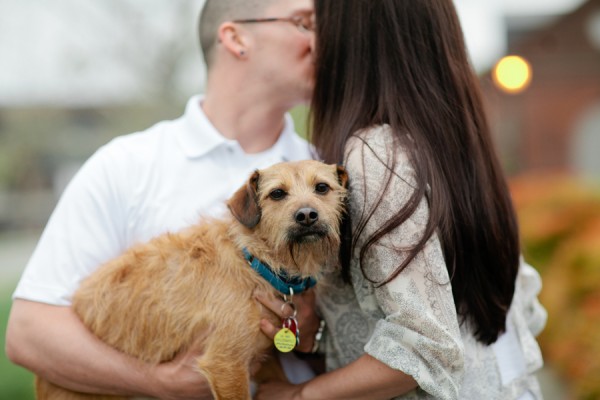 Within mere hours Chewie became part of our little family. The first night he slept in bed with us. He refused to play with all of his toys, but absolutely LOVES bones. He LOVES being petted and if you stop, he’ll remind you by using his paws to direct your hand back to his belly. He also LOVES being outside and chasing squirrels until they realize he’s chasing them, then he becomes more scared of them than they are of him. 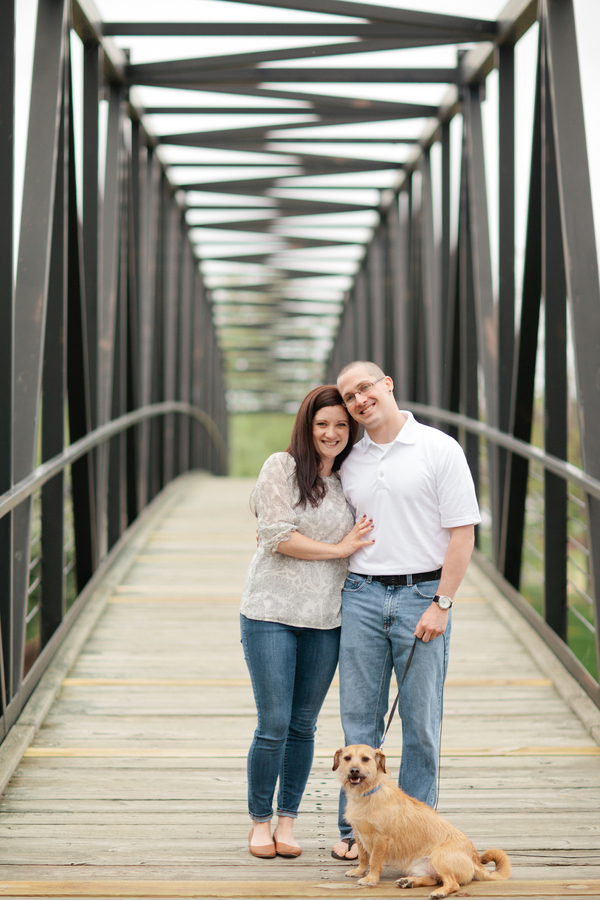 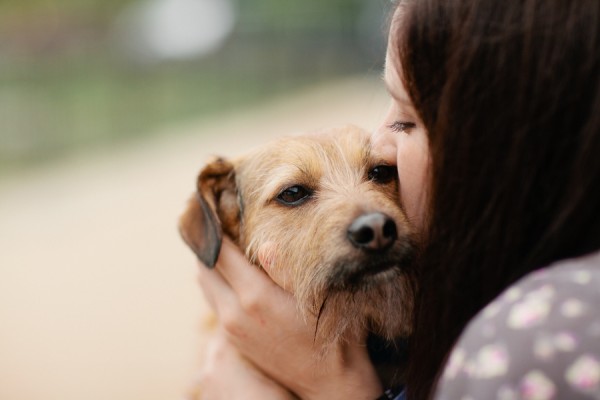 You can see more of this pretty spring engagement session on Lauryn’s blog.

About Lauryn Galloway Photography:  Based in Richmond, VA, Lauryn is a wedding and portrait photographer.