This debonair dog is living a rags to riches story!  I was thrilled when his owner, Dawn Whitmore of Le Caniche Fou sent me photos of Ben and told me his amazing story.

Ben had spent the first part of his life in a bad situation:  a hoarding/puppy mill type place in Minnesota.  While Ben was part of a rescue operation it didn’t seem that his lot had really improved.   He had not been neutered, groomed or socialized: Ben was aggressive to dogs and humans and marked for euthanasia.

Luckily, someone made the call that restarted his life and he was spared.  Ben stayed with a German Shepherd Rescue for a few weeks and then was sent to Baltimore, MD.  Dawn and her boyfriend, Jeremy, went to meet him.

From Dawn:  “Ben (full name Benji though we rarely call him that) was adopted last October from Mid-Atlantic Poodle Rescue. I had been wanting a Standard for years but really wanted to rescue a pup instead of go through a breeder.  He was really skinny and shaved to the bone from his previously matted hair. He walked right over to us and laid down on the ground and put his feet in the air for a belly rub. The woman introducing us was shocked (especially since he’d previously tried to go after men) and he was ours! We’ve done A LOT of training (positive training really works!) and now I’m ridiculously pleased to say that Ben is awesome. He comes everywhere with me, including parties and bbqs. He lives with my boyfriend, myself and our old orange tabby, Maytag.” 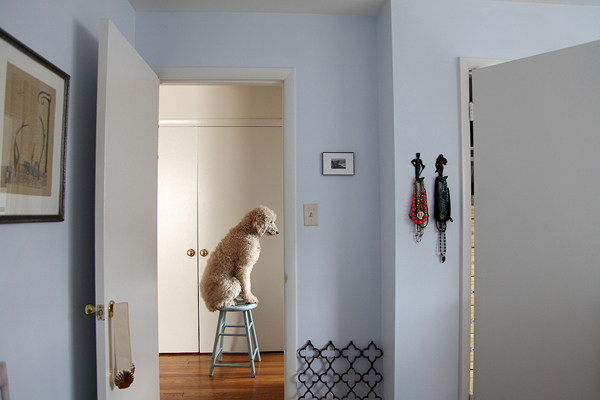 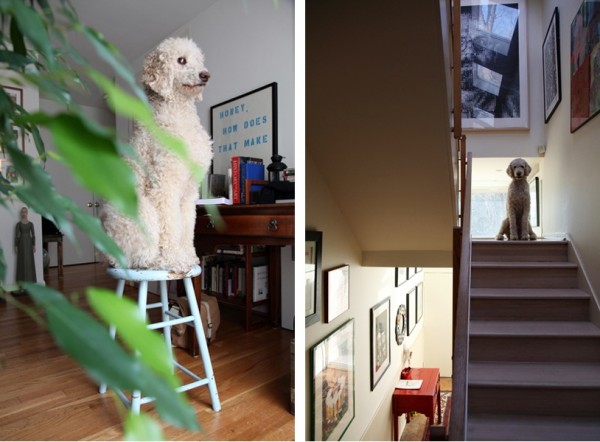 This photo is one of my favorites.  Not only does it show Dawn’s creativity and determination during a power outage, but Ben held that pose for a relatively long time. Pretty impressive for a dog who less than a year ago was on death row for being unmanageable!

Yes, Ben, you are Superdog! 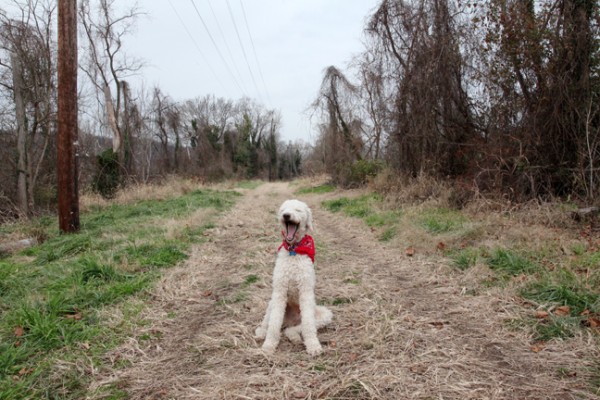 Ben is a case of “it was meant to be”.  He endured so much and then when he met Dawn and Jeremy, he knew he was home. If you’ve ever volunteered or donated to a shelter, then you are a small part of Ben’s story.  Thanks to people like you, there are thousands of stories like Ben’s, and that’s something we should all be proud of!

You can see more of Ben on  The Crazy Poodle.

About Le Caniche Fou:  Based in Washington, DC Dawn Whitmore  is  an on location pet photographer.  She captures the authentic demeanor of your pet in natural in a creative and unique style.  Le Caniche Fou is French for the crazy poodle and was named in honor of Ben.