CharlieDog and Friends is a company that I’ve been very excited about.  Its a company with heart and soul that is working towards making a difference for homeless dogs by donating a portion of the proceeds.  CharlieDog was created with two goals: make the highest-quality stuffed animals, based on real-life shelter adoption success stories.   And to raise money for cash-strapped rescue groups and the shelters from which the real-life animals came. 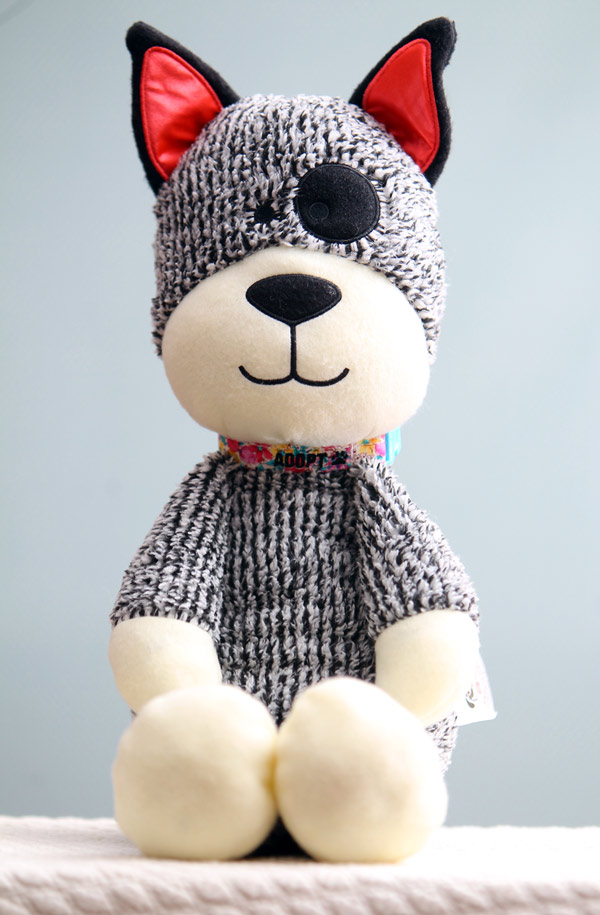 From Suzy (founder of CharlieDogs): “When I began planning CharlieDog and Friends last fall, it wasn’t because I wanted to run a toy company.  I wanted to do something — anything — to encourage people to adopt their next pet, rather than purchase one from a breeder or other commercial source.  CharlieDog and Friends would be the first soft toys — the first we knew of, anyway —  to be based on real-life animal shelter adoption success stories.  Their hang tags would tell their stories, with emphasis on the “happily ever after” ending, and promote the shelters from which they came. They’d have serial numbers and colorful fabric collars, embroidered with the word “Adopt”,  that could be removed and worn as bracelets.   And, most importantly, make our toy company into a little fund-raising engine for animal shelter and rescue causes.   The sales of each toy will benefit the rescue organization that saved their life. 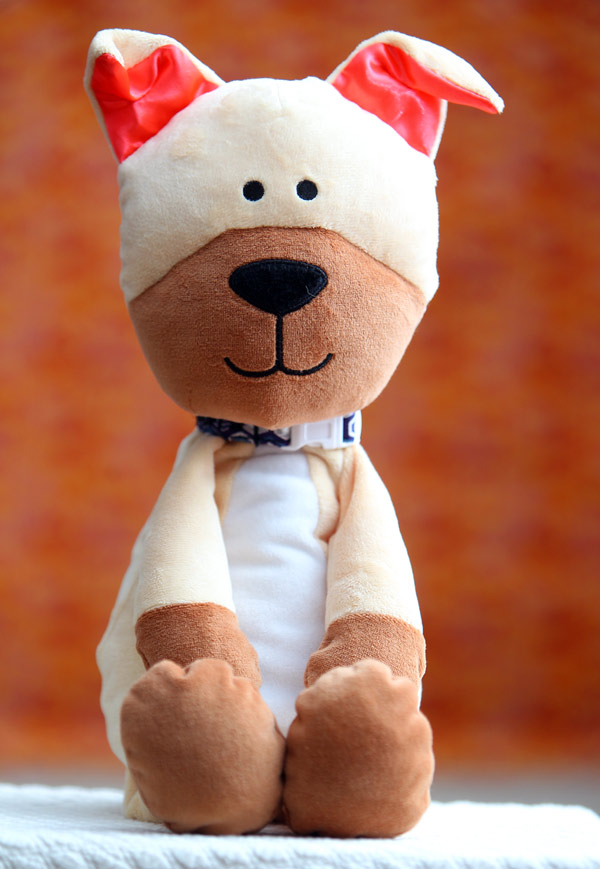 There is something bittersweet about bringing a dog home from the shelter, because for every one you adopt, there are about a million more equally-deserving dogs that will never see a home, will never know a life outside the crate of a shelter.  And the problem isn’t that there aren’t enough homes to go to every dog.  Of the 23 million people that will get an animal next year, 17 million have not decided whether they will adopt or buy.  If they could be convinced to adopt, that’s 17 million people vying for 3 million homeless pets in America.” 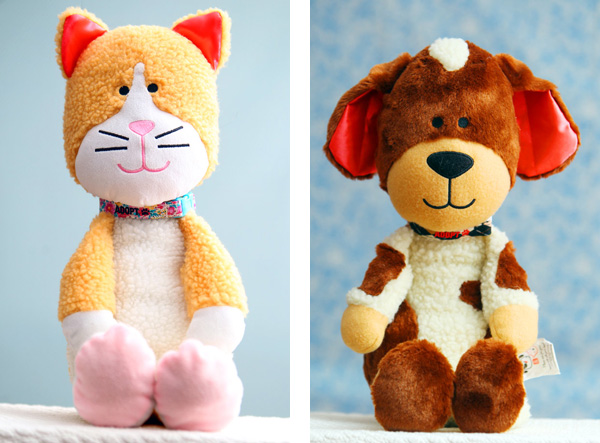 These stuffed animals are adorable and are made of high quality materials in the United States.  With a portion of sales benefiting homeless animals and rescue groups this is easily a company that I am happy to support.  I can’t think of a better gift to buy this year for the holiday toy drives!  Kids love stuffed animals and CharlieDog stuffed animals will get people thinking about being involved with rescue animals!

You can order your own CharlieDog friend and bracelet here.

About CharlieDog and Friends:   CharlieDogs (and collar bracelets) will be available starting in August 2012.  Proceeds benefit NYC SecondChance Rescue, with further donations made to the rescue organizations from which the real-life adopted dogs and cats came.  Sales of  Charlie and Clyde benefit Pets Alive Westchester (the no-kill shelter from which they were adopted) in Elmsford, New York.  For retail information, email [email protected]