When I was a little girl, my grandparents had a Dalmatian mix  named Jack.  He was totally awesome, but the thing that stood out most was he had one blue eye and one brown eye.  Possibly because of Jack, I’ve always loved a dog with different colored eyes.  So its no surprise that I think Kiwi  who was photographed by Lacey Rabalais is gorgeous. 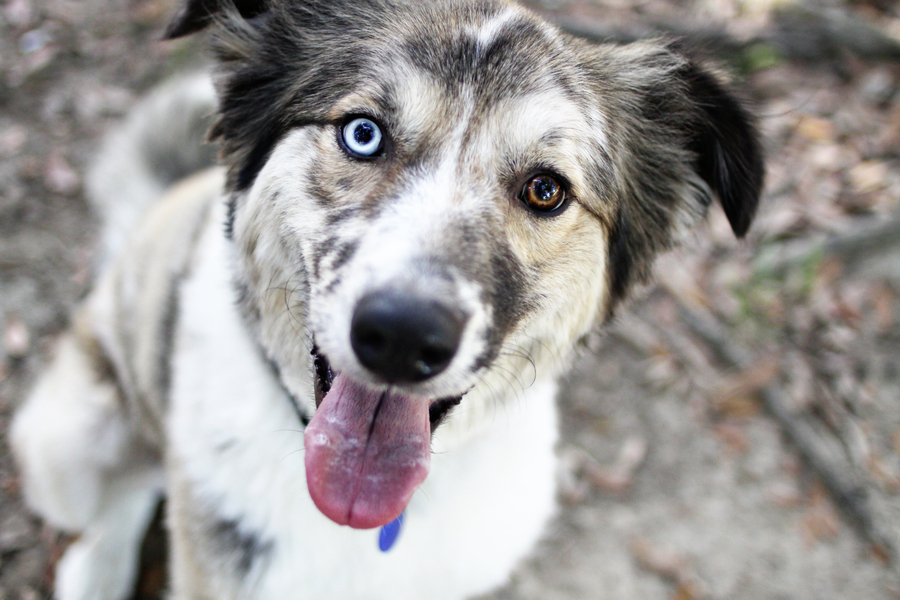 From Lisa “Kiwi was a rescue, but just from a ditch on the side of the road.  The vet guessed she was about 10 weeks when she was found, no mother dog or any brothers or sisters.  Telling the story now, with 3 years of love invested, I know how insanely lucky I was, my sweet puppy had Parvo, but the timing of finding her was perfect and in those first 5 days of having her, after the IV’s and meds at the vet, she beat it.  I really have no idea of her breed, yes, (sheepish) I have done one of those dog DNA tests, but she came back only low level matches to any breed and her best matches included Golden Retriever, Cocker Spaniel, Pekingese, and German Short Haired Pointer, in that order!  Otherwise, most people guess Australian Shepherd, although I get a lot of Catahoula guesses (…it is the Louisiana state dog) because of the mixed blue/brown eye colors. 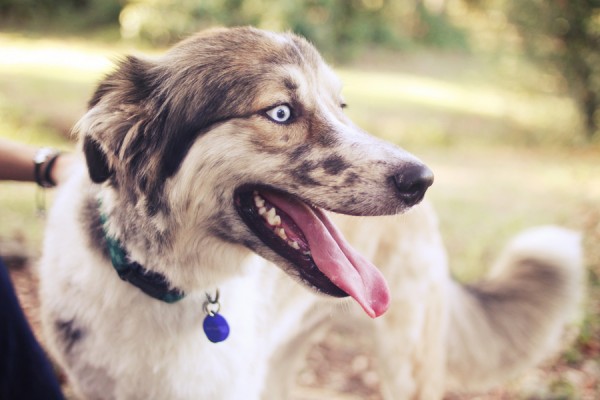 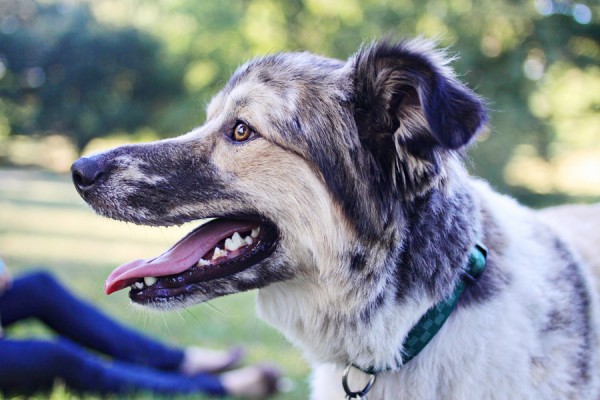 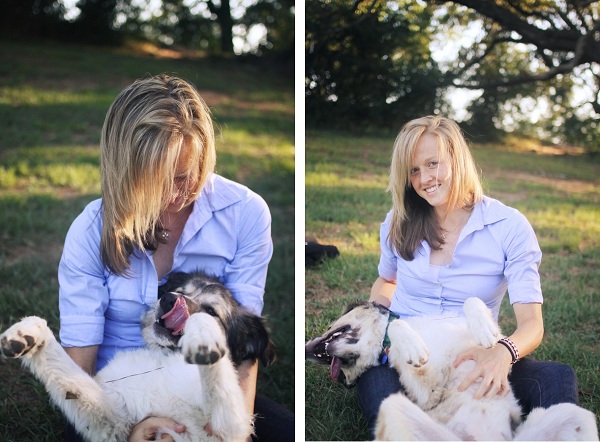 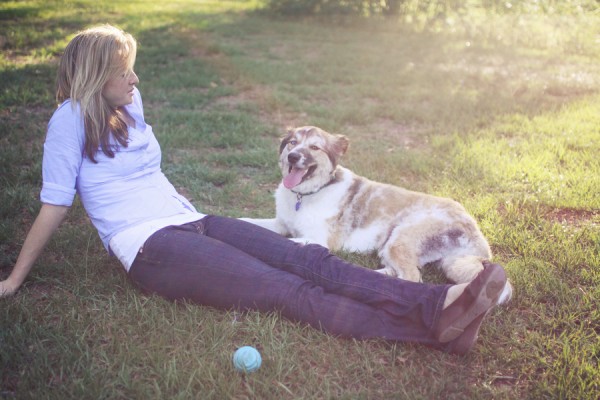 Her favorite things? What isn’t!? She is quite literally a 60 lb bundle of pure Love.  There isn’t an adult, child or dog she’s met that she doesn’t want to be new best friends with immediately and I’d swear she was built for it, she’s got the softest fur, which lends to most people, (even new best friends aka. complete strangers) to loving her back just a little longer than maybe they otherwise would.  Outside working hours, she goes everywhere with me and especially enjoys all my sporting endeavors – running around the soccer fields, running around the kickball fields, and just running.  I had dogs as a kid, but Kiwi takes the cake, I couldn’t ask for a better temperament or one that complements mine so perfectly. Haha, she’s my dog soulmate. Even my human better half would agree with that statement, and I’m one lucky girl to have his willingness to share- and to try to love Kiwi as much as I do.”

You can see more of  Lacey’s photography on her  blog.

About Lacey Rabalais Photography:  Based in Baton Rouge, Louisiana, Lacey is a wedding, lifestyle, and pet photographer who loves to travel.