These photos from Jessica Cobb Pet Photography caught my eye because they are simply gorgeous, but when I read the story, I knew that I had to share. Spoiler alert: it has the happiest of endings!  Many photographers volunteer their time and talent to help save dogs, and Jessica Cobb is one of them.  However, there are a couple of photos she wasn’t expecting to take that made all the difference for one puppy. 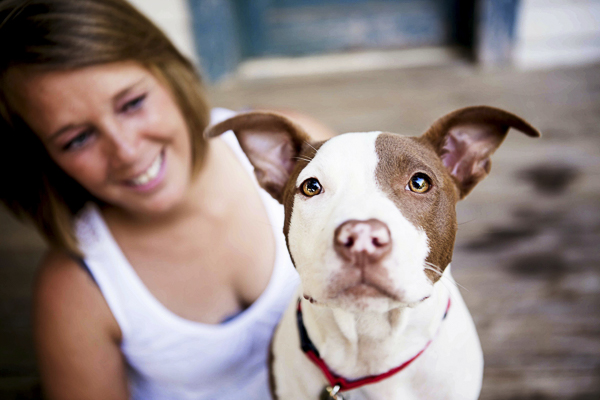 From Jessica:  “As I was leaving a pet-sitting client’s house a couple months ago, I just happened to turn right out of their drive and down the road instead of the normal route I would have taken which would have had me turning left and I would never have seen her. There she was……a very small puppy curled up in a tiny ball, not moving on an abandoned couch in front of an abandoned house. I had no idea what to do but knew I couldn’t possibly just continue driving like I had never seen her in the first place. I approached her to take a couple of pictures to see if I could get some assistance and as I approached, it was all she could do to let out a small, weak growl…..her last means of protection. She was skin and bones, had a rectal prolapse and honestly……I wasn’t sure how long she would live. I immediately posted her pictures and a plea for help on one of our local FB pages and an amazing woman named Marie immediately messaged me. We were able to speak briefly and she rushed over to pick up the puppy and take her to the vet’s office. It was uncertain whether or not she would even make it in her weakened and malnourished condition. But….she did. She has pulled through and after weeks of TLC, a surgery for her prolapse, days of passing couch stuffing (it must have been how she was existing) and much love and care……meet Hope! 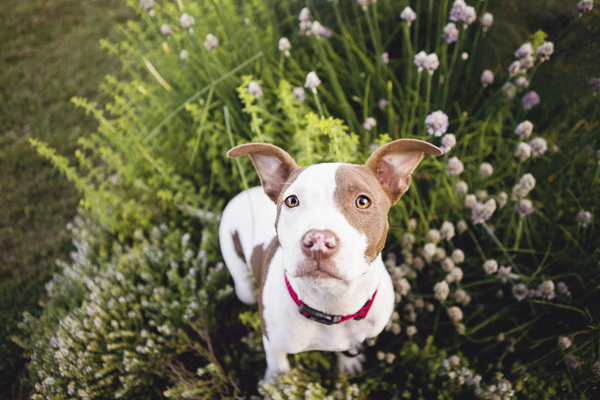 Marie had planned on adopting her out once she was well but ended up falling in love instead. After seeing Hope once again today, I can totally see why. She is such a calm and sweet little lovebug. She is currently 7 months old and because she was so malnourished at a young age, she only weighs 23 pounds as opposed to the 40 something that she should weigh and will always be a small pittie. 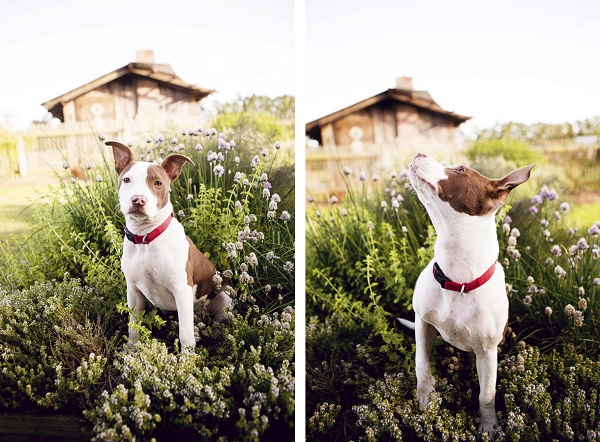 Small package, big personality. This shoot is very near to my heart and I’m so glad to have played a small part in her now amazing life and so so thankful for people like Marie who don’t think twice about helping an animal in need.” 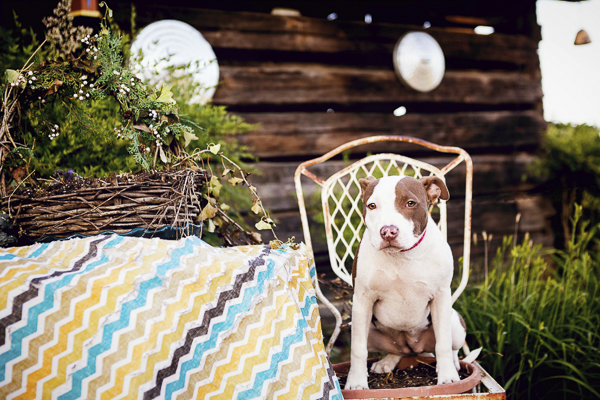 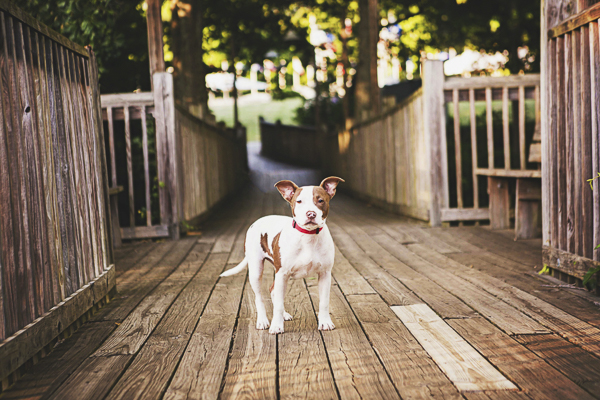 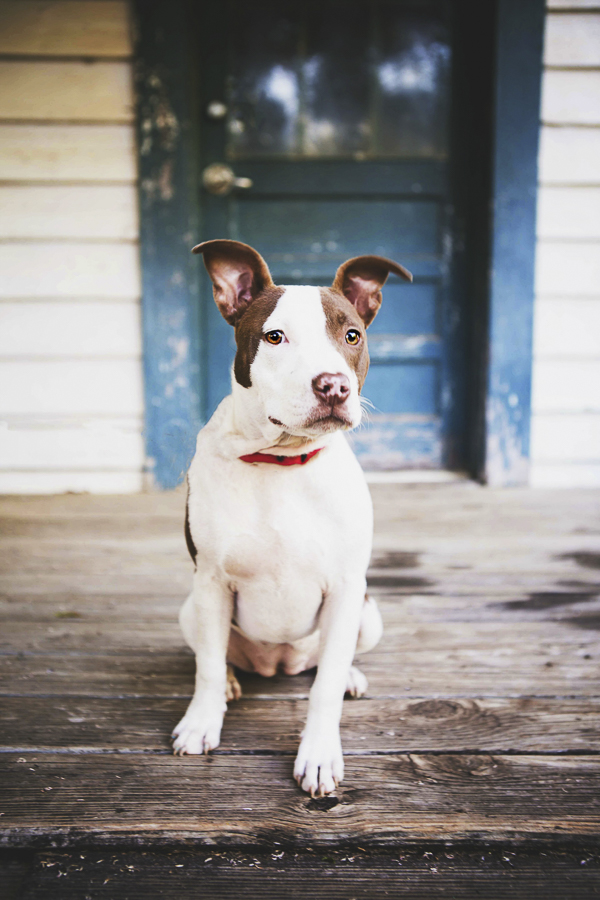 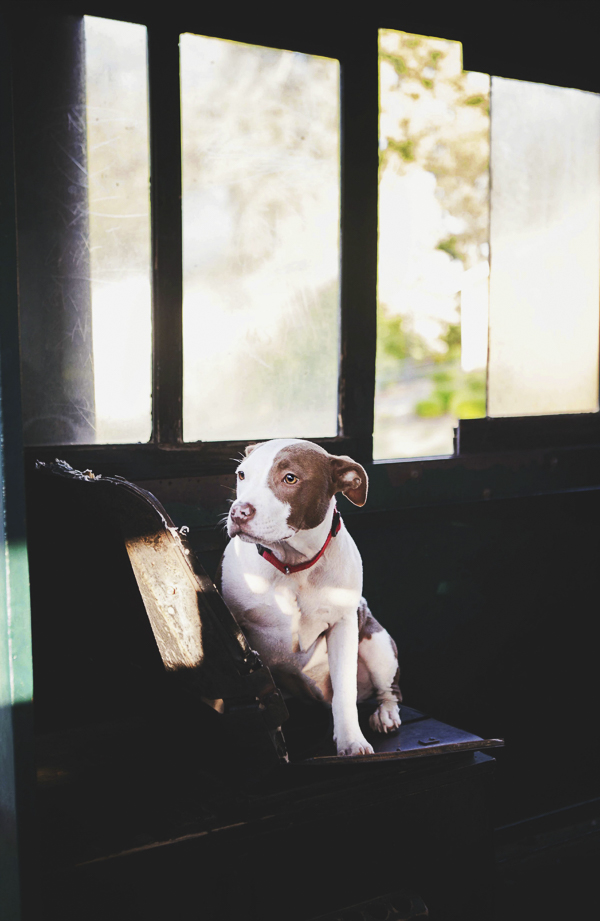 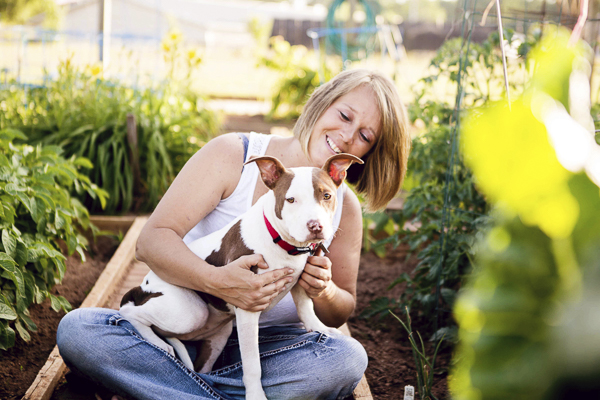 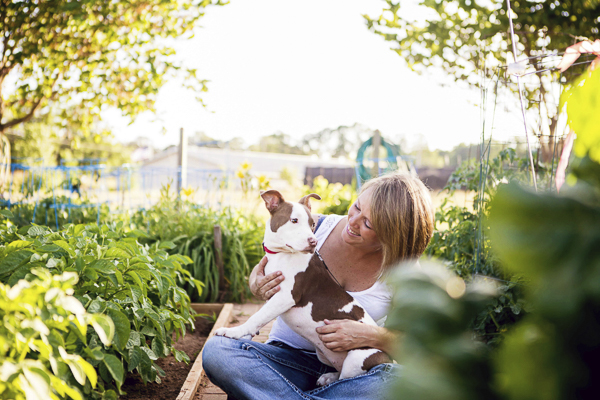 I shudder to think what would have happened to Hope if Jessica hadn’t turned right instead of left that day.  Thankfully Jessica is who she is, and stopped her car and made a decision that I’m sure saved Hope’s life.

I think Hope has several heroes in her life:  Jessica, Marie, and the vet team that treated her.

You can see more photos of Hope (including her photos when Jessica found her) on Jessica Cobb Pet Photography on Facebook including this post.

About Jessica Cobb Pet Photography:  Based in Griffin, Georgia, Jessica Cobb specializes in on-location dog photography.  Jessica volunteers her time and talent photographing adoptable dogs for Dolly Goodpuppy Society. In addition to photography, Jessica also owns and operates Zoomies pet-sitting & dog walking.  She has three dogs of her own.