Disclosure:  This post contains affiliate links.  If you make a purchase through a link, Daily Dog Tag will earn a small fee at no additional cost to you.

One of the best things I ever did was to adopt an adult dog, Theo. But I admit that sometimes I wished I knew more about Theo and his early years.  I can only imagine what he was like as a puppy, how cute he must have been chasing a ball around and wagging his curly tail everywhere he went. 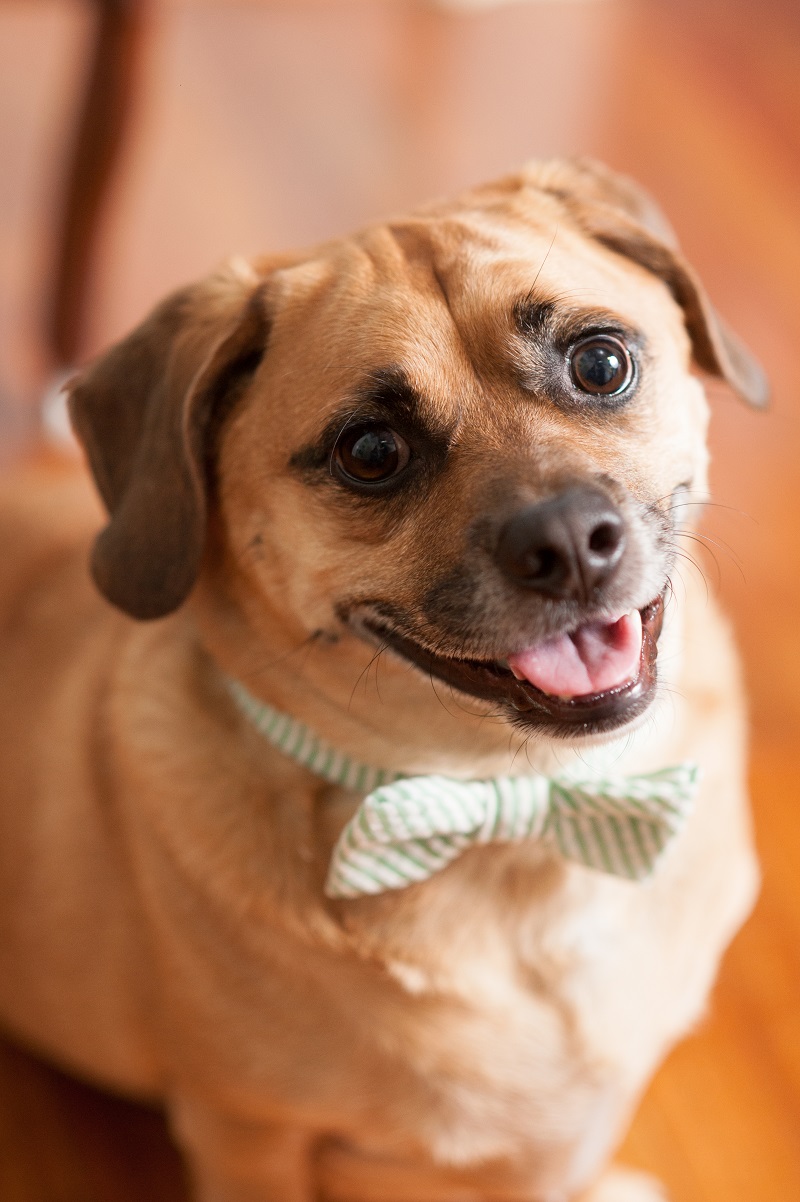 Theo shortly after we adopted him, 2013.

When we adopted Theo, there wasn’t a lot of information about him.  The volunteer said that he was probably between four and five years old.  And she remembered that the woman who dropped him off at the shelter was very sad about leaving him behind.

He settled into our family pretty quickly.  We talked about changing Theo’s name but decided he responded well to his name, and we liked it too.  He bonded with our kids, our other dogs, and even became friends with our cat.

I was grateful that he was a part of our family and thankful for the person who loved him first.  So I wanted to get a message to the woman who dropped him off at the shelter.  I wanted her to know that Theo was well-loved.  My plan was simple; call the vet’s office on his rabies tag and ask them to let her know that Theo was okay.   By the time I had dialed the number,  I  was mentally arranging a visit for Theo and his former human for some quality time. I thought she would tell me about his puppyhood and some of his quirks.

Unfortunately, the vet’s office was unable or unwilling to help. At that moment, my pet detective career came to a screeching halt.

I realized that a DNA test might offer clues to Theo’s health and ancestry, but unless he started speaking English, his past would remain a mystery.  Through the years,  I often wondered why he ended up at the shelter, but never faulted the woman who dropped him off at the shelter.  If she had been able to keep him, we wouldn’t have him.

Then one day, out of the blue, I received a message on Facebook.

“Hi. I came across the Daily Dog Tag site, and I immediately recognized your dog, Theo. We almost adopted him a few years ago. He has a long story, but I’m glad he’s found a good home. Theo lived with a family in Manhattan that had to give him up because he became overprotective of their baby. He came to stay with us overnight as a trial visit, but he kept chasing our cat, so we decided it wasn’t a good fit.

That was 2011. The family said he got adopted by a woman who fell in love with him, but I guess she had to give him up to the shelter where you got him. Theo is a sweetheart with a great personality. At the local dog park, he was known as “Roastie” because he looked like roast beef. I have pictures of him from back then if you’d like. I’m glad he has found a good home. Best, Larry”

My first thought was it must be a Theo doppelganger because I thought Theo only had one previous family and had lived in the Syracuse area all of his life.    But then I looked at the photos.

He looks like the same dog to us, and his personality when we met him was almost exactly like Larry described him.

Larry confirmed that Roastie also went by the name of Theo back in 2011.  No wonder he answered to it when we adopted him!

Theo is hilarious, ridiculously cuddly, and has stolen our hearts.   At the time of adoption, we had to sign a waiver acknowledging that he chased cats. After three days in our home, Theo was trying to protect us from strangers.   Theo has mellowed over the years,  and now happily greets our guests. When he came home with us in 2013, he tried to chase our cat, but in a matter of days, he realized that the cat was the boss. I don’t know what his circumstances were between 2011 and 2013, but I’d love to know more about his former life!

I’m so glad that Larry reached out and shared part of Theo’s past. Mostly, I am grateful to all the people who loved him before us. Their kindness helped him to be the awesome dog he is now. Although we aren’t his first family, Theo belongs with us now.  We can’t imagine ever letting him go!

Unless otherwise noted, all photos by Alice G Patterson Photography.