Just in time for Christmas, I have a heartwarming story to share about Charlie-Bear the cat.   Debra, from misterdebs Photography, photographed Charlie. I think that Disney should make a movie about Charlie. 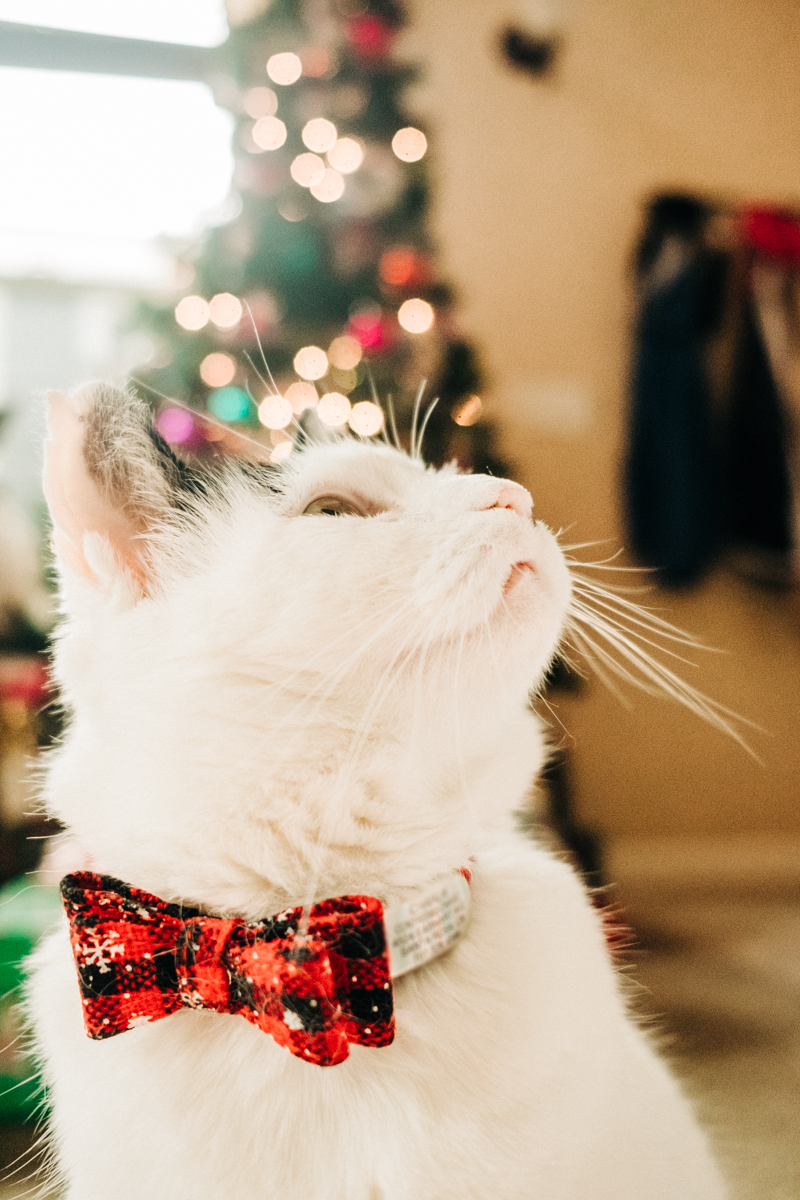 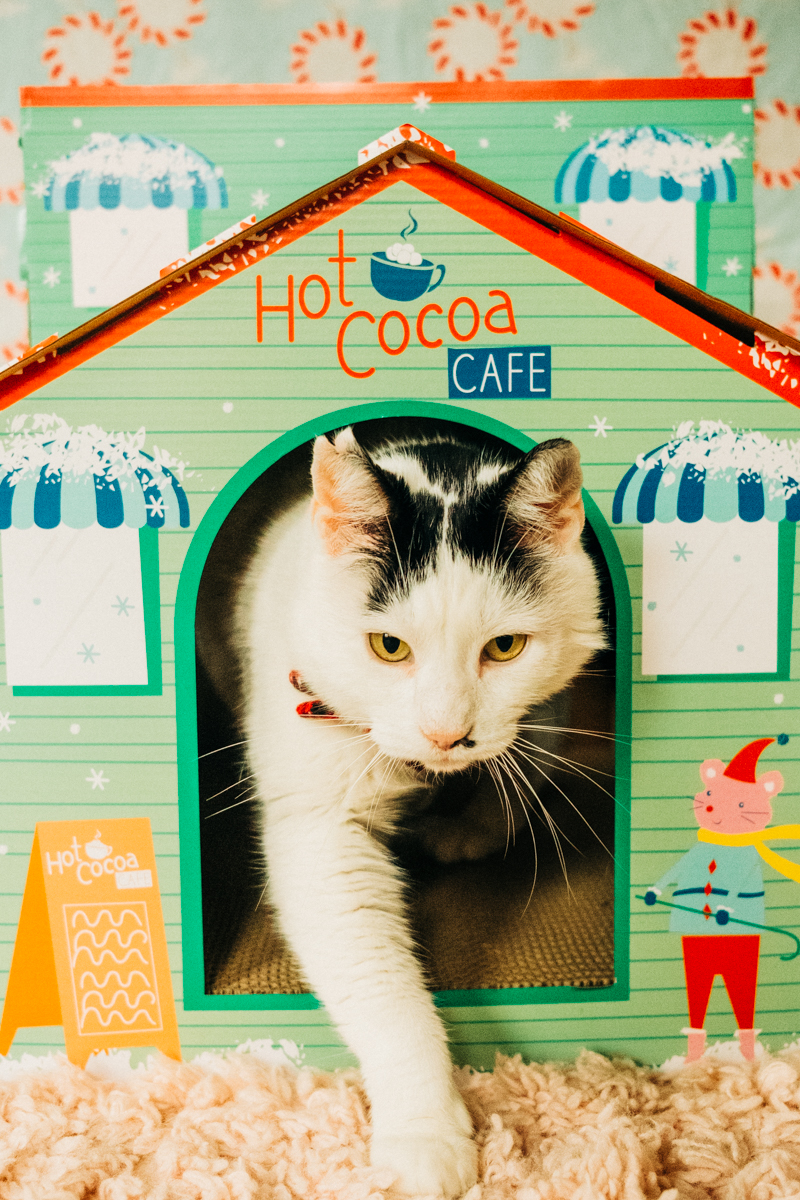 When Ana and Edwin bought their house, they decided to bring Charlie with them. They took him to the vet, and lo and behold; the vet said that Charlie is actually a girl, not a boy! Perhaps she meowed so often because everyone kept calling her a boy all those years. The vet estimated Charlie to be about seven years old, based on her teeth and health. 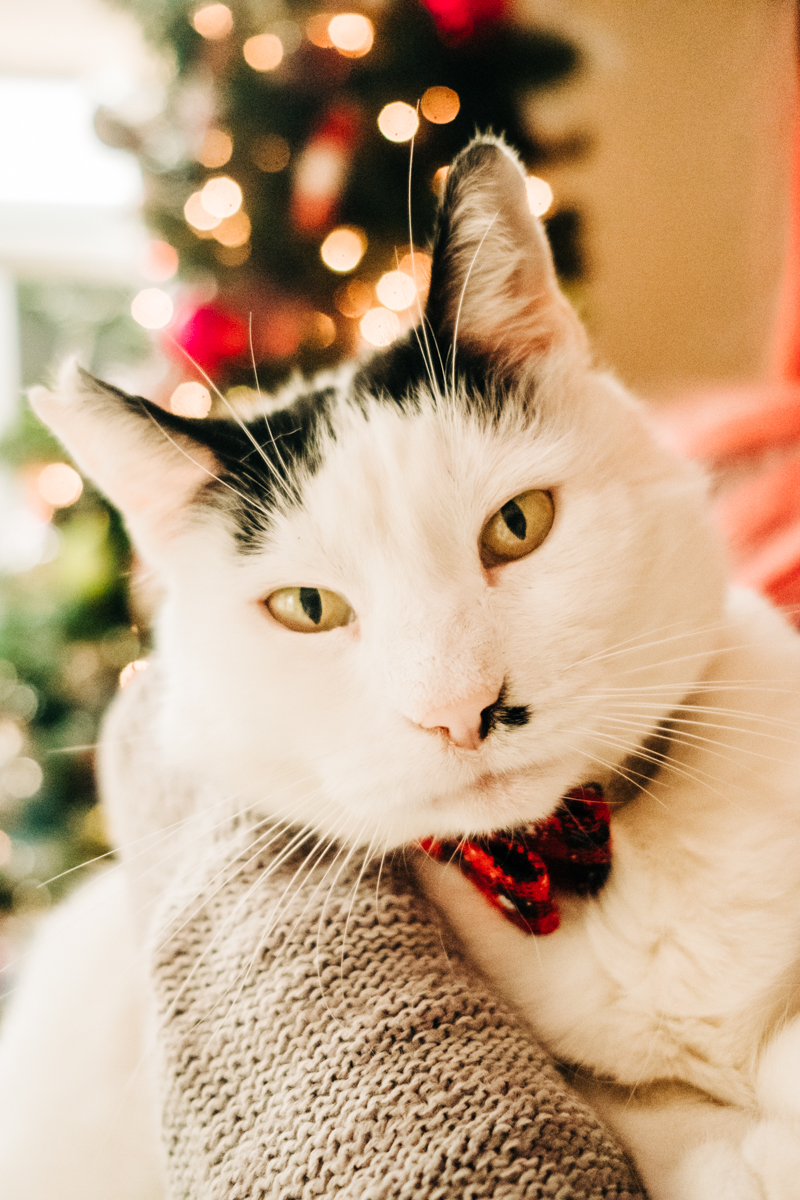 Charlie-Bear, as she is affectionately called, enjoys rolling around in the dirt. She is so vocal and definitely not afraid to tell you what she thinks. Ana and Edwin wanted to have Christmas photos done focusing on Charlie, seeing as she had a rough life living out in the streets and now she’s living the good life in a warm house with beds and scratchers to sleep on. She’s gotten a little bit bigger since moving in as she no longer has to hunt for scraps when she was living on the streets- she loves eating her dry and wet food. 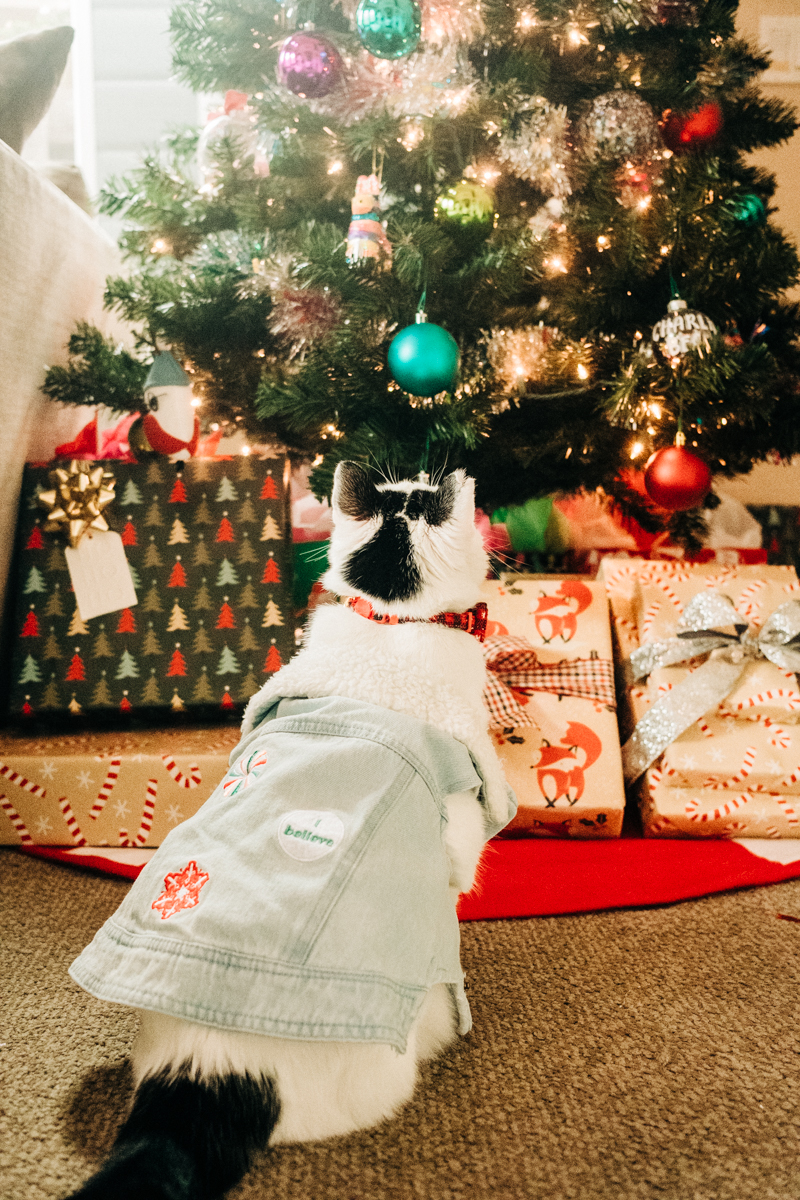 She wasn’t too keen on posing around the Christmas tree, so we had to make a lot of kissing noises and use catnip and treats. After that, we just let her do her thing and captured some candids. Charlie-Bear is the love of Ana and Edwin’s lives, and they’re reminded every day how lucky they are to have her.” 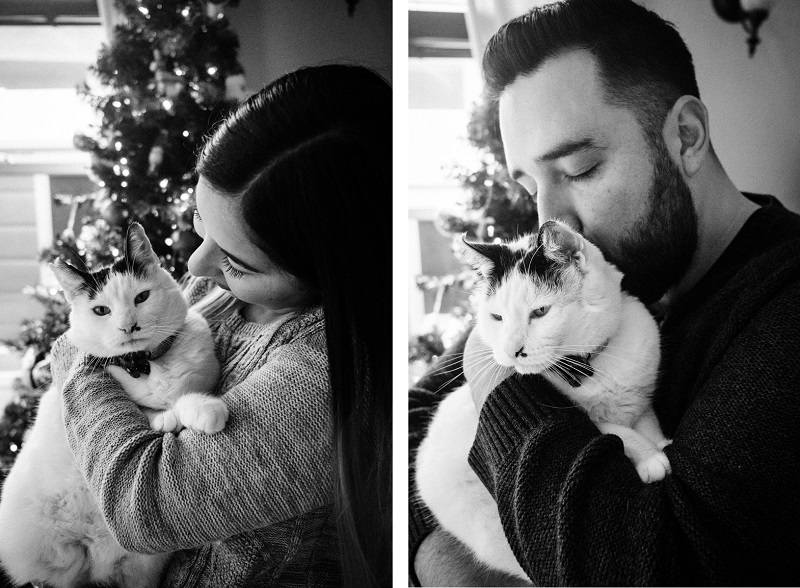 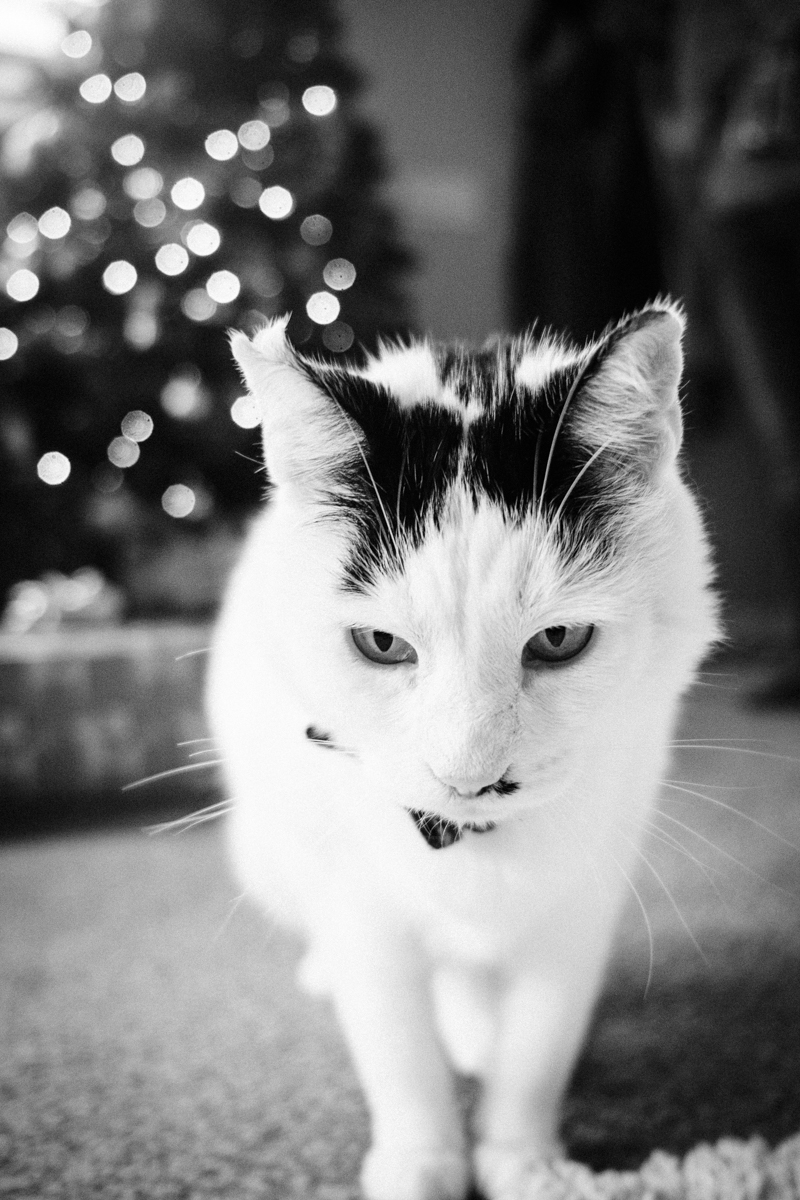 About misterdebs Photography:  Based in the San Francisco Bay Area and Sonoma County, Debs specializes in portraits and wedding photography.