I always love to see couples include their dog in their engagement session.  Handsome Huxley, the German Shorthaired Pointer, joined his humans for part of their session with Austin wedding photographers and videographers Joshua and Parisa. 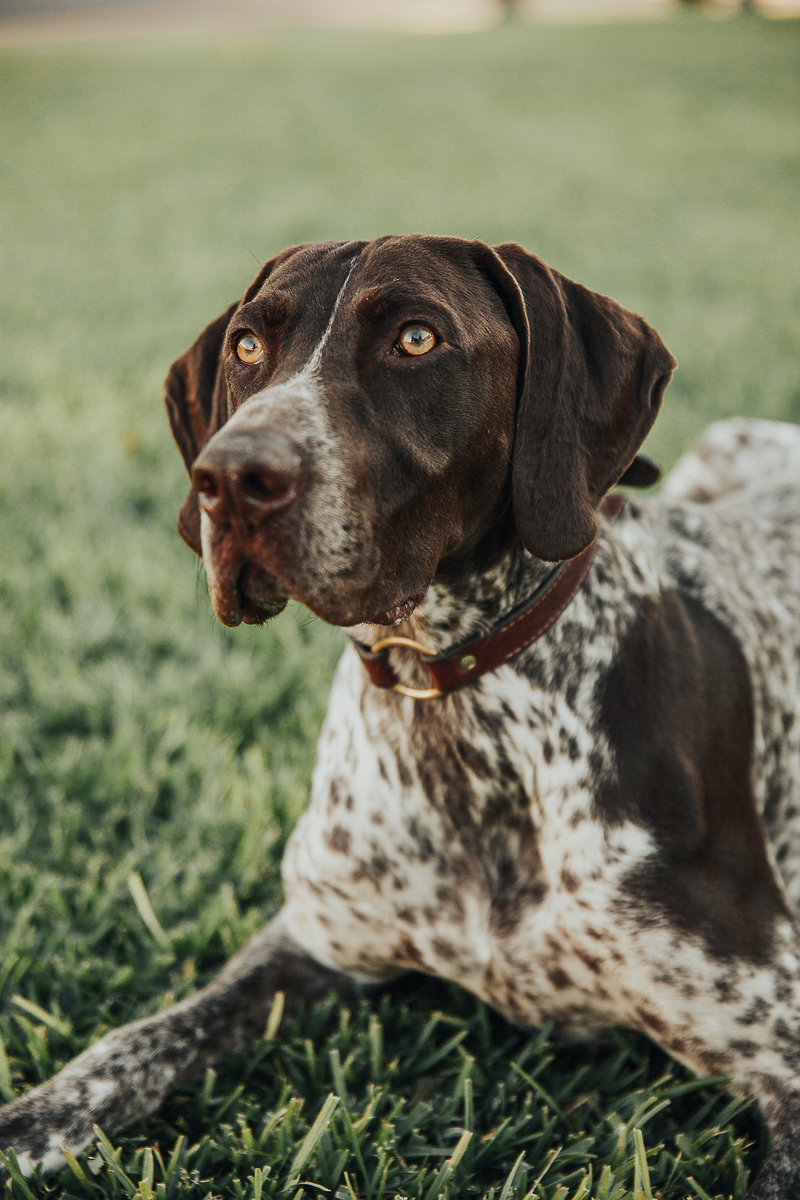 From Joshua and Parisa:  “After about an hour of shooting downtown with Ali and Craig, an awesome friend of theirs brought their adorable puppy Huxley in for the last half hour of the session. 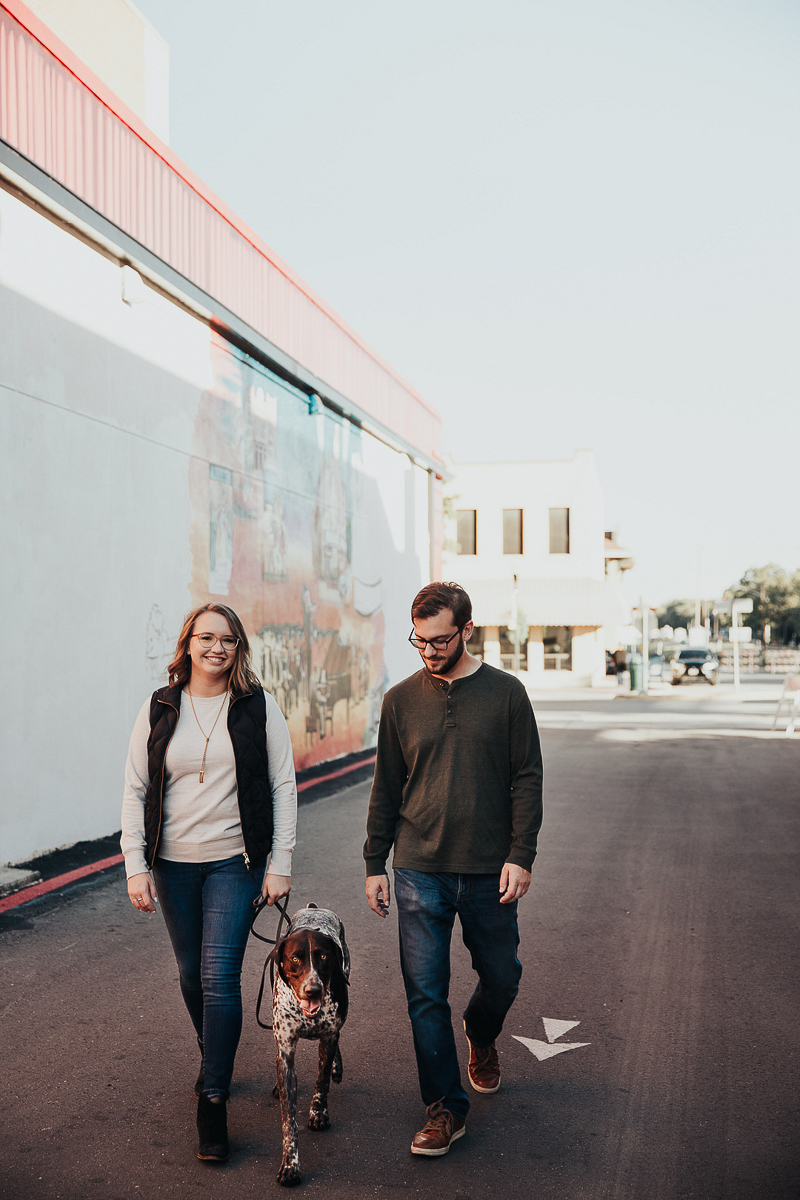 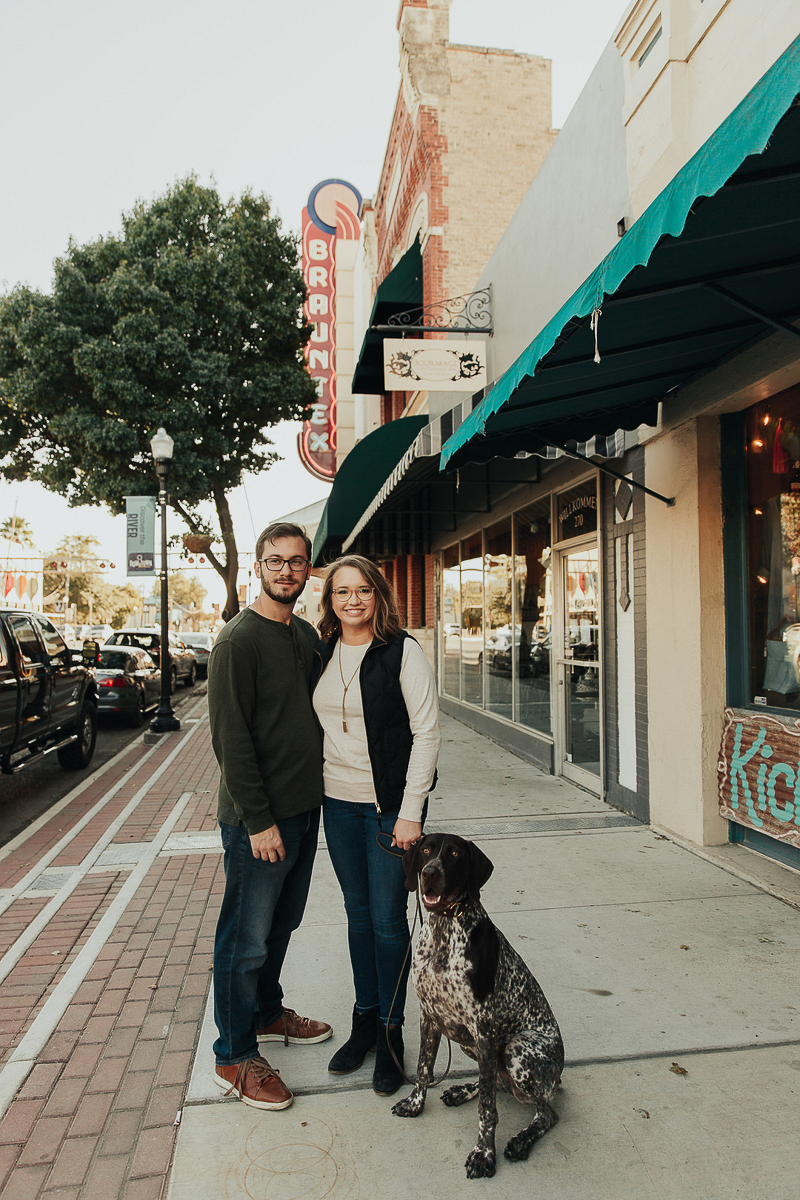 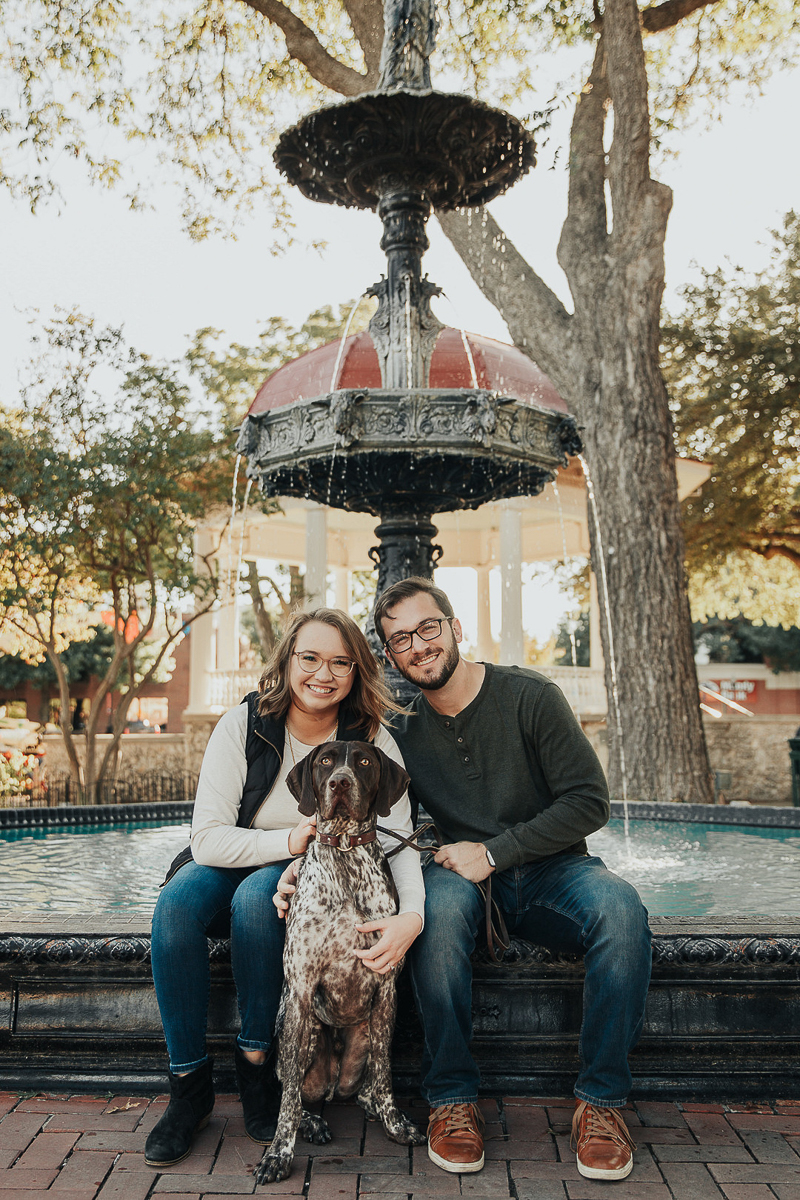 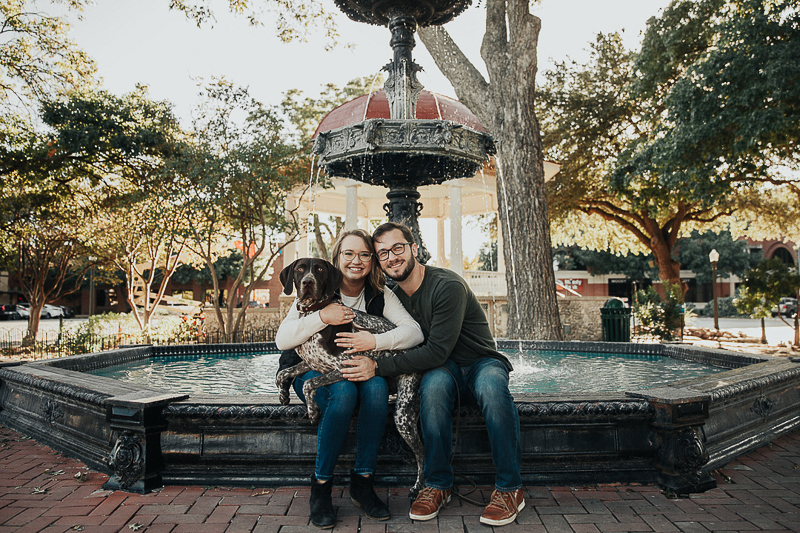 We found an amazing spot with a super cute background of the downtown area to give Huxley an open area to have some fun!” 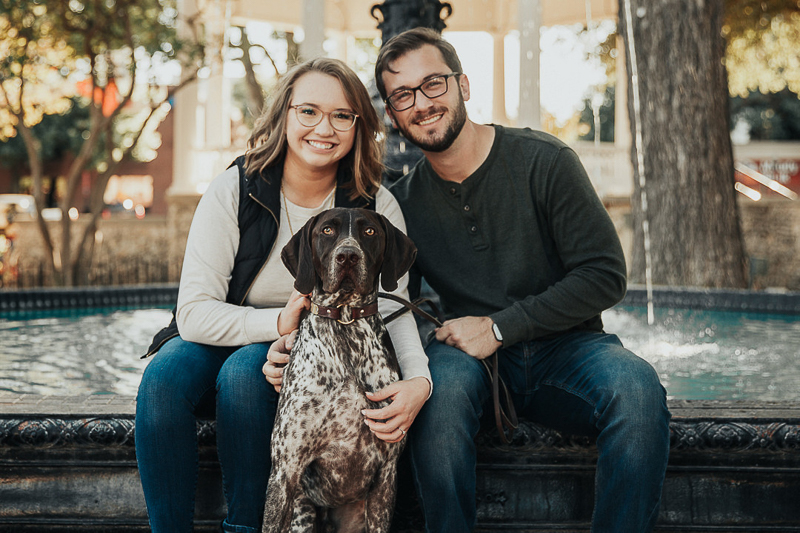 From Ali and Craig:  “Huxley is a 2-year-old German Shorthaired Pointer. He goes by many names, of which “Huxley” is used the least. Hux-Deluxe can be found running laps at the local park, “patrolling” his backyard, or at daycare playing with his friends. 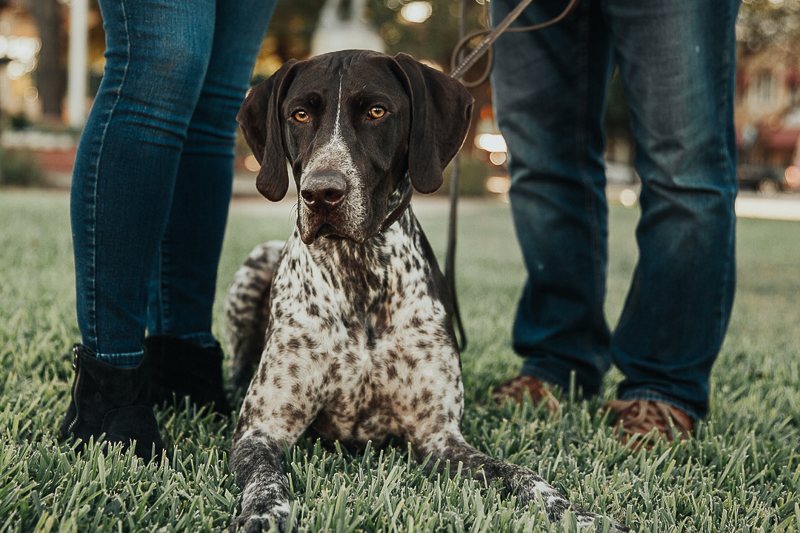 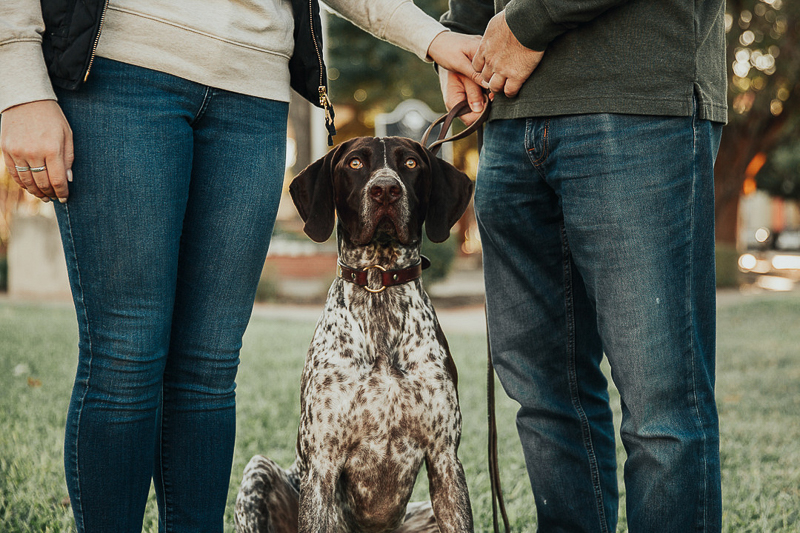 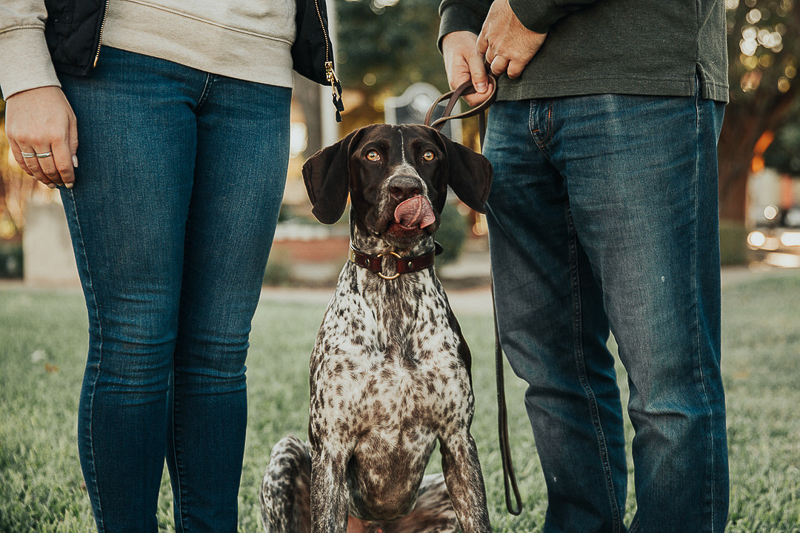 Mr. Nubs also enjoys all food and will do ANYTHING for a treat, especially cheese. Big-Booty loves butt scratches and swimming but will NOT go out in the rain. 75lbs of love, Nibbins enjoys cuddles (usually at inopportune moments) and thinks he’s a lap dog. 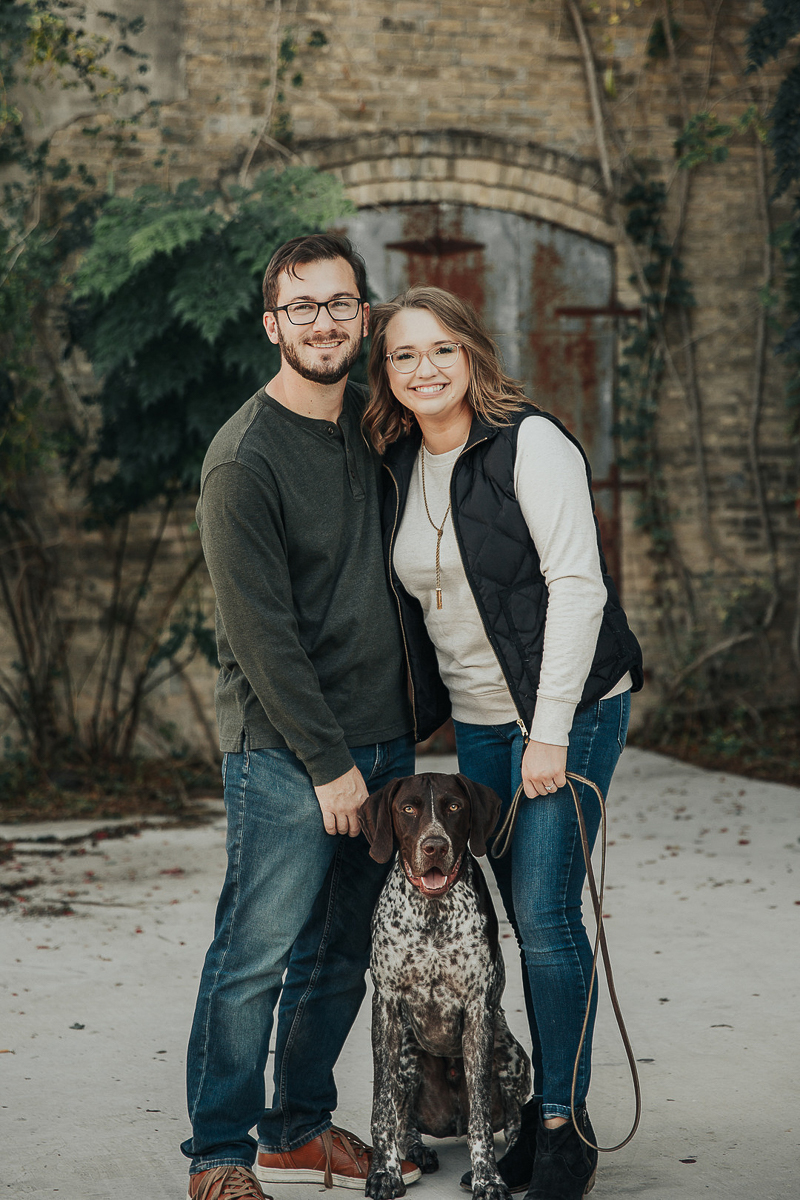 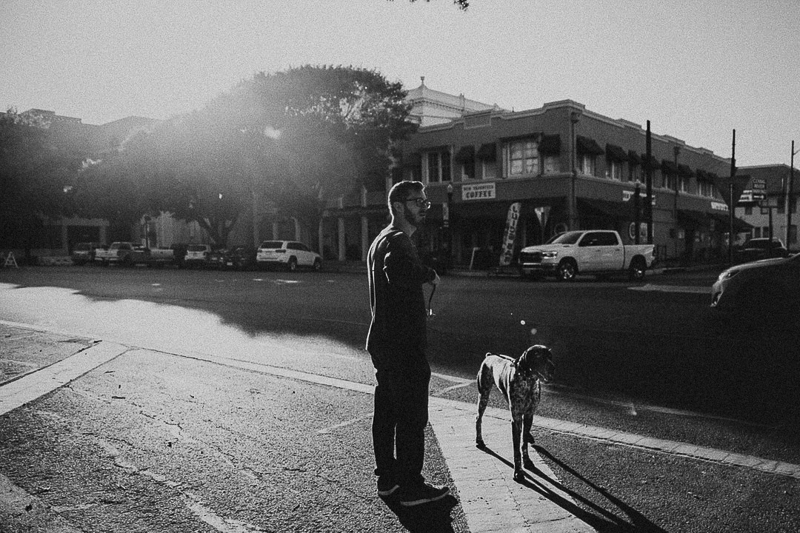 Find a pet-friendly photographer near you!