Pugs are one of the most identifiable breeds of dogs.  As puppies, their flat faces, massive eyes, and concerned wrinkles are endearing, but I think older Pugs are the cutest!  These photos from Mei Lin Barral show off just adorable Howie the Pug is. 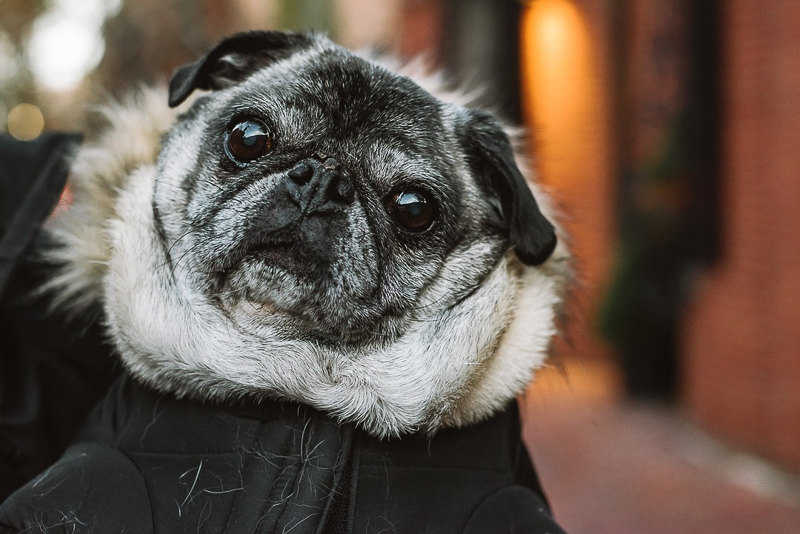 From Mei Lin:  “Howie, or as he’s better known on Instagram as ‘a pug named Howard’ was an absolute star during his portrait session with his mom! 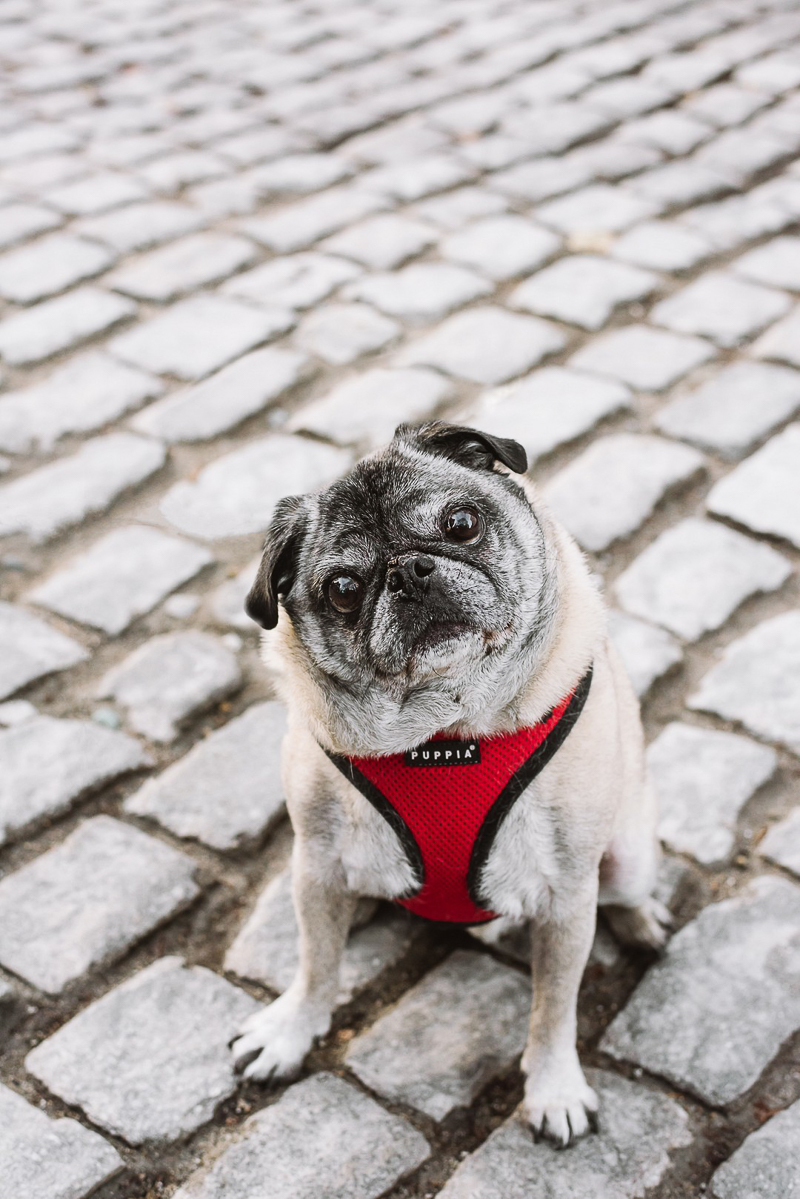 The South End in Boston was a beautiful location for portraits because of its timeless Boston brick and cobblestone streets. 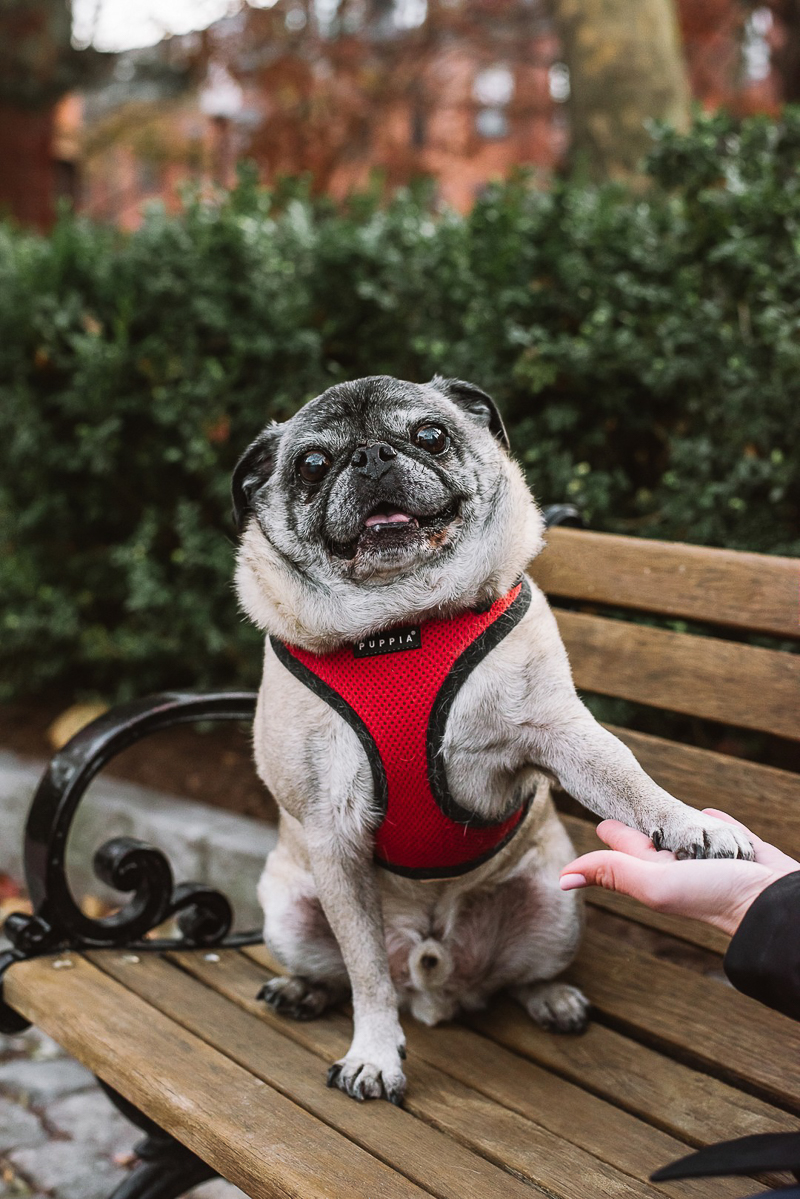 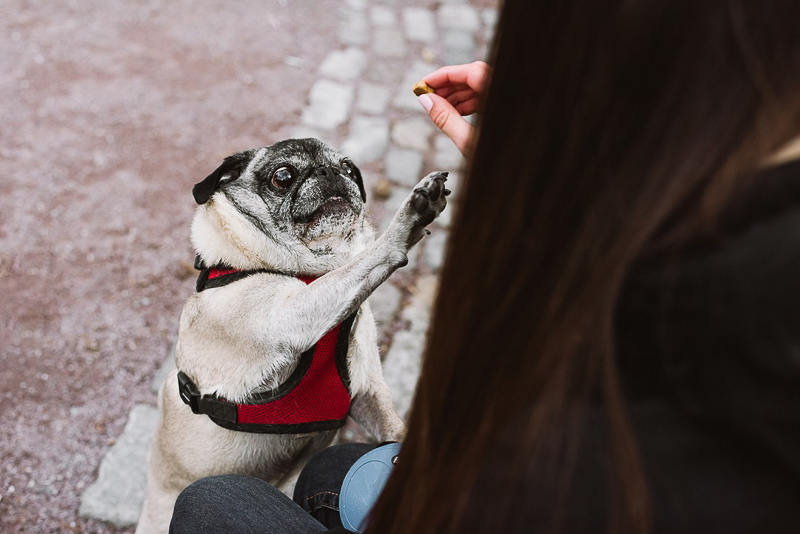 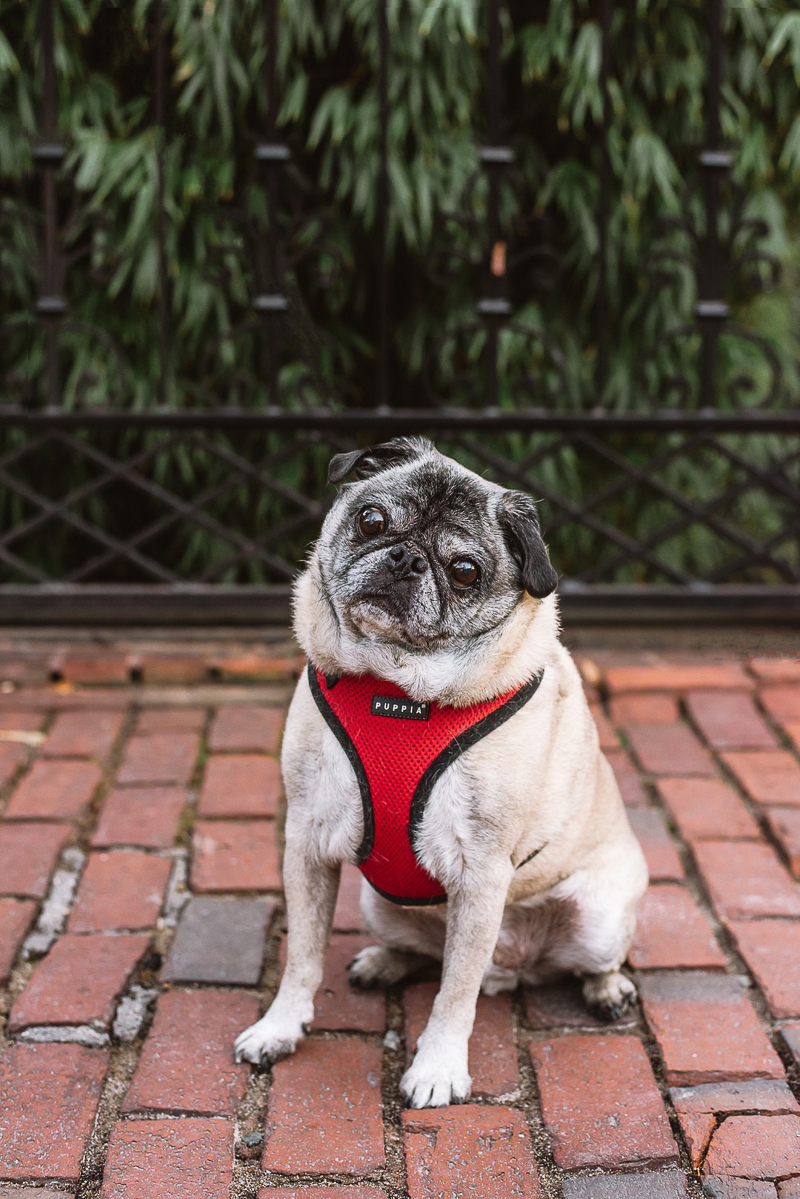 Howie donned a matching black coat with his mom and smiled throughout his entire session. 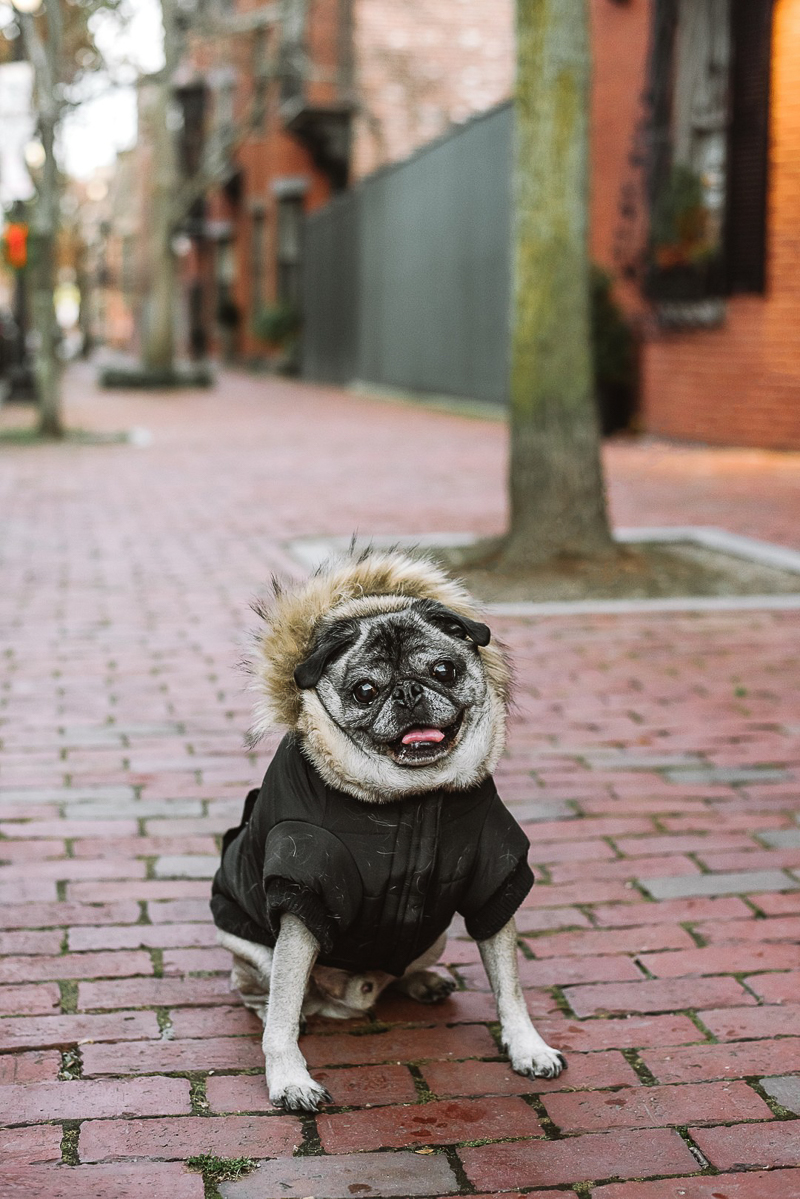 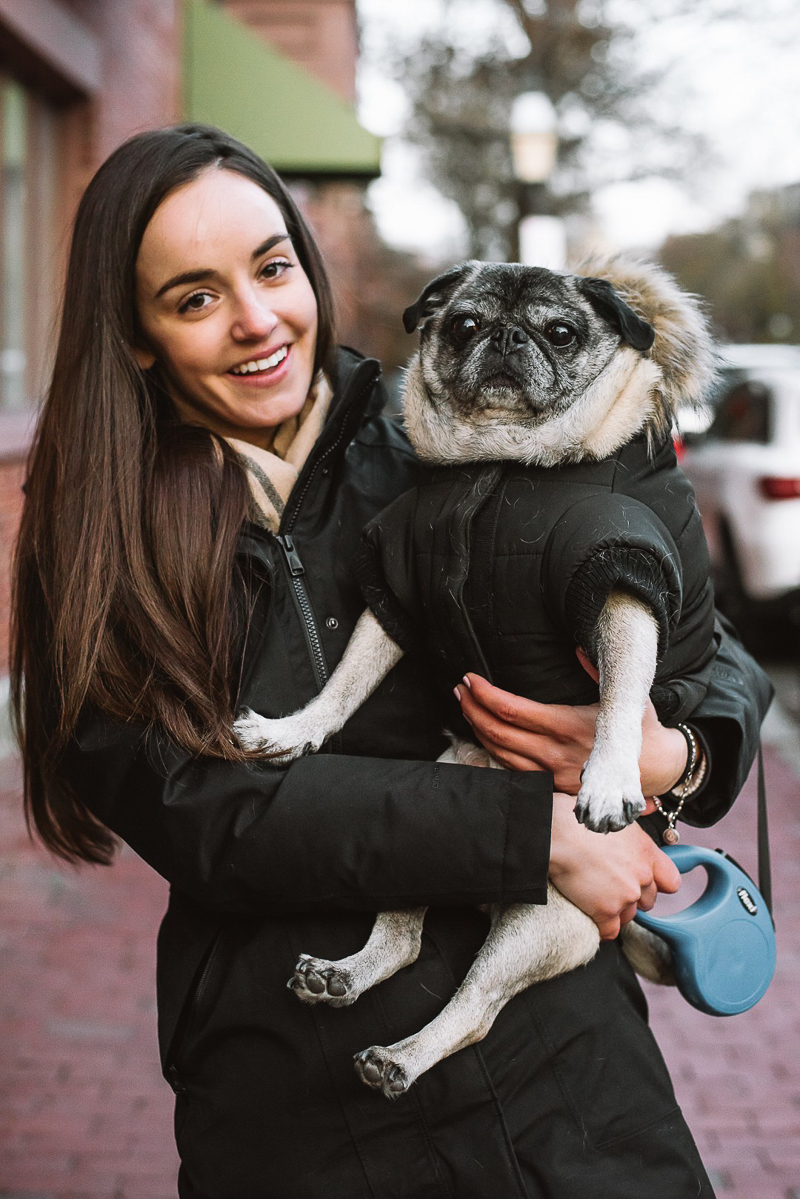 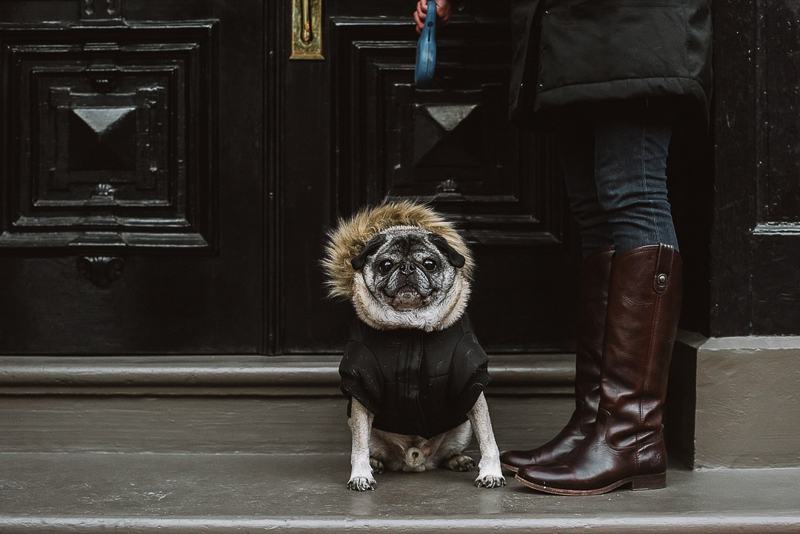 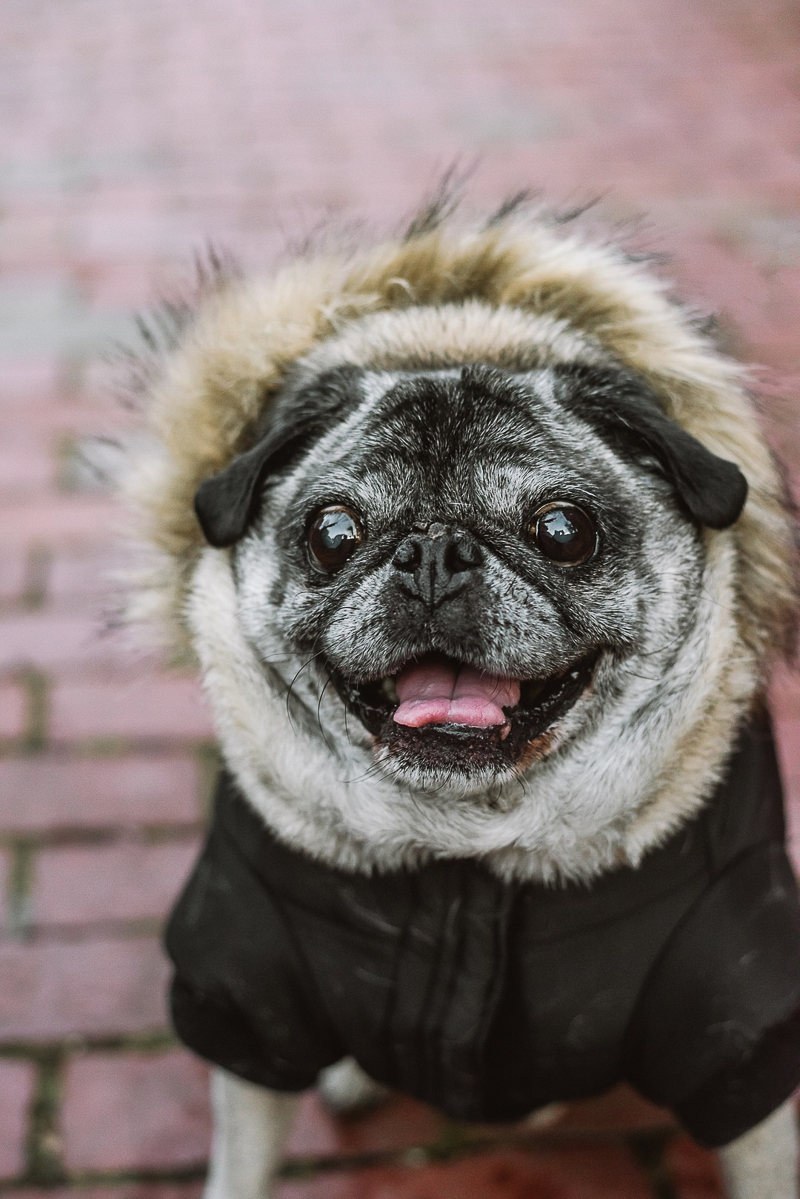 Being a senior pug, he enjoys long naps (with extreme snoring), loads of treats, and many many hugs and snuggles from mom. 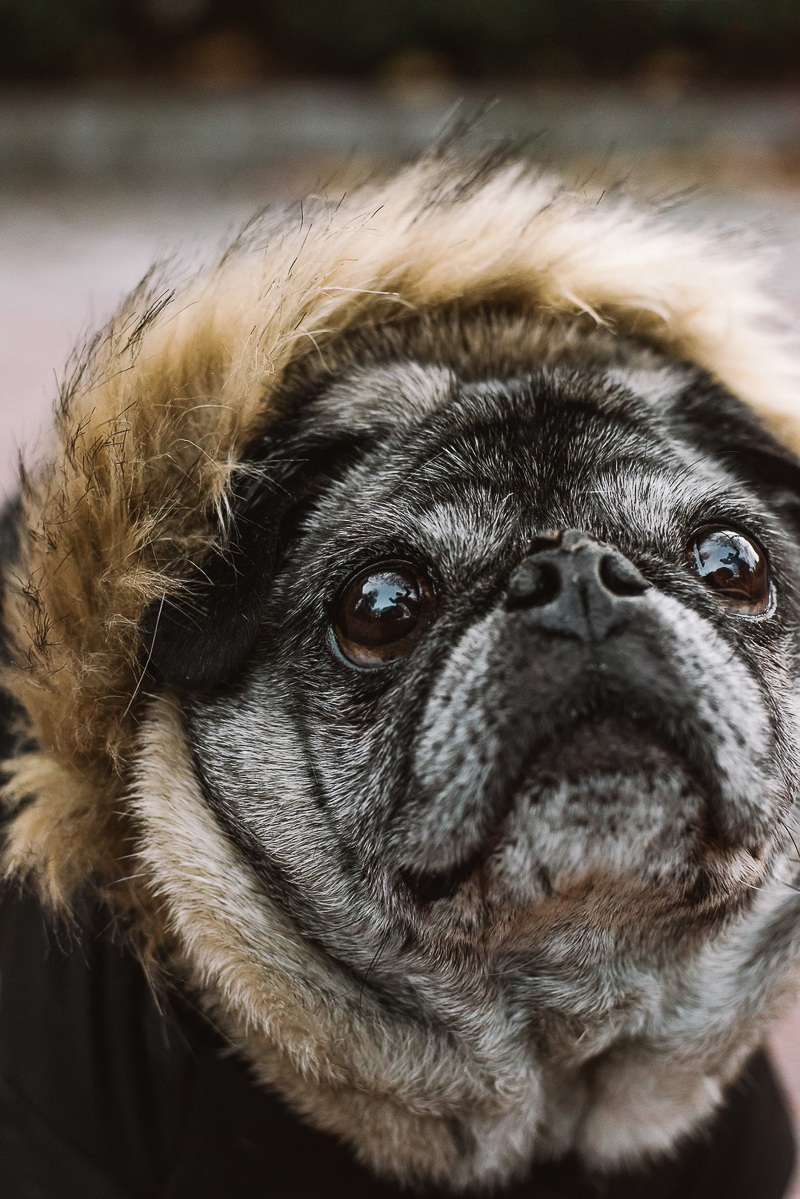 Howie was named after two hockey players and while his name is formally Howard, he’s only called that when he’s in trouble.” 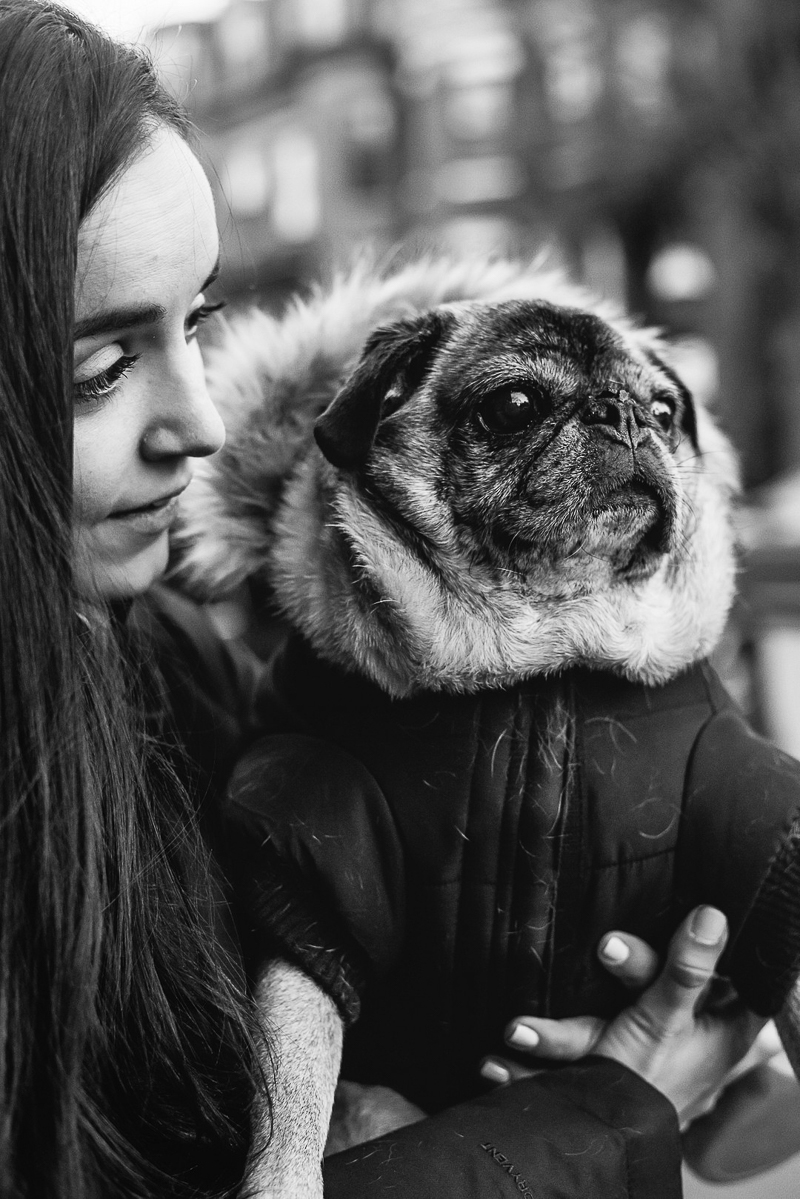 Howie is very vocal and does an awesome gremlin impersonation. You can verify this for yourself by checking out A Pug Named Howard’s  Instagram stories about work.

About Mei Lin Barrel Photography:  Based in Boston, Massachusetts, Mei Lin specializes in wedding photography as well as pet portraits.