In February, Charlotte wedding photographer Amanda Moss focused her camera on her pups, Judge, Moses, and Sunday in their home in Gastonia, North Carolina.  I love these photos of dogs relaxing at home!

From Amanda: “Judge, the oldest, was my very first dog. Ironically, I grew up afraid of dogs, but after moving into a not so great neighborhood, the idea of getting a dog started to cross my mind. While browsing the ads on Craigslist one day, I saw Judge. He was just a pup. About six months old. Judge, along with another dog, had been tossed from a car across the street from a factory. Luckily the man who posted on Craigslist saw them, scooped up both dogs, and fed them while trying to find them a home.

I fell in love with Judge before I ever got there to meet him. I bought a leash on the way because I knew he was coming home with us. At the time, my kids were about eight, five, and four.  The gentleman who found the dogs told me the one I had my eye on (Judge) didn’t seem to have as good of temperament as the other dog he’d found, but I insisted that Judge was for us. There was just something in his eyes. Sure enough, he ran up to us like he’d been waiting his whole life for us, and it was that simple. I was a dog person now.

He got his name three days after coming home with us. Our troubled neighbors once again got into a loud quarrel in their yard, and for the first time, we heard Judge bark. He sounded scary like a protector. And a good judge of character since he recognized exactly who he needed to bark at. His name, Judge, was donned.

Judge has been with us for almost 11 years now. He sleeps with my youngest child nearly every night. He’s more a part of our family than we ever thought he would be. He’s been a healthy and happy dog, and we couldn’t be more thankful.

One cold December morning, about five years ago now, my boys were out riding their bikes. They happened upon a creek with a small puppy stuck in it. They hurried home, woke me from my sleep, and told me they needed my help to save this dog. I hopped in the car, and we rode down to the spot where they’d seen him, and sure enough…this poor puppy was trying its hardest to get out of the rushing creek. It was clinging to rocks, and every now and then would get swept up by wind and water. It took me half an hour, and I ended up in mud up to my knees, but I finally managed to save the pup.

Knowing we weren’t ready to take on another dog, we immediately started posting his photos and info with Animal Control and social media in hopes of finding his owner. After two weeks and no responses, Animal Control legally gave us the dog. Of course, within those two weeks, we all started secretly hoping his owner wouldn’t show up. Moses’ name came from the fact that we pulled him out of the water. We fell in love with the way he’d stand or sit next to us and rest his head on our shoulder or laps. He still does this, and it’s my favorite thing.

About six months after Moses came home, he and Judge got in a fight that we thought would take Moses’ life. The match started over a chicken carcass in the trash. We managed to get Moses to a vet, and I spent days sleeping on the floor with him and hand feeding him water while convincing him that he was ok and safe. The very next weekend, he got bit by a copperhead snake while in the backyard. The poor dog has been through the wringer!  After a second trip to the vet and a couple more nights of me sleeping on the floor with him and nurturing him back to life, he finally got completely better and back to normal.

He and Judge became the best of friends after that, and never fought again. It was scary because they are both big dogs. We made some changes to how we deal with the dogs during feeding times and when no one is home, but it worked out well. The two dogs cuddle together regularly now.

Then came Sunday. She was given to a friend who’d just lost her boxer, and it just wasn’t the right time for my friend. She was still grieving the loss and didn’t bond with the new pup. The very first time I met the puppy, there was a connection like you’d never seen. My friend even said we were soul mates. About a week later, she asked if I wanted the puppy since she just wasn’t feeling like they fit together. I said, ‘of course,’ and the puppy who had been named Harley became Sunday the Seventh. Her name literally came from the day I took her home.

Sunday walked into our house and, like a true queen, claimed her place. She is the smallest and youngest of the three, but it’s clear she runs the castle. She and Moses became inseparable from day one. It took Judge some time to come around, as I think he was worried he was being replaced, but now, even the old grandpa dog plays with her.

Sunday is a cuddler. She likes to climb in my lap and rub her face against my face. Sunday likes to lay on me in weird positions, and she even jumps on my pool float with me with no fear of falling into the water.  I never have to worry that Sunday will run away. She will stay right next to any of us when we are outside. She’s a mix of who knows what, but if you ask me, it’s love, fun, and sunshine. And a little sass.

If you’re ready to celebrate the end of quarantine with a family photoshoot, find a pet-friendly photographer!

About Amanda Moss Photography:  Based in Charlotte, North Carolina, Amanda specializes in wedding photography.  She is available for destination weddings. 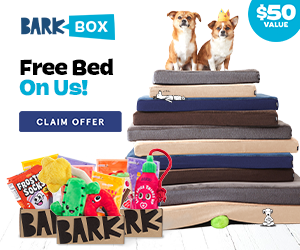 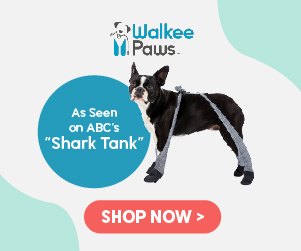