While  I love puppies, senior dogs have a special kind of sweetness that, pardon the pun, never gets old.    I hope these photos of Stella, the Rhodesian Ridgeback Boxer mix brighten your day!  Stella’s family decided to celebrate her life with photos from Tangled Lilac Photography.  I think that a professional pet photography session should be on every dog’s bucket list. 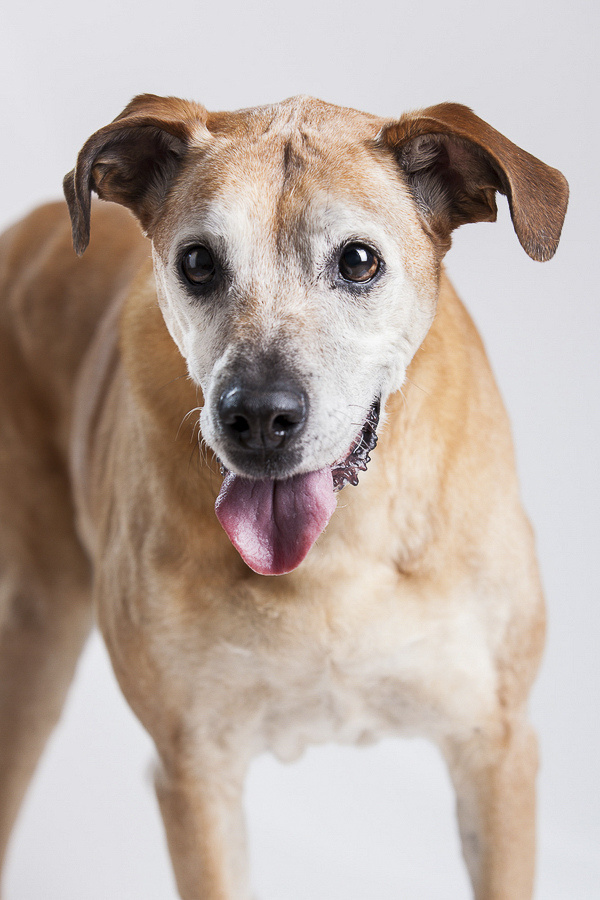 From Melissa:  “We’ve all had animal friends in our life that fill up our heart and bring us so much joy that we feel like we want to burst.  This sweet girl, Stella, is one of those dogs.  Now that Stella’s face is turning gray, her family wanted to capture this amazing soul.  They’ll always have these precious images to remember her and her smile. 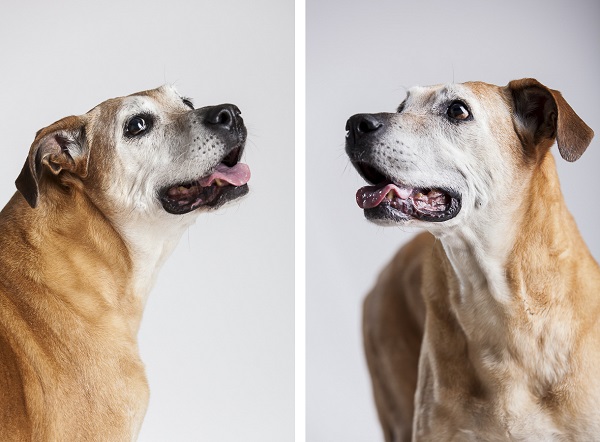 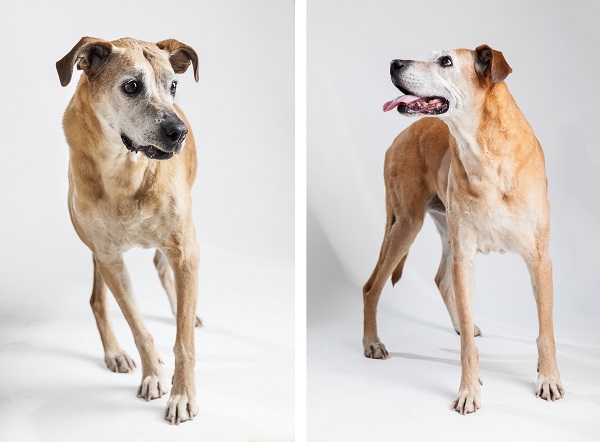 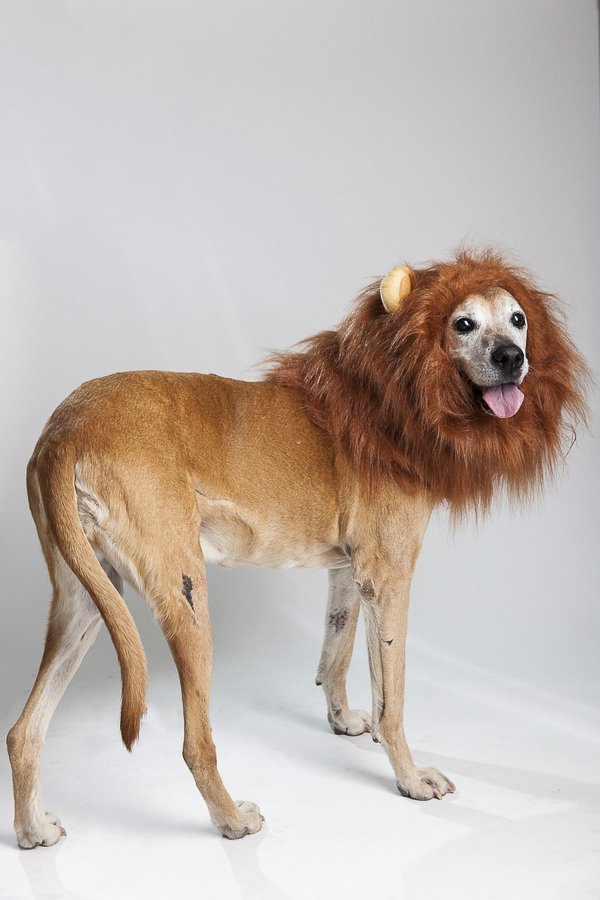 We loved spending the afternoon with her, her mom and dad, and siblings, Grayfus and Vespa. 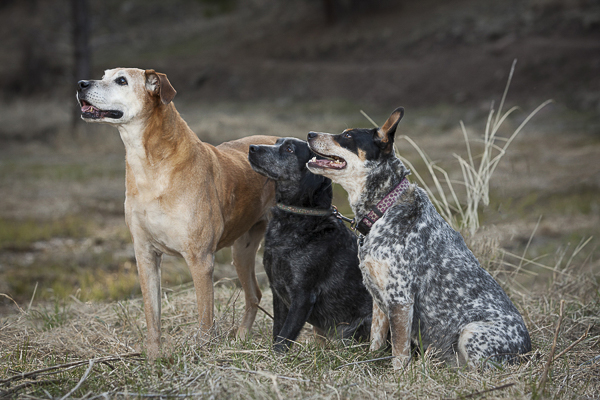 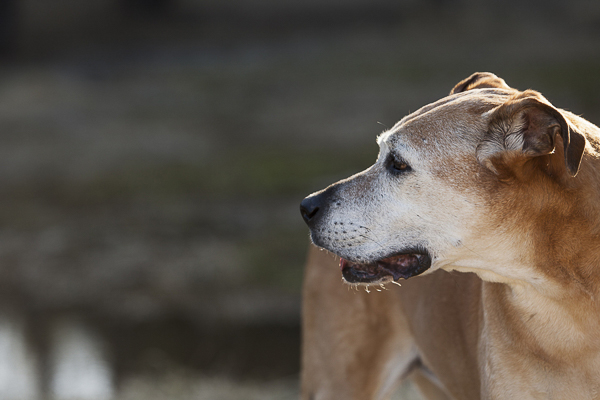 Modeling is hard work Stella; we hope you got extra belly rubs and bacon snacks after!” 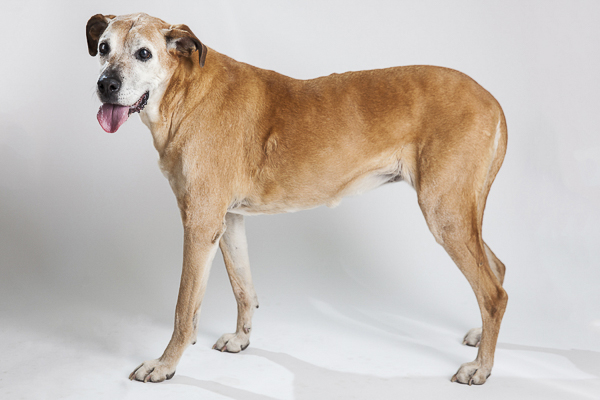 From Leslie:  “Stella, 15, is a Boxer Rhodesian Ridgeback mix.  I fell in love with dogs when I met my college boyfriend’s boxer.  Years later, after moving to Flagstaff, I saw a tiny Boxer puppy at the Humane Association and wanted to adopt her.  She was released for adoption on the day I arrived, but someone already had dibs on her.  Luckily,  the girl with dibs was at the pound and saw me eyeing the puppy.  She was having a hard time deciding between the Boxer puppy and a slightly older Husky mix.  When she realized that I wanted to adopt the Boxer she told me that she would take the other dog if I adopted the puppy and two dogs would get homes that day.

Stella has been an amazing dog.  She was a true athlete and misses her long runs now that she is a less mobile senior dog.  In her prime, she ran from Schultz Tank into the inner basin and back like a champ.  She’s a very self-contained dog; it is hard to tell what she is thinking, but she breaks down and lets us snuggle her more as she gets older.

She’s the intellectual alpha of the pack and is always able to get what she wants by tricking other dogs into thinking they want something else.  She was especially good at this with her big brother, a goofy Lab/Dane mix who passed in 2010.  We took the photos of our pack because we received some bad news about her health, but she is a tough gal and seems to be plugging along.  We will spoil her as long as we can. 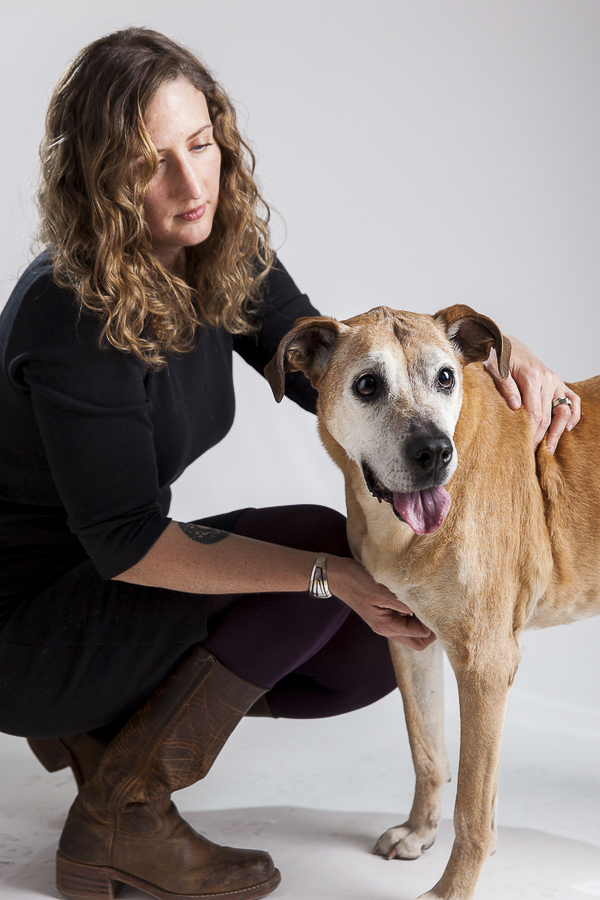 Grayfus is a seven-year-old heeler spaniel mix (floppy ears).  My husband brought home a Rez dog that a rancher was threatening to shoot due to her chasing livestock.  Animal control kept missing the opportunity to get her away from the rancher, and my husband heard through other employees at the site that her luck was running out.  He was able to catch her at their worksite before the rancher found her again.  When they got back to Flagstaff, I took one look at the dog and told him that he brought home a pregnant dog.

We fostered the mother (named Hubble after her home), and she gave birth to six puppies.  Hubble could not stay with us due to dog aggression issues, but we found homes for five of her puppies and kept one.  I love that Grayfus was born in our house and that we see or hear about his brothers and sisters from time to time.  He’s a funny guy and a big snuggler.  His favorite time of day is bedtime, and if we are up too late, he will put himself to bed.  One of our favorite features is his funny ear hairs, likely a spaniel trait buried in his mix. 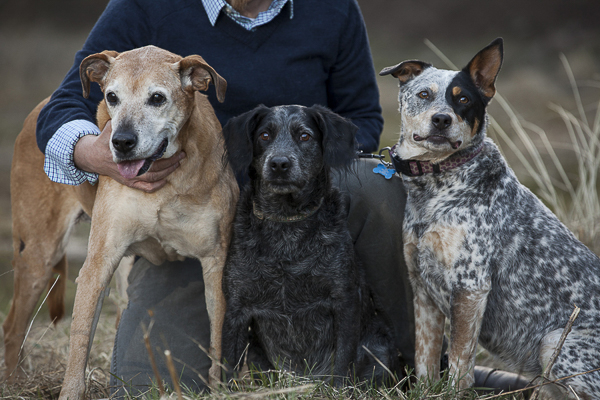 Vespa is a four-year-old Heeler mix (white).  We had three dogs when we got married in 2010 and lost our big lab mix a couple of months after our wedding.  Since we knew we could be a three dog family, we always had our eye out for another dog, mostly to give Grayfus a playmate as Stella got older.  Vespa (formerly Pippi) was a dog that one of Melissa’s other clients were looking to rehome.  She was adorable, and we called to see if we could meet her.

Vespa is a total sweetheart and instantly wins everyone over.  If she doesn’t win you over immediately, she won’t stop trying until she does.  Her ears are one of her best traits.  One sticks up, and one flops over, and it just makes her cuter.  She is the sweetest most passive dog unless you try and move her off the bed once the lights are out.  Out of nowhere, she sounds like something from the exorcist, although she’ll still move.  It cracks me up.

We love the local rescue organizations; we just happen to have stumbled upon our last two dogs outside of them.”

I am so happy that the other girl adopted the Husky mix.