No matter how old your dog is, I hope you’ll get hire a professional photographer to get some photos of your pup and you. Minnesota pet photographer Kelly from K Schulz Photography specializes in portraits of pets and their people.  Buddy, the Golden Retriever, must have been an extraordinary dog.  Unfortunately, he passed away last winter, but the joy he brought continues living in his family’s hearts. Too many times I have read about people who wish they would have gotten family photos when their dog was up for it. 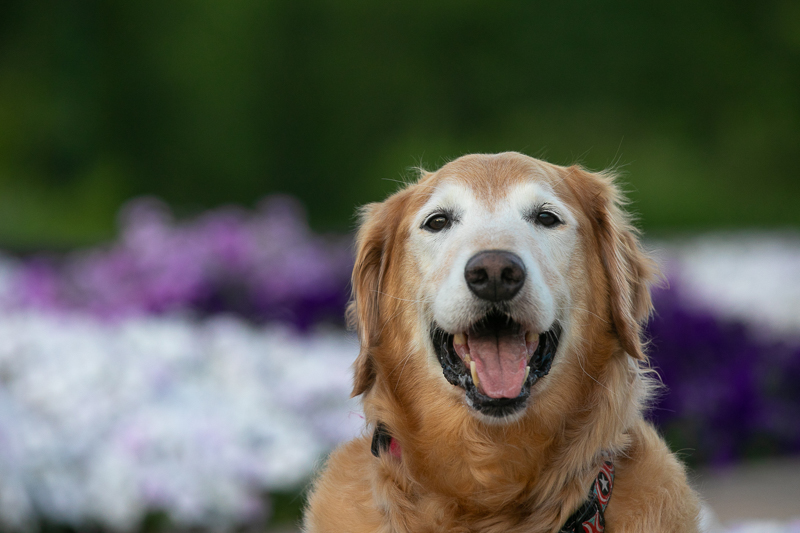 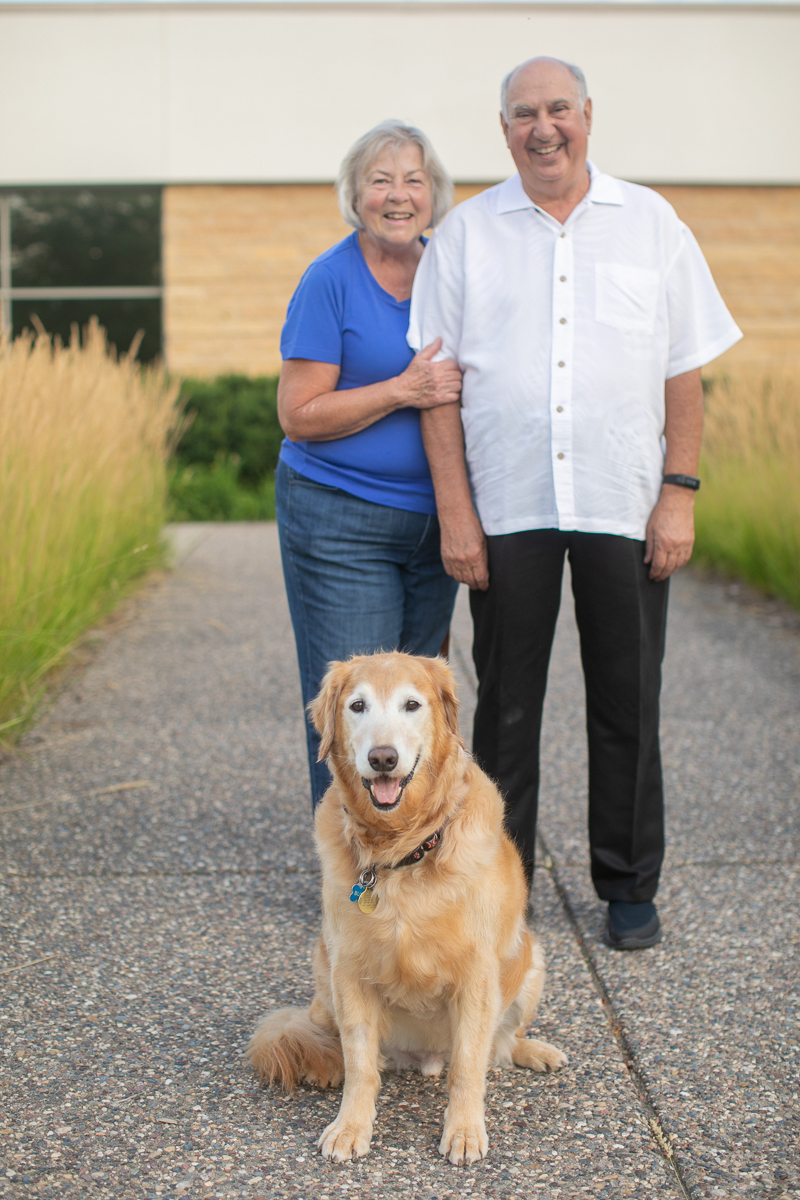 From Jeanne:  “We adopted Buddy, a Golden Retriever, from RAGOM, Retrieve A Golden of MN in 2014. Buddy was four years old. Buddy showed a great love for people, being very gentle, and wanting to be petted forever. Because of his personality, I pursued obedience training and taking the course to become a Therapy Animal Team. In January 2019, Buddy and I became registered with Pet Partners as a Therapy Animal Team. We were able to do Pet Therapy volunteering at a hospital in Scottsdale, Arizona, while we were there for the winter. 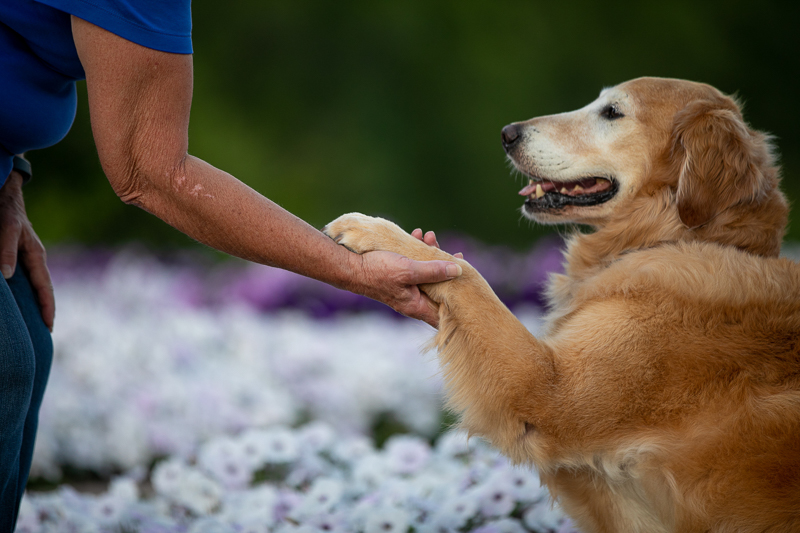 Back in Minnesota, I began applying for Pet Therapy volunteer opportunities. On June 26, 2019, Buddy had a severe seizure. The next day we were told Buddy had an inoperable brain tumor. It was not what we wanted. Buddy was started on medications to control the seizures. Buddy is at home with us, where we are giving him lots of love and attention.” 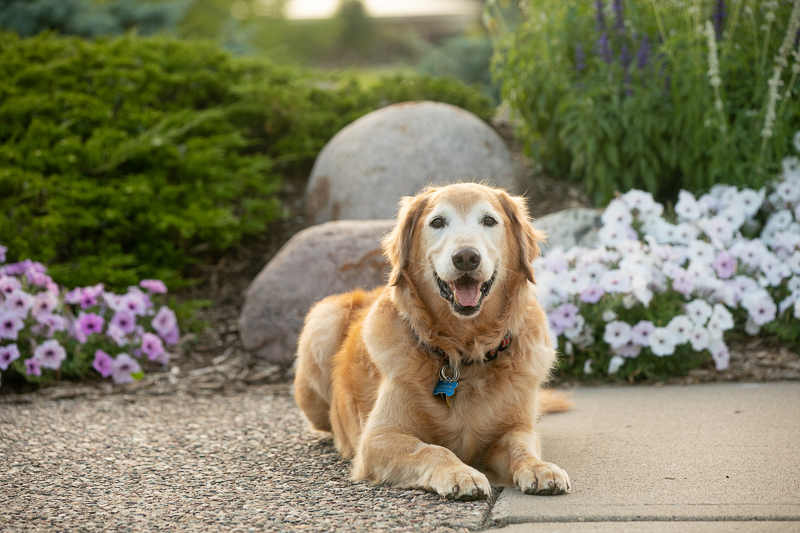 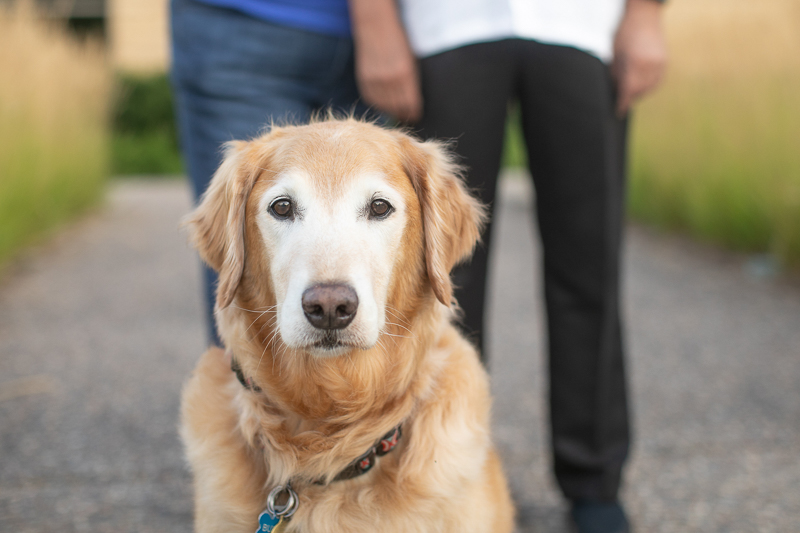 From Kelly:  After reading Jeanne’s note, I knew I needed to set up a photo session ASAP for this sweet boy and his parents. The day came, and it was beautiful out. Flowers everywhere and blue skies were smiling down at us. You’d never know there was anything wrong just from meeting Buddy. He had a constant smile on his face. He was the perfect boy for the whole session, it was impossible not to fall in love with him, and I’d only spent a few hours with him. 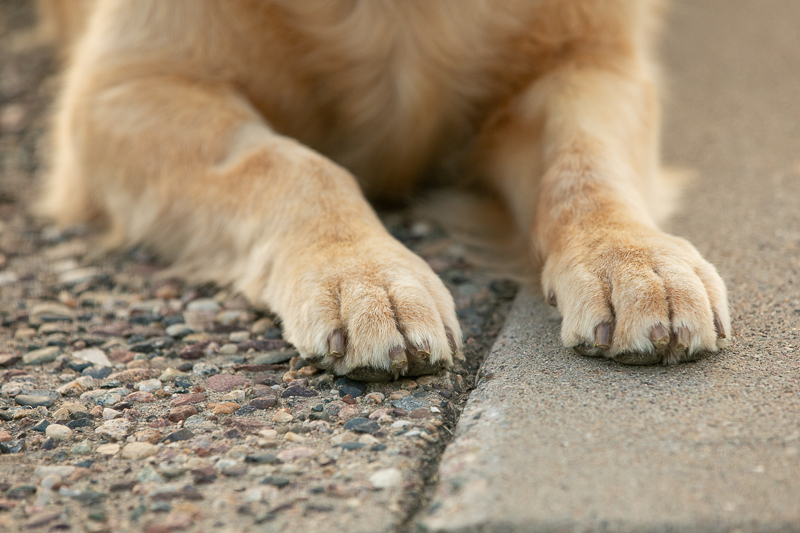 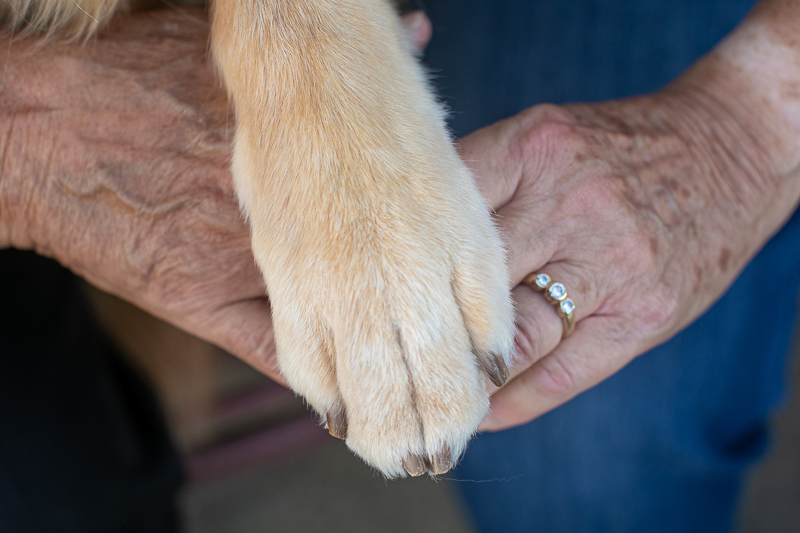 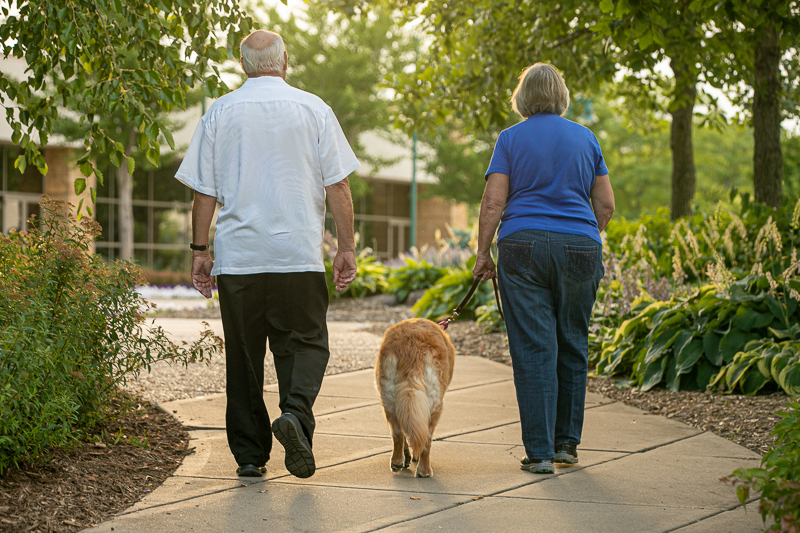 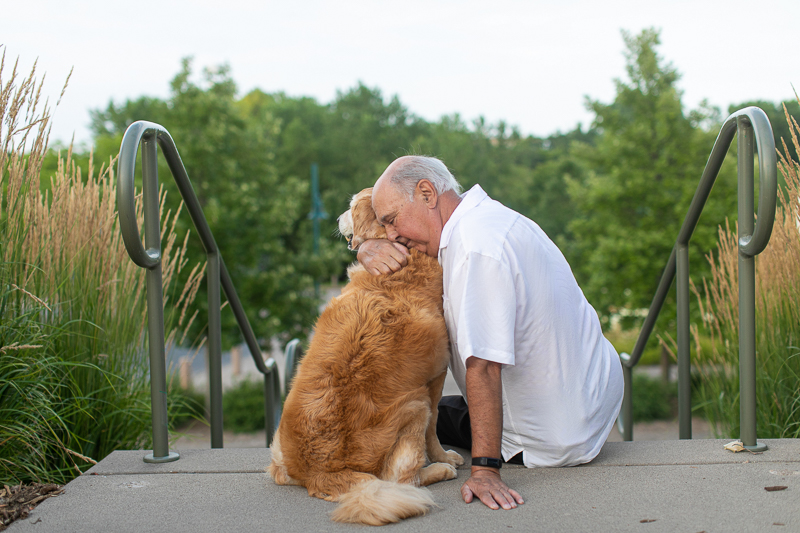 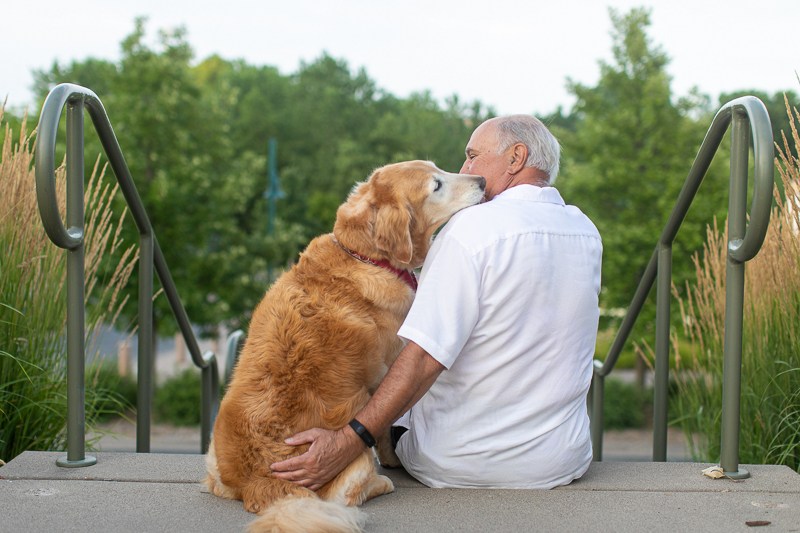 A few months later, Buddy was still going strong, so they booked a Christmas mini with me. I got to see this sweet boy again, and he just brightened my day. I’m so glad I got to capture his wonderful personality one last time because only a few days after those photos, Jeanne informed me of his passing. Buddy was one of those dogs that touched the lives of everyone he met, and I’m so lucky I got to be one of those people.” 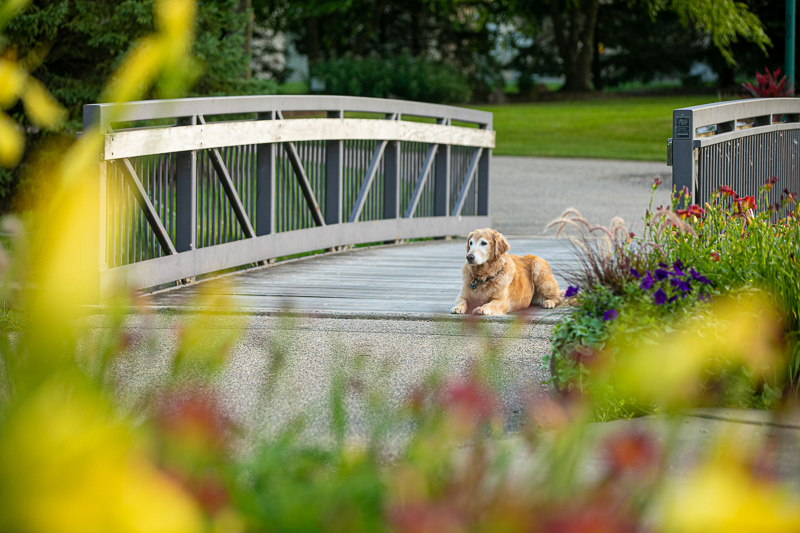 Whether your dog is your best friend or fur baby,  celebrate your relationship with beautiful photos! Find a pet-friendly photographer near you.

About K Schulz Photography:  Based in Bloomington, Minnesota, Kelly specializes in pet portraits as well as wedding photography.  She also volunteers her time and talent, helping rescue dogs.