Spotlight: A Dog Walks Into A Bar - Daily Dog Tag

A few years ago I came across A Dog Walks Into A Bar and was mildly concerned.  Everyone knows that dogs shouldn’t be drinking beer!  Rest easy, Bryn Nowell, the brilliant blogger behind the title, knows that too.  She writes about her two favorite things—dogs and adult beverages—on one hilarious, thoughtful, and fun platform.  A Dog Walks Into A Bar features dog-friendly breweries, tips for caring for your dogs, and photos that always make me smile. 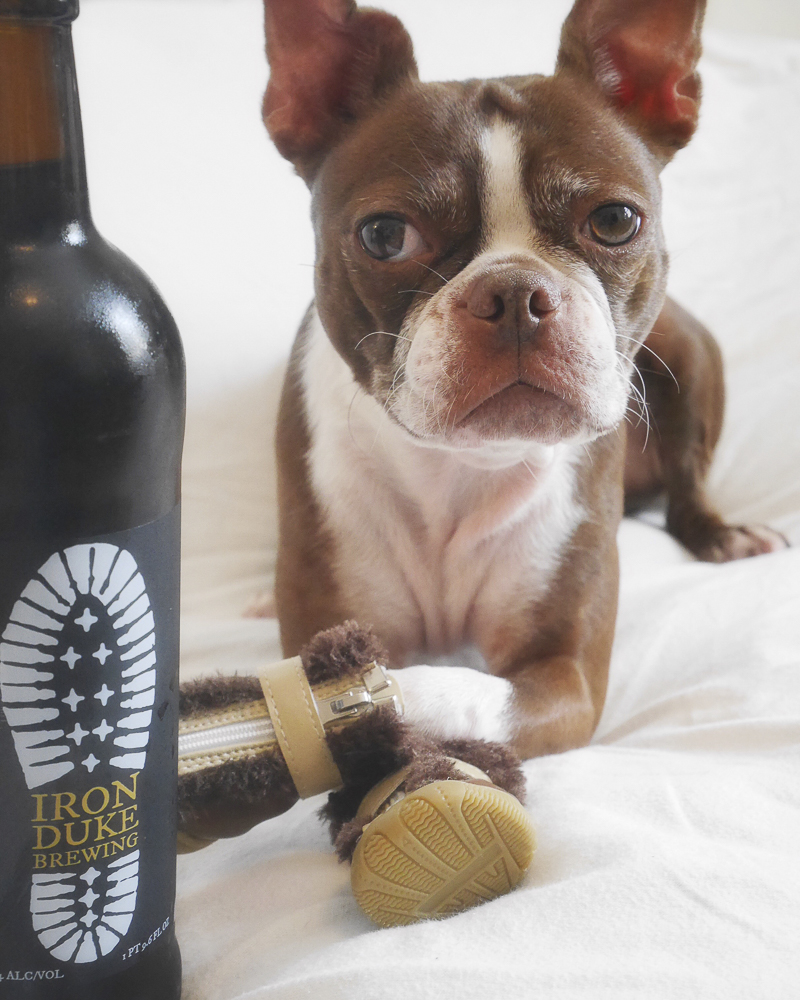 From Bryn:  “Bean and Yoda are two Boston Terriers, but that’s where their similarities end.  Bean (her real name is Quincy, but we stopped calling her that almost immediately in favor of Bean).  She is brown, after all!  Bean’s nine-year anniversary for joining our lives was November 14th.  She was a four-pound bundle when we picked her up.  We stayed home that Thanksgiving to watch her, and both my husband and I slept on the floor to be near her the night she came home.  She was afraid of the wind and leaves.  She would sit on our feet when we went outside and hid behind us if a breeze made its way to her. 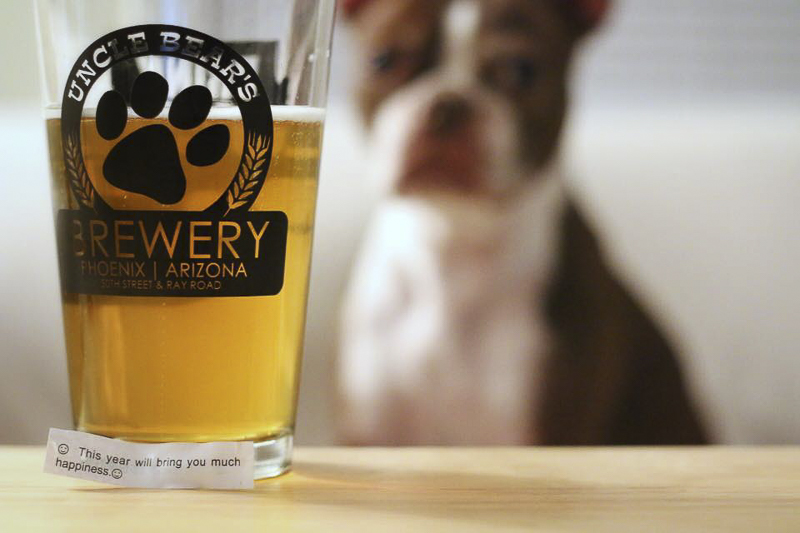 As Bean grew up, she found her spunk.  She also learned how to work the camera pretty darn amazingly.  My daily posts of her on Instagram led to some pretty wild adventures.  Let’s see, because of Bean and her photos, we have traveled across the country, been invited to a dog wedding and a dog fashion show in a non-satirical way, and have raised thousands of dollars for animal rescue.  Oh, did I mention that her photo was once on display at the Louvre?  Yep, THAT Louvre! 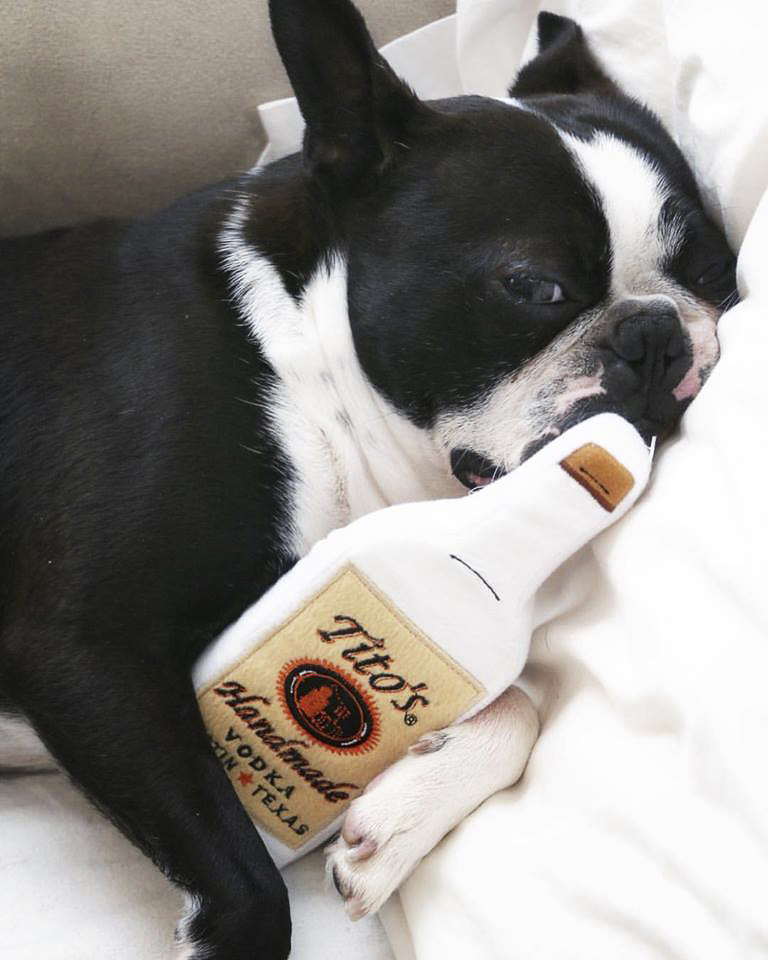 We decided that our home had too many breakables that hadn’t been destroyed yet, and elected to seek a second dog to join our home.  At first, we tried to adopt a dog through rescue organizations.  On multiple occasions, we went through the final stages of the adoption process, including interviews, home inspections, people vouching for us, etc.  At the last step, we were told that the dog we had wanted had been adopted out to another family.  Frustrated, we thought it was a sign from the cosmos.  A couple weeks later, a post from Bean’s breeder indicating that she had a male stud who needed a forever home, we jumped at the opportunity. 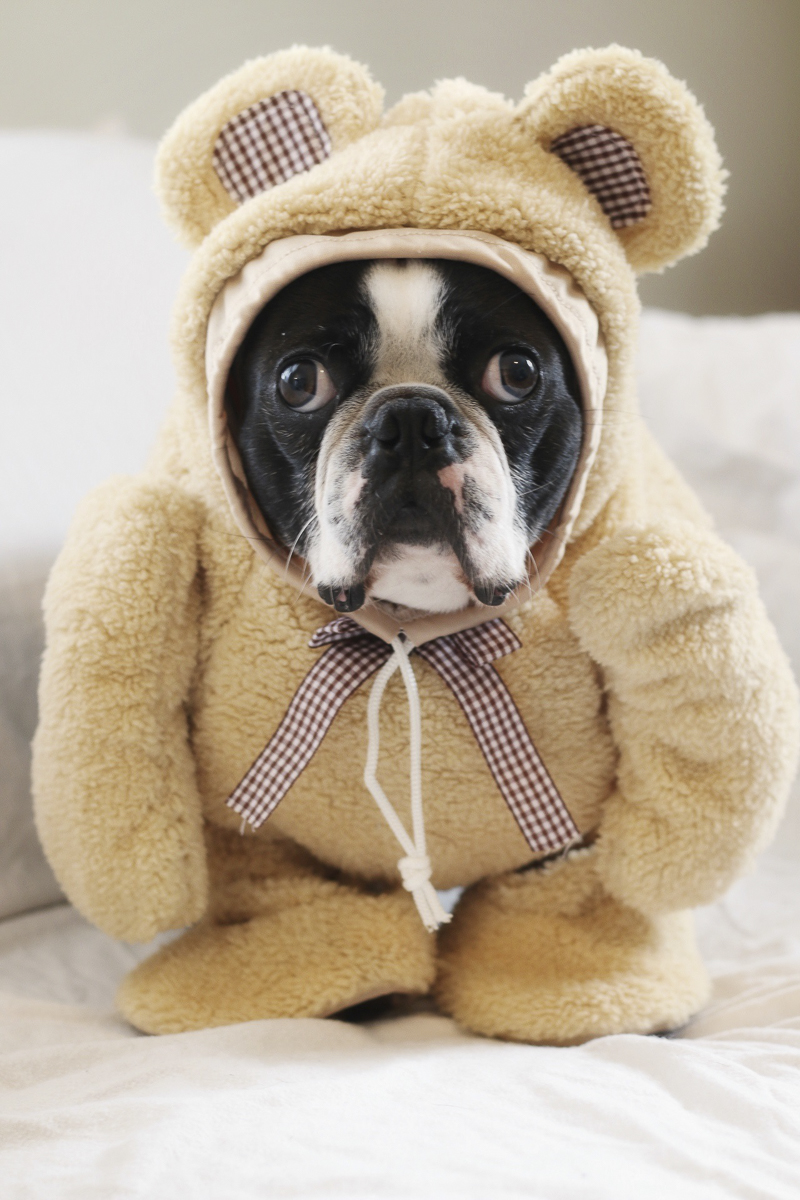 Yoda has managed to break every single one of our blinds.  He has also peed on all the things, eaten some of my favorite books, and I’m pretty sure he stores farts for when he’s nice and close to our faces.  He’s brash and bumbling, silly and slobbery.  Yoda is the Ying to Bean’s Yang.  He quickly learned the ways of sitting in front of a camera, and I’m pretty sure he likes his new life of stardom.  He has been on TV more than once!  Oh, and he’s a pretty sweet drinking buddy and loves to hang at dog-friendly breweries with us!

To date, we have been able to donate over $10,000 worth of supplies, food, treats and money to local animal rescue organizations due to the generosity of the brands we have worked with, affiliate money earned, and prizes won.”

If you need a little more Bean in your life, (and really who doesn’t?), fear not!  You can now purchase Bean merchandise from Inkopious.   (Using that link will help Bean and Bryn earn a small commission.) Use the code DOGWALKSINTOBAR for a 10% discount. 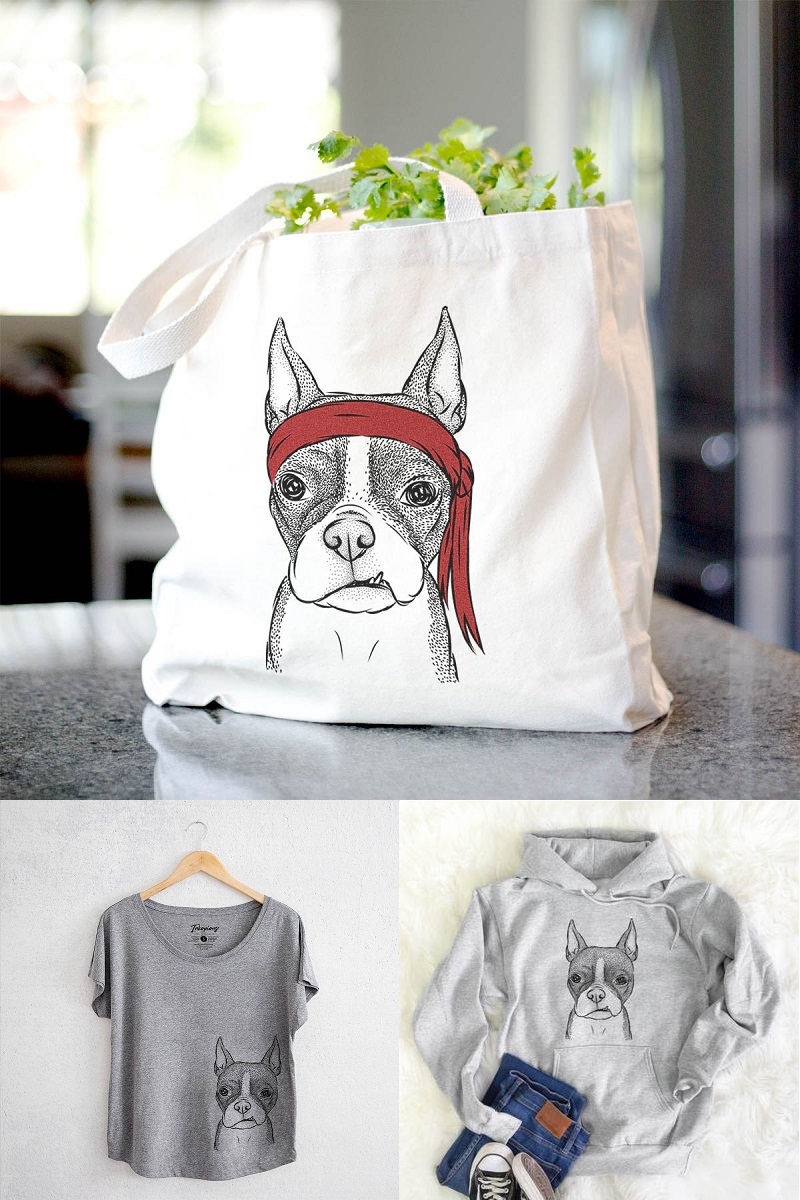 Be sure to check out  A Dog Walks Into A Bar for great information about taking your dog to a dog-friendly brewery, traveling with your dog, and even how to cut a dog’s nails.  Yoda and Bryn were recently featured on TV giving tips for winterizing your dog.  It is also a great place to learn about products for pets and win fantastic prizes.

Bryn’s photos were featured on Martha Stewart, BarkPost, and Cuteness Overload.  She also won the 2018 BlogPaws Nose to Nose Award for best photo. Additionally, A Dog Walks Into A Bar was a finalist in several different categories over the years.