These portraits of a bride and her best dog, by Emily Nicole Photo are lovely.  As is often the case, their story is just as beautiful.  While some people might consider Ty, a Schnauzer mix, “less adoptable” since he has a physical limitation, it doesn’t keep him from being a star! 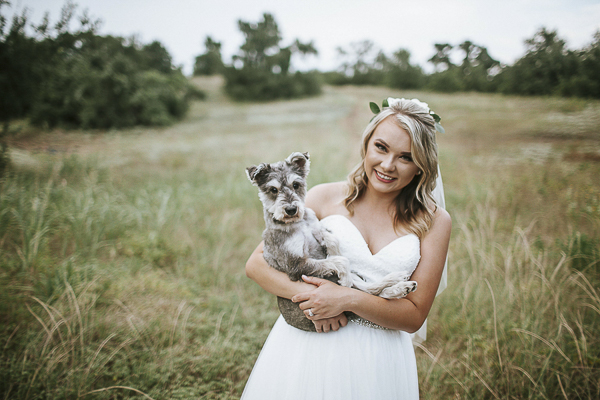 From Emily:  “I was so excited when Sterling asked if she would bring her dog Ty along to her bridal session. He was a total ham!” 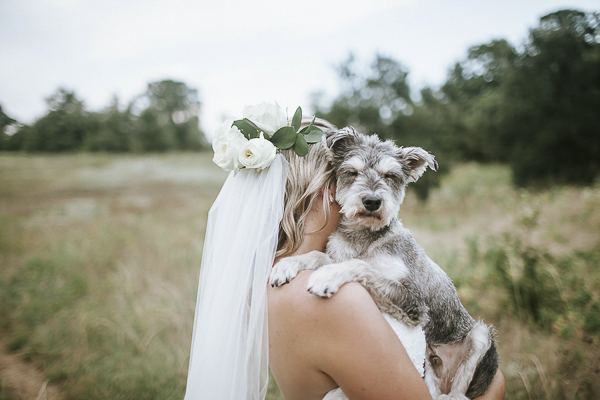 From Sterling:  “His full name is Tiresias, but I call him Ty. Tiresias is the name of a blind prophet in Homer’s THE ODYSSEY, and as a theatre person that was the first name that came to mind when I realized Ty was blind. I found him in the parking lot of the apartment complex I was living at in college.  Ty was matted as well as having patchy fur due to fleas.

I intended to keep him just until he found a forever home.  But then, I realized his forever home was with me! Haha, he’s super sweet and cuddly but sometimes feisty and playful. 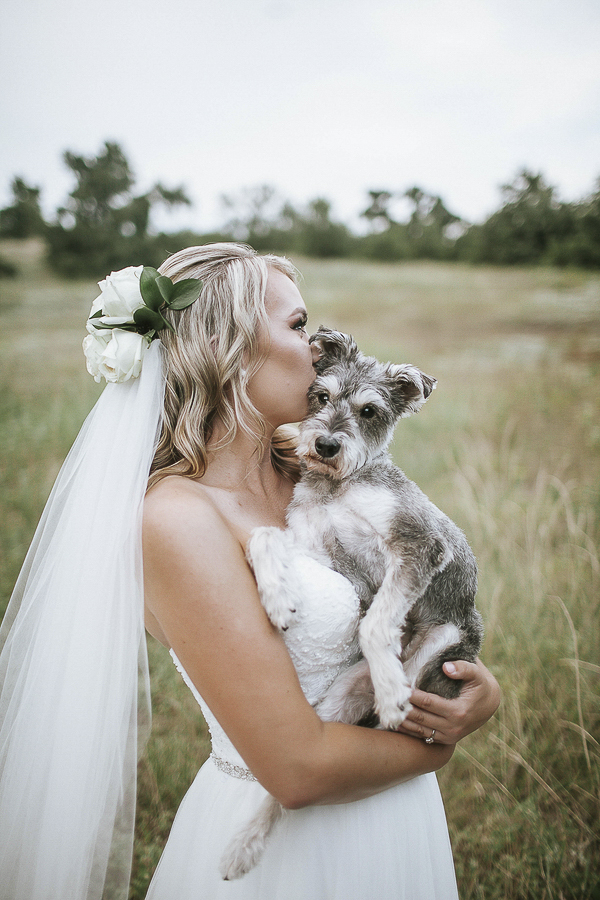 He’s a schnauzer/ terrier mix and might be three years old now. He’s been in two theatre plays and one short film!” 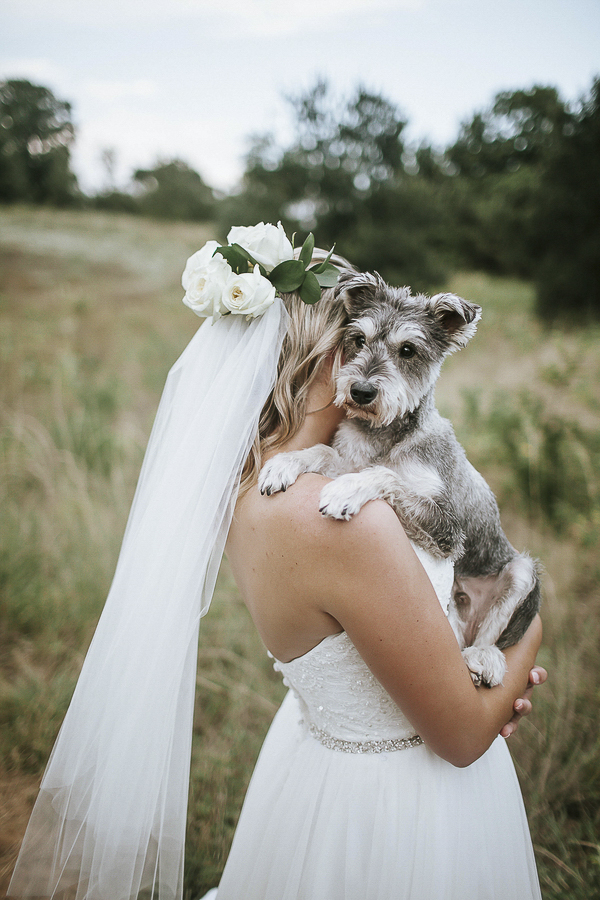 You can see more of this bridal session on Emily’s blog.  Follow Emily on Instagram to see her latest photos including her dogs.

About Emily Nicole Photo:  Based in Weatherford, Oklahoma and Denton, Texas, Em specializes in lifestyle and wedding photography.