I don’t think I’ll ever tire of seeing dogs in weddings!  Thanks to Michelle Chiu for sending in these photos of Muddy, who was an important part of Sonia and Alvin’s wedding day. 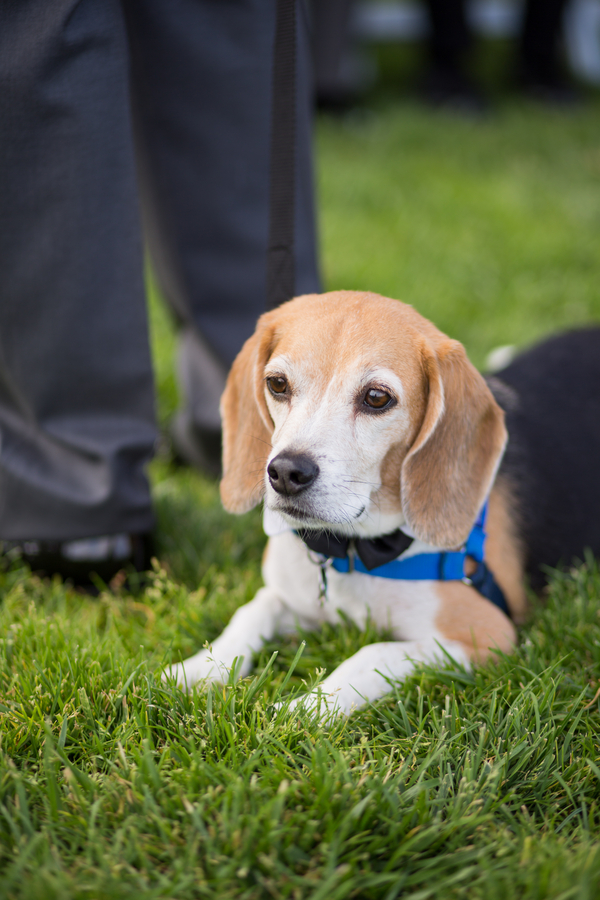 From Sonia:  “I got Muddy in Virginia during my first month of medical school as a puppy.  Muddy, despite his name, is actually very clean. He hates stepping in water and dirt. When I went to look at the litter of puppies, I initially picked him because he licked my foot. Then I knew we’d be together forever when he vomited on me after I picked him up! He is a very sweet, gentle dog. He’s a certified pet therapy dog. During medical school, his job was visiting children on the pediatrics floor. 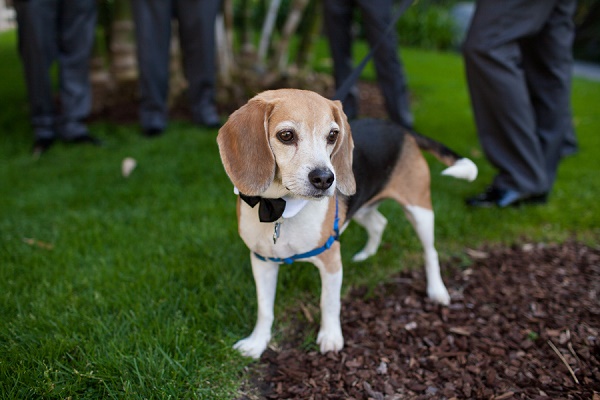 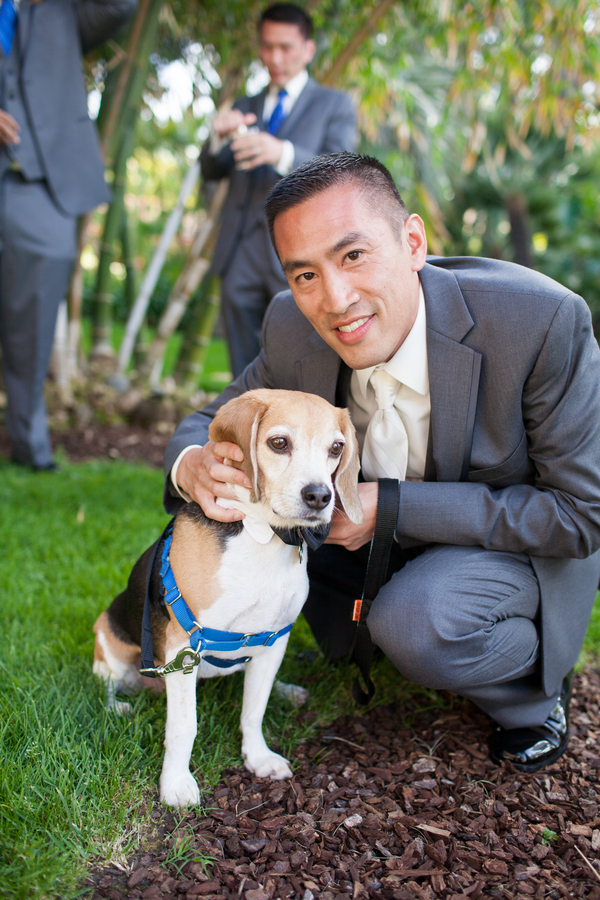 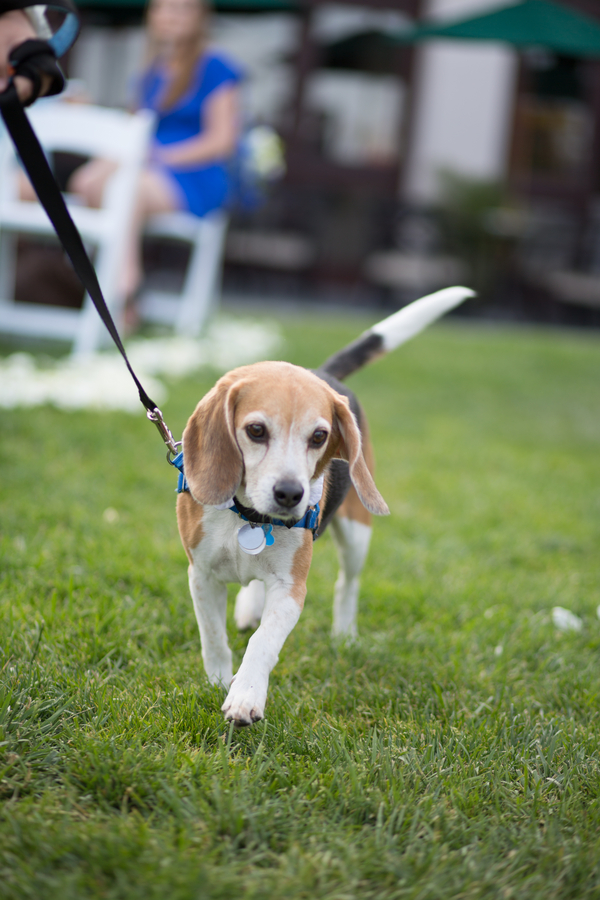 He’s very nosy and has to know exactly what you are doing and where you are at all times, so it’s not unusual to see him following us around the house. He is not shy to tell you what he wants. He will bring his toy and drop it at your feet when he wants to play. He’ll scratch on the door when he wants a walk. He will push his food bin around when he’s hungry or if he feels we haven’t fed him enough kibble. He will stare you down like a statue until you give him the treat he wants! He does hate getting out of bed in the morning, though. Because we get up early in the morning before the sun comes up and like to take him for a walk before we leave, we usually have to drag him or pour him out of his cave bed. He’s very stubborn! He will move to the very back of the bed and turn his back towards us.

Even though he’s a handful, we love him, and our lives would be so dull without him!”

Muddy was also a included in  Sonia’s and Alvin’s awesome engagement photos.