Jess Nelson from Chocolate Moose Images has a knack for photographing dogs and cats.  This Caturday I’m sharing Jess’ own cats, Digi and Tarra. 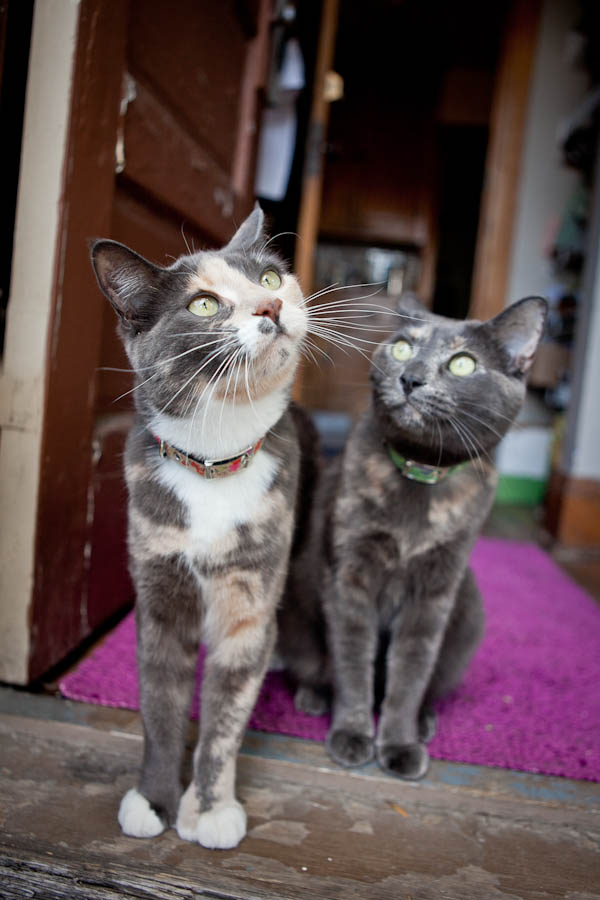 From Jess:  “I may be considered by some to be a crazy cat lady.   Or crazy cat mama, might be the better term.   I’m close to being as enamored and proud of my girls as a pageant mom is about her little curly haired tot, just subtract the pageant.    I was apart from them for 10 months  when I lived and traveled around New Zealand and being away from them was one of the hardest parts of this adventure.   I missed my friends and family, however I can keep in touch with them via email and the wonders of Skype.   But the girls didn’t understand why my voice seemed to be coming from the computer screen, yet I’m not physically there.    At the risk of sounding like I’m taking out a personal ad for the two of them, I’m going to tell you a little bit about each… Tarra [short for Tarrazu] is the loud and adventurous one of the two. 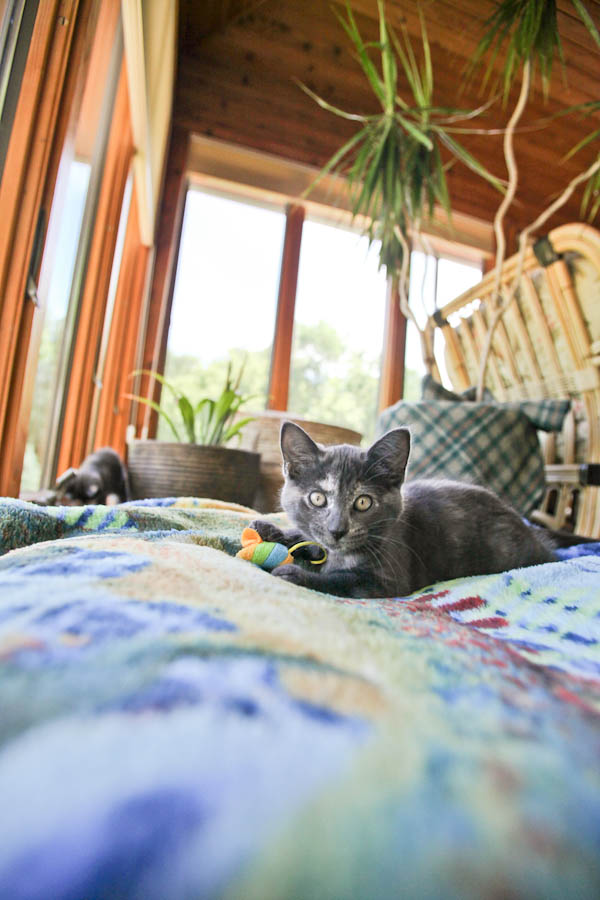 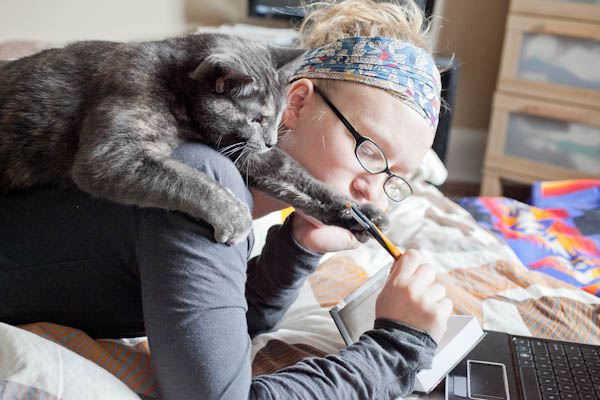 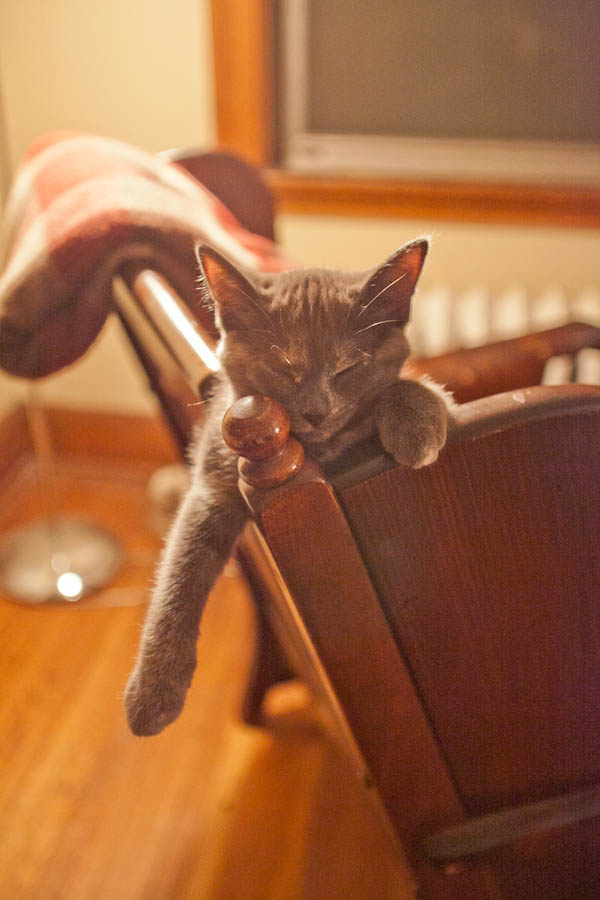 She was named after a variety of coffee bean and I think she’s taken that to heart – she is an amazing alarm clock when she thinks she should eat and she is a great escape artist when it comes to exploring the great wide open world of our teeny tiny backyard.   She is also amazing at playing fetch with her favorite toy [a stuffed shrimp] and when she can’t contain her excitement or energy any longer, she will growl as she tears around the house. 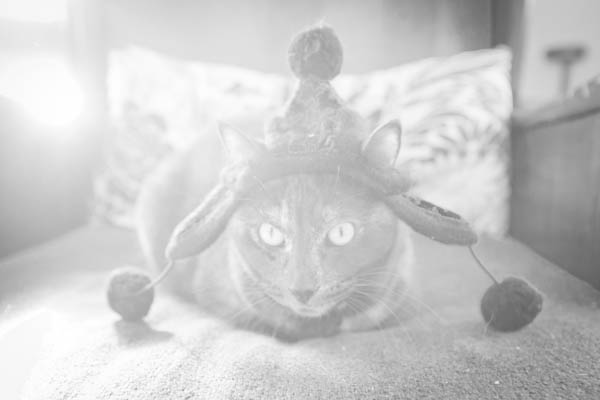 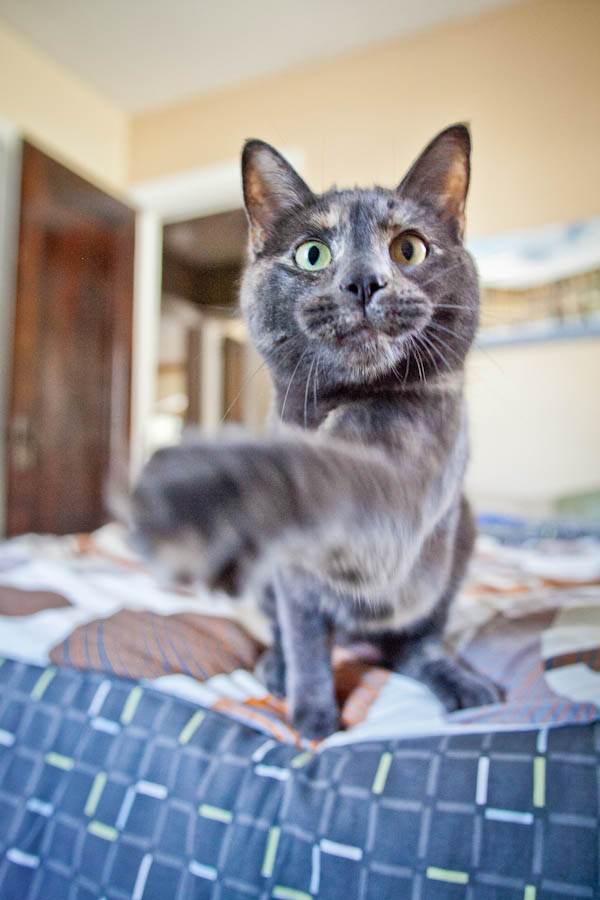 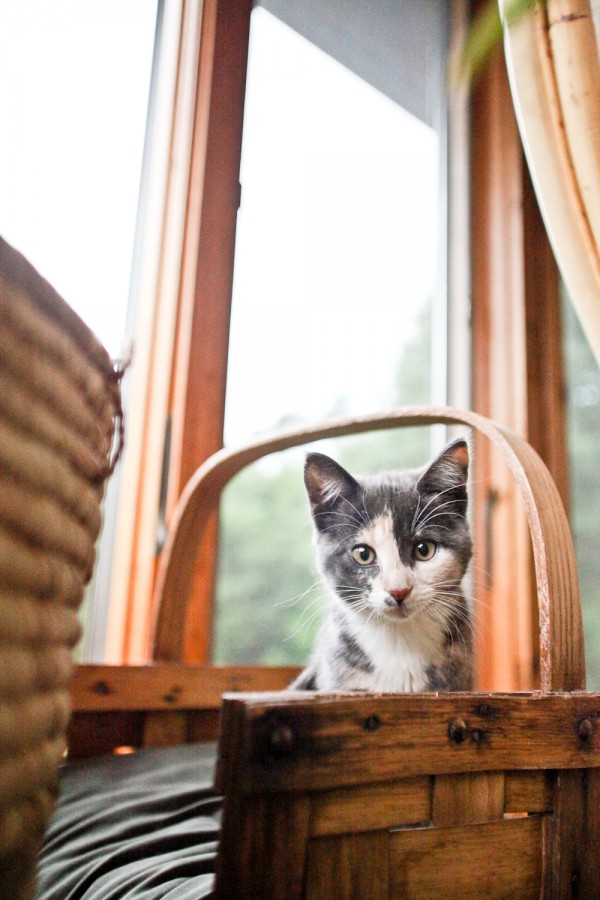 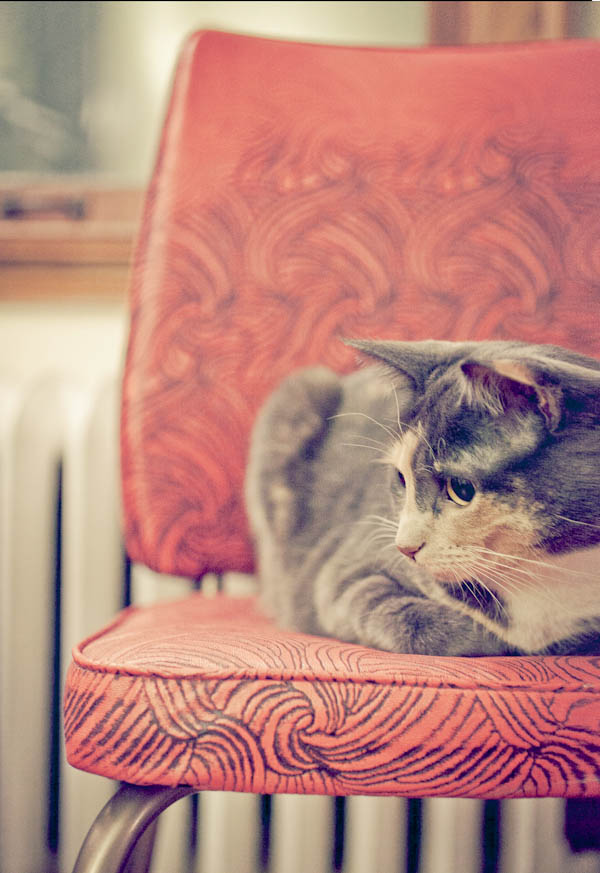 On the other hand, Digi is quiet, reserved but also rather cunning.   Digi [short for Digit] is named as such because she has 21 toes instead of the usual 18.   Perhaps it’s these extra toes that helps her remain cool as a cucumber while being terrorized by Tarra’s overflowing excitement.   She has made it clear she would prefer to sit on a pillow rather than fetch and that she would rather take a nap in the sun than explore the plants in the yard. 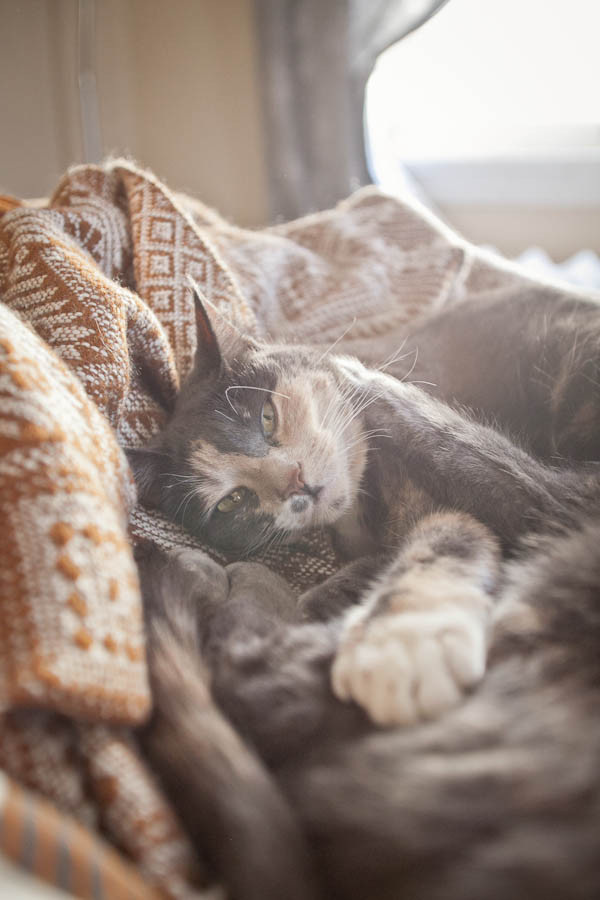 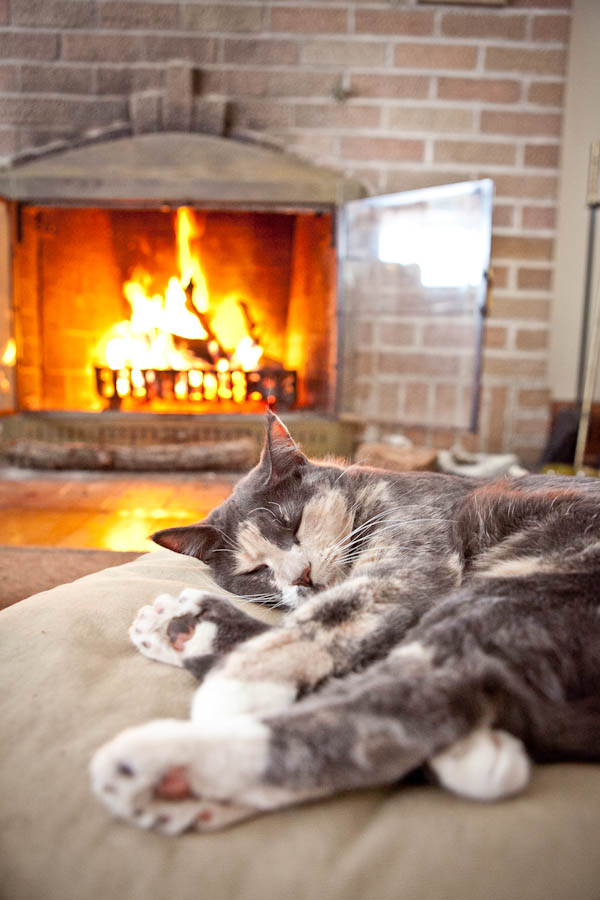 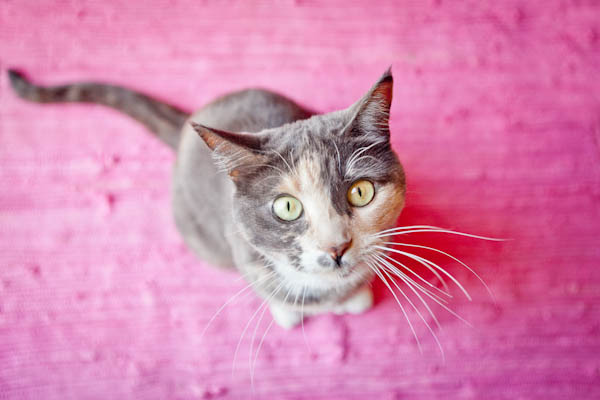 It was once described to me that Digi is like the graceful ballerina who floats around as if she were flying and Tarra is like an elephant trying to do the same. These little peanuts found their way into my home May of 2010 when they were just 6 weeks old.   Ever since then they have tested my patience but loved me unconditionally.   Scratch that – they have loved me rather conditionally, but so long as I keep their tummies full, the blankets plentiful and the sunshine shining, I know they will gladly stay by my side like good kitties do.”

Follow Chocolate Moose Images on Facebook to see some of the happiest dogs ever.  You can read how Tarra and Digi reacted to seeing Jess when she returned from New Zealand on Jessica’s blog.

About Chocolate Moose Images:  Based in Minneapolis, MN, Jess Nelson works closely with pets and people to create an event that will be treasured.  Jess volunteers photographing animals at rescue shelters.  She has two cats of her own.

« Fetching!
The Benefits of Using a Dog Crate »