Katie Lindgren and her dog Bash celebrated their first Gotcha Day with a few photos, a fun hat and a cheeseburger!  Katie adopted Bash in 2014.  His story is almost like a Disney movie. In his first year, Bash suffered more than his share of hardships.  Thanks to his good looks, loving personality, kind friends, and a lot of luck, he finally ended up with the girl of his dreams! 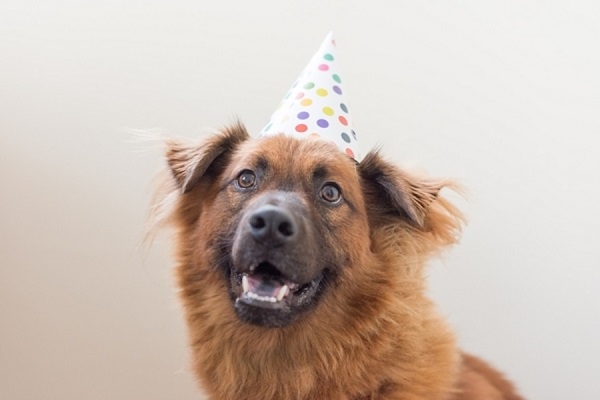 Bash was caught in a trap and taken to a shelter in North Carolina.  Unfortunately, like so many shelters are,  it was overcrowded.  Many shelters euthanize healthy animals within a short period to make space for other pets.  Bash was on that track. However, on the day Bash was going to be euthanized, a rescue pulled him from the shelter and took him to Lincoln, Nebraska.  Katie saw Bash on Petfinder and drove three hours or so to meet him. 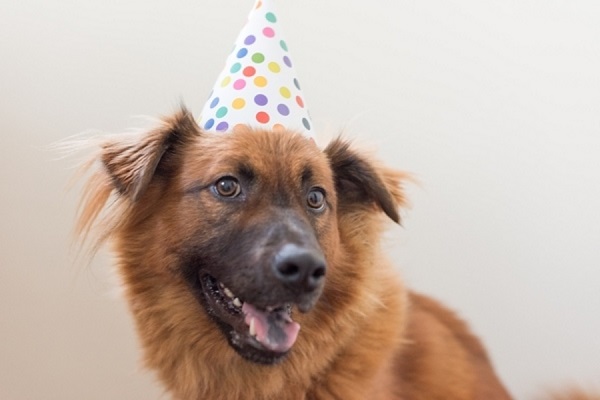 From Katie: “For a dog who has been given up and quit on twice in his first year of his life, he lives ferociously and is the most energetic ball of fluff.  Sometimes too quick (and a little clumsy) for his own good, Bash definitely lives up to his name.  Last October we celebrated Bashy’s first adoption anniversary with a birthday hat and a McDonald’s cheeseburger.”

I think Bash is tickled pink with his Gotcha Day celebration! 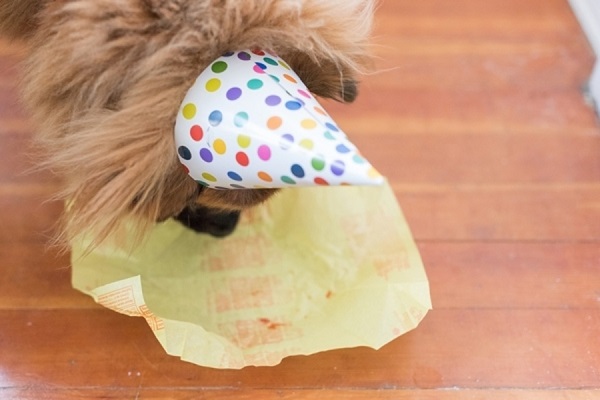 Every dog deserves a loving home, I hope you will consider adopting your next companion!

About Katie Lindgren Photography:  Based in DesMoines, Iowa, Katie specializes in wedding and portrait photography.