Engagement photos with dogs are the best in my book!   I was  happy to see this cute engagement session from Brittany Anderson Photography. 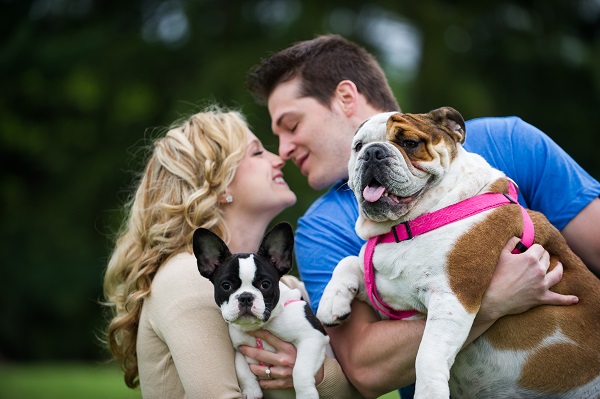 From Brittany:  “Dan and Leigh Anne are newlyweds. They weren’t able to bring their dogs to the wedding so instead they  chose to include them in their engagement session.   Amelia is the 2.5 year old English Bulldog. The small black and white dog is Fiona.  She’s a 1.5 year old French Bulldog.   Leigh Anne always wanted a English BullDog so it was Dan’s first big gift to her.  They decided they needed another dog with a little more energy to balance out the English Bulldog breed.   Dan had always wanted a French BullDdg.  That’s where Fiona came into the picture. 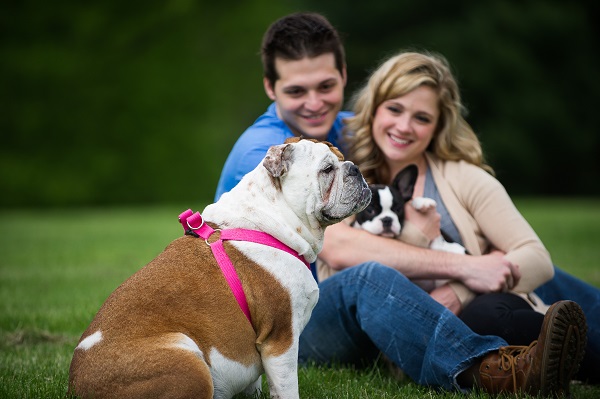 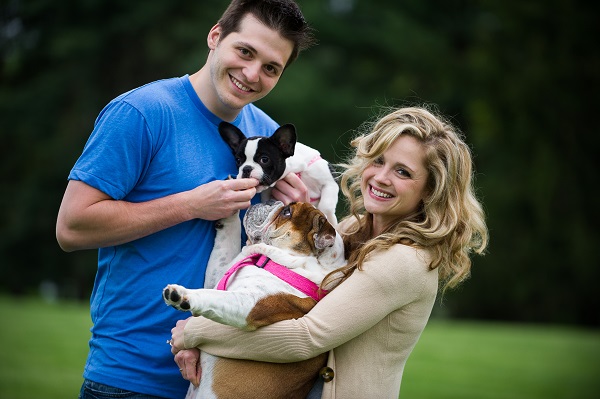 From Dan:  “Amelia is a shark, and not a pool shark.   She circles anything that moves or looks the way she doesn’t want it to,  from the kitchen cart to the vacuum.   If it doesn’t involve food, she’s not involved.   She’s big boned and she doesn’t care.   Her favorite place to be is wherever is most comfortable, and most of the time that involves a pillow. 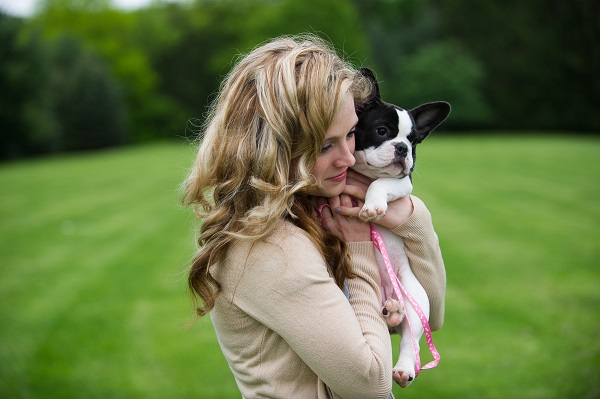 Fiona is a people pleaser. Her goal in life is to make you happy and loves everyone more than anything. We always say she’s the nicest dog you’ll ever meet.   She’s more like cat in a sense that she climbs the back of the couch and snuggles up nearly anywhere.   She is wherever you are at all times. 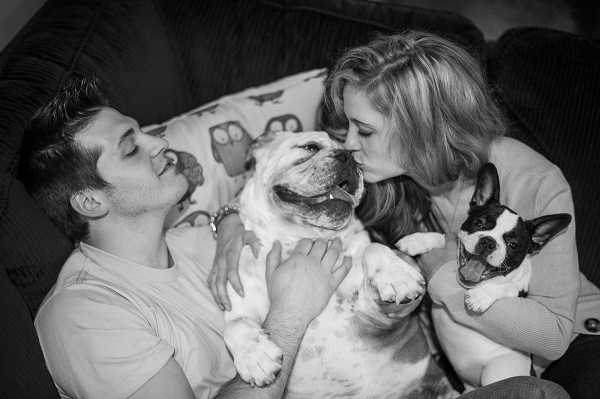 Our girls are just about as opposite as you can get, but we love them both the same.   Amelia’s attitude mixed with Fiona’s heart makes for the perfect combination.”

About Brittany Anderson Photography:  Based in Morgantown, West Virginia, Brittany is a wedding and lifestyle photographer available for travel.