Handsome dog Bruno and his family posed for Irving Photography on a beautiful spring day in Colorado.   I love these classic, romantic, and beautiful photos from the country portion of their engagement session. 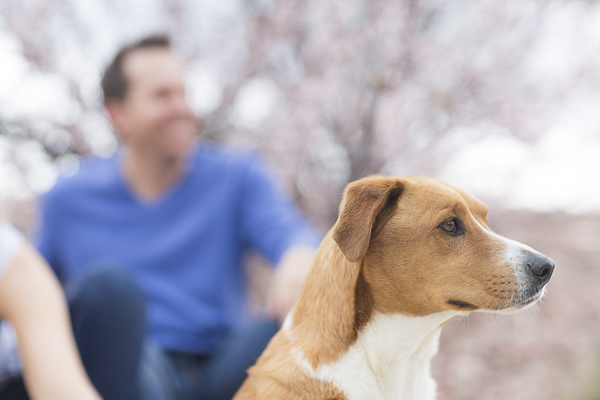 From Matthew:  “Margrete and Chris ooze elegance, but in a fun way! Their clothing is well-appointed and fitted, yet not too fussy. They know what they like, but are willing to go with the flow. They have raised one of the most well-behaved dogs we’ve ever seen and seem to think it was no big deal. In two words, these two are cool and classy. They wanted romantic blossoms in their shots, as well as chic downtown scenes. Luckily, Colorado can offer both!” 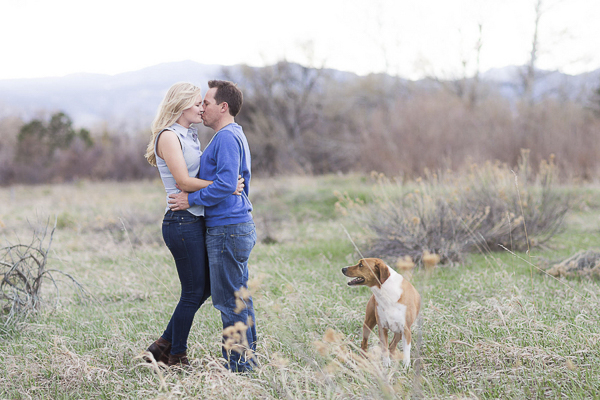 From Chris:  “Bruno turned six on July 8.  We adopted him from the Denver Dumb Friends League on July 8, 2012.  We believe (although it’s unconfirmed) that he is a Boxer / Lab mix.  He weighs 62 pounds and has a heart of gold. 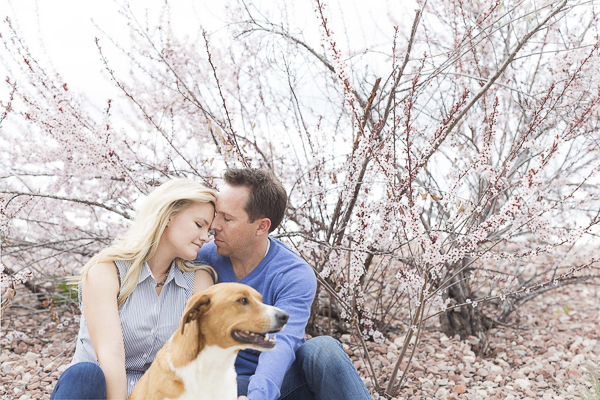 Bruno’s favorite past times include cuddling on the floor with mom and dad, and the occasional time spent in his human’s bed.  He enjoys walks to the park and the neighborhood and has started an informal Squirrel Chasing business around our house.  His favorite animals outside of Rabbits and Squirrels are cats, and he wants to be best friends with ALL of them.  Even the ones that hiss and swipe at him. 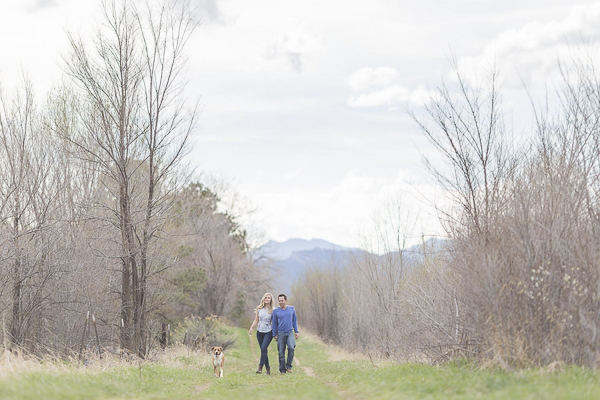 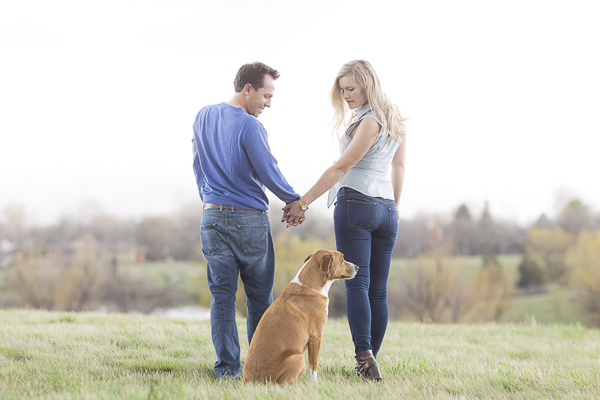 Beggin Strips and DentaSticks are his favorite snack, but he also loves the occasional bone.  Chasing the tennis ball and playing fetch is great, but he loses interest after about ten throws.  Bruno loves swimming and the water in general, but he will NOT go near a sprinkler.” 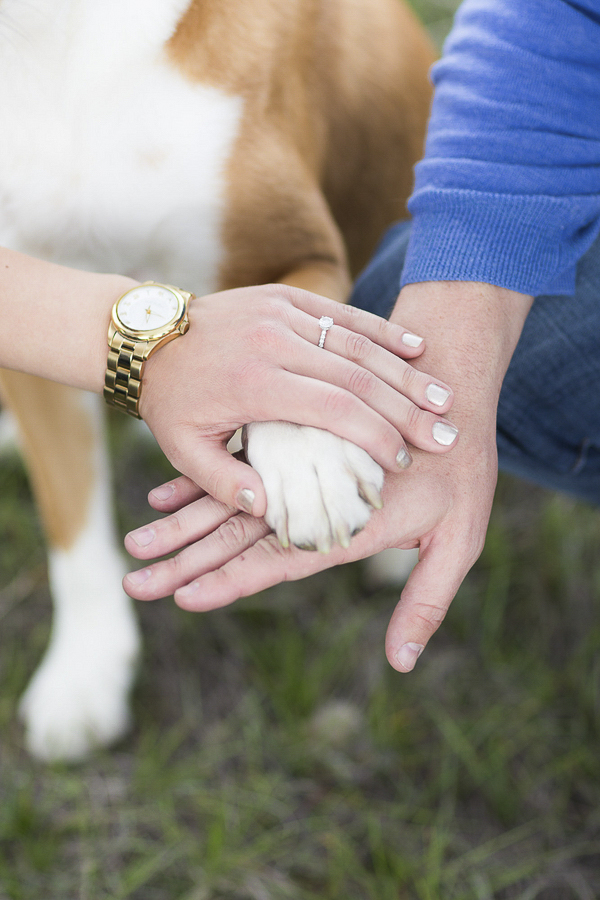 About Irving Photography:  Based in Denver, Colorado, Matthew and Ariel Irving are a husband and wife team specializing in engagement and wedding photography.