This engagement session from Limelight Entertainment Photography checks all the boxes for me:  adorable dog, happy couple, great details, excellent photography and a bonus: a tiny snaggletooth.  Charlie  could also be the poster dog for “Opt to Adopt.”  This cutie is a rescue dog, which makes me love him just that much more. While they haven’t tested Charlie’s DNA, he looks like he’s part Yorkie and Maltese mix to me. (Visual observations are often wrong!) 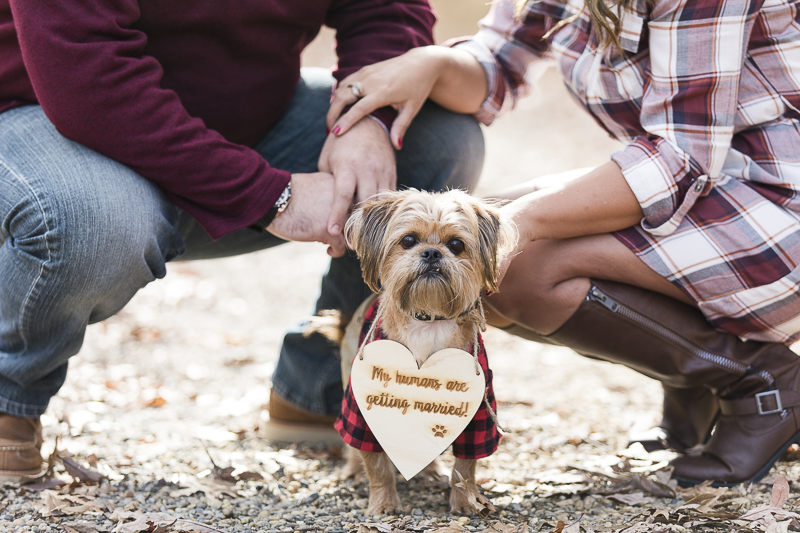 From Jackie:  “Jennifer and Alex’s engagement portrait session was absolutely adorable. They brought their dog Charlie to their engagement shoot wearing a red and black flannel button-down shirt, tan colored overalls, and a fresh puppy cut. Charlie was the most popular dog at the park that day! 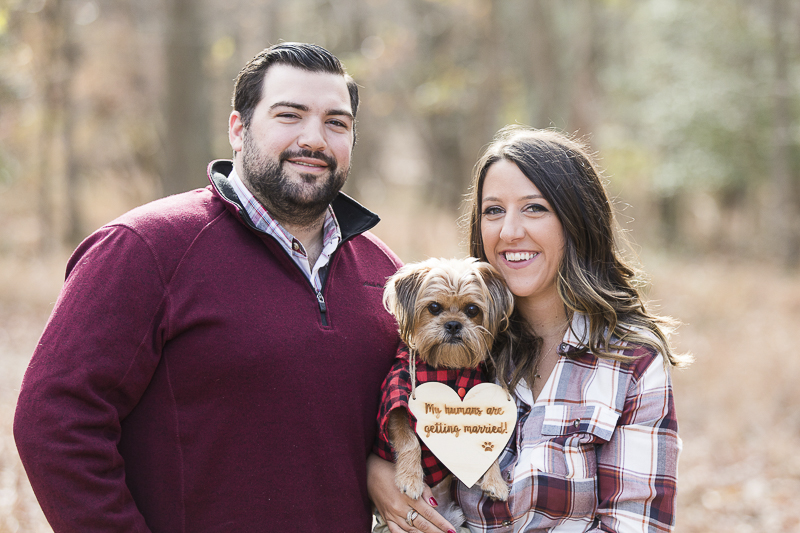 Jen and Alex wanted to involve Charlie in their engagement session since he is such a big part of their life. He sported a small wooden heart-shaped sign that read, ‘My humans are getting married!’ It even had a little paw stamp on it! 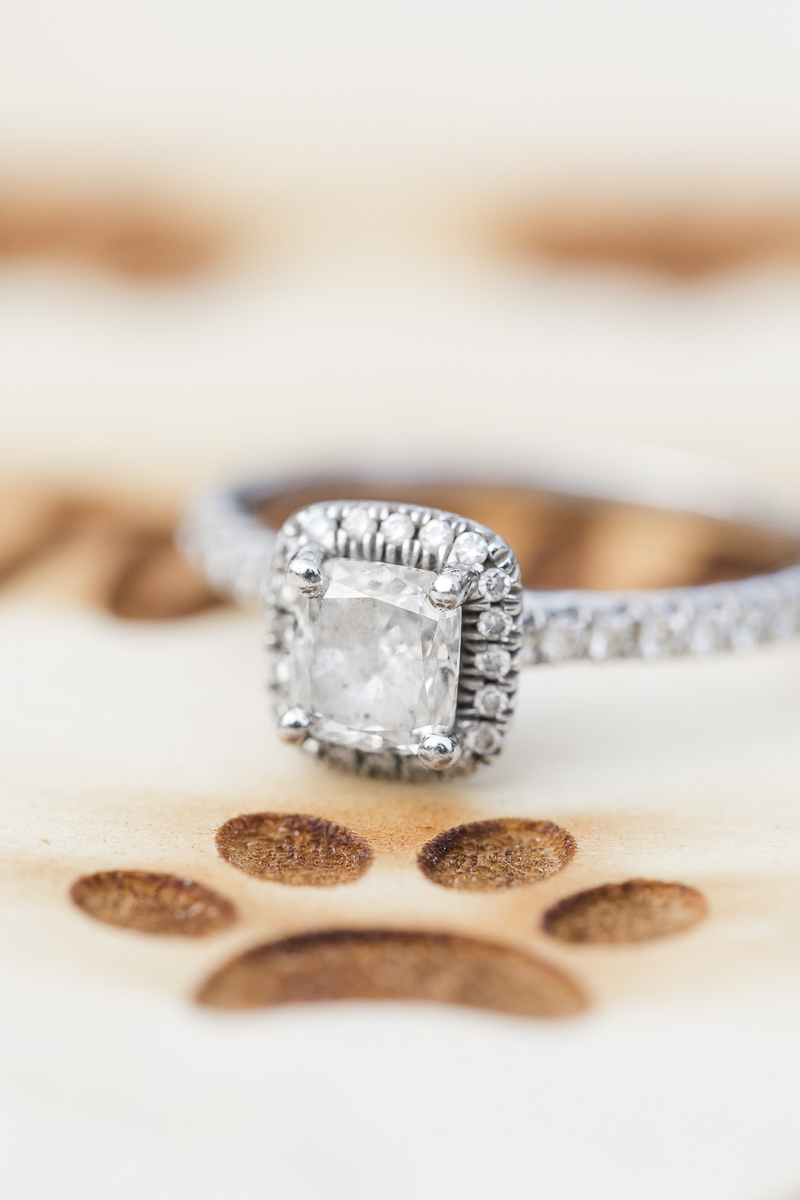 Charlie is a rescue pup, so exact breed is unknown. However, Jen and Alex believe he is part Maltese. Jen and Alex love Charlie’s big personality! He barked and made himself known to every dog walking in the park.” 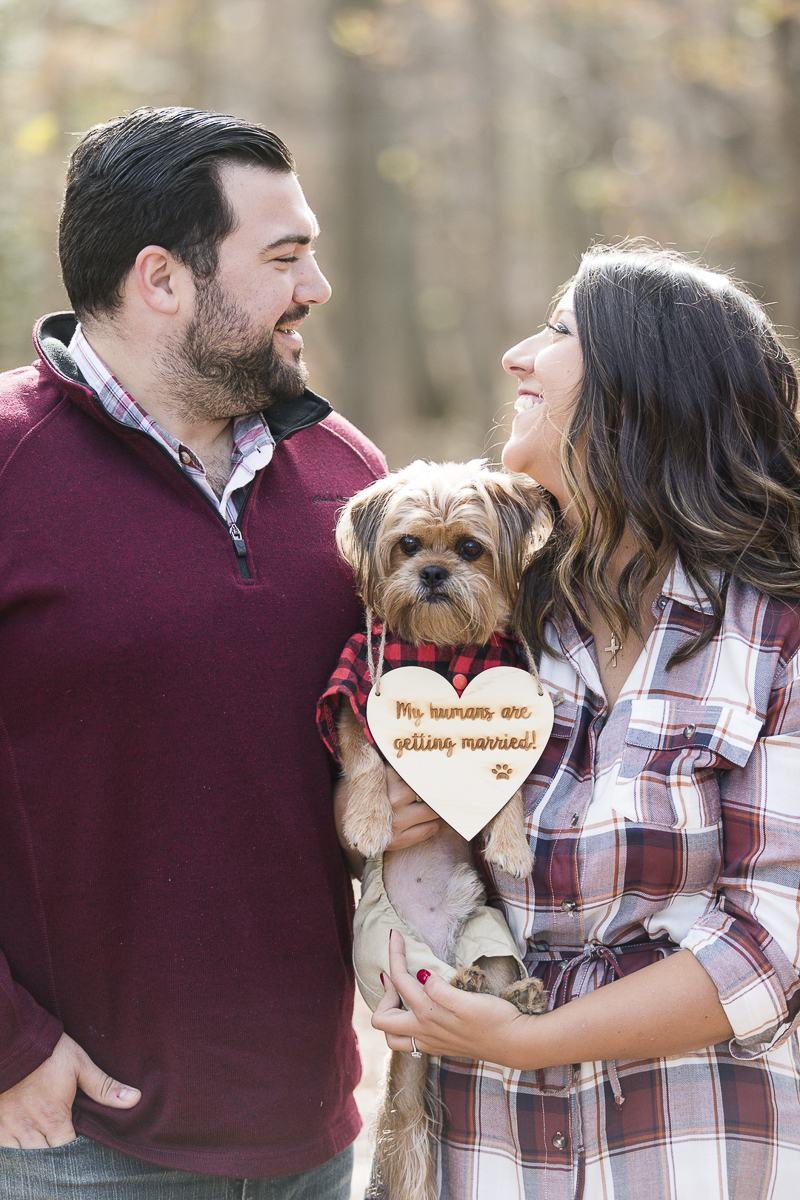 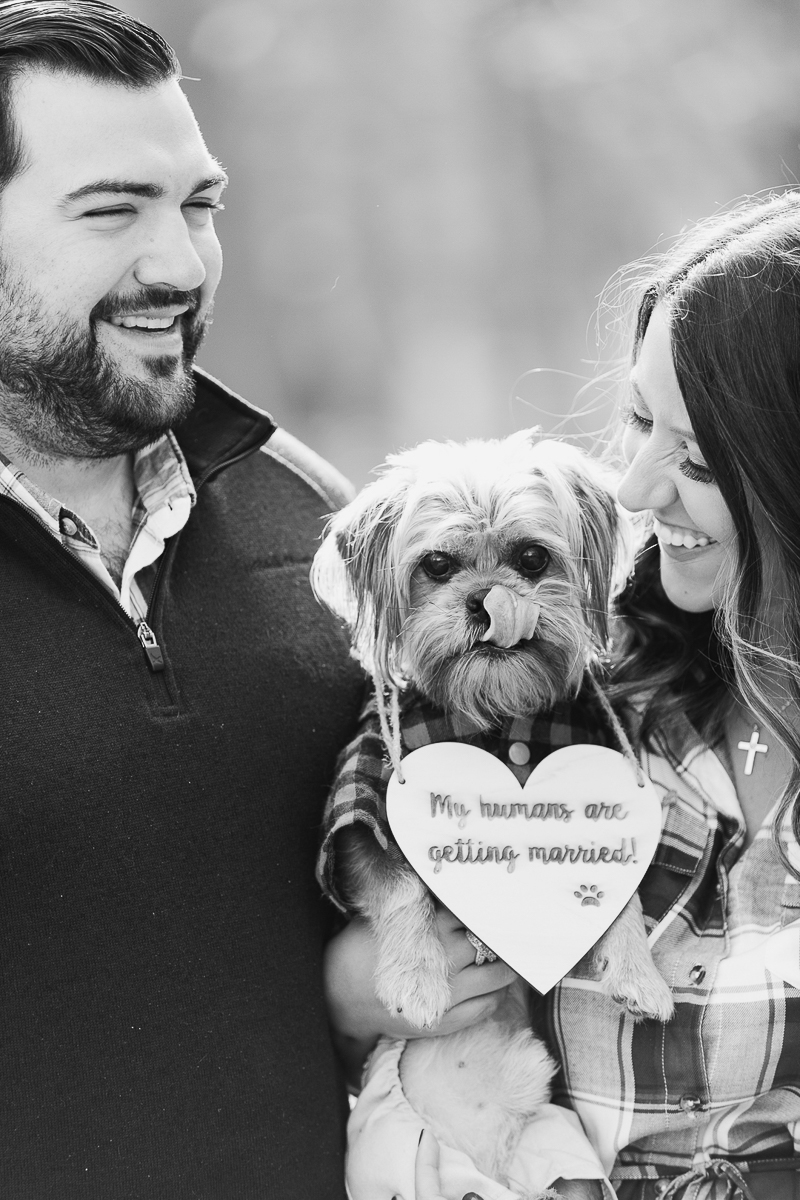 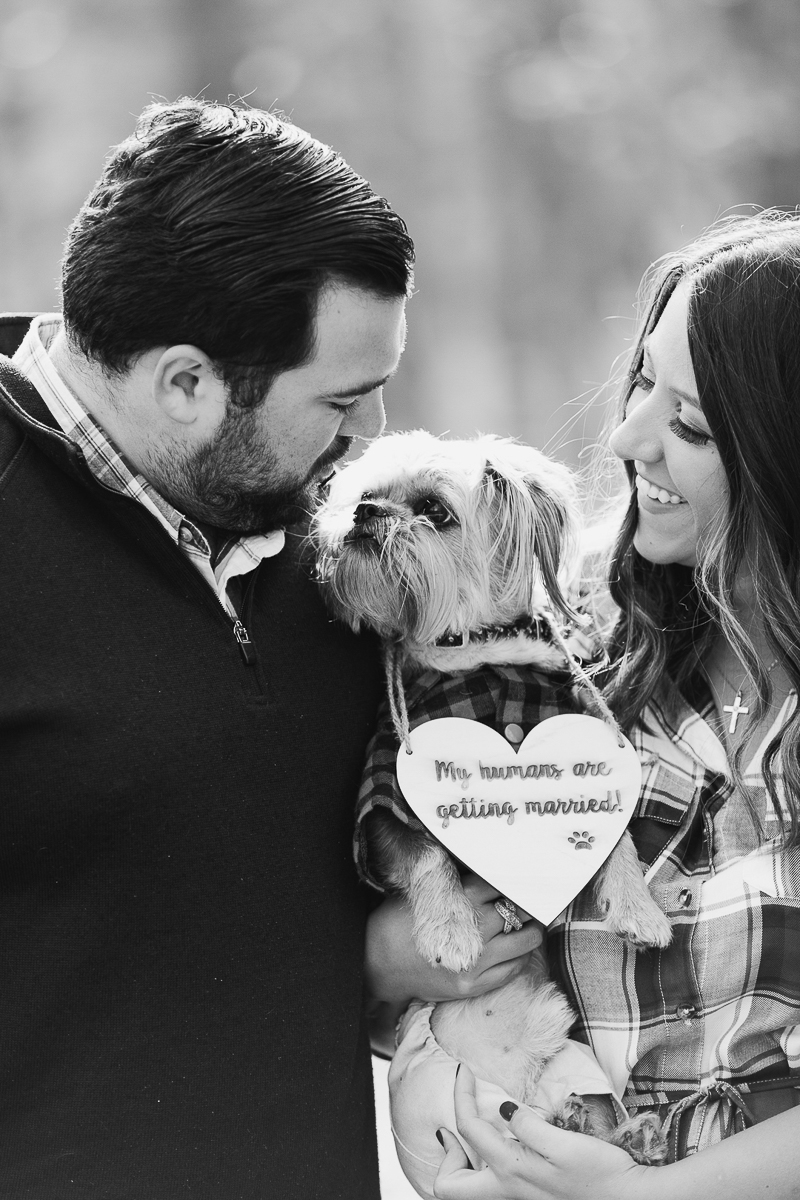 From Jen:  “For years, I had always wanted to adopt a dog, but just never went through with it. About three years ago, I decided I wanted to go look for one. I was a recent college graduate, and the timing just felt right. I was with my boyfriend (now fiance), and we heard that ACCT Philly was having an adoption event at a local PetCo. Charlie was the first dog I set eyes on, and I knew he was the one. My fiance suggested I look at other dogs before making a final decision, but I just knew I had to have him. From that moment, Charlie became so much more than a dog; he truly became family. 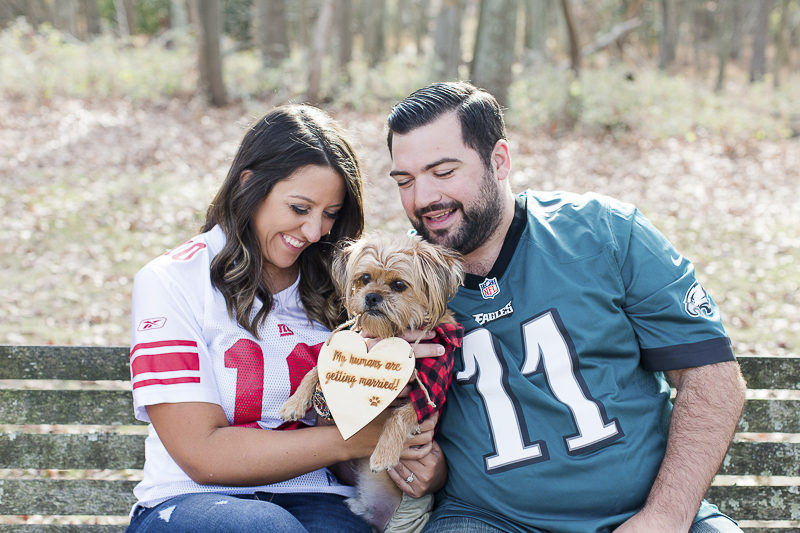 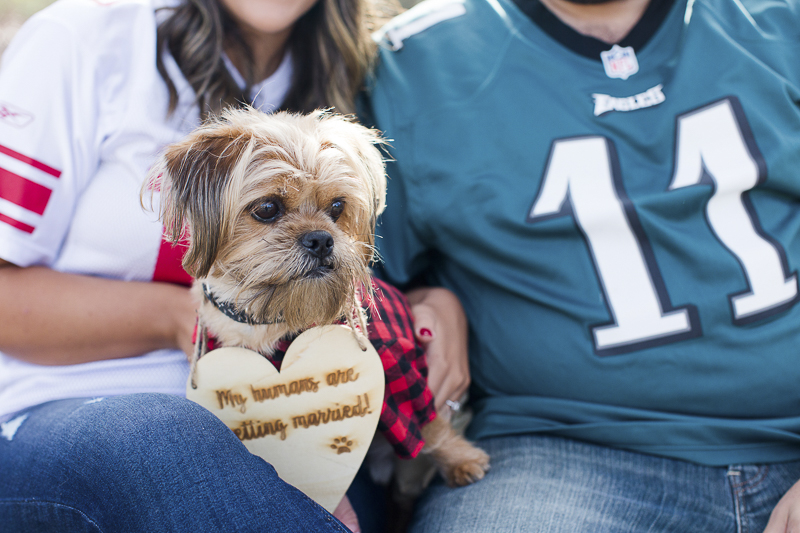 Charlie has the biggest personality for such a small dog. He is energetic, loyal, and protective. Charlie makes it hard for you not to fall in love with him. He truly demands the presence of any room. Charlie can sense when you’re having a bad day and manages to make it 100% better. Some of his favorite things are cuddling, peanut butter and being wherever his mom and dad are.”