Although technically it is still summer, I can’t deny that I’m excited that it is starting to feel like fall.  There is a coolness in the morning and evening that just whispers autumn is on its way.   If you love fall (and who doesn’t), I think you’ll love this save-the-date session from Julia Jane Studios. 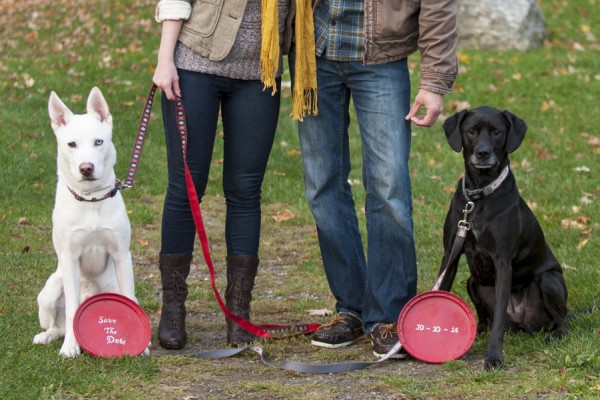 From Julia:  “Emily and Chris are an amazing couple who have a true love for each other (and their two dogs!), So it felt only natural to include Lucy and Stanley in the shoot.   We even had some fun creating a save the date with frisbees.   Lucy & Stanley just wanted to play, but we did get them to sit NEXT to the frisbees (even if they really didn’t want to hold them and pose!  Dogs will be dogs.   Chris also plays the guitar, so we let Lucy & Stanley hang out while we took some shots of just Emily and Chris.   He played her some music, and we got some super sweet images of them hanging out on their picnic blanket.   And because it was October and a little chilly, we also wrapped them in the blanket to keep them warm in between shots!” 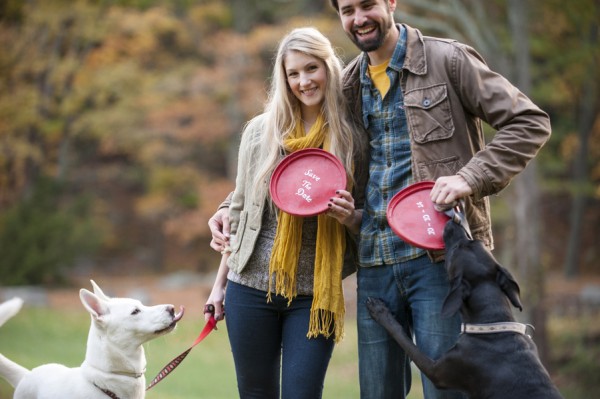 From Emily:   “Lucy is our black Boxer Lab mix that we rescued from a neighbor who couldn’t care for her properly when she was born in 2007.   She’s seven years old but still has the energy of a puppy. Her favorite toy is her Frisbee (which is why we included it as a prop for our engagement shoot.) Lucy would chase after it until she drops. 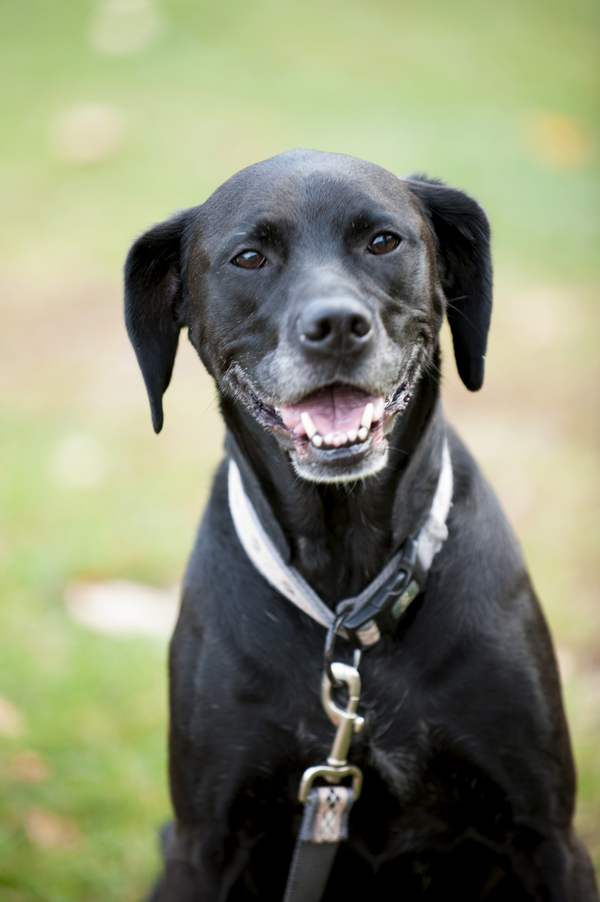 Stanley is our Husky, Lab, Pit mix that we got from a shelter my brother (the vet) used to work for in New York State,  Port Jervis Humane Society.   The woman who owned the shelter came across a black lab pit mix that she didn’t know was pregnant until Stanley popped out in the back seat of her car a little over a year ago.   She asked my brother if he knew anyone looking to adopt.   We decided to take the gorgeous white pup, and he was instantly a mama’s boy! 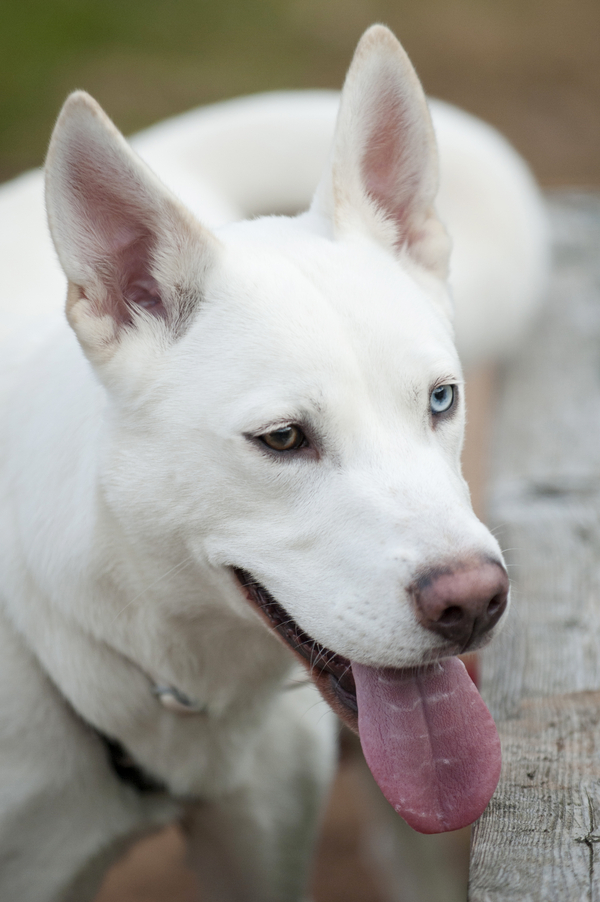 Stanley loves annoying Lucy, his favorite toy is anything Lucy plays with, he loves running like there’s no tomorrow (also fond of the sneaky get-a-away run in the neighborhood), and he can jump about 6 feet in the air.   We call him our little monster man because he’s such a ball of energy.  And even though he gets himself into trouble, we can’t stay mad at him for long because he’s such a ham! 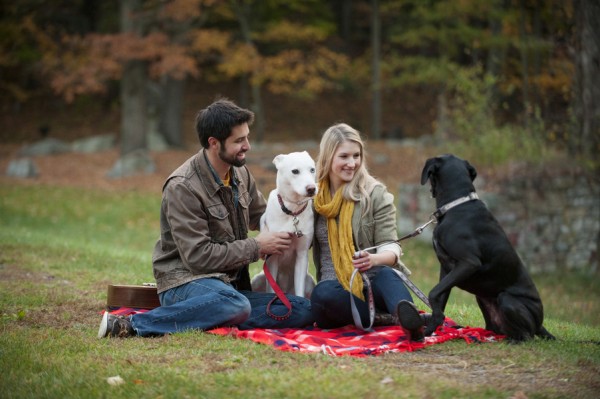 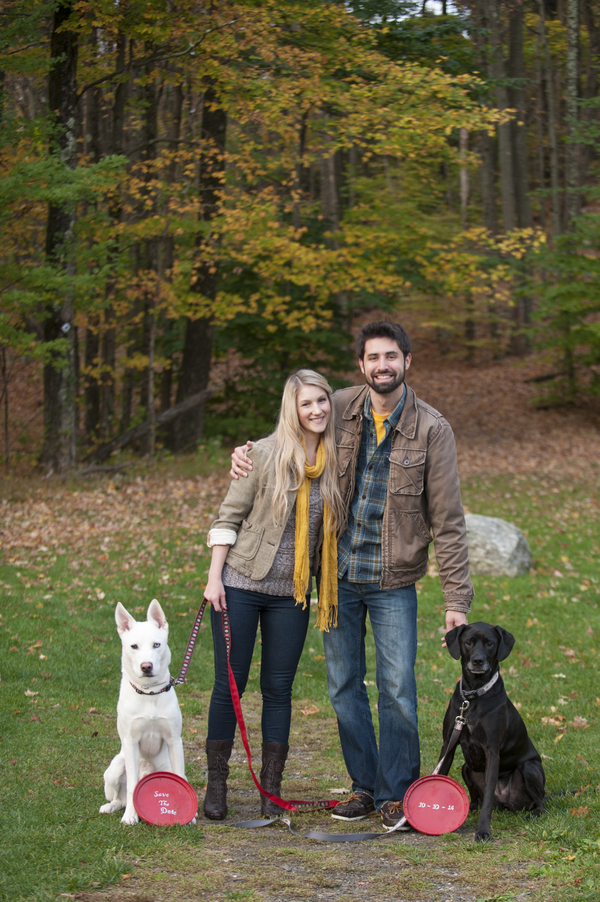 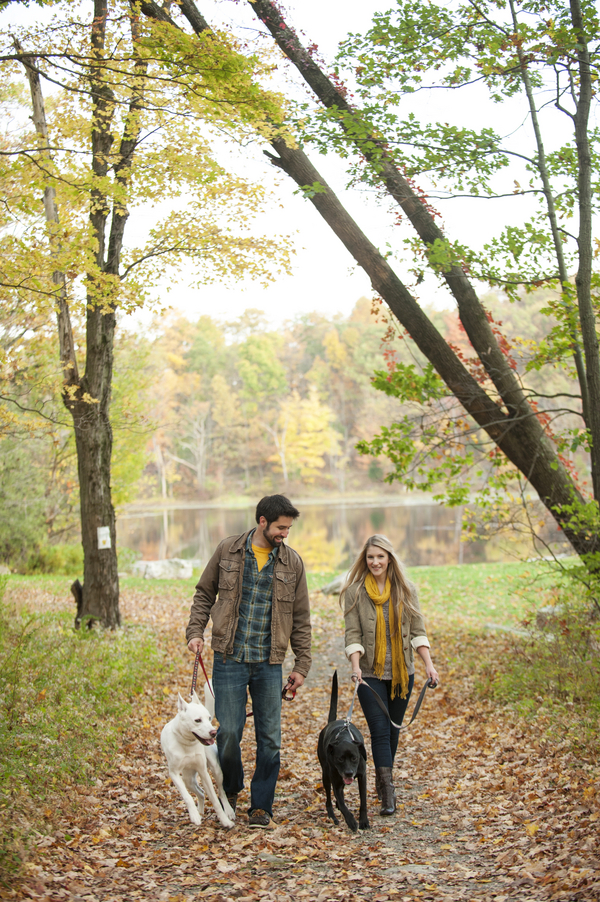 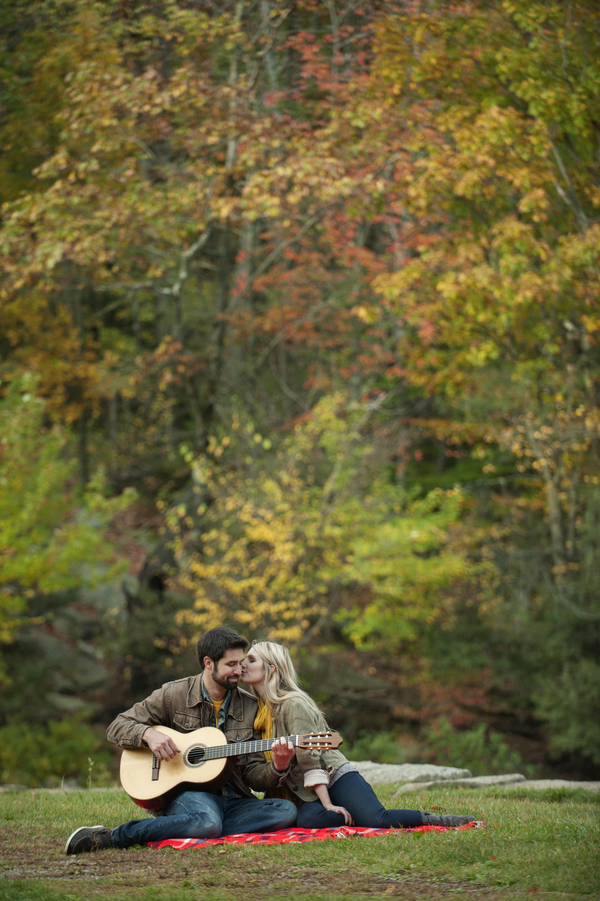 Lucy and Stanley bring so much love and laughter to everyone who meets them, I hope your readers will enjoy them as much as we do.”

You can see more of Julia’s photography by following Julia Jane Studios on Facebook.