I am delighted to share this adorable engagement session by Caroline Lima Photography. 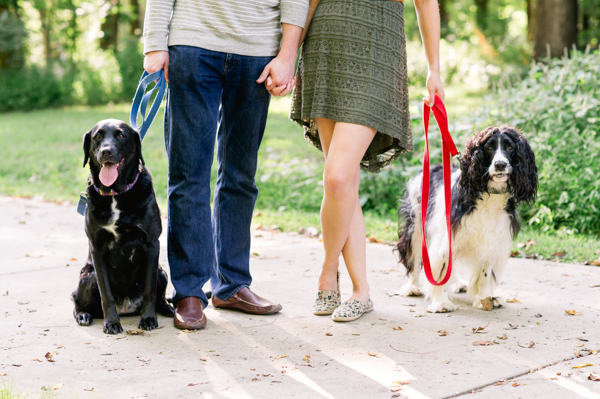 From Caroline:  “Ashley and Jon  included their two pups, Mad and Raleigh in their engagement session. Madeleine belongs to Ashley and Raleigh belongs to Jonathan.  The session ended up with all four of them inside of the river! “ 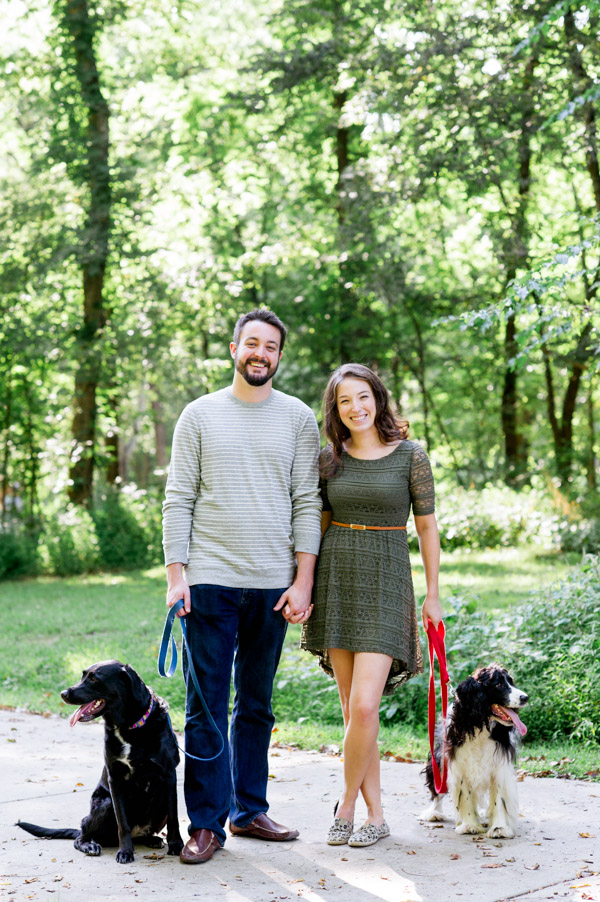 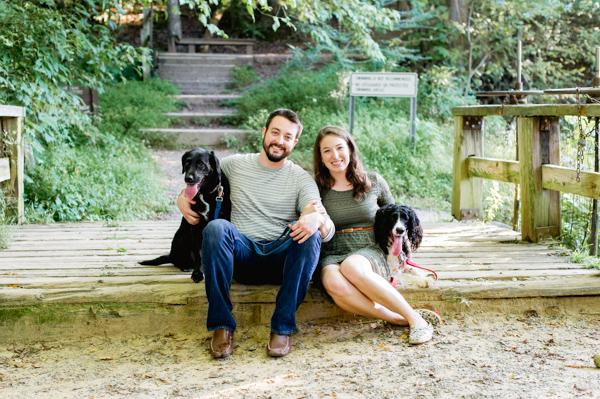 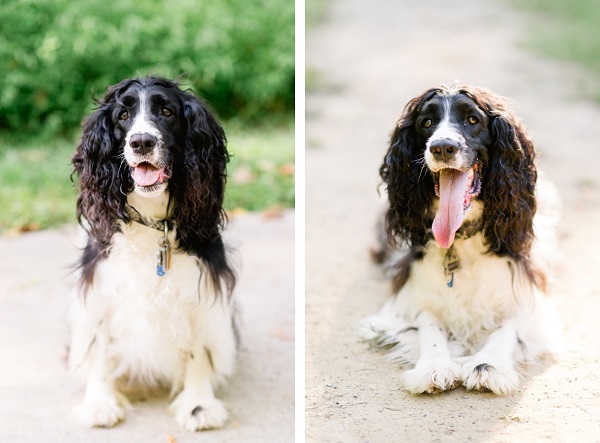 From Ashley:  “They are both ladies. Madeline, better known as Mad (the crazy black and white one), will be 5 years old in February. She is a pure bred English Springer Spaniel.   Mad is more than a little intense, but very easy to please as long as you throw the tennis ball fifty million times a day. She squeaks in impatience if you don’t do it fast enough. I unfortunately don’t share her fondness for incredibly loud squeaky toys. She loves to run as fast as she can and always takes off like a rocket before you can finish throwing the ball for her.

She goes bananas when she sees water and would swim across every lake we come to on our hikes if I’d let her. She whines like a little toddler when she is sleepy because she doesn’t want to stop playing to sleep. She also usually doesn’t eat until the middle of the night while I’m sleeping because she’s been so active during the day that she forgot to eat! You also always have to have a towel around for her because she’s kind of got a drinking problem…she never even attempts to swallow the last gulp of water and just starts walking away as it falls out of her jowls. Every time I come home from work or from running errands, she is waiting right at the door for me with a giant stuffed teddy bear in her mouth, wiggling her body and wagging her nub for all she’s worth! 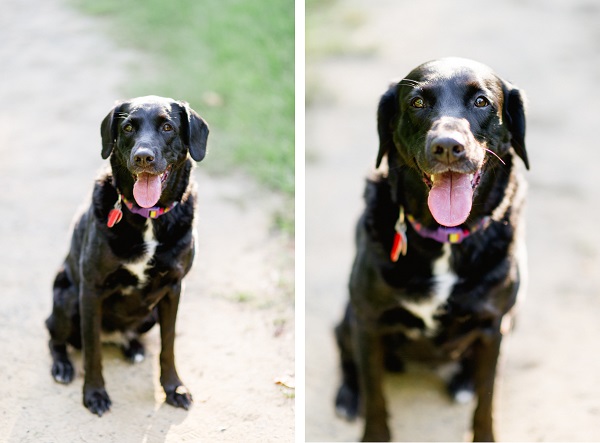 Raleigh is a mostly black lab, probably mixed with some kind of hound. She was a rescue from the Raleigh SPCA. She was found when she was 3 or 4 months old wandering the streets of Southeast Raleigh by herself. She was so weak that she refused to eat until Jony’s sister covered her hands in baby food. Raleigh licked the food off her hands, and she has been a licker and lover of food ever since. She’s around 7 years old. Her favorite thing to do is sleep and she loves her daddy so much! She has spurts of activity. She loves to create holes in the middle of floppy frisbees so she can stick her head through it as she’s running around the back yard.

She HATES baths but loves rivers and lakes. 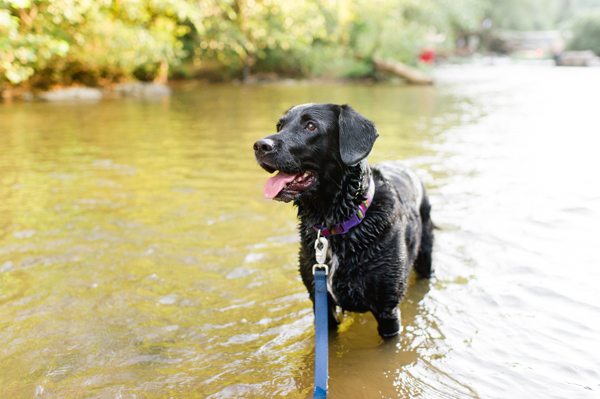 She is happiest when laying on the couch next to daddy chewing on a bone. She is super expressive; she will definitely let you know if she is happy or sad about a situation, and prepare for the trash to be all over the floor if she is unhappy. When you put her leash on to take her for a walk, she gets very excited and bounces up and down on her front legs repeatedly until you make her sit so you can actually attach it! She gets to go lots of places because she loves to snuggle with people and wiggle for them. She also loves it when you say her name repeatedly, especially if you sing it.” 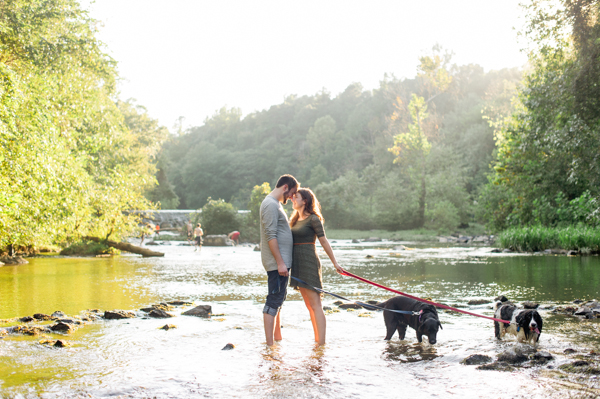 Visit Caroline’s blog to see more of this darling family. Follow Caroline Lima Photography on Facebook to keep up with her latest work.

About Caroline Lima Photography:  Based in North Carolina, Caroline captures warm and timeless images worldwide.  She has a Golden Retriever of her own.