Bentley, an eleven-year-old Yorkie-Pomeranian mix reminds me of the Yorkie I grew up with.  So naturally, I was excited to feature these pictures by  Gigi Boucher Photography.  However, when I read about the proposal, it seemed like something out of a romantic movie. 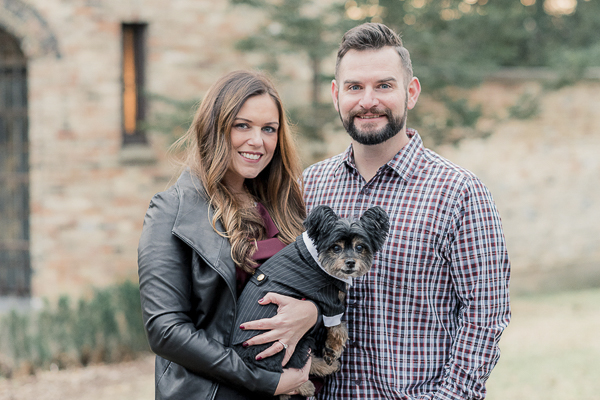 From Gigi: “Heather and Keith’s engagement pictures included two locations in Elgin, Illinois. The weather was cold but warmer than most winter days. Keith and Heather wanted to include Keith’s two sons and Heather’s dog for the engagement session. 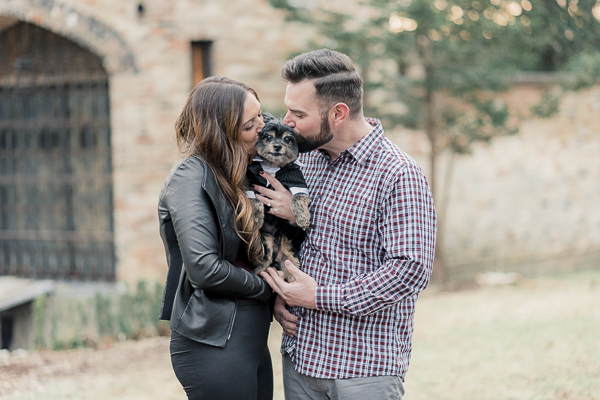 Heather and Keith met at a wedding at the Abbey in Lake Geneva. Keith planned the best proposal day ever! He incorporated his kids, her dog, and all of their best friends and family into a surprise-filled day. Right before he got down on one knee there was a little gift bag for Heather. Heather opened it and it was a little tuxedo for her dog Bentley. 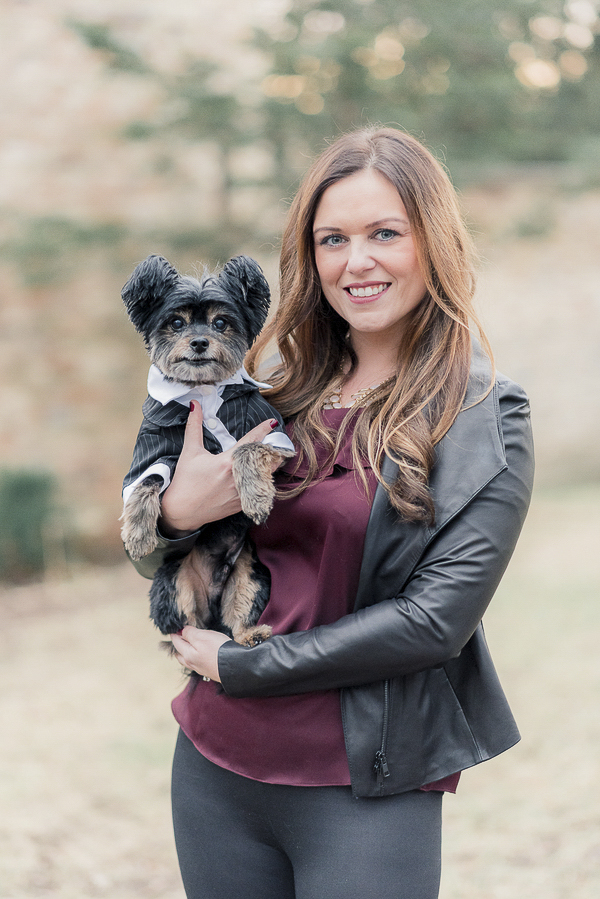 From Heather:  “Bentley is a Yorkie-Pomeranian mix.  Even though he’s 11, he still loves all the same things he did when he was a pup. Bentley loves to do anything and go anywhere. Road trips are his thing. He used to be Heather’s running partner. He loves laying on the back of the couch like a cat. His favorite thing on the planet is sand. Bentley goes crazy over sand, head dives right into it. 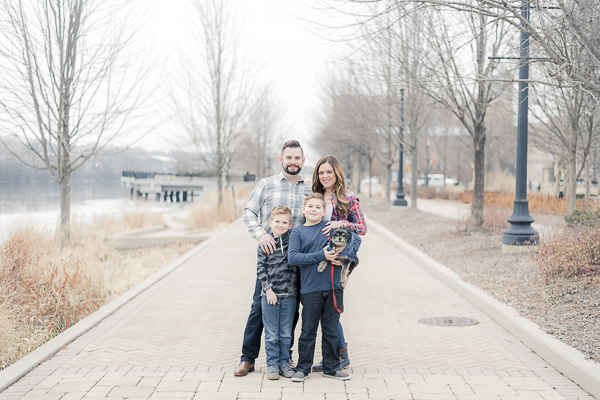 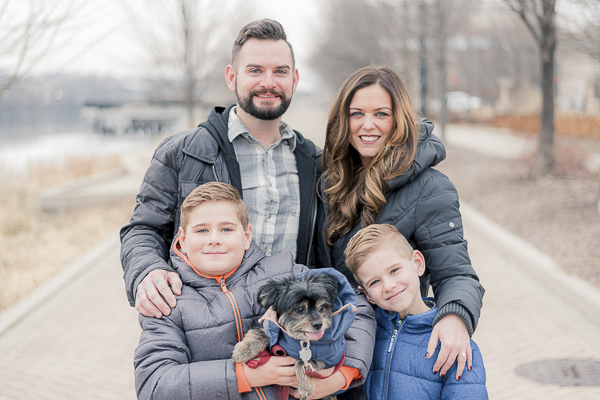 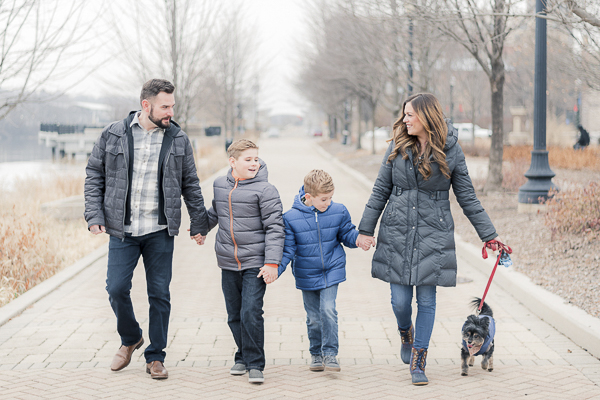 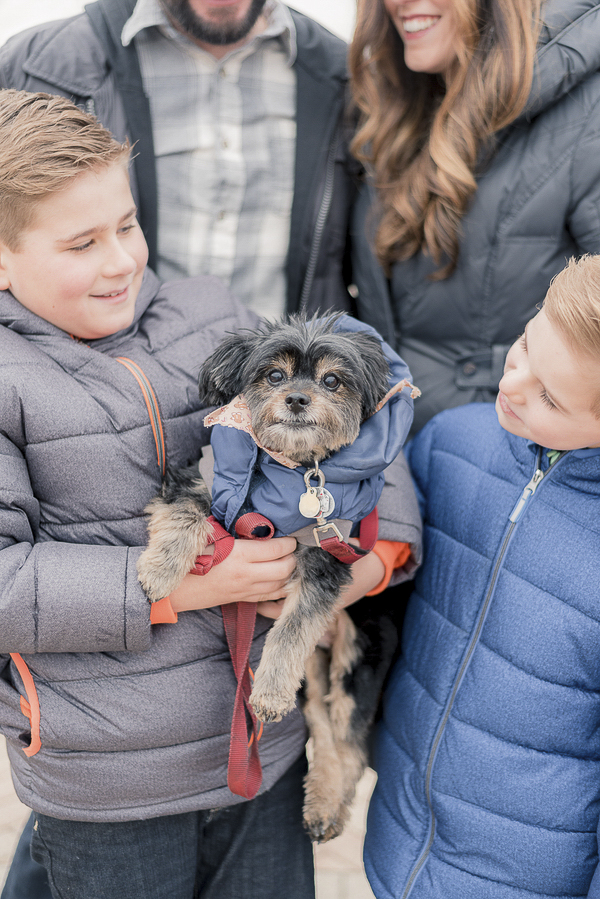 The best way to describe Bentley’s personality would be that he is corky and so goofy.” 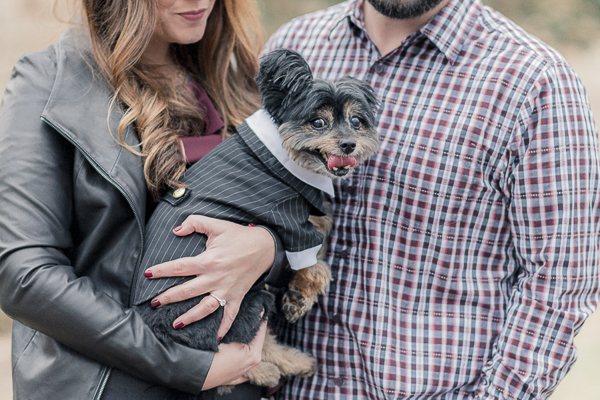 You can see more of Gigi’s photos, including some of her dog, by following Gigi Boucher on Instagram.

About Gigi Boucher Photography:  Serving the Quad Cities in Iowa and Illinois, Gigi is a wedding and portrait photographer.