Life has a way of interrupting the best intentions, so it always makes me happy to see a photographer who makes photographing her dog a top priority.  Megan Travis has the cutest Westie, who makes a regular appearance on Megan’s blog. 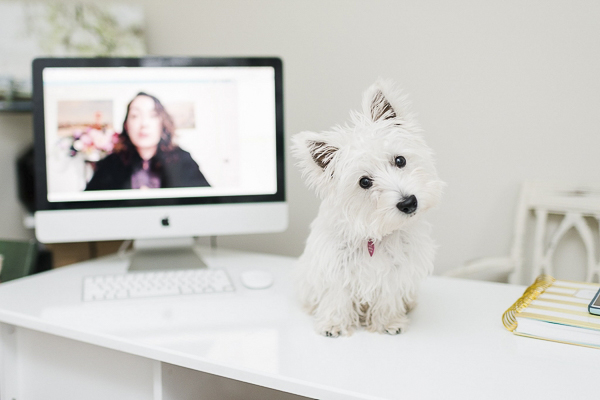 From Megan:  “Aaron and I have fallen in love with our Westie, Barley! She was truly a gift from God at a time in our lives when we needed her the most.  When Aaron, my husband, and I met, I had a Golden Retriever named, Charley. Charley was in my life since she was a little furball and it’s hard to put into words what our friendship meant. I don’t know if you have pets or not, but there is a closeness there that grows and grows over time. We were inseparable. Aaron had a Yorkie named, Baxter (Bax) who he absolutely adored. Yes, my husband who is 6’2 had a tiny dog, and short little me had a big 65lb sweetie! Needless to say, both of our animals had our hearts. In 2015, a few years later, Aaron and I were planning our wedding, and ready to start our lives together when one day I woke up and I could tell Charley wasn’t feeling well. I took her to the vet, and waited patiently as tests were done, while she was wagging her tail the entire time. The vet brought me into a room with Charley and began to tell me she had kidney failure, and I couldn’t stop crying. He was positive and kept my spirits up that we were going to try a few things to help her. A month went by with many vet trips, new foods, and lots of love. Aaron and I were married in June of 2015, and when we returned home from our honeymoon, we knew it was Charley’s time to say goodbye. My mom was spending time with Charley while we were away, and told us that Charley waited for us to say goodbye. We created a bucket list for our Charley, and she was able to swim one last time, which she absolutely loved more than anything in this world! We said our goodbyes, tears fell for many days and continue to do so, and there is not a day that goes by where we don’t think of our sweet, loving dog.   She will always have a special place in our hearts.  Aaron and I also had Bax at this time, and it was a godsend that he was still in our lives to love on and to talk to. He was the sweetest Yorkie!   I only knew Bax a few short years, and we became best friends quick. He always wanted to snuggle and help around the office. He made a fabulous office assistant!  Months went by after Charley passed away, Aaron and I talked and decided to add a new addition to our family, and we met Barley in October. 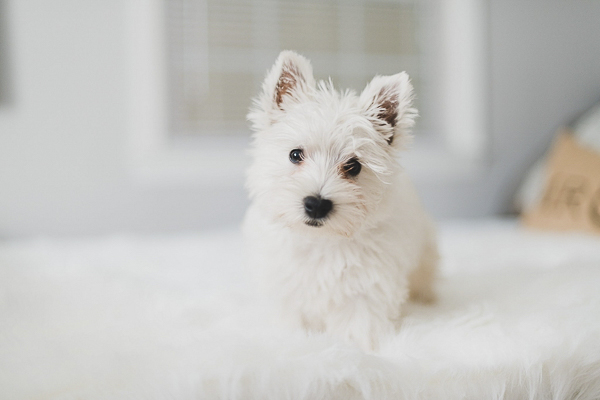 We brought Barley home, and Baxter didn’t know what to think about this little white fur ball in his house and spent much of his time on the couch.  A few days later, Baxter started not eating, drinking water, going outside, and we decided to take him to the vet because we were worried about him. Aaron returned home from the vet that day, and I knew that our lives with Bax would never be the same, he had kidney failure. Those words were like a knife to my heart. Bax had to stay at the emergency vet over the weekend for fluids, and nothing seemed to be working. We kept our spirits up, prayed, and hoped Bax would pull through that entire weekend, but on that Sunday evening, Aaron and I made the second hardest choice we had to and said goodbye to our Bax. We visited Bax one last time, and once we saw him, we knew it was his time to say goodbye. We know we were blessed to have such sweet, loving animals in our lives and we hope they know that they were loved more than anything in this world. Our hearts hurt still, but there is peace in knowing that they are together, running around, chasing squirrels and swimming!  Now for our new addition to the family, Barley. We came up with the name Barley because it is half of Bax’s name and half of Charley’s name. 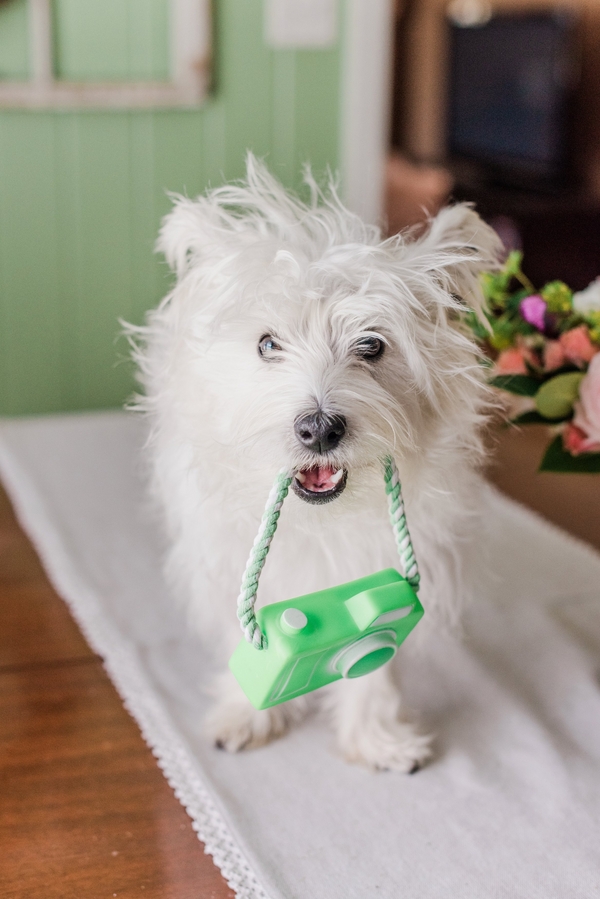 She was a godsend to us at a time when we needed her most. She has helped us heal, love again, and each day with her is a true blessing. This is why I take photos of our Barley every Wednesday and create a post called Westie Wednesday, to capture moments with her that will be gone one day. 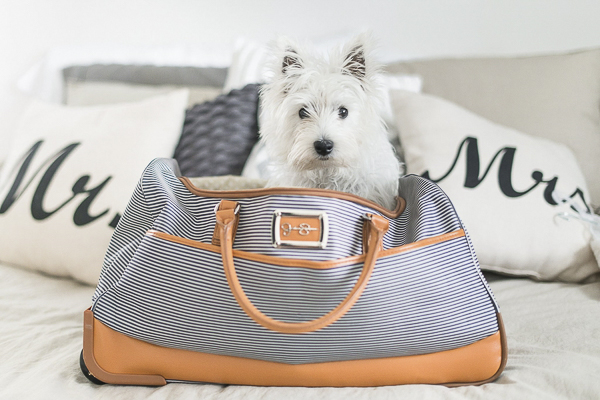 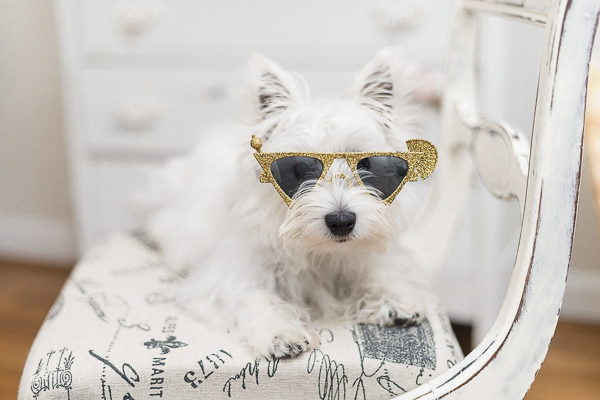 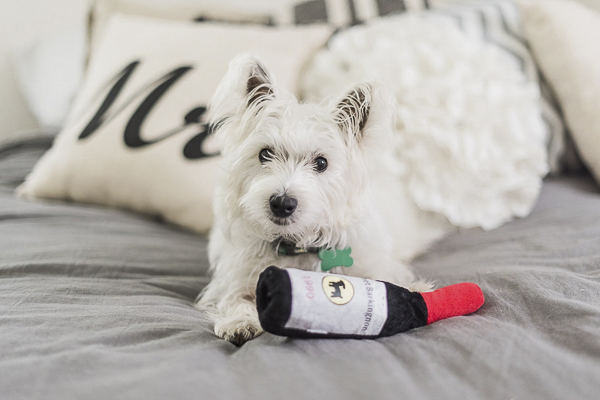 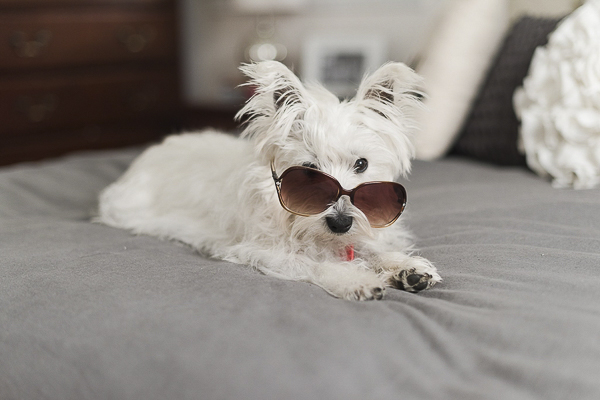 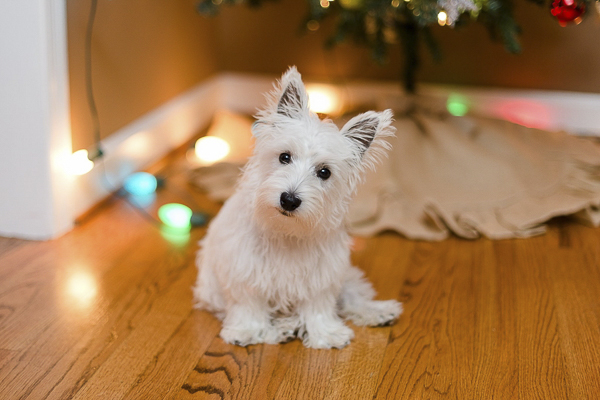 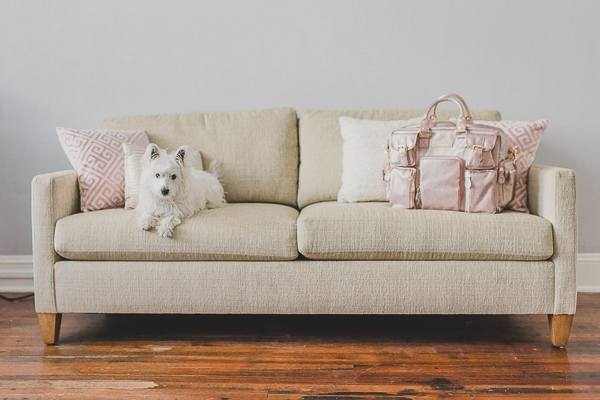 Photographs are precious pieces of life that we can hold onto to remember the happy, funny, loving moments that take place in our lives. 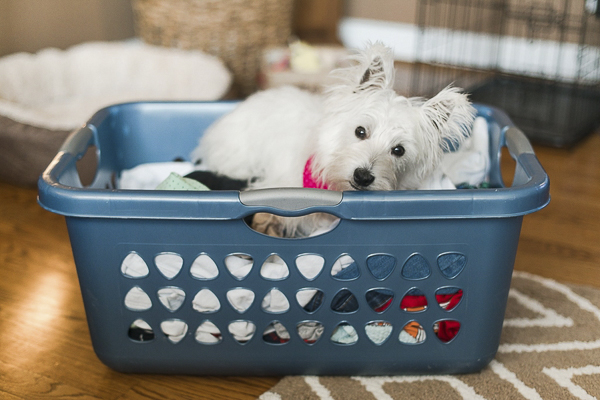 Barley has helped Aaron and I more than she will ever know and we are thankful for this sweet, fun-loving fur-ball!

If you are interested in adopting a Westie or another terrier, Wag N Train Terrier Rescue always seems to have some fantastic dogs available.

About Megan Travis Photography:  Based in Winston-Salem, North Carolina, Megan is a photojounalistic wedding and portrait photographer.  She  is available for travel.