I’ve featured Nashville pet photographer, Mandy Whitley’s work many times, and I’m super happy to share photos of Mandy and her gang!   Not only is Mandy a talented photographer, but she’s also passionate about rescues.  Mandy grew up on a farm in southeast Missouri and has been an animal lover her entire life.  All photos courtesy of Mandy Whitley Photography. 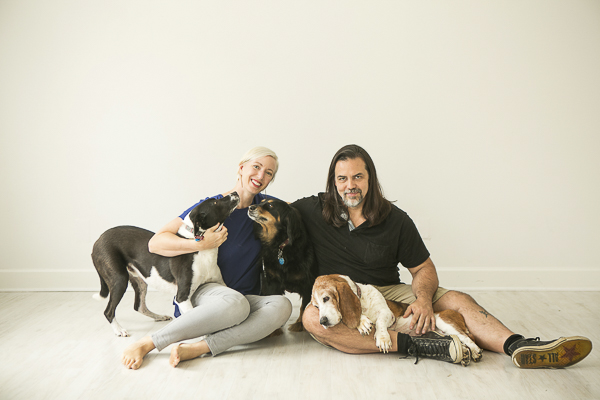 From Mandy:  “I am passionate about both photography and animals, so it is only natural for my photography business to be focused on ‘pets and their people.’  I love the way animals bring out the best in people, and whether I’m photographing a family, an engagement, or a wedding I think it’s important to include ALL the family members – including the furry ones!

Our pups and cats are just some of the many reasons I’m so passionate about pet adoption. I’d love to tell you a little more about how they came into our lives!

It all started with Max, the cutest little shepherd-mix puppy. He was my first pet as an adult. David and I had only been dating for a month when we adopted him! We fell in love with his adorable puppy face, and he was with us for ten years.

After we lost Max, we decided to start fostering.  After fostering 25+ puppies and dogs, these two – one right after another – stole our hearts (and each other’s, they have a serious bromance going on). Our two most recent additions, Don Draper and Rollo, both came from a local group, East C.A.N. that we’ve fostered with for many years. 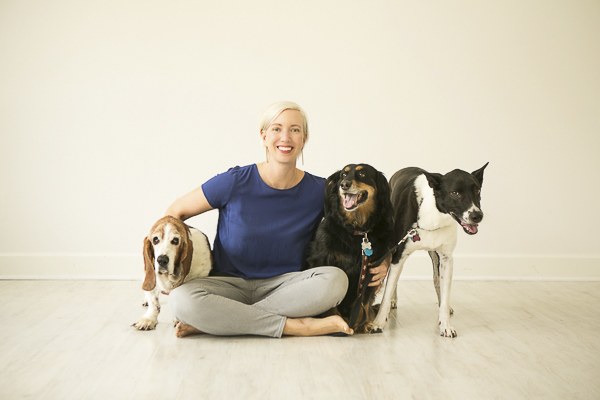 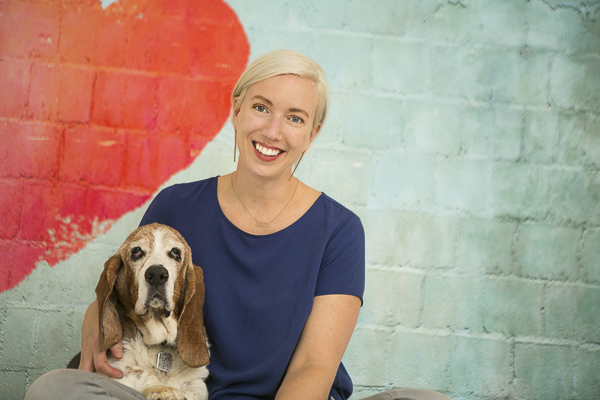 Rosie is our 14-year-old Basset Hound.  We adopted her from a friend who had her for three years and realized Rosie needed more one-on-one time than she was able to give. We met Rosie, fell in love with her, and now she has all the attention she could want.  Rosie is our old lady and is certainly the head of the dog pack (after us of course). Don Draper and Rollo are a little bit afraid of her, which is kind of hilarious since she’s a Bassett hound and they are so much younger than her. She really just wants as much human attention as possible and will pet herself by rubbing on you if you aren’t doing it yourself. 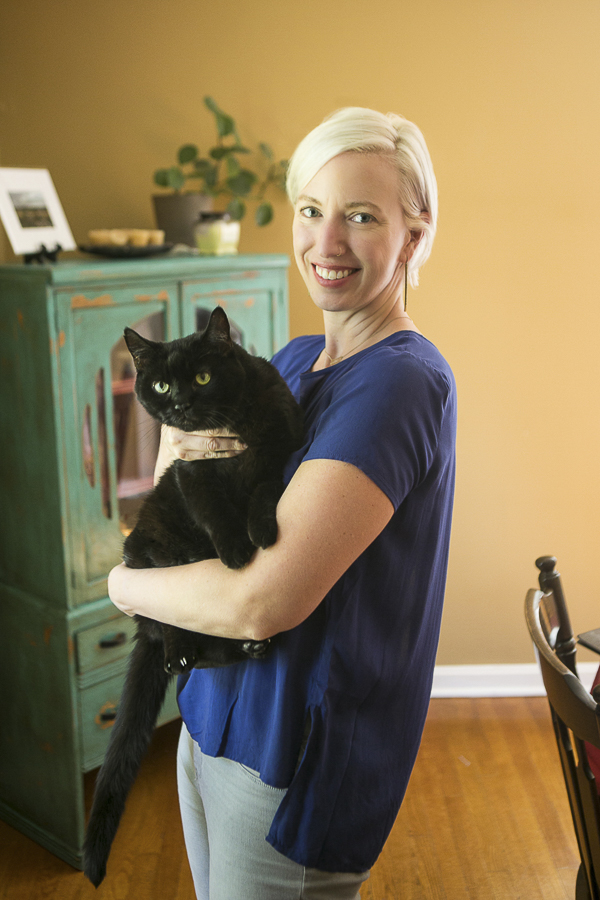 We also have our cat Buzzsaw, who we refer to as our puma. We adopted him from a local rescue group which was set up at PetSmart, and he’s been with us for 12+ years. 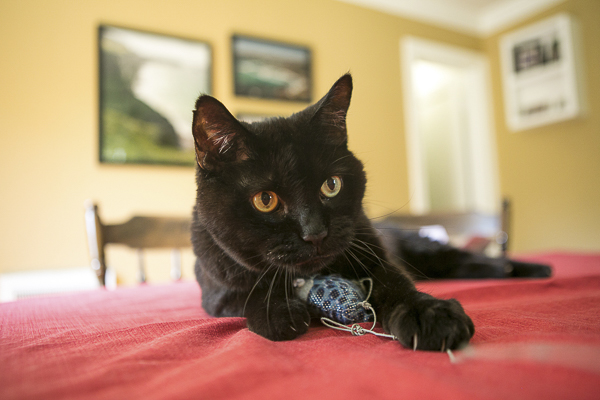 Buzzsaw loves to play and sleep. I think he’s 80% cat, 20% dog. He is a serious purr machine and enjoys sleeping on my feet and playing with toys. 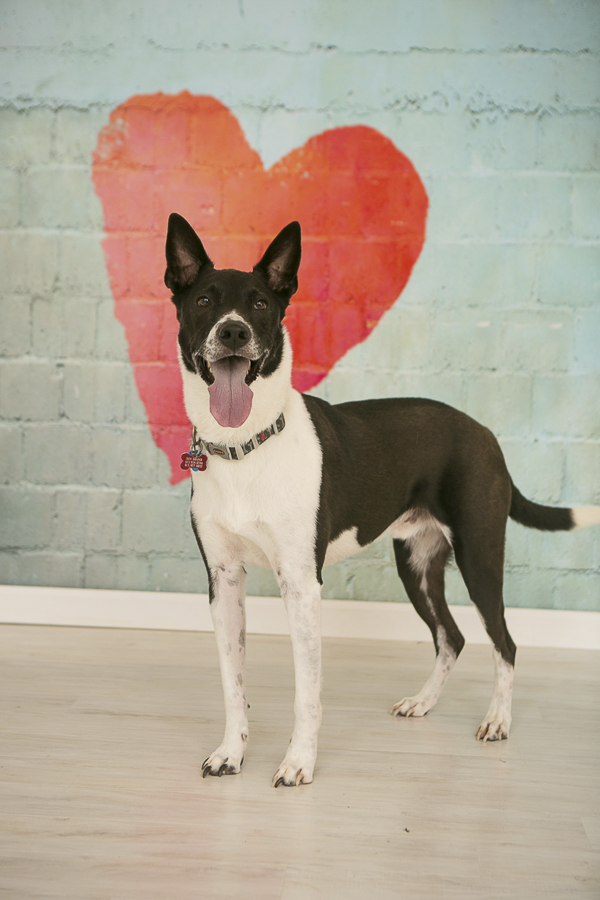 Don Draper’s story is the most meant to be. We fostered Don through East C.A.N. when he was just eight weeks old. He was adopted by a young couple who, after a year, returned him to East CAN due to things going on with them, not him. We decided to foster again, and this time we kept him. 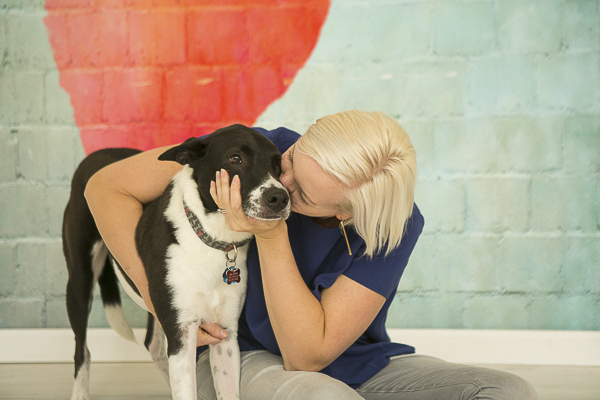 We were binge-watching Mad Men the first time we fostered him. And really, he’s just so handsome it works for him!  We mainly call him Don Draper, but also Don, Donnie, D Drape….you get the idea. Don is very smart, and also a bit anxious. He loves catching frisbees. 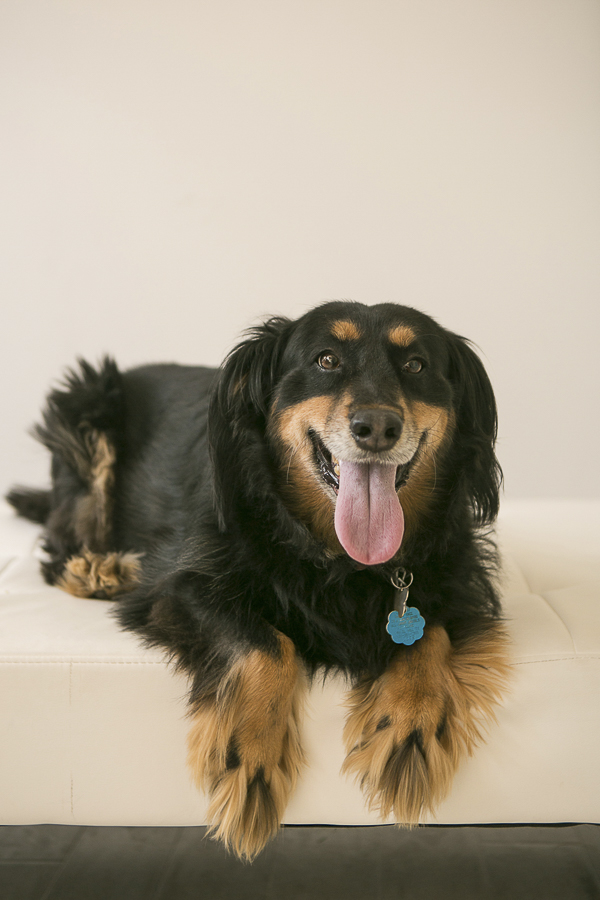 Last, but not least, is sweet Rollo (who got his name from the show Vikings). As I mentioned before he was our foster dog right after adopting Don Draper and those two just became inseparable. They are true besties and play hardcore WWF style every night. Rollo also loves to cuddle with us on the bed or couch. 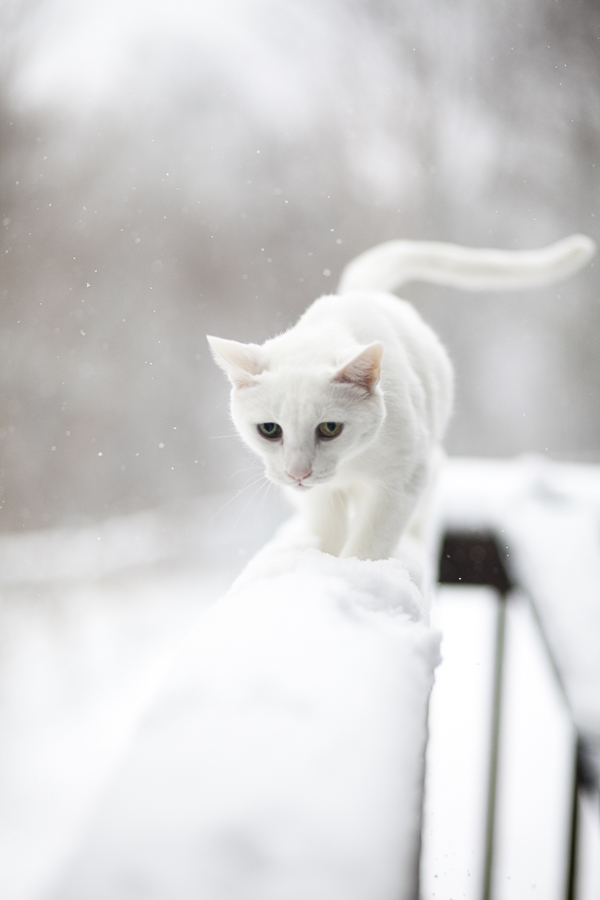 We lost one of our sweet Whitley pack members on August 16. Skywalker was the best cat. We adopted him 15 years ago, as a kitten, and we loved every minute we had with him. He loved snuggling (especially on my heated throw) and helping David with his emails.  Skywalker and Rollo were BFFs and liked to sleep together on our bed. He made a lot of human friends over the years and, in fact, acted human much of the time. We will miss him forever.

In my opinion, rescue animals make the best pets!

Even if you are looking for a particular breed, there are rescue groups for them all – do some research and find the pet that’s right for you and your family.

Also, please consider fostering. We now regularly foster kittens through our local animal center, and it is always fun and rewarding work! 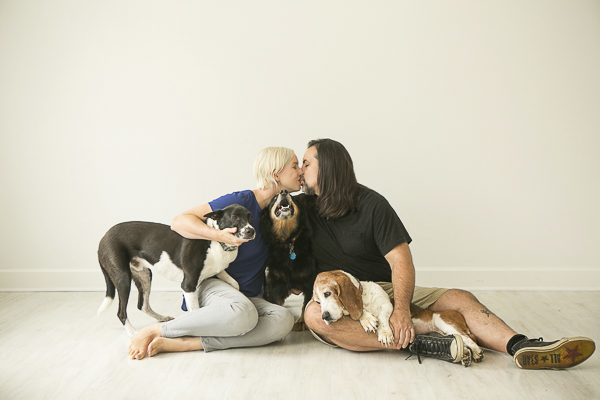 About Mandy Whitley Photography:  Based in Nashville, Tennessee, Mandy specializes in photography for pets and their people.