April is National Volunteer month as well as National Adopt a Greyhound Month.   This session  seemed like a perfect post for the beginning of April.   Holly Hospel from Lupine Lens sent this session of two rescue dogs with two different happy endings.  Holly volunteered her services photographing her sister’s foster Greyhound, Big Red.  Her whole family is actively involved in helping animals.  Big Red is serving an ambassador, he already has been adopted! 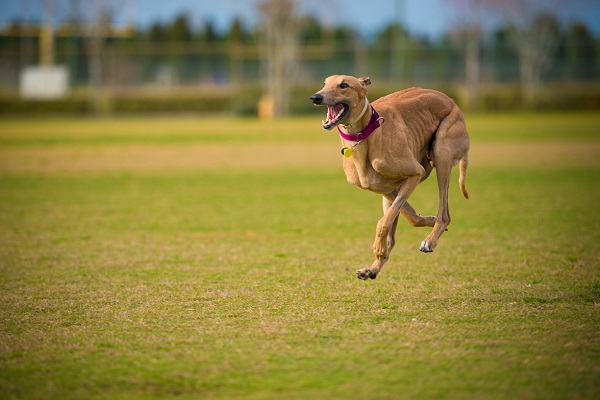 From Holly:  “To begin, you should know, my whole family shares the love of dogs and cats and every one of us actively works with pets, and mostly dogs in some capacity.  My parents are repeat rescuers, my three sisters include one Veterinarian, two foster care providers and I am a pet photographer, Lupine Lens Photography.  You might surmise we are co-dependent on the four-leggers, because none of us would be whole without a fur family member around. 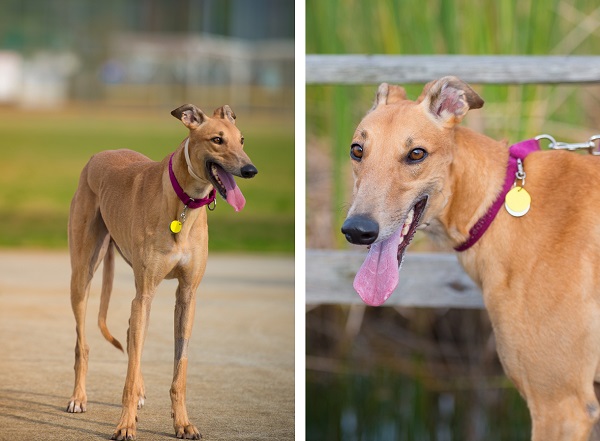 When visiting my parents and sister in Florida last year, I brought my camera with the intention of taking pictures of Nita’s latest foster, Big Red.  Nita and her boyfriend, Bob, foster Greyhounds from Tampa based, Bay Area Greyhound Adoptions Inc.  Greyhounds and known for their speed.  What a great opportunity for a pet photographer to test their mettle with some stop-action pictures of a Greyhound!  Did you know they can reach speeds of 35mph in seconds?  Stay Focused! 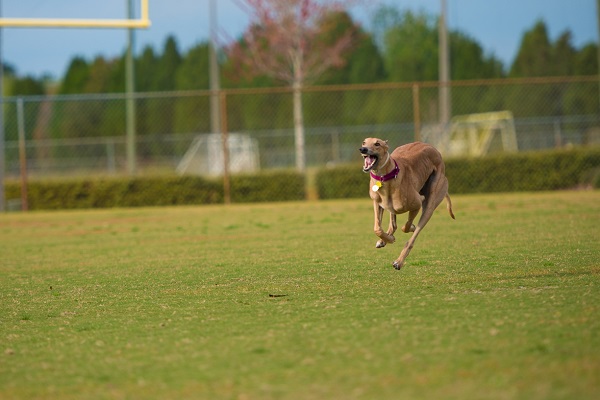 But where do you take Sir Speedy where he can really get up a head of steam?  The bark park was waaay to tiny for Big Red to be able to stretch out.  The location MUST be fenced, because you will never catch a Greyhound that does not want to be caught. 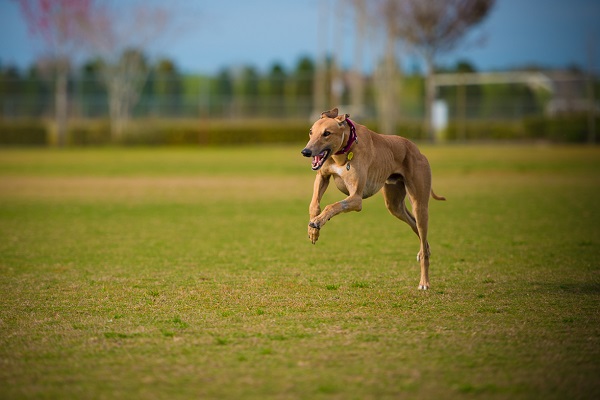 Across from the bark park was my answer….a baseball field!  All fenced but for the open gate.  So I convinced my sister it would be safe if we just shut the gate.  The pictures speak for themselves.  Big Red had a ball being able to stretch out again. 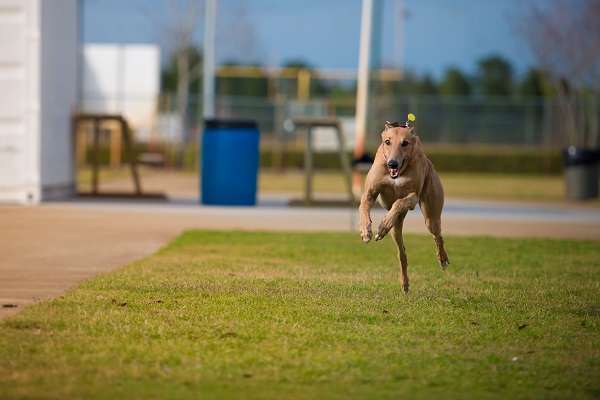 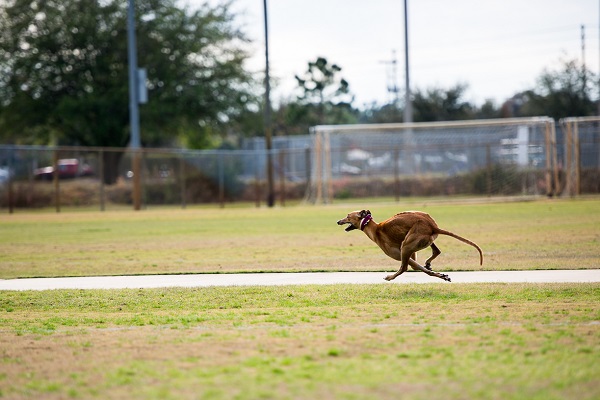 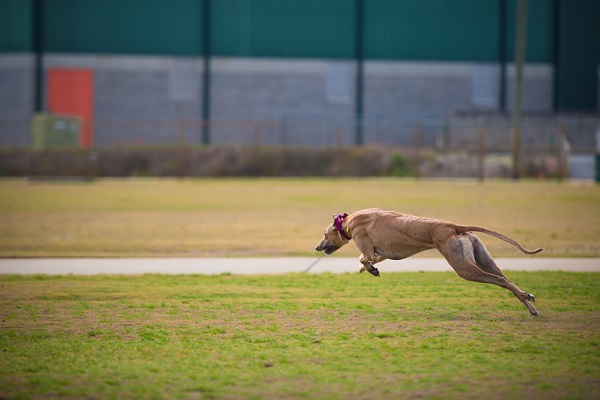 But I am missing part of the story.  Enter Missy, my parent’s rescue dog who joined in on the fun.  She is a Chow mix and I swear part therapy dog.  My parents rescued her from a hoarding situation where she was left to fend for herself.  She had horrible mange, with huge gaps of missing fur and heartworm and a lot of anxiety. Since my parents first adopted her and nursed her back to health, she is no longer the same dog.  Her coat is glorious and her temperament is the sweetest imaginable.   She and Big Red could not be more opposite but they both enjoyed the baseball field in their own way.  Missy rolling and Big Red running. 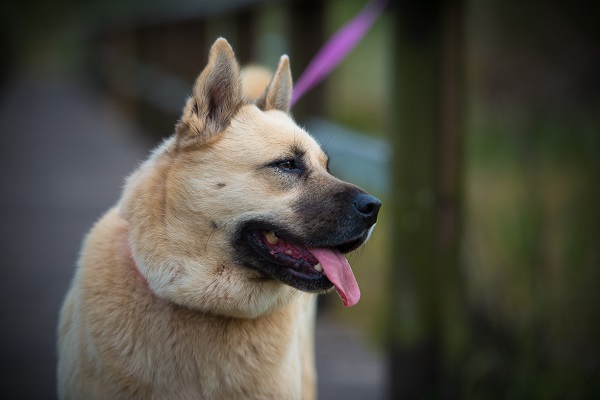 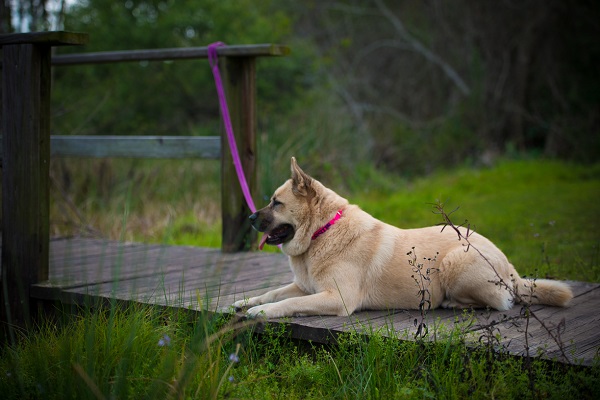 Shortly after I returned home Big Red was adopted into his forever home.  I know he found a fabulous family because they bought some of the pictures.

Missy remains her steady self, giving therapy to anyone who needs it (whether they know it or not).

About Lupine Lens Photography:   Based in Indianapolis,  Holly is a portrait photographer specializing in pets and people.