Sometimes I feel really good about the difference I am trying to make for homeless dogs, other days, I feel discouraged that its not enough.  However, every day I am IN AWE of the people who do so much more than me.  There are volunteers all over the world who do the hard work.  They nurse sick dogs back to health, foster dogs that are traumatized by their past, volunteer at shelters regularly, photograph adoptable dogs  and especially the people who do their very best to get dogs out of a high kill shelter and into a rescue that can eventually place a dog into his forever home. Bones, the Black and Tan Coonhound was photographed by Els Sipkes from Nuance Pet Photos is one of the lucky dogs. 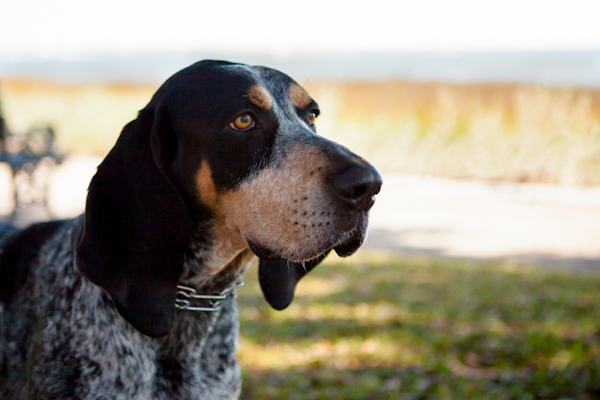 From Laura:  “Bones is a rescue, we found him through American Black & Tan Rescue.  We adopted him in July of 2008 when he was 1 or 2 years old. At that time they thought he was closer to 2, but we think he was closer to 1, so he is about 6 years old now. He was house trained, but VERY wild when we first met. Luckily we had a big fenced in yard for him to run around. I am an avid runner, Bones ran with me every morning for about 5 years approximately 5-7 miles a day! And he still had energy to spare. He has since retired from the morning runs, he just waits for me to get home and feed him! We do not know much about his pre-adoption life, but suspect he was abandoned by a hunter because he was not a good hunting dog. He is a big fraidy cat and VERY scared of loud noises – he hides in the bathroom when it thunders or he hears fireworks, etc. We know he was found wandering the back roads of the North Georgia Mountains and sent to a county animal shelter. The shelter was sadly a kill shelter, one of the employees recognized his greatness and basically “saved” him every week. She would take him home on kill days and bring him back the next morning until the AB&TR folks found a foster home for him. He must have 9 lives! Bones is a character and has a ton of personality. 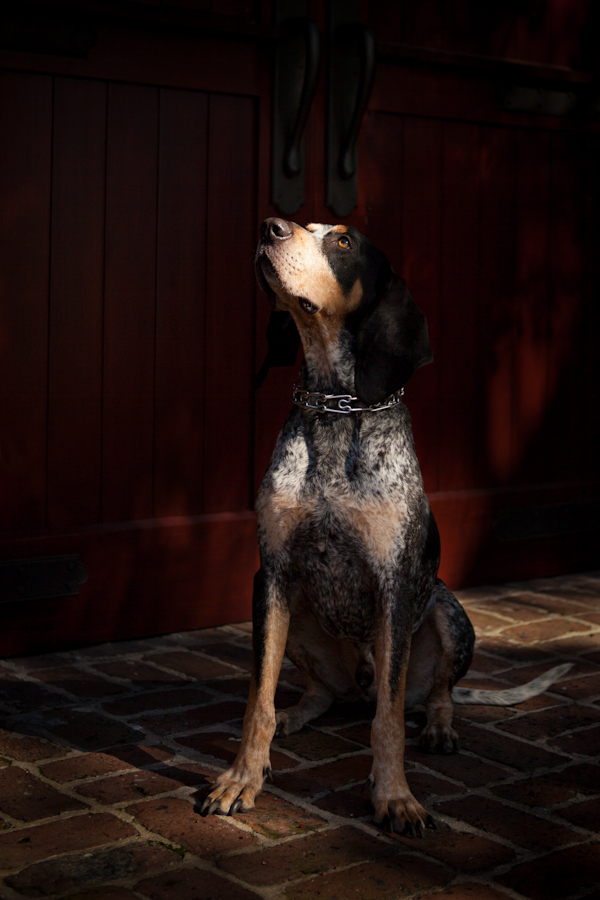 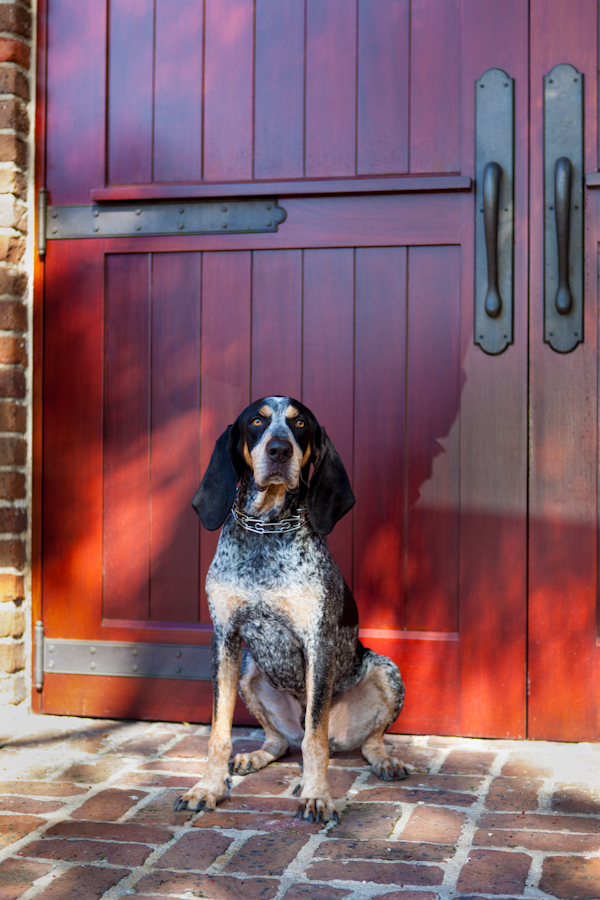 He is also an escape artist. He has been known to scale fences and get into our neighbors yard, jump out of car windows, or find hole in a fence to get out and rome. He follows his nose, but always comes home! He loves to bark at big trucks, especially UPS and the mailman. He loves walks (2 daily), loves to sleep (usually on our bed), eat, and play with other dogs. He hates cats, thunderstorms, fireworks and going to the vet. Now that he is a bit older he had calmed down a lot, he spends most of his days sleeping and lounging around the house and yard. 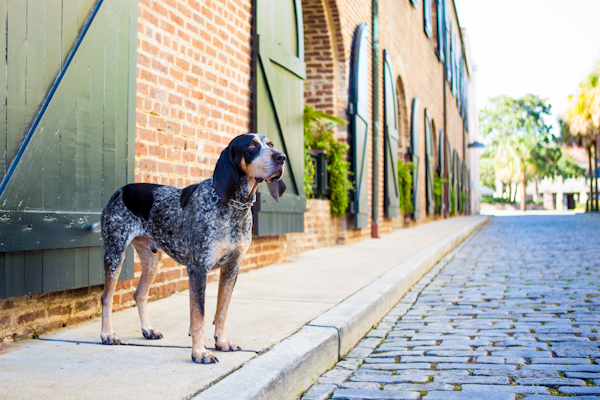 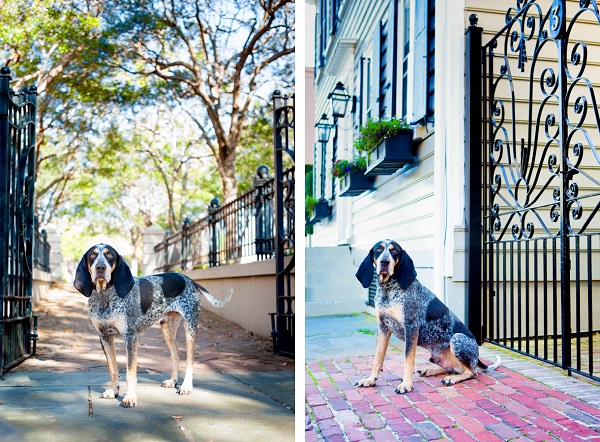 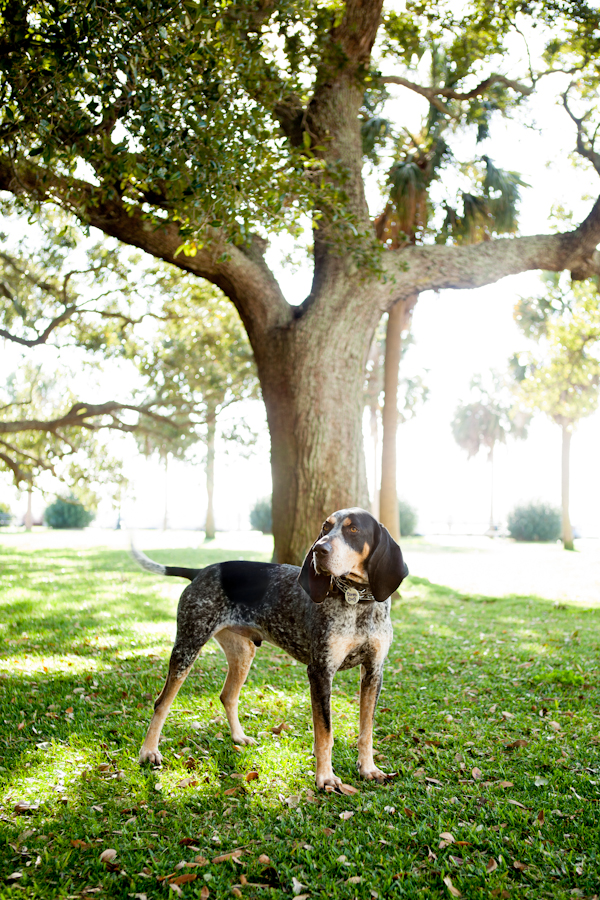 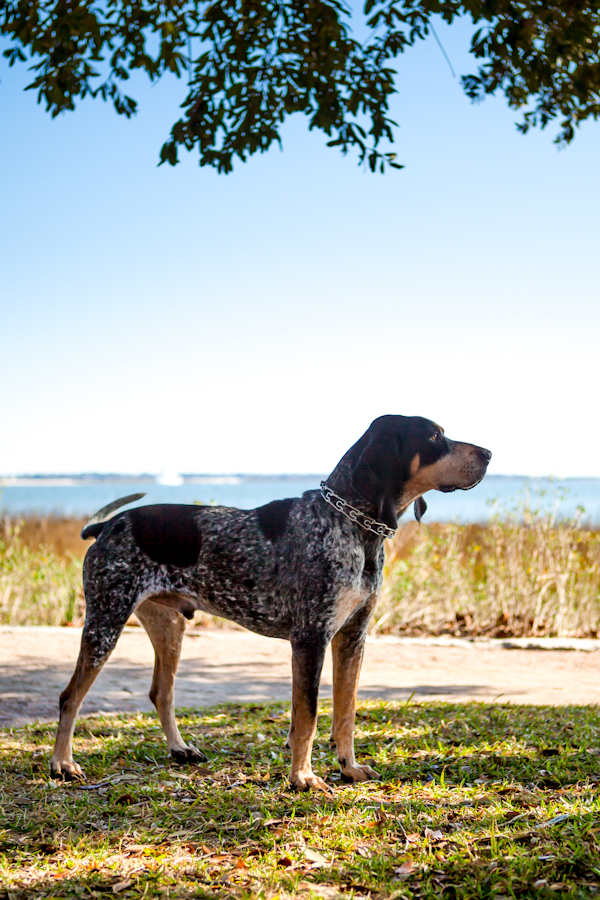 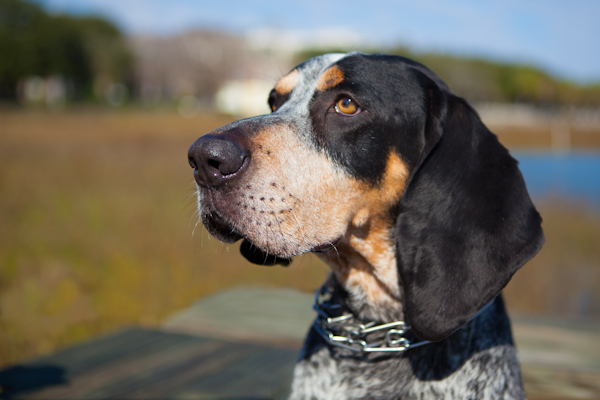 He is the sweetest boy with the laid back hound temperament. He loves all people and most other dogs too. He is a wonderful dog, we couldn’t imagine our life without him.”

You can see more of the handsome Bones on the Nuance Pet Photo blog.  I know that Laura, her husband and Bones are very grateful to the employee who saved him.  I’m grateful for her and every other person who helps homeless dogs!

About Nuance Pet Photos:  Based in Charleston, SC, Els Sipkes is a graphic designer as well as photographer.  She specializes in  on location pet photography and has a yellow Lab, Cooper.