There is nothing like photos of  an old dog to tug at my heartstrings.   Senior Golden Retriever, Browning, shared his sweet smile and awesome personality while posing for Paw Prints: Pet Portraits by Charlene. 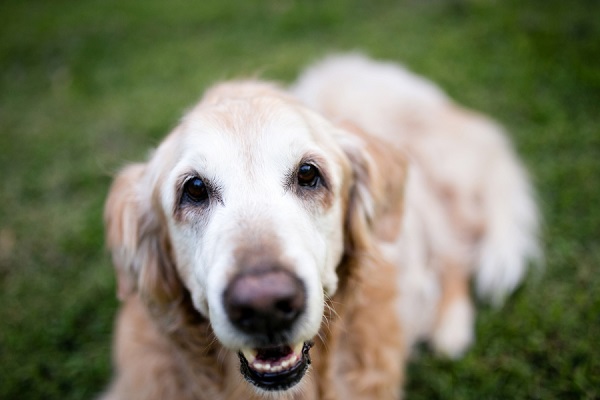 From Charlene:  “Browning’s Devoted Hearts session is Exhibit A of why I love old dogs so much, and especially old Goldens!  He is such a handsome gentleman, and that gray face gives him such a distinguished look, don’t you think? 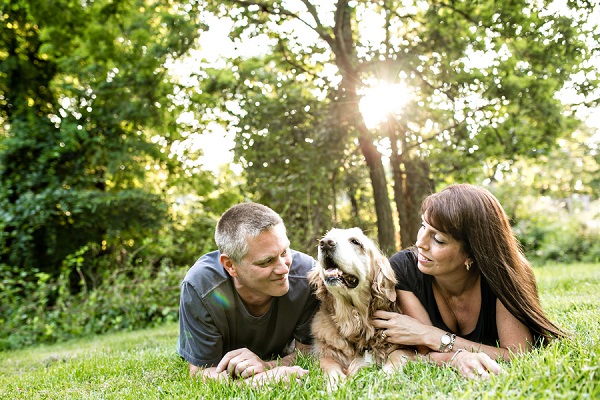 From Chris:  “Browning is a Golden Retriever.   He wasn’t a rescue, I guess you’d call Browning an emergency purchase.   In 2000 we suddenly lost our two year old Golden Retriever Grizzy to an undiagnosed heart problem.  We were devastated and kids took it extra hard so I figured the best thing was to get a puppy running around the house asap, so we got Browning about a week later. 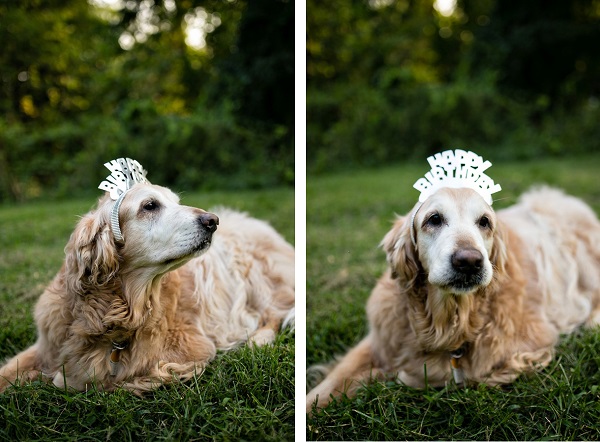 He turned fourteen this past August.   Like most Goldens he’s too smart for his own good. 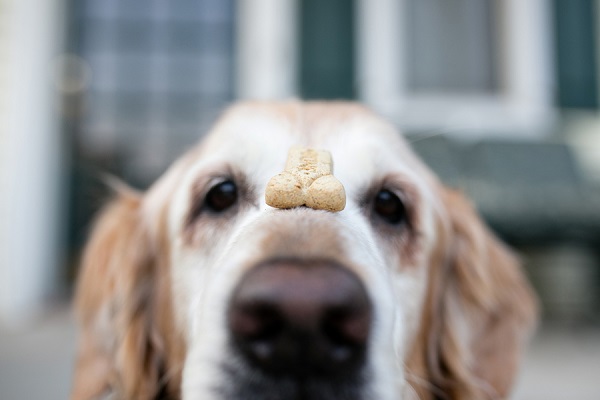 He likes to act all vicious while chasing deer and squirrels out of the yard but wouldn’t hurt a fly though bees are another story, he’s had a vendetta against them since he was stung in the eyebrow some years ago and chomps on every one that comes near him, which always leads to more stings and right back to the too smart for his own good thing I spoke of before. 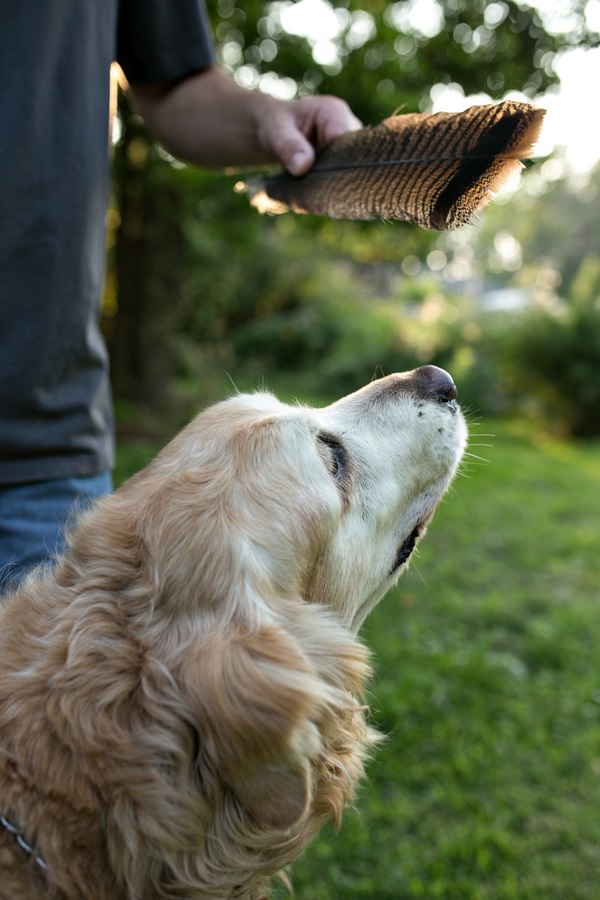 He loves weekends on the boat but hates the water, figure that.   I think he’s embarrassed to have to wear a life jacket around his other water dog buddies but because of age and his tendency to sometimes fall off the dock I think he appreciates having it. 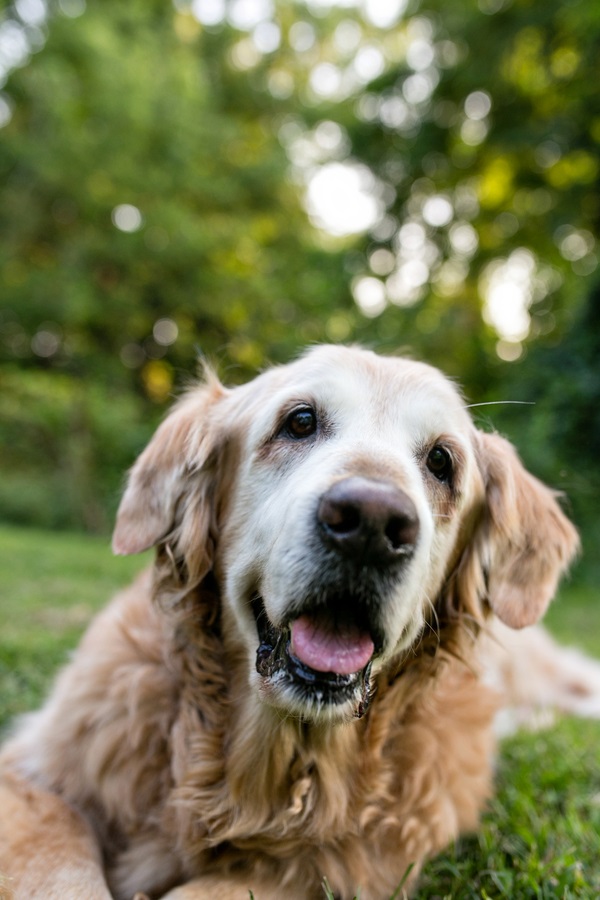 He used to love to sleep in the snow in his younger days but anymore he likes to curl up in front of the fireplace and nap for hours, when he’s not trying to use Jedi mind tricks to get you to give up your sandwich. He’s the best companion anyone could ask for, unless you’re a cat. 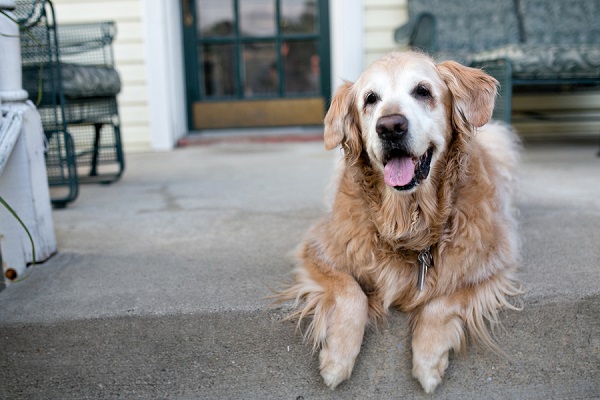 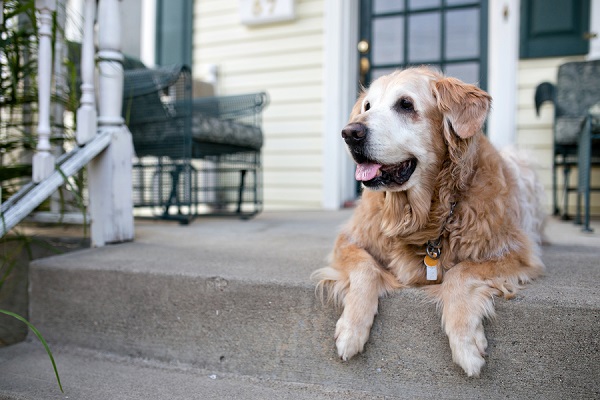 Nothing annoys him more than the cats rubbing on him or trying to cuddle up when he’s sleeping.   When he’s finally had enough he’ll snort and stomp at them, they run off and he’ll grumble about it while trying to find that comfy spot he had right before they started bothering him.” 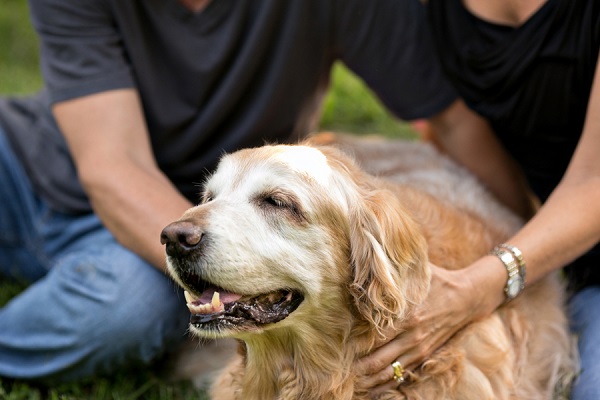