We’re starting this week with really big smiles from one of the happiest English Bulldogs and his best friend/partner in crime!  Erika and Tom Pitera of Hot Dog! Pet Photography captured all of the fun and mischief!   And be forewarned, Brutus has the world’s best hangdog expression! If Csonka and Brutus can’t chase away the Monday blues, no one can! 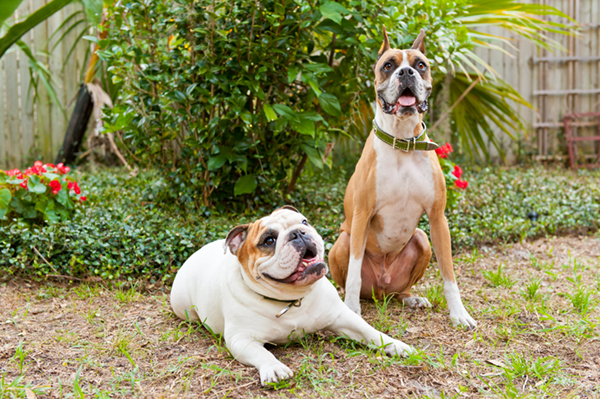 From Erika: “Brutus is a 7-year-old Boxer who loves to clown around and get filthy in the backyard playing with Csonka, a 3-year-old English Bulldog! 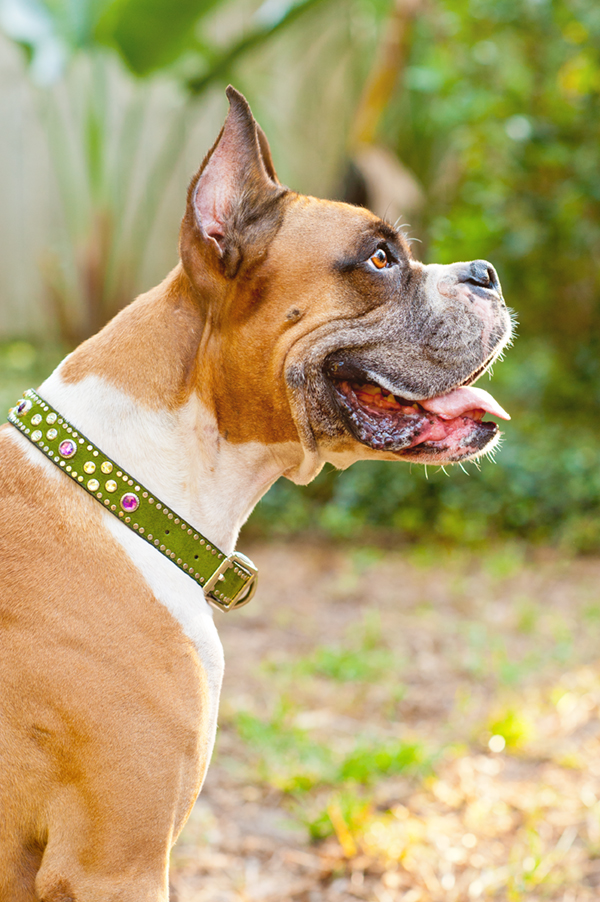 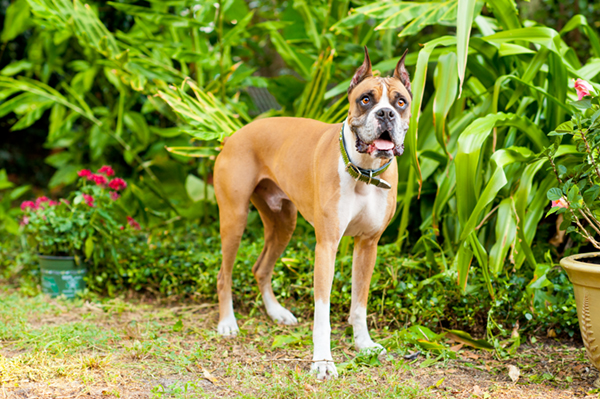 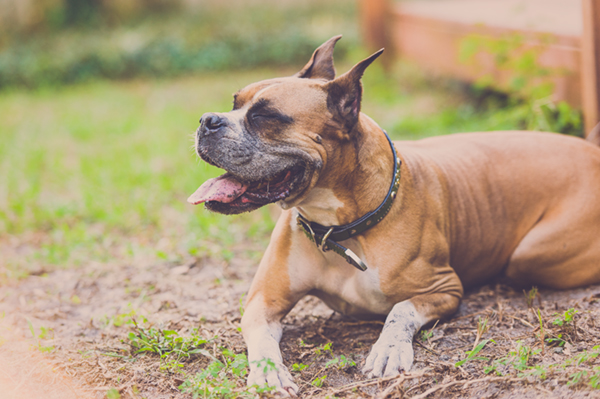 Csonka is named after a Miami Dolphins hall of famer because of his physique. He loves the swimming pool and hanging around with his big brother. 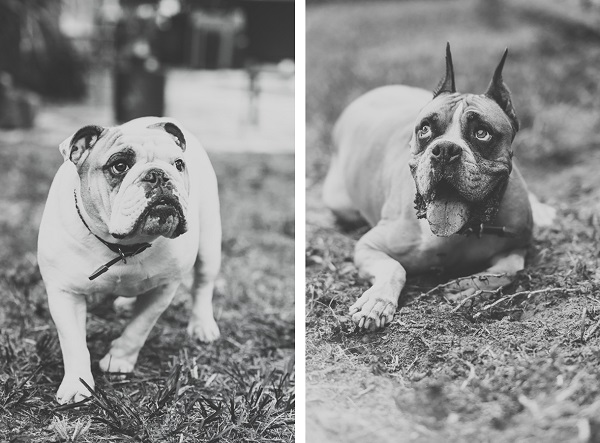 What Brutus has in speed and agility, Csonka more than makes up for in sheer force! We watched Csonka chase Brutus around the yard for about five minutes.  Needless to say, he didn’t really keep up, but when Brutus finally tired out from his acrobatics, Csonka plowed right into him, tackling him to the ground just like his namesake! 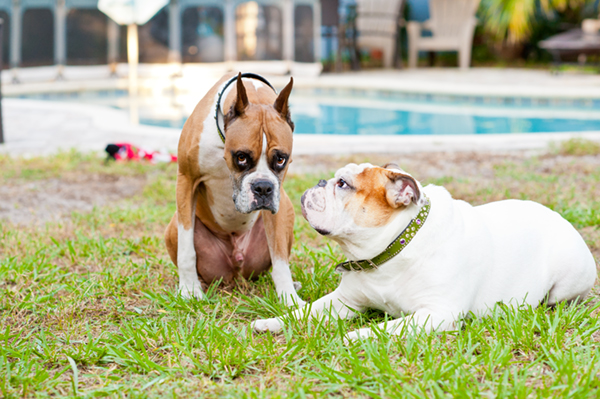 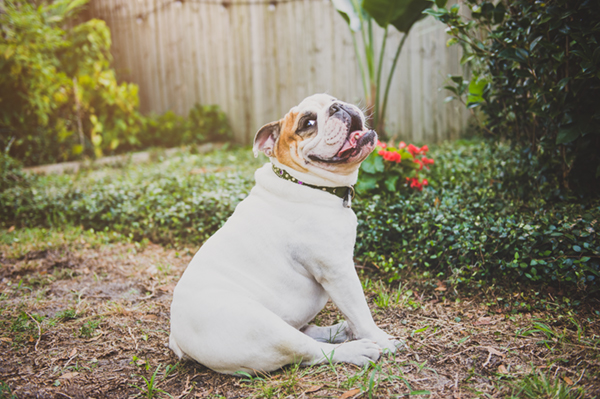 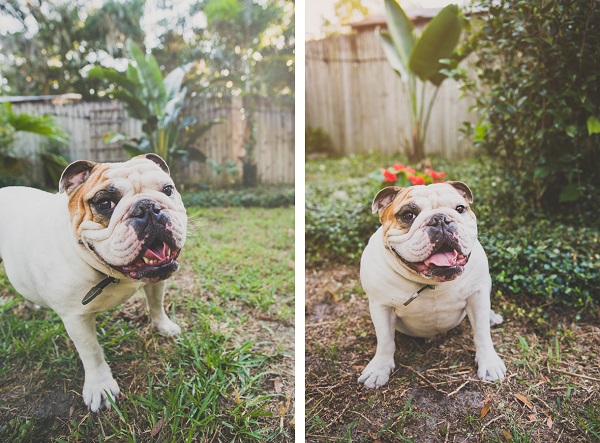 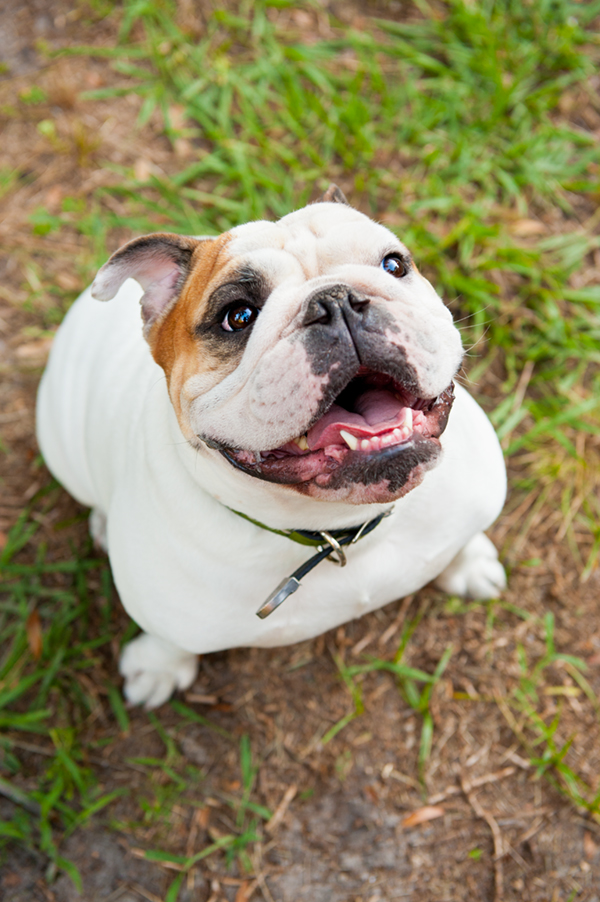 This rambunctious duo is a ton of fun and so very loved by their mom, Janice.” 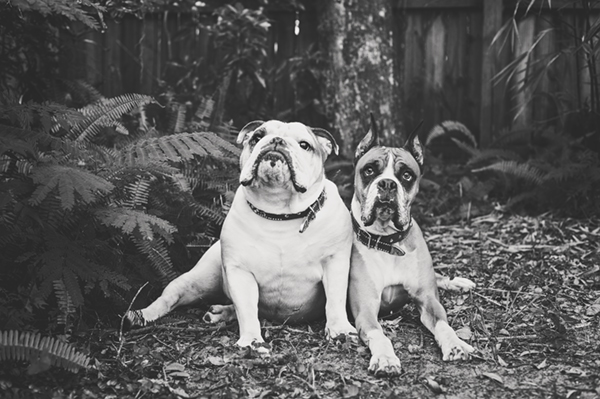 About Hot Dog! Pet Photography:   Based in Orlando, Florida, Erika and Tom Pitera specialize in pet photography.   They volunteer their time photographing rescue animals and are members of HeARTs Speak.  In addition to Logan and Lexie, they have three rescue cats.