Life on the street is always tough. I imagine it was a little bit tougher for a tiny deaf dog. Gus-Gus must have had a couple of lucky breaks to end up living the good life.  Justin and Vy from The Right Moments Photography took these photos of the lucky dog, Gus-Gus. 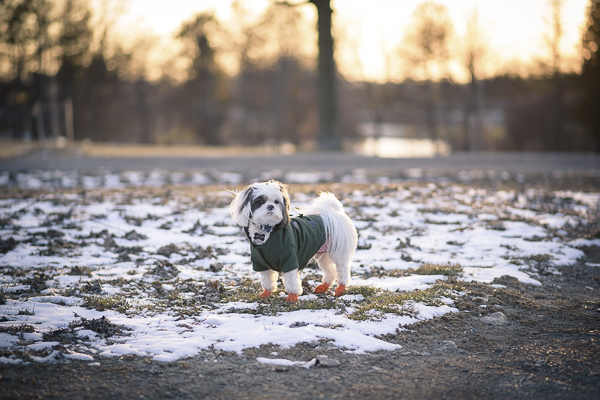 From Justin:  “Gus-Gus is a cute little fella and a rescued dog. He’s actually deaf but that does not stop him from learning and performing tricks, and he enjoys getting the treats. He also loves cuddling. 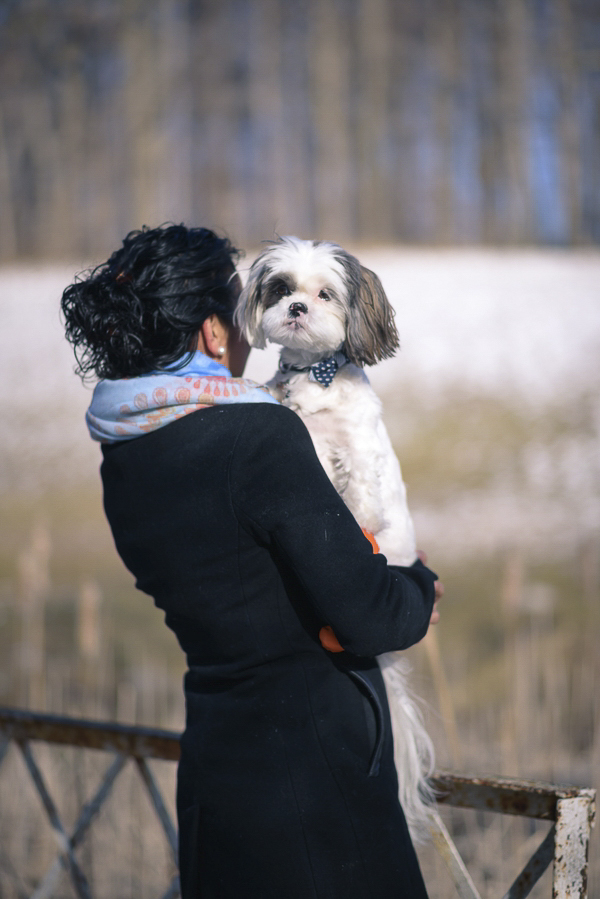 Gus-Gus is Karen’s first dog. She went through a rigorous and long adoption process with Animalert as the organization’s selection process is based on best fit and not on the first-come-first-serve basis. Karen almost called it quits after ten applications, but Animalert kept her on their radar, and she eventually met Gus-Gus! 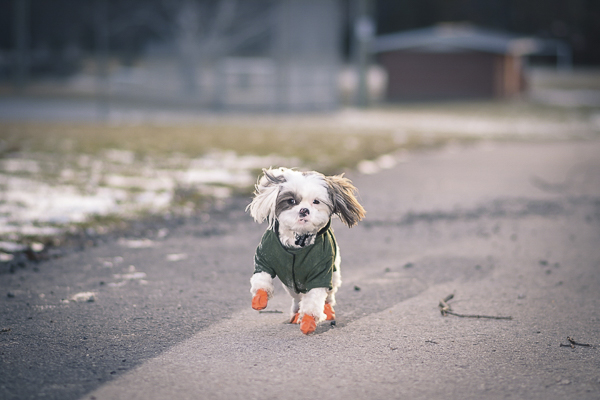 As Gus-Gus is a rescue, no one knows his exact age. The vet gave a range of 1-4 and hence when Gus-Gus was dropped off at Karen’s house on October 10th, 2015; Karen decided that would be his second birthday. 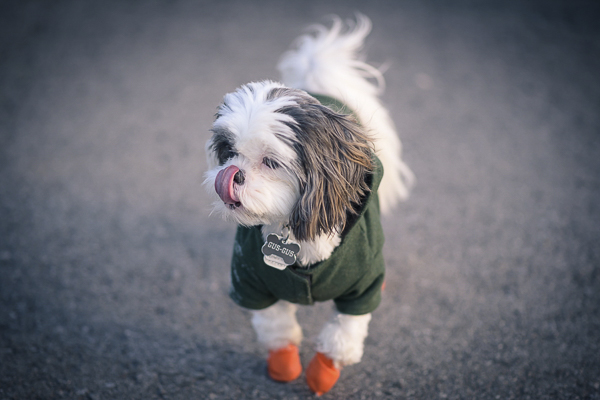 Karen only discovered that Gus-Gus was deaf after two weeks of having him; Animalert had not been aware. She always wondered why he didn’t welcome her at the door when she came home and instead laid in his bed sleeping. but it was because he didn’t know that Karen was home! Other than that, Gus-Gus is very healthy. 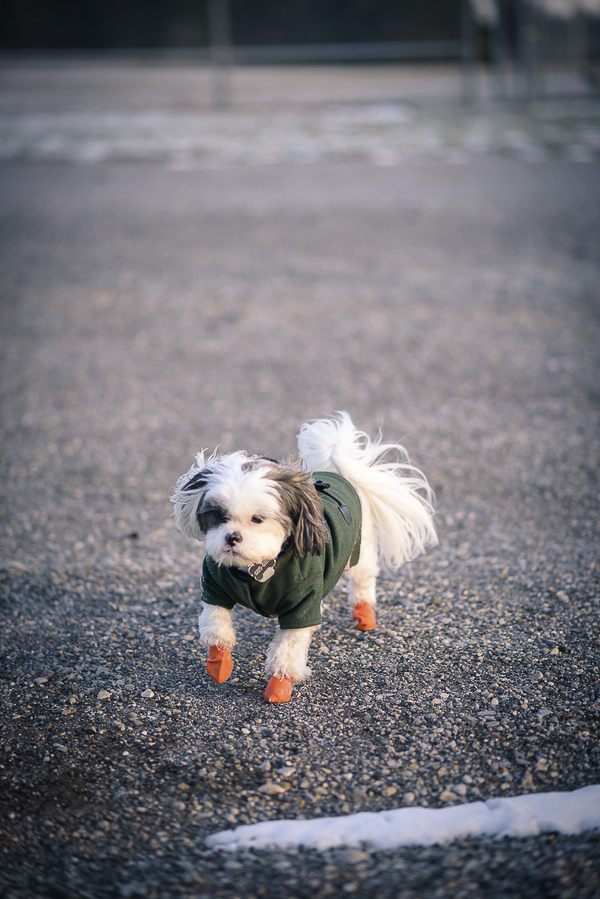 Gus-Gus was named after Karen’s favourite character from the movie Cinderella (a cute fat little mouse). The other names were ‘Bo’ – short for Bob, ‘Bacon,’ and ‘Nacho.’

Karen was told that you should be comfortable yelling out your dog’s name up and down your street if you lost him. 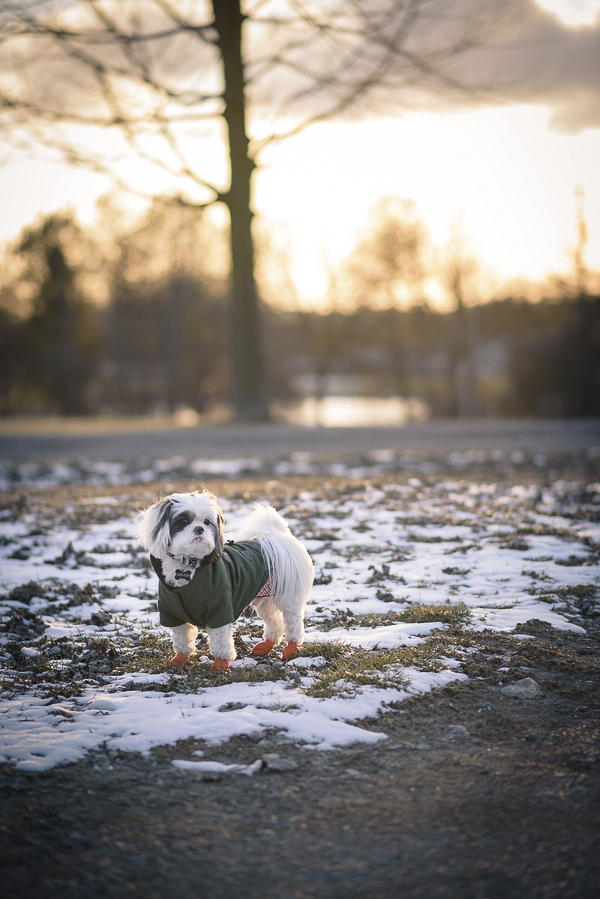 From Karen:  “Yelling ‘Bacon’ and ‘Nacho’ down my street would have been weird – my neighbours would wonder why I was yelling for food. 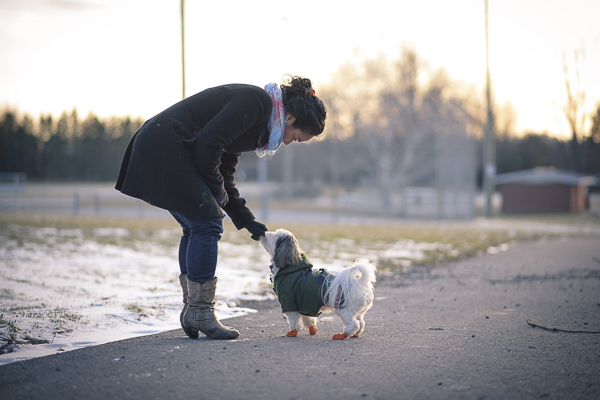 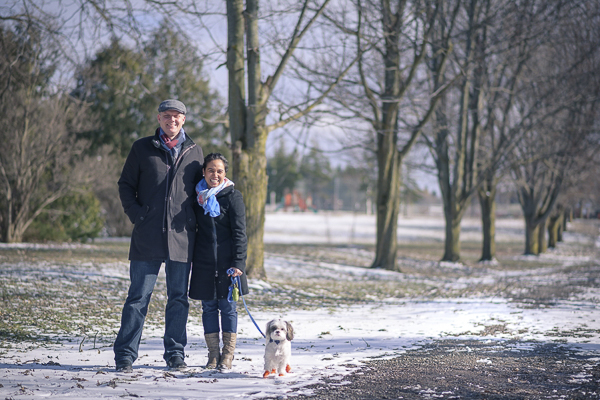 Gus-Gus is the best 4-legged addition to my family!”

Follow The Right Moments Photography  Find a pet-friendly photographer near you.

About The Right Moments Photography:  Based in London, Ontario, Justin and Vy are a husband and wife team specializing in portraits as well as wedding photography.