Occasionally,  people think they have to choose between adopting a dog or getting a purebred.  That isn’t always the case!  These two gorgeous German Shepherds are both “secondhand dogs.”   GSDs Nittany and Hypberole had a studio session with Lara of Ivory Tree Portraits.  Lara says she loves it when clients bring their pets to be photographed because they always add a fun element to the portraits. 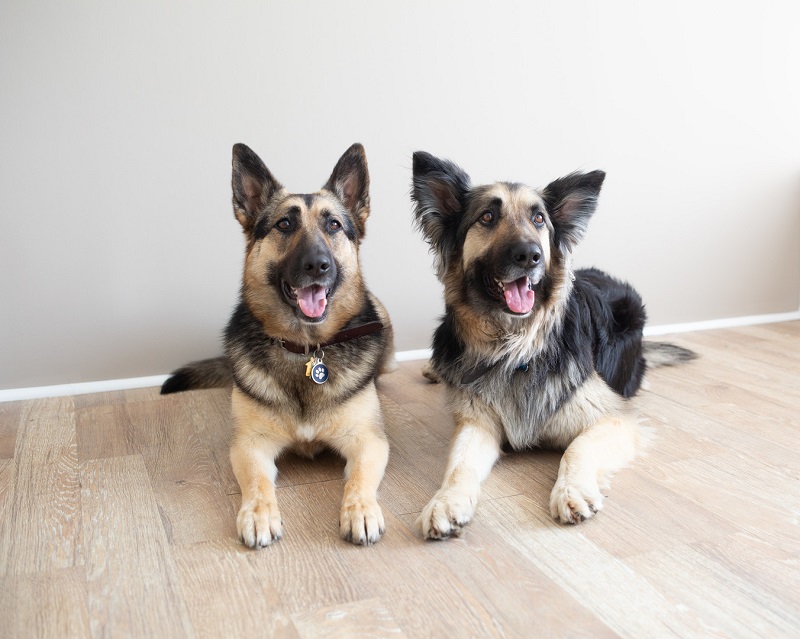 From Ginny:  “Nittany and Hyperbole both came to me after having previous owners. Nittany was relinquished to a vet’s office when she was four months old. She was terrified of all people because she had never been socialized. She came home with me in March 2015 and very quickly bonded with me, but was scared of everyone she met. After basic obedience, intermediate obedience, a class called ‘control unleashed’ for reactive dogs and a beginner Rally class; she passed her Canine Good Citizen test!

Hyperbole was 14 months old when he came to live with us in July 2015. He had lived outside most of his life and was scared everything. For several months Hyperbole was Nittany’s dog, and although he liked me, I was simply a source of food, treats, and toys. Once Hyperbole decided I was his, he formed a really strong bond with me. On the first day of obedience class, he couldn’t get close enough to me. He is now very friendly to people once I have identified that they are ok. 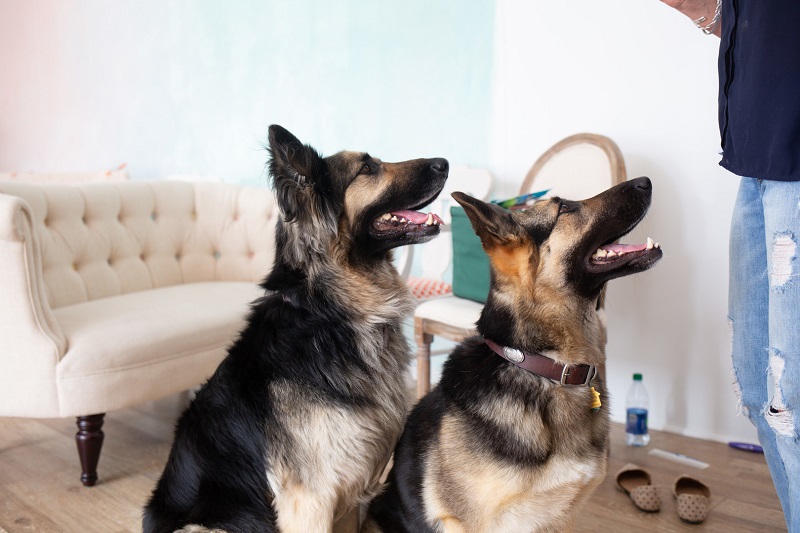 These dogs love each other and me. When they think there might be a threat, Hyperbole goes out to meet it, and Nittany comes closer to keep an eye on me. It is amazing to watch them work together to protect us whether at home or out on a hike.

Nittany and Hyperbole are also the goofiest dogs around. They have so much fun, and when they play, they play hard. Their play ethic makes them favorites at their daycare. We also foster German Shepherds for our local rescue organization, Dog Bless, and they are very aware of when a dog has a physical ailment or has been in a bad situation. They gradually pull a dog out of its shell until it wants to romp and play with them. I am so proud of them each time that happens. 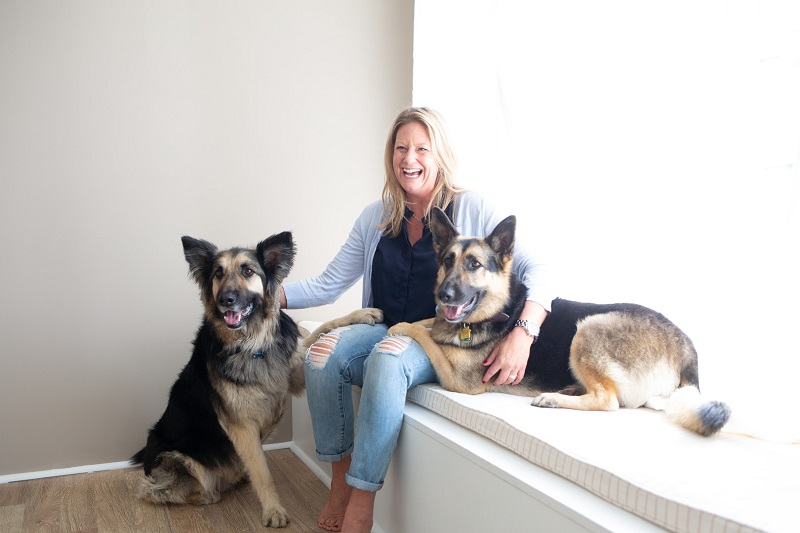 They have come a long way since 2015. They are now loving, social dogs, and I can’t imagine our lives without each other.”