I love this idea for a nursery, instead of decorating their baby’s room with animal prints, April Ziegler’s clients decided to fill their nursery with photos of their dog wearing costumes.

From April:  “A few months ago I was contacted by a couple that is expecting their first baby. They had seen Sharon Montrose’s nursery art, and it sparked an idea for their own baby’s nursery.  Instead of baby animal prints, they wanted to do Walter animal prints. Walter is their first baby… their Boxer.” 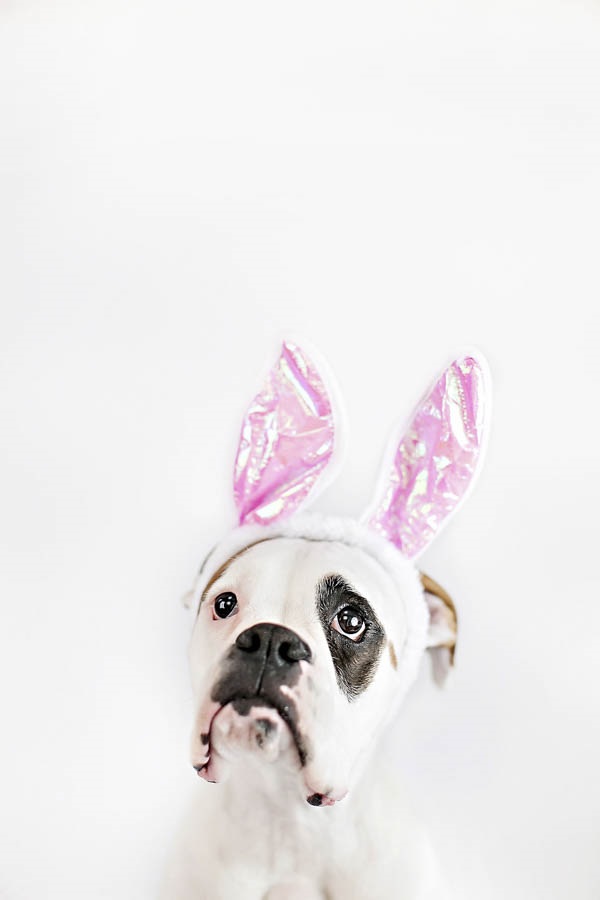 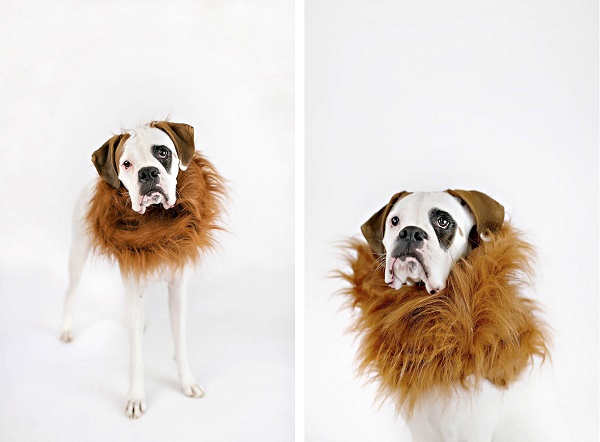 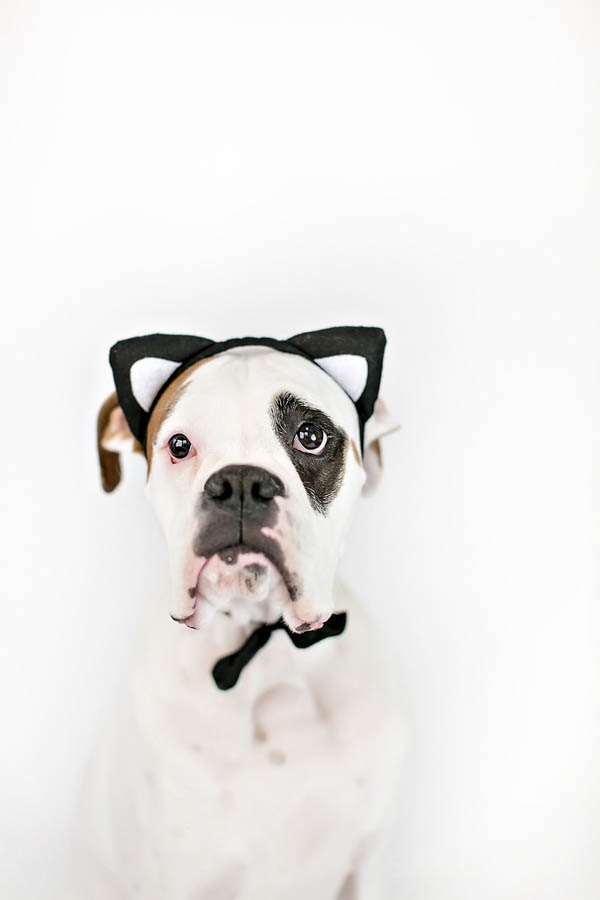 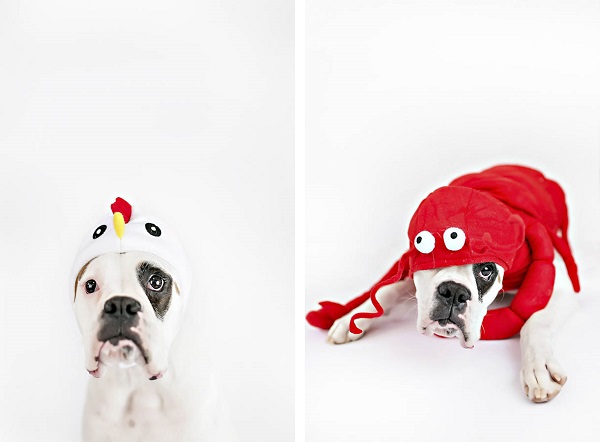 I’m sure it wasn’t easy, but they narrowed their prints to these 8. 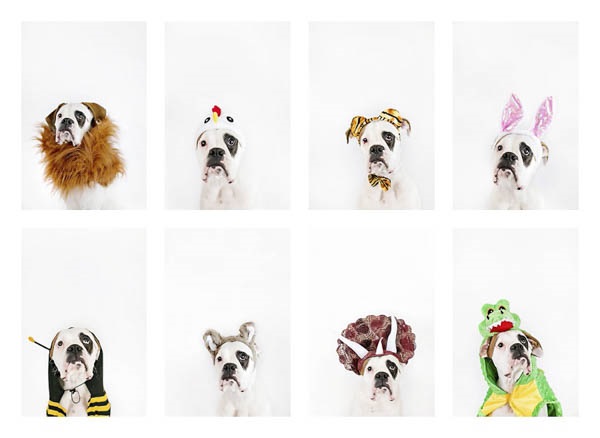 I can just imagine the fun the baby has seeing Walter all around the room.   To see more of  Walter’s photos visit April’s blog.

Does your pet wear costumes?