(Tissue Alert!) Writing and editing an “In Loving Memory” post always makes me cry. But they also make me happy. Each one is a testament to a dog who was well loved, even if was for too short of a time. A photo captures a moment and lets the memory last forever.  Sometimes the story is what you see, but often there is much more than meets the eye.  These images from Twin Cities photographer, Bryden Giving, might break your heart a little. But they will also bring you joy.  And I hope they might inspire you to adopt a senior pet one day.

From Bryden:  “My closest friend from high school, Emily, is an incredible human being and photographer. She is witty, hilarious, and one of the most caring people I have ever known. Em adopted a small and fragile puppy from Rescued Pets Are Wonderful (an organization that rescues dogs from puppy mills.) Ace was already a senior. 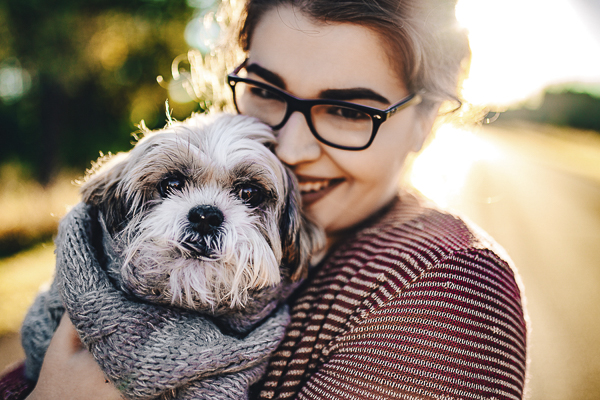 He had significant anxiety, impending health problems, and wanted nothing to do with Em initially.  Ace cowered behind a chair and wouldn’t let Em pet him without darting away for weeks. He was scared of thunder and loud noises, and he would stay in his kennel as much as possible. It didn’t take long for him to abandon his crate for Em’s bed, follow her around, and sleep soundly through those loud noises. Em and Ace developed a highly special bond. 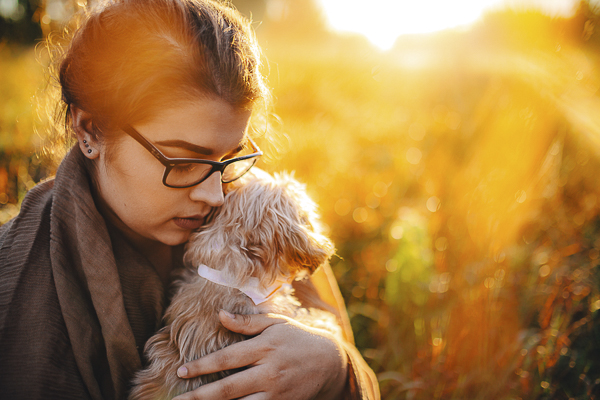 Em found some weird bumps on Ace and took him the vet.  They told her Ace had a small lump that should be removed. A little over a month later, Em brought Ace to the veterinarian for his surgery to remove his bump. The doctor then told Em that they misdiagnosed Ace and that he had cancer. The lesion inside Ace’s neck grew to be too big to remove (would cause massive damage) and then recommended to Em that she euthanize Ace and put him down. The lesion was only going to get bigger, Ace was timeworn, and he was already immensely weak with his body degraded from spending his entire life at a puppy mill. Em decided that she would bring Ace in for the euthanasia in a week. She then called me asking to do a sunrise shoot with her and Ace, to capture their final moments together. 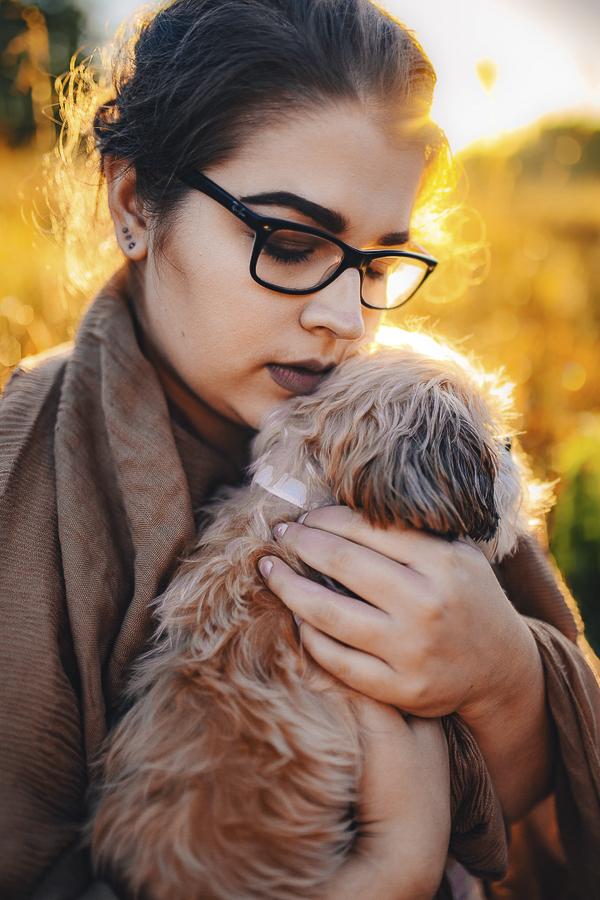 The sun rose at 7 am, and its bright rays transformed the meadow into a golden and vibrant field. The dark greens became a lush red and orange, and the dew renewed the weeds into crystallized color. The shoot was warm in every sense of the word.

Seeing Em hold Ace in his favorite blanket and watching Em continuously go from looking out into the field and then at Ace was hard. I knew this was difficult for her, and I knew how important these photos would be to her. It was a beautiful time and is now one of my favorite moments I have captured. 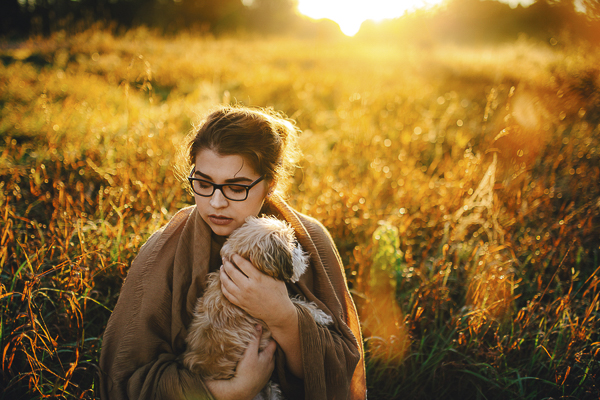 Three days after the shoot Em had a veterinarian come to her home to put Ace down. Ace passed away on September 21st, 2016.” 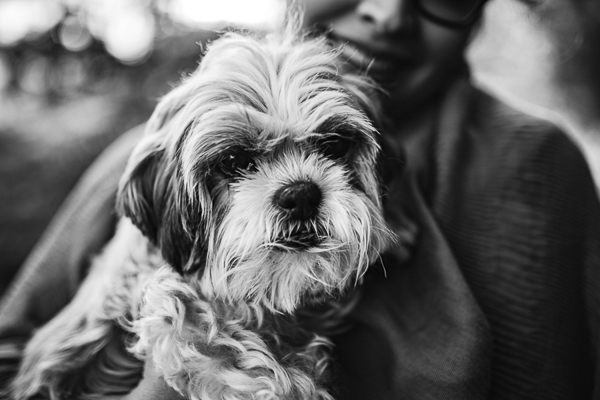 From Emily:  “There are so many stories that I could tell you about Ace, but the one that I always default to is the importance of adopting senior dogs. These dogs often sit in shelters for longer periods of time (and many never find a home at all), because the average pet owner deems them “undesirable” due to age, a health condition, or anything that could be construed as a minor or major inconvenience. When I found Ace, I knew he had spent eight years of life in a puppy mill. When I met him, he hid behind a chair. The foster family told me it was unlikely that he would ever trust anyone, much less let us touch him or hold him. 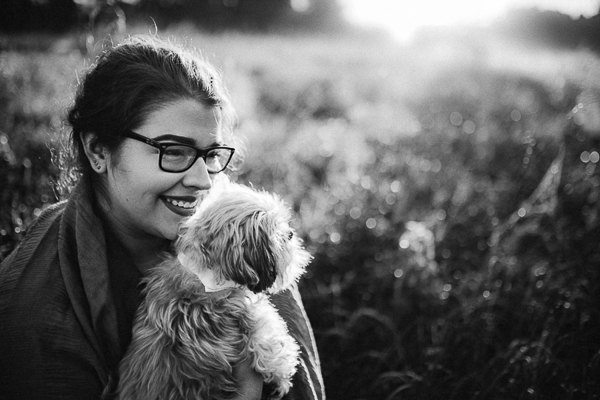 Yet, in the short time that I had tried to interact with Ace, I knew that I had to give him a chance at a good life in a loving home. Within four months, I can attest to the power of a safe and caring home. He went from hiding in his kennel to following me around and sleeping soundly in my bed beside me. 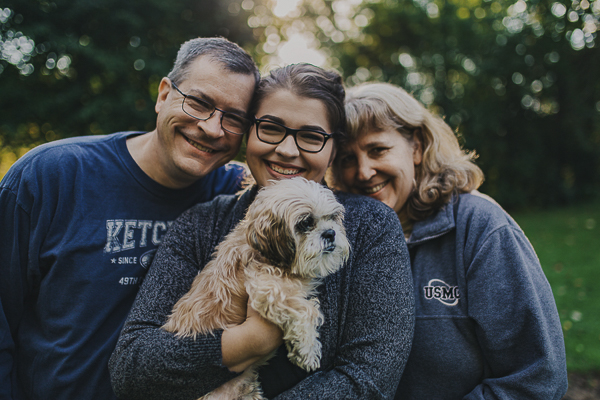 I thought I would have a few years with Ace, and I was sorely mistaken. When you adopt a senior, you have to accept the reality that you truly don’t know how many days you have with them. 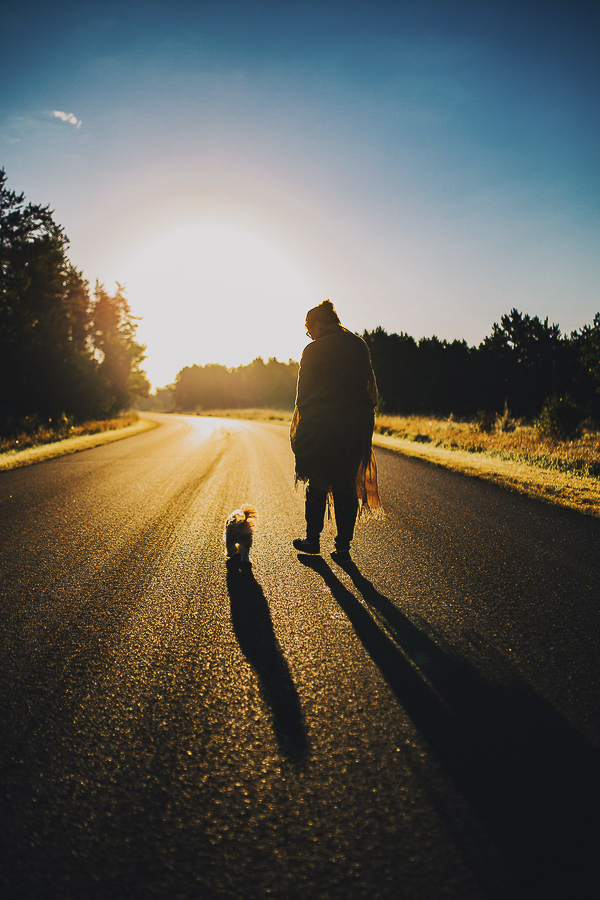 Knowing that their last days will occur in a home full of love, and not a shelter is the most comforting thought to have. Senior dogs are a lesson in humility and patience, and if I were given a chance to relive those four months with Ace, I wouldn’t change a thing.” 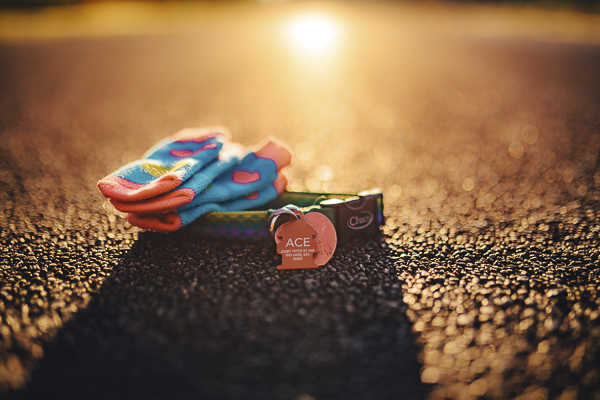 About Bryden Giving Photographer:  Based in the Twin Cities, Minnesota area, Bryden specializes in travel, lifestyle, and wedding photography.