Every year brings its share of discoveries and, one of my favorites from 2017. is the Year Of the Monkey. It is a gorgeous  San Francisco based blog featuring a senior Tibetan Spaniel, Babu, and his human companions.

Paroma is the blogger, and she has the happiest smile. I can’t help but smile back at her every time I see her photo.   All photos courtesy of Year of the Monkey. 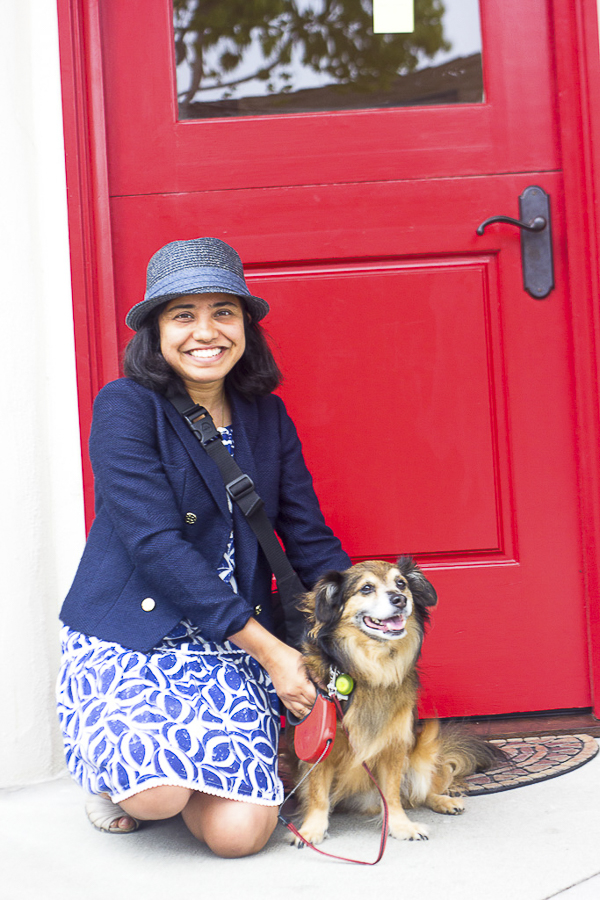 From Paroma:  “Growing up in India includes an innate fear of dogs due to the presence of a large number of street dogs who can be quite aggressive (for sheer survival) and for the eternal tussle over space and resources that ensues between man and animal. I was not immune to this, and somewhere along the line, my indifference towards dogs morphed into a deep strain of fear and loathing, the kind where I failed to fathom as to why people even had them as pets. 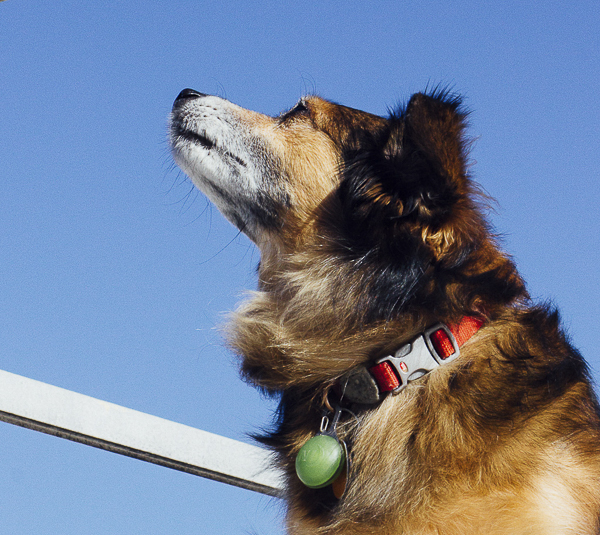 I brought this fear with me to the USA fifteen years ago, and it kept on going strong till as fate would have had it, I met someone I clearly liked, and who also happened to have a dog. This dog, a little Tibetan Spaniel mix, and his owner lived in San Francisco, where I moved to seven years ago after finishing grad school in the midwest. 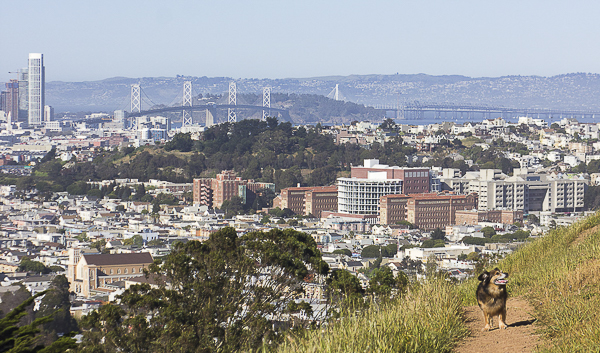 The three of us first met on June 21, 2010 (summer solstice) at Alamo Square Park (flanked by the famous “Painted Ladies” of San Francisco) in a leash-free dog play area where I was trembling like a leaf in the presence of so many playful canines. My date’s canine companion wasn’t the least bit interested in me which came as a great relief since I was petrified of the notion that he would bite me any second. That first date turned into many, followed by a proposal a year and a half later that soon culminated in a fall wedding at a flower observatory in San Francisco. 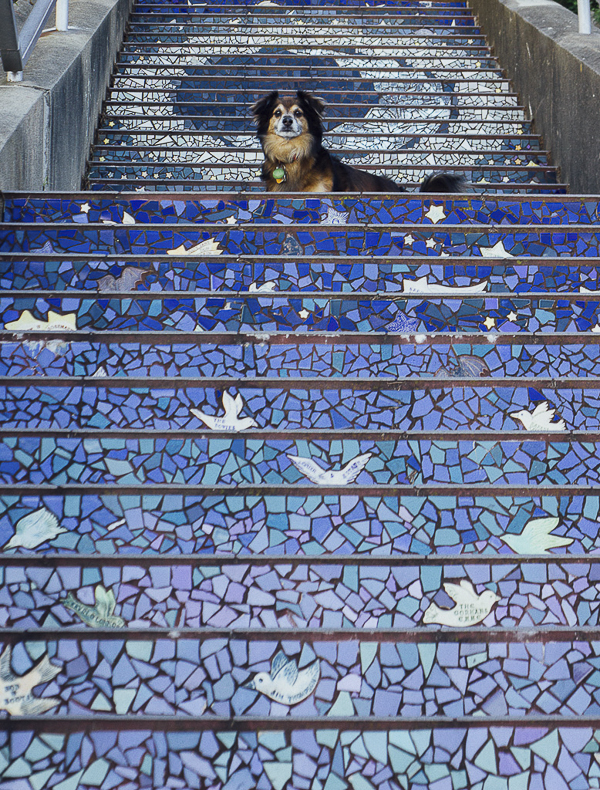 Much like the progression of my personal life, my feelings for that little brown dog took a complete U-turn from being just a dog to a living breathing creature who needed my love to the apple of my eye. I even rechristened him as Babu (which is a term of endearment in my native language Bengali), and since then he has been my baby, my furry bundle of joy and someone around whom my world revolves 24/7. He is no longer just a dog but my child, not borne of my womb, but loved much more than I would ever love a human equivalent. 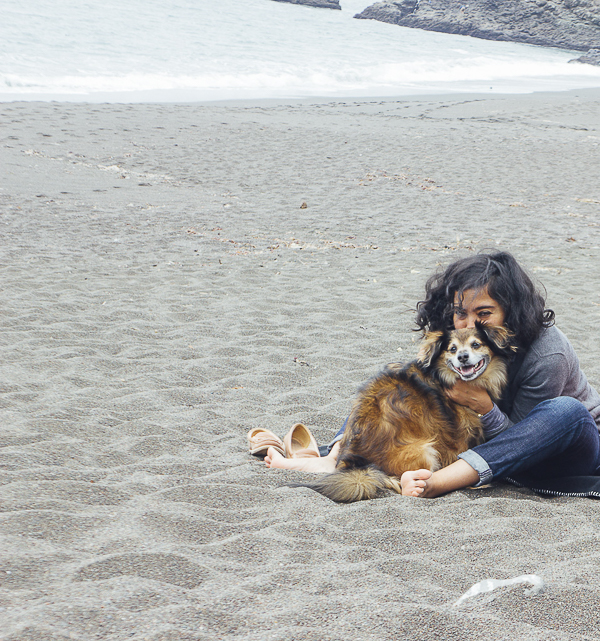 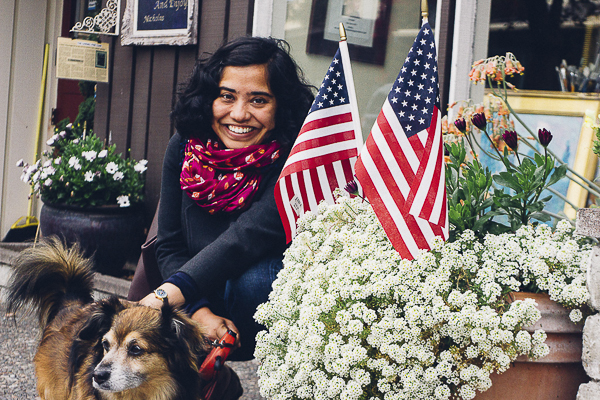 Our relationship strengthened when I took care of him when my husband was gone for an emergency trip to India (my very first time of being a responsible adult and taking care of a living being other than myself) and during Fourth of July, when I stayed awake next to him all night, holding him as he shivered out of fright at the sound of fireworks. 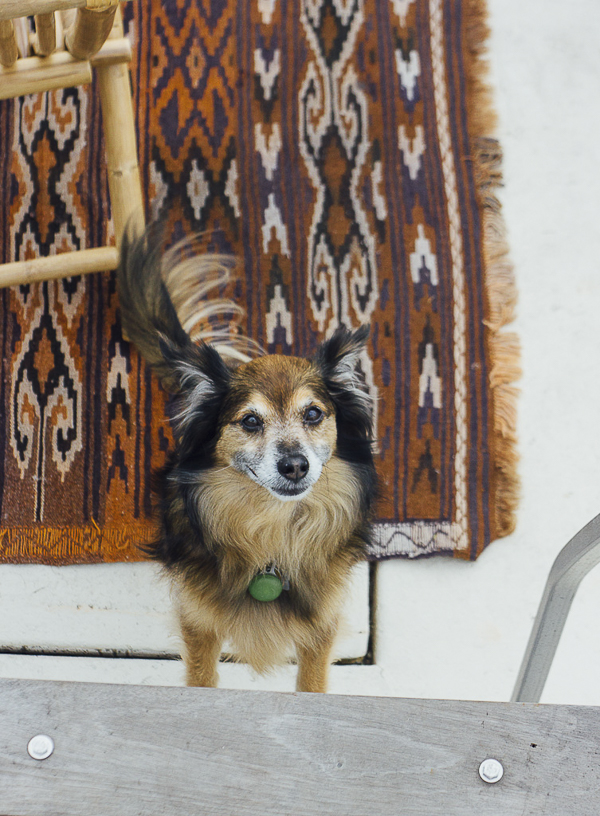 Thanks to Babu, we have hiked our way through San Francisco and the Bay Area, discovered beautiful trails leading to waterfalls, gone on memorable road trips all over and had some pretty amazing experiences like spending the night in a houseboat in Sausalito! Babu has accompanied us to the redwoods in Mendocino and Santa Cruz, witnessed the Old Faithful geyser erupt in Calistoga, sat through my wine tastings in Sebastopol and frolicked on the beaches of Carmel and Santa Barbara. We hope to take him on many more adventures, and I feel blessed thinking of how lucky I am to be spending this borrowed time with him. 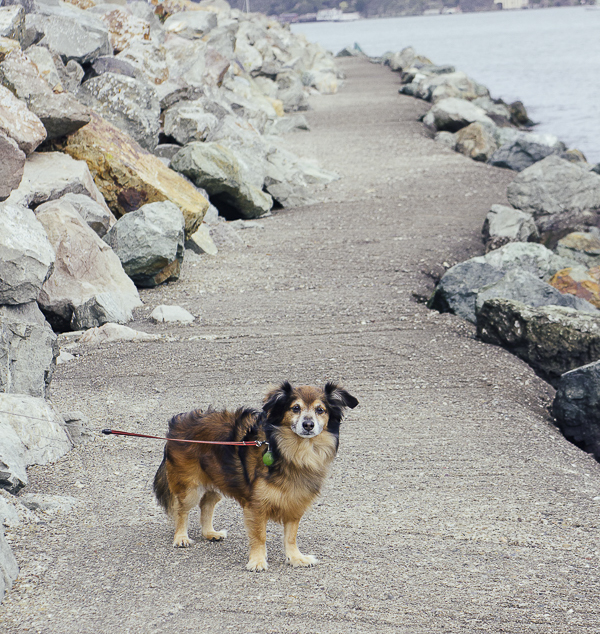 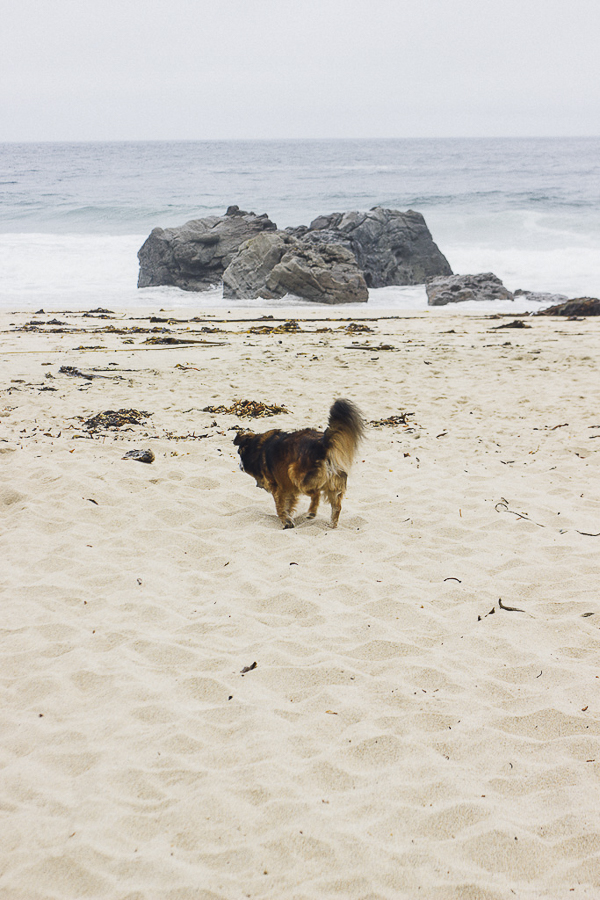 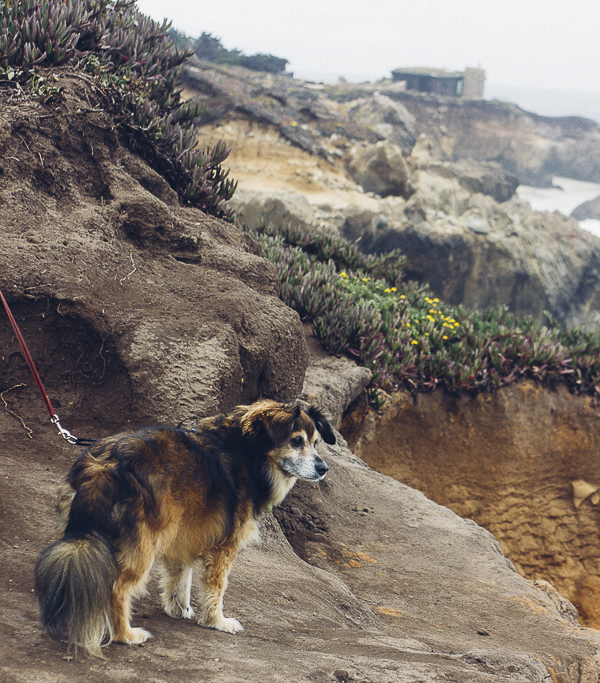 From a tiny little pup rescued from San Jose SPCA to a fourteen-year-old, somewhat grumpy king of Fillmore street, Babu has come a long way and so have I, from a rabid dog-hater to a proud dog mom. He has rescued me with his unconditional love, and for that, I am forever grateful. 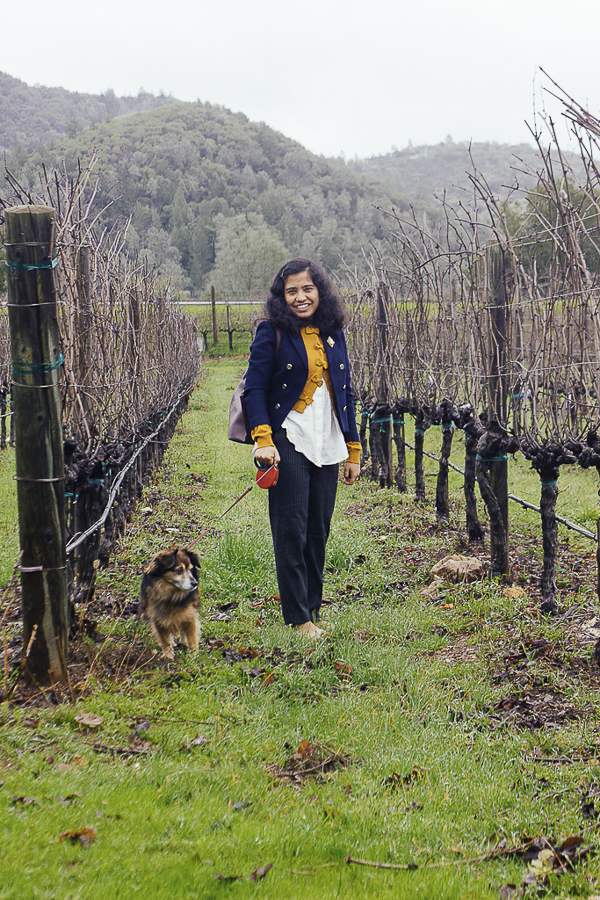 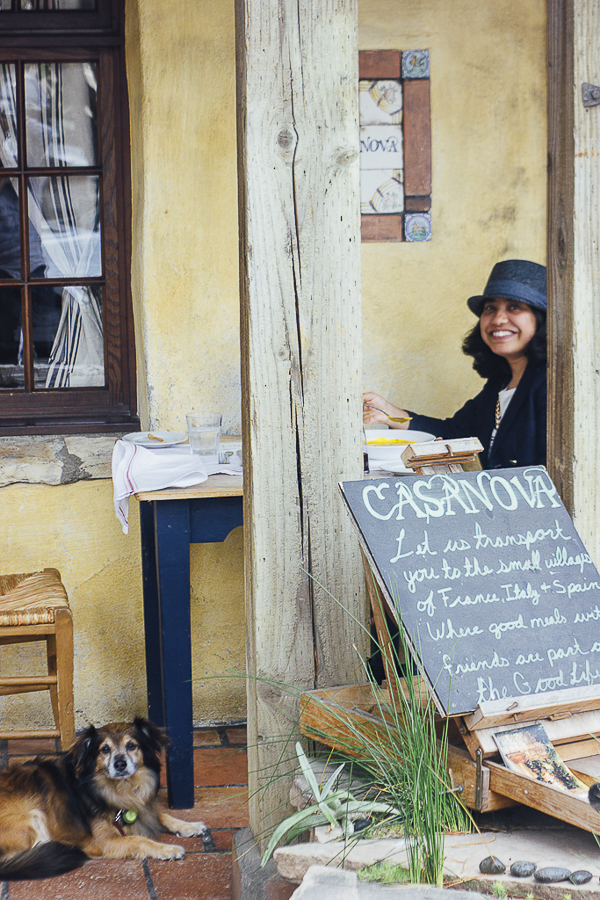 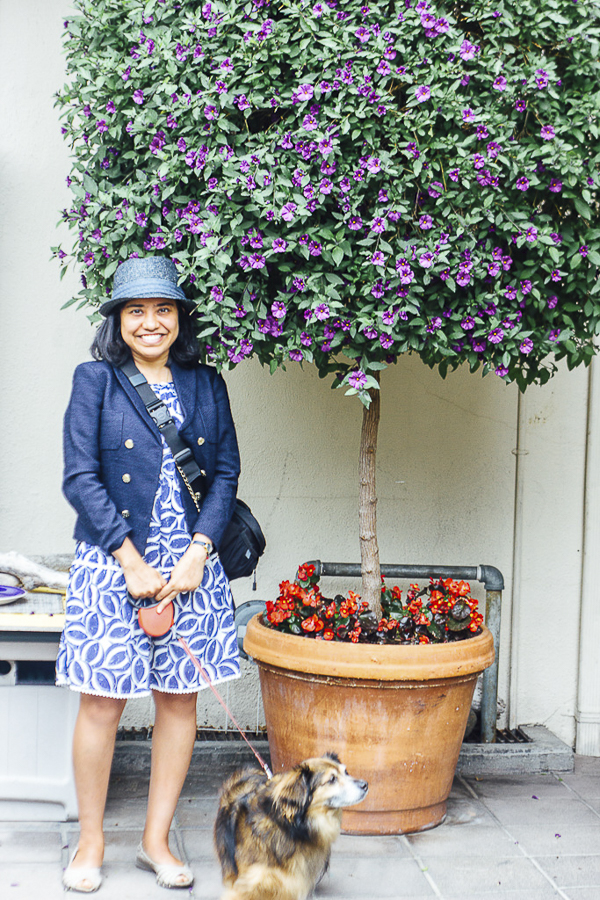 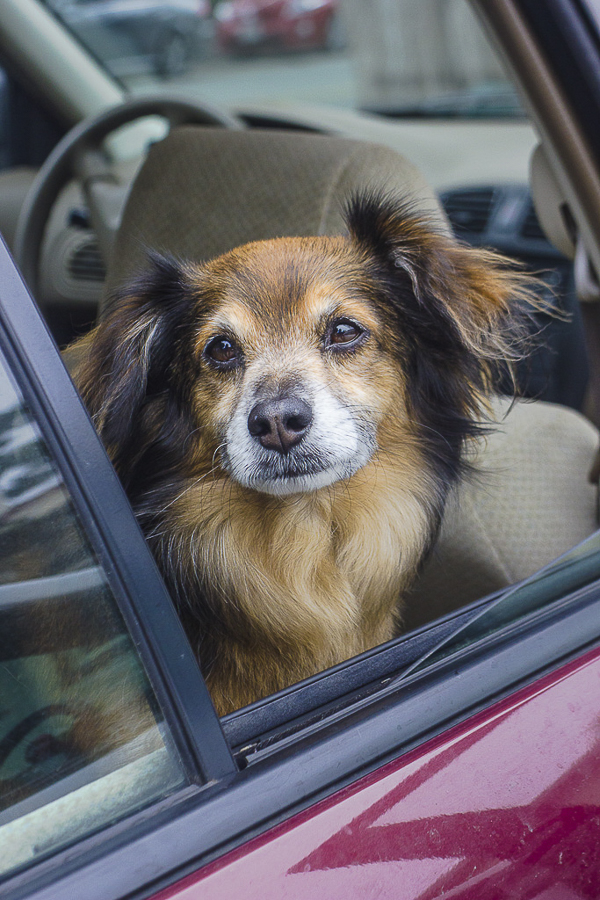 Whether you are an armchair adventurer or someone who is always on the go, you’ll be inspired by Year of The Monkey.   Be warned though, her restaurant posts might make you hungry.

You can see more of Babu and Paroma by following them on Instagram as well as Facebook.

About  Year of the Monkey:  Based in San Francisco, Paroma  Chakravarty primarily blogs about travel, pet-friendly destinations, and food.