As we head into Mother’s Day weekend, I wanted to share a group of mothers who never celebrate or receive any type of pampering.  They are dog moms.   No, not the proud humans who call themselves dog moms, the biological mothers of the cute puppies in the pet store. The Puppy Mill Project will be hosting Mothers In The Mills Benefit on May 9 in Chicago, Illinois to help these dogs.

90 percent of all pet store puppies are from puppy mills.

Approximately  2.5 million puppies are born in puppy mills annually and more than 400,000 breeding stock dogs are imprisoned in these kennels.

About 3 – 4 million dogs die in shelters/animal control each year.

Puppy farms are not the idyllic farm of Snoopy’s memory, but rather are places where dogs may live in terrible conditions and bred at every available opportunity.   In 2009, The  Puppy  Mill  Project  (TPMP),  a non­profit organization based in Chicago, was founded by animal right activist Cari Meyers.   Cari realized that no one was talking about puppy mills  – one of the largest, most systemic forms of animal cruelty and a huge source of our pet overpopulation problem.  TPMP’s mission is to raise public awareness about puppy mills and their direct connection to stores and internet sites that sell dogs.  Their goal is simple:  to put an end to puppy mill cruelty.

I have debated countless times on whether or not to share this story with you.  I’m not proud of it, and I know people will judge me, be angry with me, perhaps even stop reading my blog, but I hope to prevent people from making the same mistake I did.

In 2007 our family dog died unexpectedly.  After two weeks, I knew it was time for me to get another dog.   I went looking for a puppy.  We called every shelter in the phone book and tried looking online, but we couldn’t find any shelters with puppies.   My husband was very specific about what kind of dog he could live with:  small and nonshedding were the two most important requirements.  We visited several homes that had puppies for sale, but I knew they weren’t good breeders.

If I had known then (2007)  what I know now,  I would not have gone to a pet store to even look at a puppy, no matter what.   There was a Maltese at the pet store, and I ignored my inner good judgment and bought the puppy.   The young man at the pet store was so earnest when he told me “Our puppies are from local breeders. They are the last of the litter that they haven’t been able to sell.” I believed Nelly was from a small local breeder.  I was so naive and foolish, however, I know I’m not alone in falling for the lie. 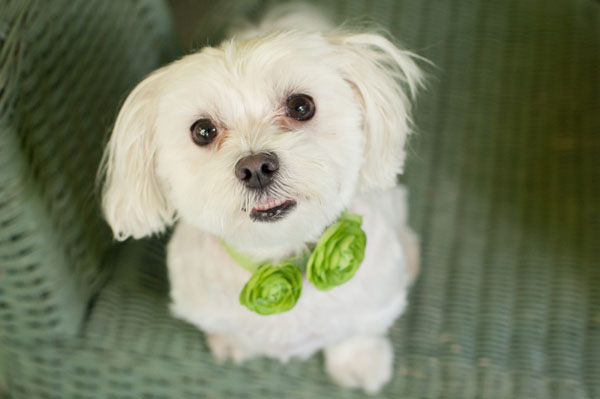 When I got home, I checked her papers, thinking I’d write a friendly letter and update them on their last pup. I was excited to make a new acquaintance who had a vested interest in my newest family member.  However, she wasn’t the last of the litter from a local breeder….she was from Arizona.  A puppy mill. I felt sick.   Turns out I wasn’t the only one, Nelly was also sick with kennel cough.  The pet store gave us the option to return her for a refund, but of course, I wasn’t going to do that.  She had suffered enough at their hands, or so I thought.

A while later Nelly was limping due to avascular necrosis of the femoral head, which was attributed to either a  hereditary condition common to small dogs or a trauma she received as a puppy, prior to coming to live with us.  Nelly required surgery to remove the dead bone.   We spent a lot of money and Nelly had some obvious pain from the surgery, sadly she still limps from time to time.

If Nelly had come from a responsible breeder, her chances of having a congenital condition would have been greatly reduced if not entirely eliminated.  And she would have had a much smaller chance of having a traumatic injury as a puppy.  While Nelly lives a good life,  her mom is (or was) most likely kept in horrid conditions.  Who knows if her siblings were kept in the mill, forced to breed or if they were lucky enough to make it out as puppies? Was Nelly’s mom almost a puppy herself?

Nelly’s mother was most likely bred repeatedly.  Most dogs in puppy mills spend their lives in small wire cages.  There is no such thing as routine grooming (I can’t even imagine a Maltese with no grooming) or vet visits.  Overgrown nails, decayed teeth, missing eyes, and open sores are commonplace.  There is no place to exercise or a soft spot to lay down and rest.  (I’m not sure if pregnant moms and newborn puppies get a solid floor or not.)

If you want to judge me for my ignorance, I understand.   I love Nelly and I’m glad that I have her in my life.  But it was a poor decision to buy her.   Unwittingly I supported an industry that I didn’t realize was so cruel and uncaring.  They aren’t just cruel to the dogs in their care, they hurt the puppies and the people who buy them.

So I’m asking you to help make the world a better place.  Tell your friends, family, and strangers that the world doesn’t need puppy mills.  Avoid shopping in stores that sell puppies.  It isn’t enough to not buy a puppy, don’t shop there at all. There are lots of pet stores that don’t sell puppies, please support them instead.

It turns out that pet stores aren’t the only ones that get their dogs from puppy mills.  If you see an ad selling dogs online, it is probably a puppy mill.  Much to my dismay, the Amish are notorious for breeding dogs in less than ideal conditions.

The Puppy Mill Project has some great tips to help you get a dog.  Now that we have Theo, I can heartily endorse adopting an adult dog, he’s every bit as lovable and awesome as a puppy!  The Puppy Mill Project helps to educate by making  age-­‐appropriate presentations at schools, summer camps and community organizations in hopes that audiences will embrace the  “adopt,  don’t shop”  philosophy.

I am participating in a blog hop hosted by Dollie the Doxie and Fidose of Reality.  Please visit the other blogs and learn what you can do to help eradicate puppy mills.