Nada Khalaf-Jones from Sky Born Visual Studios loves it when her clients include their animals in their photo sessions.   Ashley and Daniel not only included their dogs but Nada was also able to get a few photos of some of their cats.

From Nada:  “Raleigh, North Carolina, is a new fave city for this Florida Keys photographer. The email from Ashley I received got my interest right away. This woman knew she wanted me, and she knew what she wanted. From the Islander in Islamorada, where the wedding is going to take place on New Year’s Eve, to the pre-wedding Dry Tortugas trip by seaplane, to the prominent roles their two dogs London and Baloo will be playing.
She was so straight up with all her needs I said, hey, why don’t I come and take your engagement photos too? Then I fell in love with Ashley & Daniel; they are a gentle and very loving, fun couple. 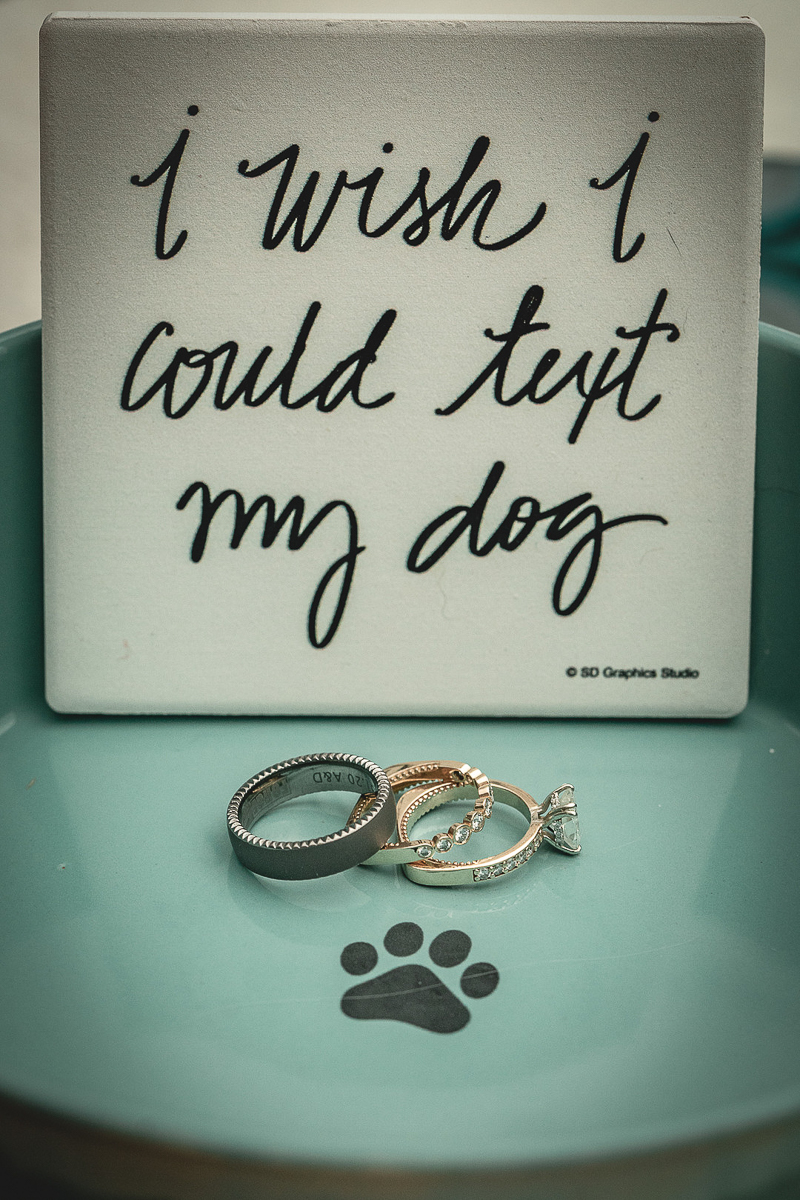 I felt welcomed into the Jessup and Holt family circle and when we meandered around downtown Raleigh, from our trip to Rand Bryan to their home, then the Vintage Chapel and on to the history-rich State Capitol Building, then the iconic Clyde Coopers BBQ, it felt like I was visiting with a local encyclopedic tour guide.
Just listening to the discussion about which way to get from point a to the family restaurant was a rich and satisfying detailing of every turn and feature in Raleigh. This girl knows her way around her town. These two feel solid together, and it’s a feeling that they shared freely with me.
I loved their history as a couple and can’t wait to hear more of it in December when they come here to the Florida Keys to be married. The film and photographs we make for them will be better and richer than any other project. Since we have already worked together and made great things happen, the next time we meet will be even more fruitful.
I’m so proud to know these two and grateful to have been able to claim my spot as a North Carolina engagement photographer. At least once. I fully plan to return to the areas and firstly ski, secondly hike, thirdly seek new clients.”

From Ashley:  “Baloo is our soon to be (Nov 11) 4-year-old Chow Chow. I had him before Daniel and I met, and so Baloo is still my main man! He is one of the great loves of my life. I got him from someone in Missouri when he was two months old. A carrier brought him to Raleigh, NC, and we met at a Shell gas station. It was LOVE at first sight—my little man. I searched high and low for a Chow Chow because that’s what my mama had when she was younger and single. I’m a huge mama’s girl, by the way! She’s my matron of honor and is walking me down the aisle to my handsome groom. She told me there wasn’t any kind of love like the love between a chow chow and his/her person, and that’s so true. He still only really listens to me, and even then, he’s still hard-headed. He loves Daniel, but nothing like he loves his mama. 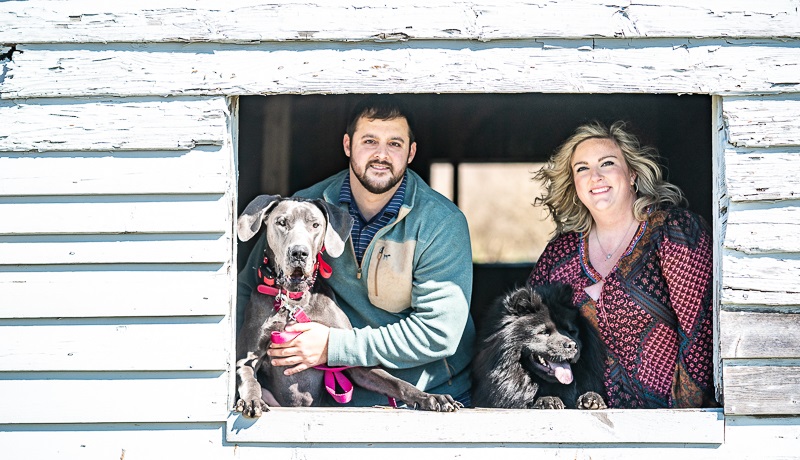 London Blue is our Great Dane, who will turn two years old, two days before our big day! Daniel and I got her together just three months into dating. Big commitment! 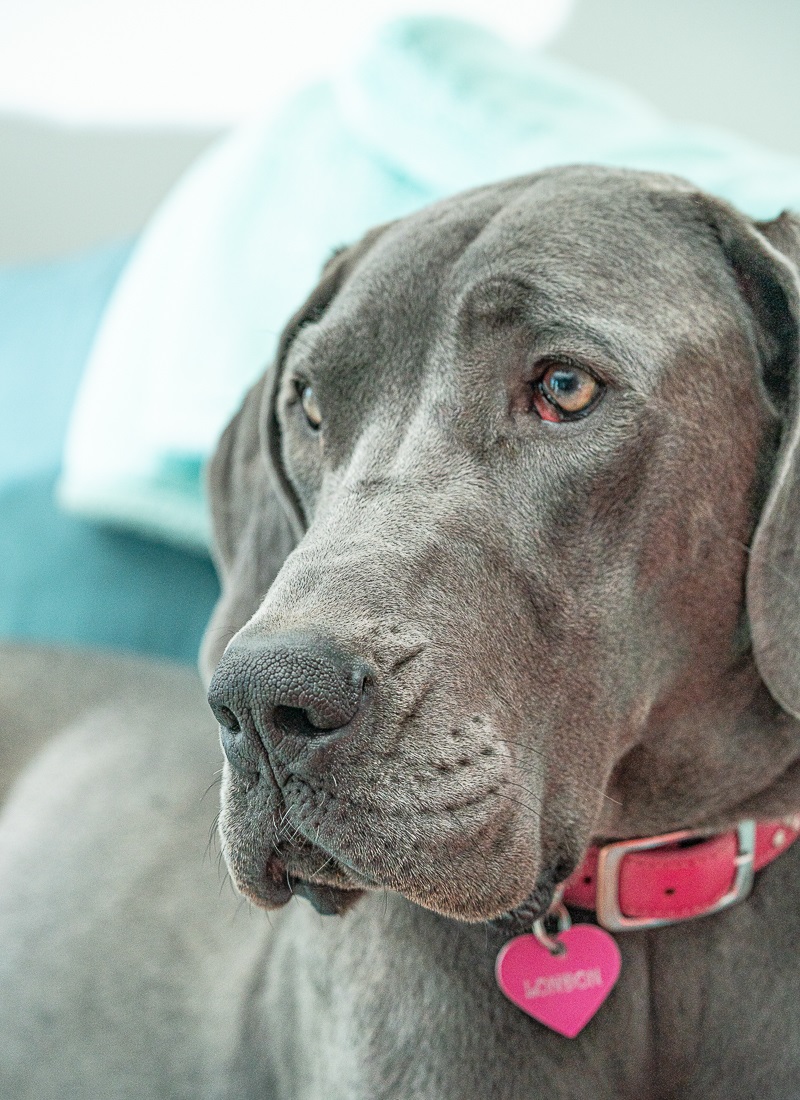 London is both a mama’s girl and a daddy’s girl. She’s smart as a whip! She is a lover of all things “toys” none too small…. she ATE 2 battery cat toy birds when she was a puppy. I only suspected one because I had seen her gumming it. However, when I took her in, they induced vomiting, and up came BOTH battery-operated squawking birds. X rays only showed ONE. They must have been on top of each other. Luckily she threw them both up within minutes of each other. A grown but still very much puppy. She still loves cat toys; however, we do not buy battery ones anymore. Sorry cats!

When Daniel and I met, I had four kitties. 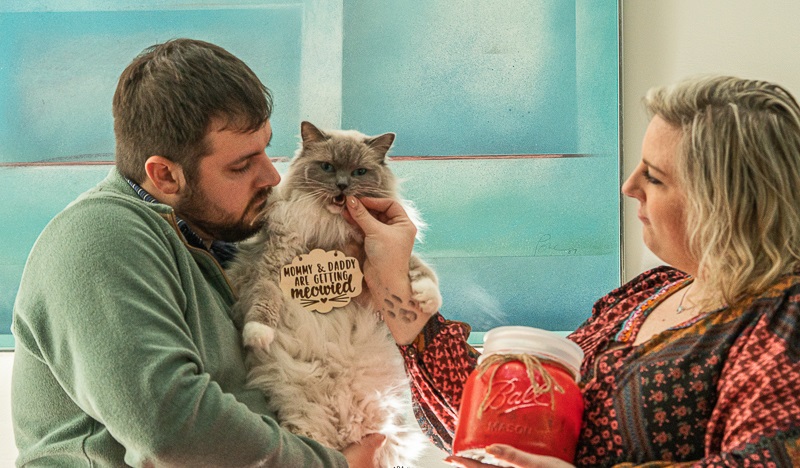 Aurora is our mitted ragdoll, who is super silly. She is one week younger than Baloo. I got her after getting him to ensure he’d be socialized with cats since Chows can be wary of them. They grew up together, picking on each other. People thought I was crazy raising a puppy and a kitten at the same time while going to college full time.

If I wasn’t crazy then, I was crazy when I brought Ruby, my Tabby, home. Baloo picked her out while at the vet during his ‘day-school’ sessions. She was brought in to our vet to be put up for adoption. The little lanky cat must have caught my now cat-loving chow’s attention because each day I’d pick him up, they’d tell me Baloo loves this kitten. I kept saying to myself, ‘if she’s still here by Friday, I’ll take her.’
Well, I got to Wednesday, halfway home from the vet with Baloo, turned around, and went back and got her. She’s so sweet and loving. She talks to what we call ‘her people’ on a nightly basis… we have no idea where they are, but we support her, haha.

A year or so later, I adopted two boy kitties two weeks apart. First was this adorable little buff-colored tiny kitten with teal eyes that melted my heart when he’d talk to me. I got him from Wake County Animal Center. I still say to this day he’s the best $45 I’ve ever spent. He loves water and cries for us to turn the faucet on while he sits in the sink and lets it run all over his face and sides. We had to get him a water fountain to drink out of. He’s cute, and boy does he know it! He flirts with me all the time. He’s such a silly, lanky cat. 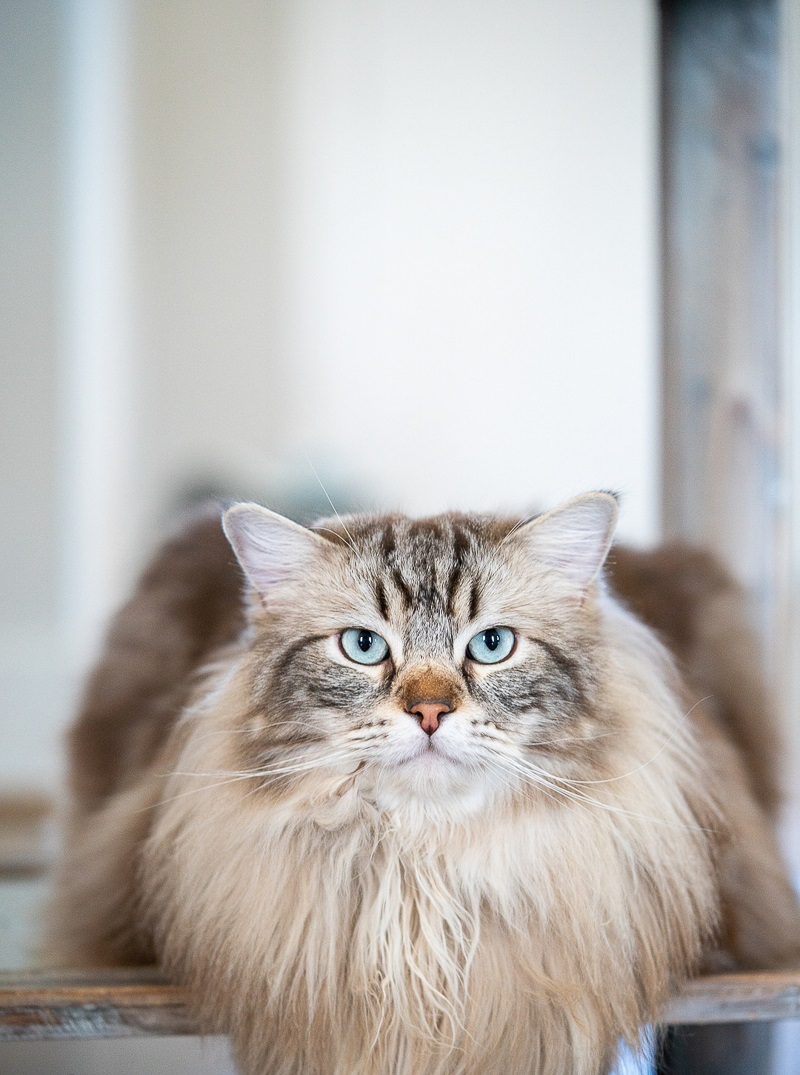 Tarzan is his younger brother by a few weeks, which I believe is the one you are talking about from photos. He’s a ham for a camera. I knew from when he was just a few weeks old I’d be getting him and that Tarzan would be his name. His aqua eyes are my favorite because that’s my favorite color. He is a ragdoll, and his meow or talk is gaspy. My favorite thing is when he sits down. He sits like a human and plops down with one foot kicked out. He’s an instigator with all of his siblings.

Last but not least, after Daniel and I realized we needed a bigger house for all of our animals and us and bought one together, a trailer down the road had tons of little black kittens running around in the yard. We were on the way to Lowe’s, late September, and we saw them. Daniel was sweet enough to turn around and go knock on the door to see if we could buy one. The man said we could have one if we’d like, and Daniel brought Ava over to me. It was love at first sight. I told him, if I can just have a black cat one day, that’ll be it. I promise! She is my favorite gift he’s ever given me. Recently she was diagnosed with FIP, and it about killed us because she’s only a year old. The emergency vet made us feel so hopeless like we’d lose her.

Luckily we switched her over the next morning to our regular vet once they opened, and they did more intense testing. They made us feel like there was hope. Since then, her blood work is looking great, she’s eating us out of house and home, and is just as sneaky as ever. She sleeps around my neck every night and when she’s ready to snuggle, comes in purring.

Needless to say, our animals are our children, and if one weren’t there, it wouldn’t ever be the same. They each have their unique personalities. My animals are my babies!

Daniel didn’t like cats before we met. Now he loves every single one and even my mama’s cats. He embraces my love for animals, which makes him perfect for me. The way he loves them makes me love him more. He’s hard-working, sweet, and the perfect man for me. He’s my other half, and my heart misses him when we are apart. He makes everything more fun, like the cherry on top.”

From Daniel:  “Ashley is the most amazing person I have ever met. She is caring, compassionate, forgiving, and loving. But her love for animals rivals anything I can think of, even her love for me. She tells me very often that I would go before any of our animals; yes, even though she had four cats and the one dog before we met, I now consider all of them mine as well.

She has changed me in ways that I didn’t think were possible, every one of them for the better. She is the best person for me, and I couldn’t ask for anyone more perfect than Ashley or any better animals.”

Find a pet-friendly photographer near you

About Sky Born Visual:  Based in the Florida Keys, Nada offers videography for weddings, real estate, and more.