Its always a treat to share photos from Charleston photographer, Dana Cubbage.  Dana’s fresh and vibrant style always brightens my day.  Add in this sweet girl’s story and you can’t help but feel like the world is slowly becoming a better place! 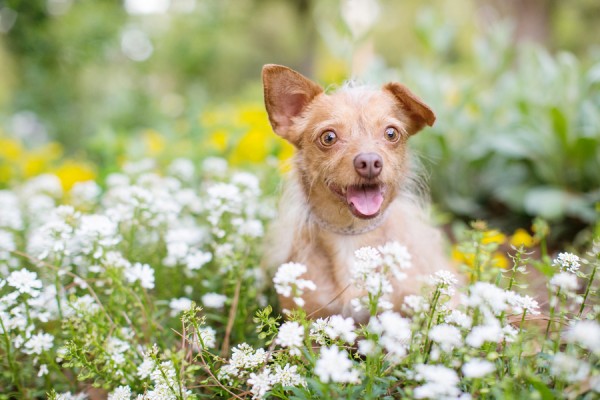 At only ten pounds, Molly, aka Doggy, may look like small and delicate, but don’t be fooled.  This Chihuahua–Terrier mix is both incredibly lucky and resilient! 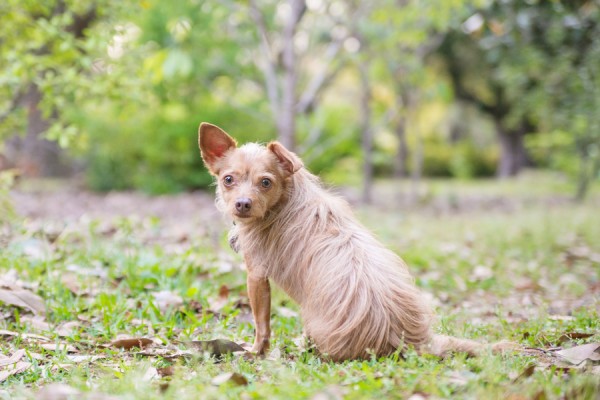 From Johanna:  ” Doggy was pulled from an upstate high kill shelter (they used to gas about 90% of its animals) The shelter is in Chesterfield (the same that shot dogs March last year). My husband and I were pulling pets from this shelter back in ’09 so they could be adopted in Charleston.  We rescued about 20 pets (cats and dogs) in several trips.   I saw Doggy and her sister in a pen full of puppies one Saturday in 2009 but they were both very sick. We couldn’t take them with us that day because we had healthy dogs in the car and we also couldn’t fit more either since we had carriers with kitties! I couldn’t stop thinking about Doggy and her sister so I called the shelter that Monday and had both pulled by a local volunteer that took them in until I could pick them up the weekend after. The sisters ended up having parvo, and unfortunately all the rest of the puppies from Doggy’s pen also had it and they were gassed. 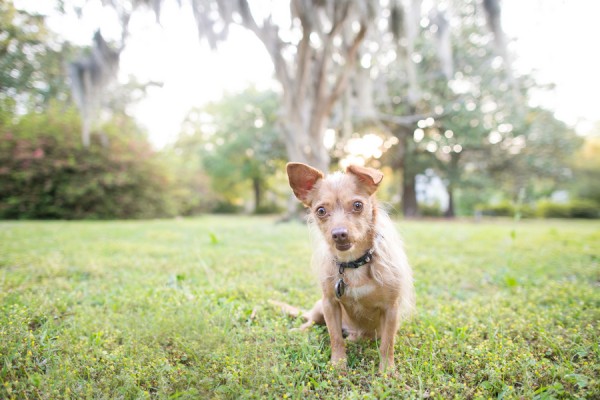 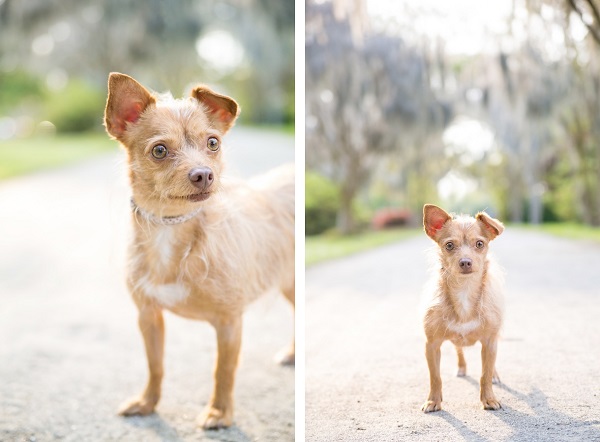 Doggy and her sister stayed at the volunteer’s house but her sister died 2 days after. Somehow Doggy survived that week only eating rice and chicken. I drove 3 hours and picked her up the next Saturday and I took her right away to the vet in Charleston. When she was healthy and she started going out she was very shy! She was terrified of people.  My husband and I took her every day to Pet Helpers to meet other doggies and people. She also went to a puppy class (she had a blast) and now she’s a social butterfly! She loves people (more than dogs) and she really likes to play with the foster kittens that we bring to the house. She really likes cats too and she gets along great with 3 of our cats. 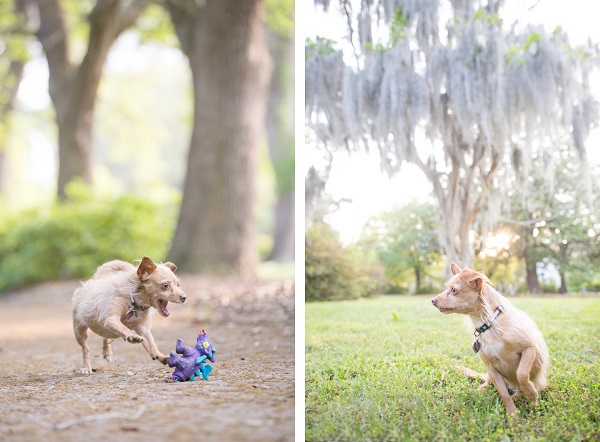 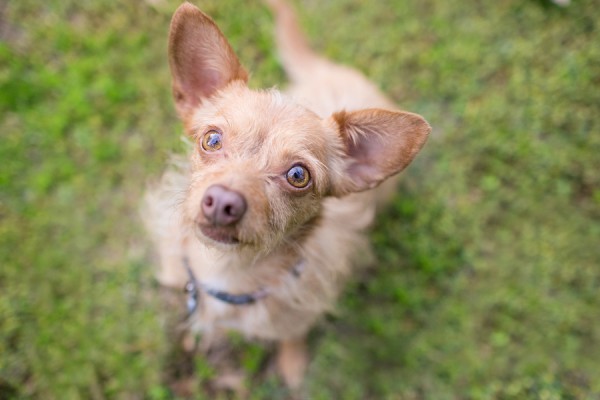 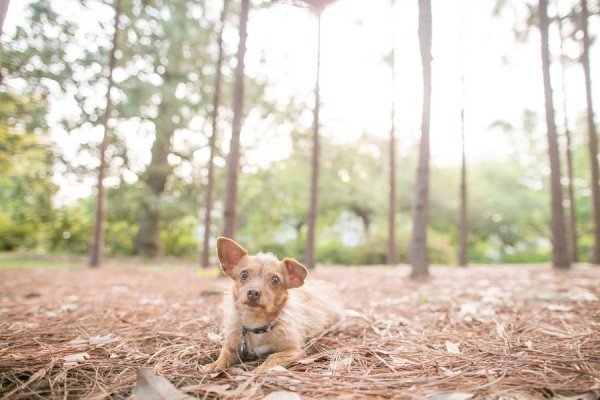 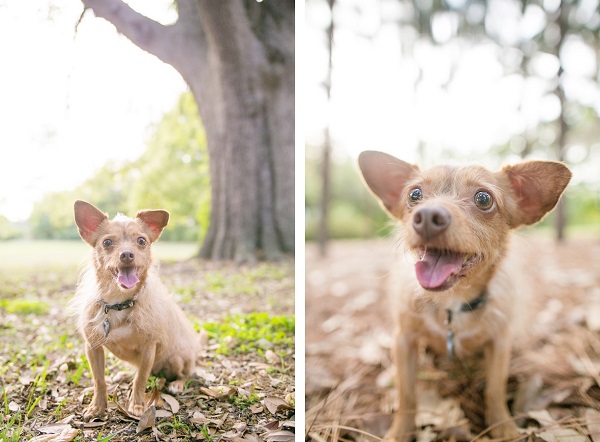 The volunteer group Paws and Claws that works with animal control officers in Chesterfield has made a huge difference.  I have to mention that after the shooting of dogs by animal control officers, the shelter completely changed its policies (after the public outcry) and they are working towards becoming a no-kill shelter. The volunteers from Paws and Claws have done an amazing job in adopting out animals and working with other groups from out of state. The have removed the gas chamber and the new animal control officers do everything in their power not to euthanize animals due to space (the euthanasia rate went down from 90% to ~15 %). 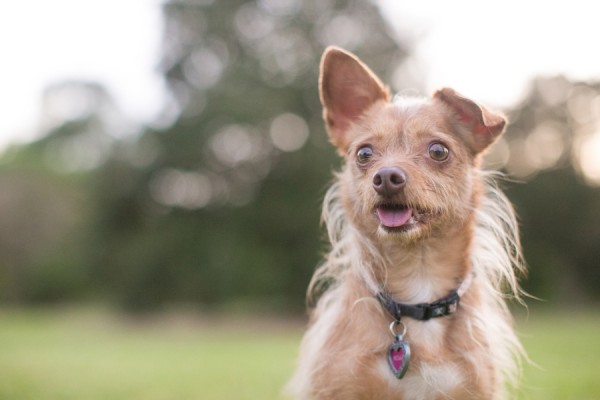 Three hundred cheers for volunteers everywhere who are making a difference for homeless pets!

You can see more of Doggy on Dana’s pet photography blog.  Be sure to like her Facebook page as well to stay updated on all her latest pet photography.

About Dana Cubbage Photography:  Dana is a professional photographer specializing in modern lifestyle pet photography taken on-location in the Charleston, South Carolina area. Dana is a member of HeARTs Speak, a non-profit organization that connects artists and rescues to promote pet adoption.  She lives with her husband and three dogs, Camden, Brady and Beckham (formerly known as Little Black).