Some people are just so creative and ambitious that I’m left a little awestruck.  I felt that way when I first saw artist Sally Muir’s latest project:  A Dog A Day. 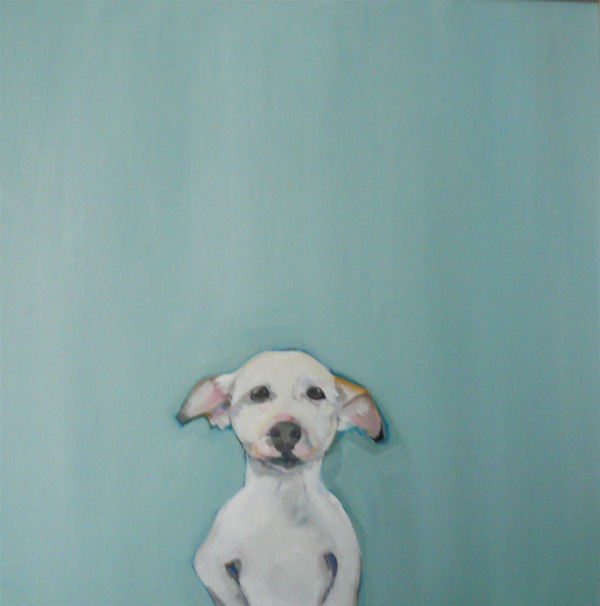 A Dog A Day is on Facebook and serves as a gallery where Sally “adds a dog drawing/painting every day, adding up to a massive 365day dogfest.”  Sally was formally trained as an artist and uses a variety of media in her artwork. 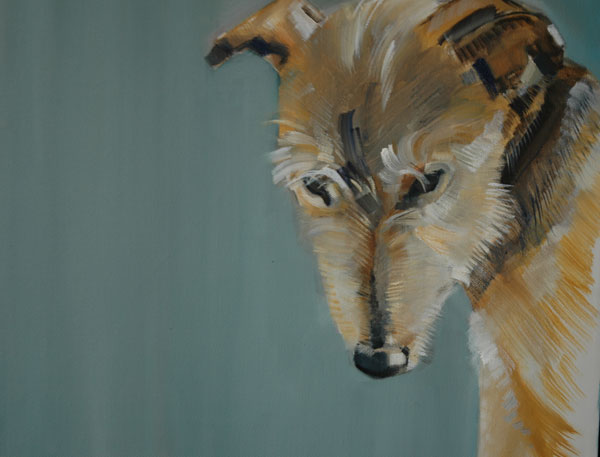 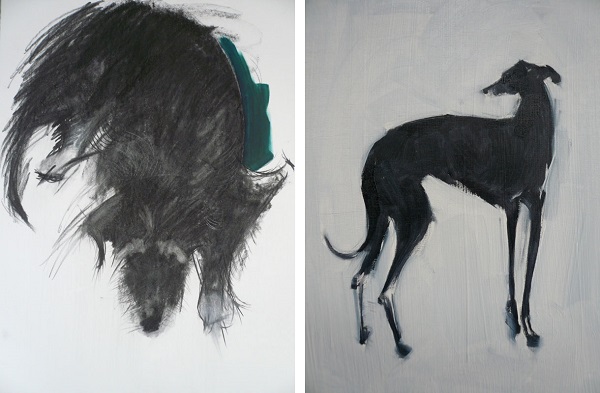 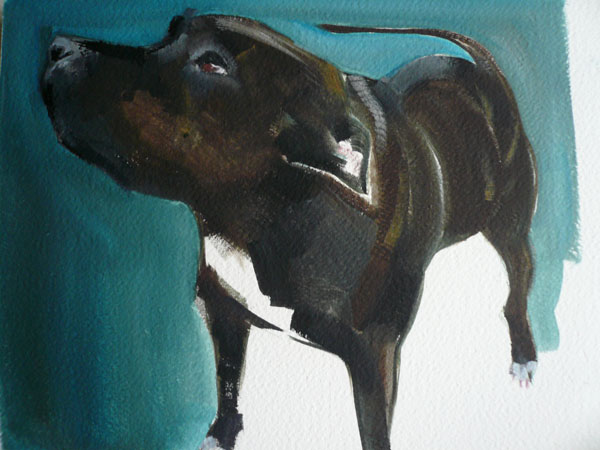 From Sally:  “I came up with the idea for A Dog a Day and through the magic of Facebook could do it immediately, so I committed myself to it before really thinking it through.  Making sure that I have a Dog a Day to post has made me work on my dog paintings, and made me more experimental, as I don’t want to bore people with repetition. The fact that they aren’t  commissions, gives me more freedom to do what I want, they can be as minimal as I like.  As you may have guessed, I’ve always loved dogs.  We had numerous dogs when I was a child, mostly Poodles and Afghan Hounds. I’ve since had a mongrel, Franny, a Dalmatian, Dorothy, a Greyhound, Jack Swan and now I have two Whippets Lily and Peggy.  All my dogs feature in the  paintings.  Additionally I paint dogs that are from the dogs home, as well as friends’ dogs and some commissions.” 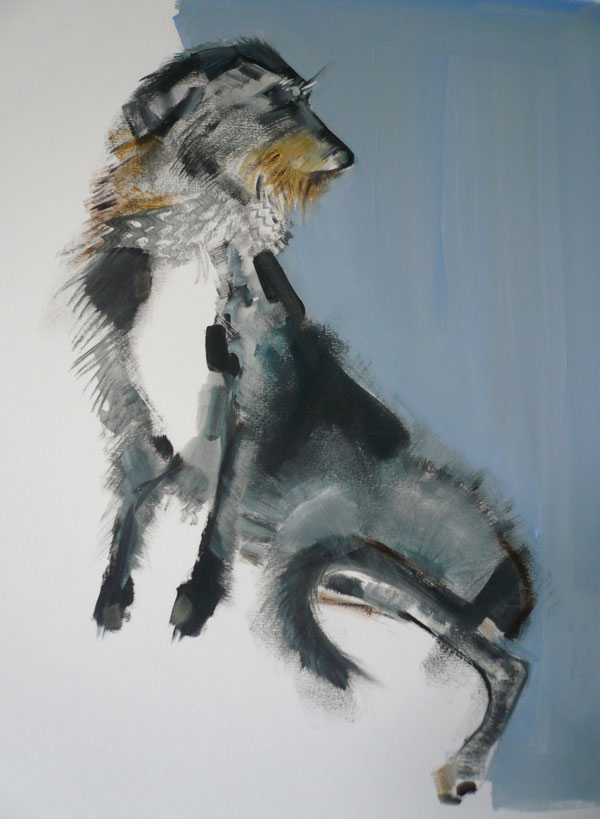 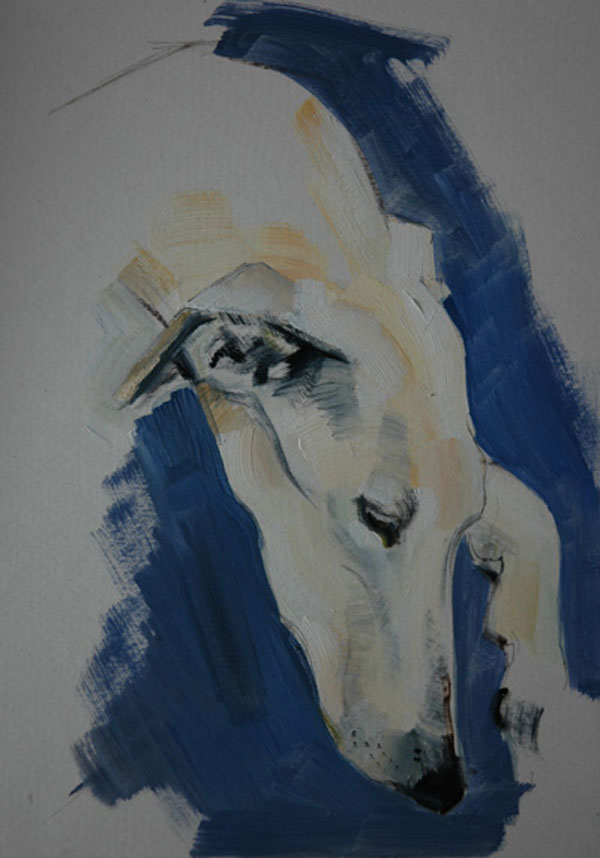 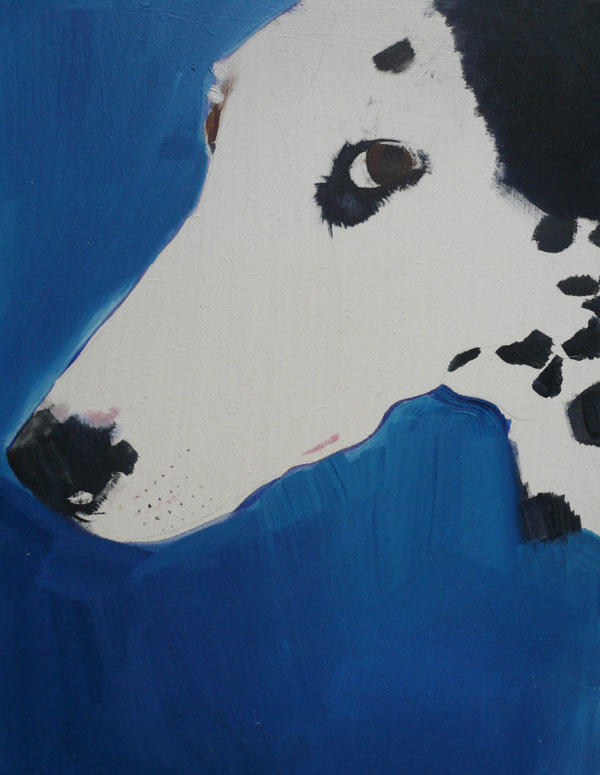 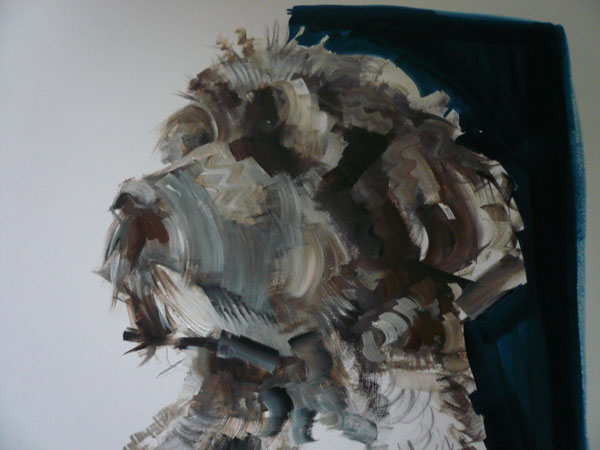 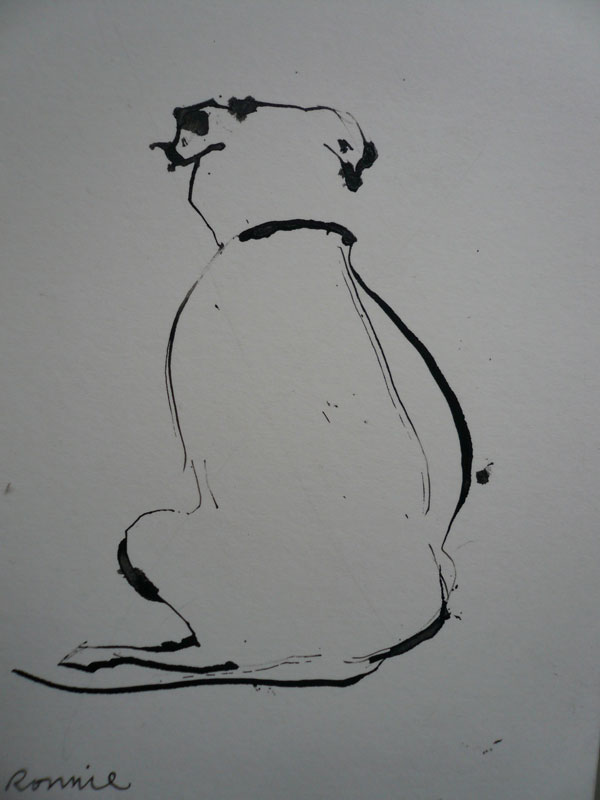 If you are fortunate enough to be in London during August 3-September 9, stop by the Gallery at Anthropologie to see Sally’s work on display.  To celebrate the exhibition, on Saturday 31st August, Anthropologie is inviting customers to the gallery to have their own dogs drawn by Sally. For a small donation, customers can take away their own dog’s portrait with proceeds going to Bath Cats and Dogs Home. 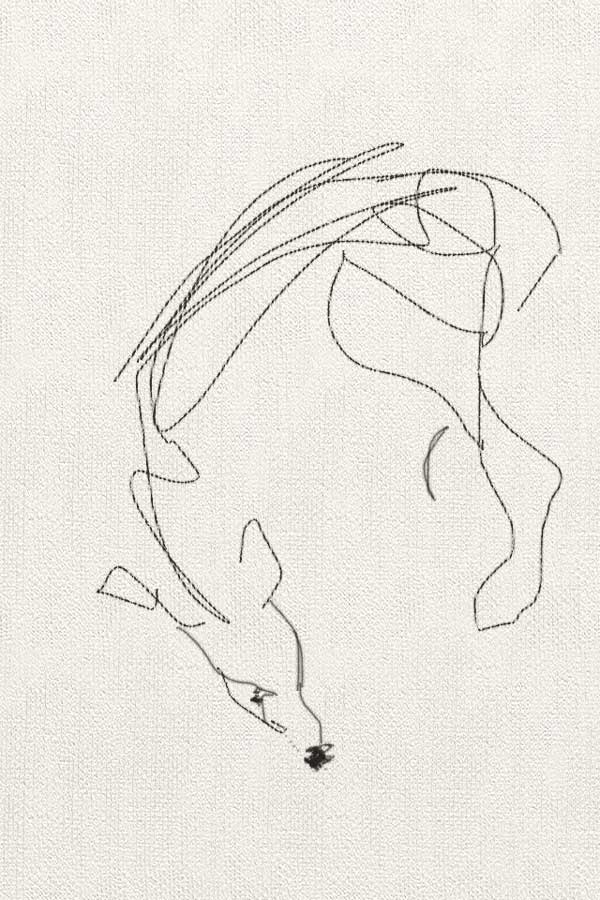 Sally’s talent extends beyond drawing and painting, she is also a knitwear designer.   Together with Joanne Osborn, they created an amazing book, Best in Show:  Knit Your Own Dog. They are collaborating on another book due out this October, Knit Your Own Zoo. 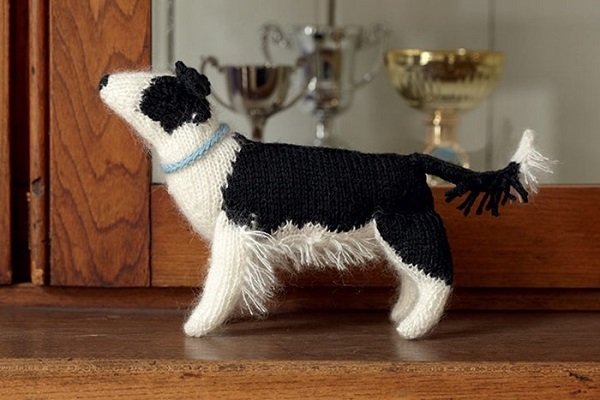