I am so excited and happy to share these photos sent in by Leigh Ann Saperstone from Saperstone Studios of Hunter, the Shiba Inu.  I am pretty sure he would get the award for the foxiest dog! 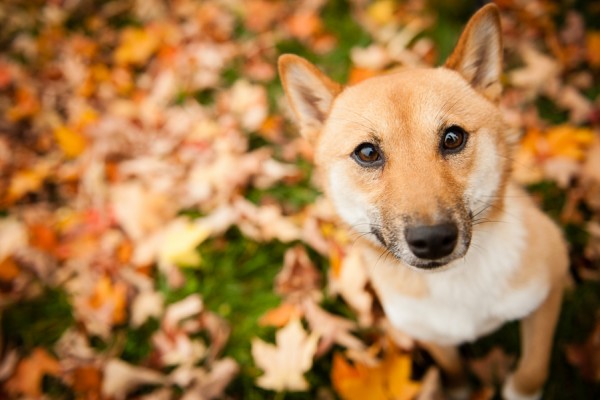 From Jen:  “My fiance (at the time- we’re married now) and I lost a family Shiba Inu in the spring so we decided we’d look for another rescue after we got married. I couldn’t help myself and started looking sooner to begin ‘preparing’ to actually look, haha! I was a pretty set on getting the same dog breed if possible and came across DC Shiba Inu Rescue. Nathalie, the head of the group, worked really hard to find us a good match knowing our timeline was a few months out since we would be gone for a honeymoon. She found Hunter from Safe Harbor Animal Rescue.  It was strange to even think about adopting a dog we’d never gotten to meet, but from all the information we got about his personality and seeing how difficult it was for the head of Safe Harbor to let Hunter go, we knew he was going to be a great match. Hunter was found on the side of the road with no tags in an area that is known for puppy mills. He was put in a local shelter and then ‘adopted’/transferred to Safe Harbor Animal Rescue which specializes in rescuing Shibas. Hunter was guestimated to be around 1 1/2 to 2 yrs old. DC Shiba Inu Rescue arranged transportation for free to get Hunter from Ohio to Virginia, then Nathalie took him in while we were on our honeymoon. We picked him up the day we landed! 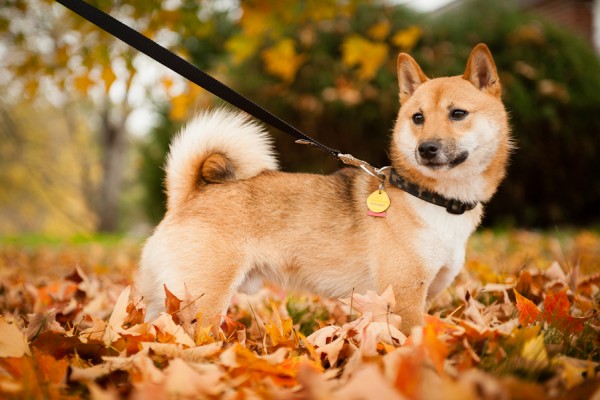 We wanted another Shiba because we felt like we knew how to handle the breed and love them for their strong personality traits. They are not typically cuddly dogs- though they look it!. Instead they are high energy, strong willed and very independent. Hunter is all of those things but also the most loving and cuddly dog too! 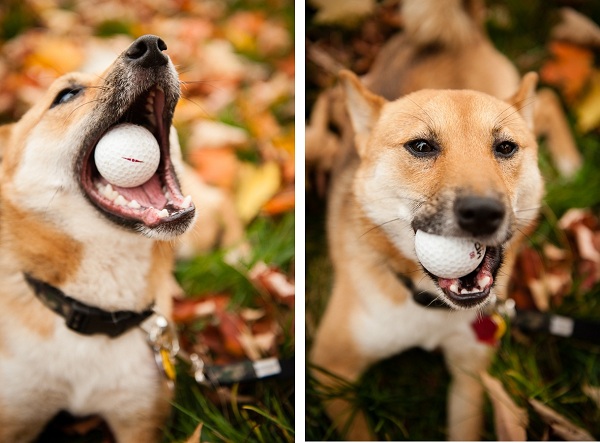 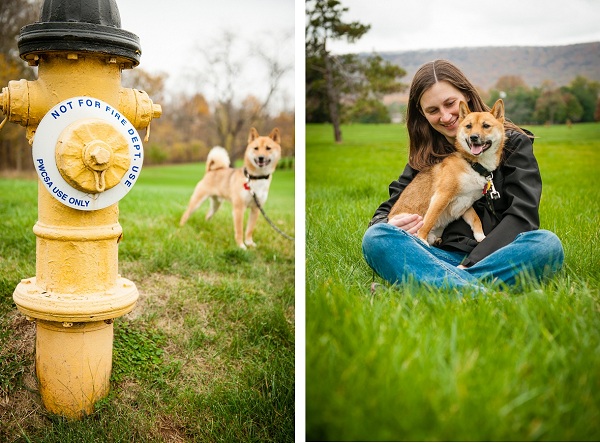 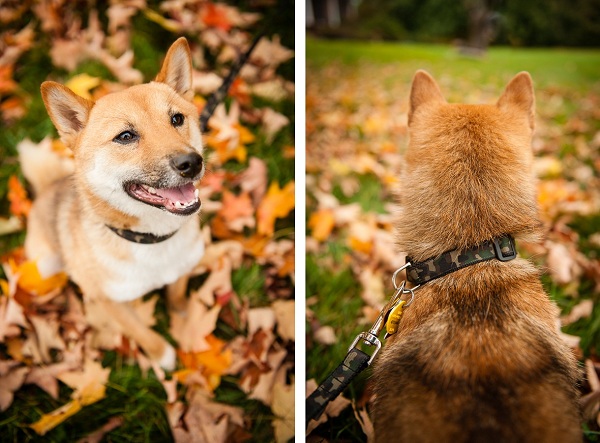 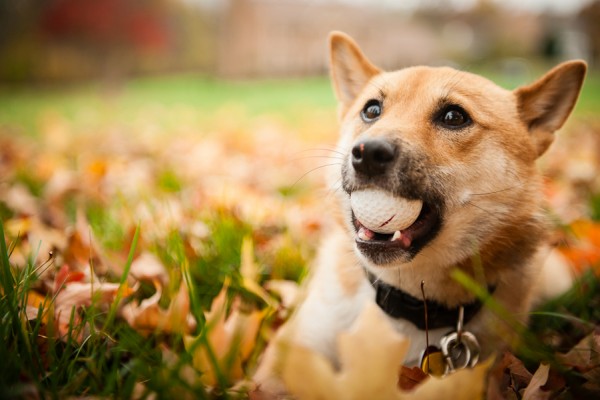 We totally lucked out and feel blessed to have had so many people work hard to find this dog a good home and us an awesome companion.  Saperstone Studios/Leigh Ann took such lovely photos of him and deserves so much credit for capturing his personality!”

You can see more of Hunter on Leigh Ann’s blog.

About Saperstone Studios:  Based in Virginia, Leigh Ann is a wedding and portrait photographer.

« And the Nominees are:
Happy Tails: Chewey »