I struggle with accepting death, and with each “In Loving Memory” post I write, I cry.  I cry for the dog that died, and I cry for the dogs that I’ve loved and lost.  But each and every time, I’m grateful that someone cared enough about that dog to photograph her, love her and comfort her when the end was near.  November is Adopt a Senior Pet Month, so it seems fitting to share this lovely story of a foster senior dog who spent her last days with Robyn Pope from RDP PhoDOGraphy.  Pax was a shepherd mix who was rescued by  Frosted Faces Foundation when she was approximately ten years old. 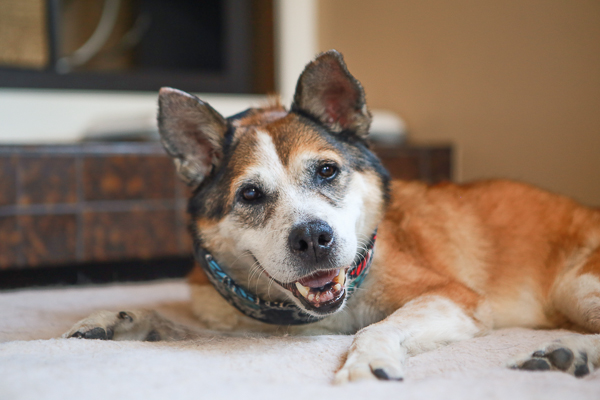 From Robyn:  “Kelly and I met in October 2013 when we adopted Kimber (fka Hermione) from The Barking Lot, where she worked at the time. We later realized we’d actually both been at the Courthouse at the same time when applying for our marriage licenses – to wed the incredibly patient and supportive dog-lover husbands we now both have.  When Kelly started Frosted Faces Foundation, I knew I wanted to be a part of it and have been lucky enough to meet almost every Frosted Face to take before and after photos.   Ten years old and dumped at the shelter with a brain tumor, when Kelly posted “Daniela’s” picture seeking a hospice foster for her, I knew we had to get her out.  So from a plane somewhere over the Middle East, I messaged and said we’d take her.   We named her Pax, hoping to show her some peace in her final days.   Pax came to us when we landed in the US 18 hours later and bonded quickly. 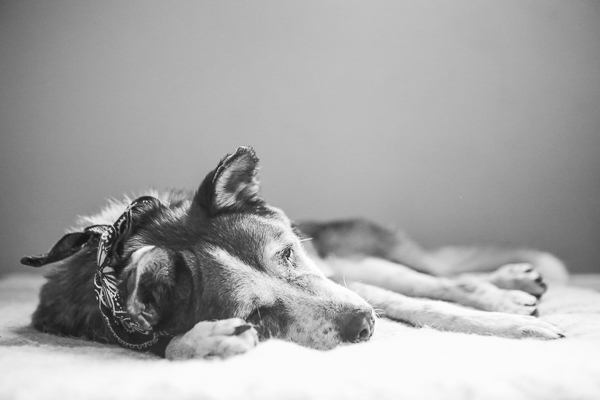 She made herself comfortable on an oversized bed, met my three giant fur-kids, and seemed to feel at home.  Pax turned out to be a champion photo-editing partner, snoozing on her bed while I worked.   She got cheeseburgers for dinner and her fill of ear scratches and snuggles.  Kimber, in particular, took to Pax – at first wondering why she wouldn’t play, but quickly realizing Pax demanded a gentler friend.   When I went home at lunch to check on Pax, she had taken a turn for the worse.   I took her outside for some sunshine and settled her on her comfy bed.  They say a picture is worth a thousand words, so I’ll let Kimber and Pax tell the end of the story of a fast friendship and an unlikely pair – a rambunctious Mastiff and a hospice senior who were together only a few days, but together til the end. 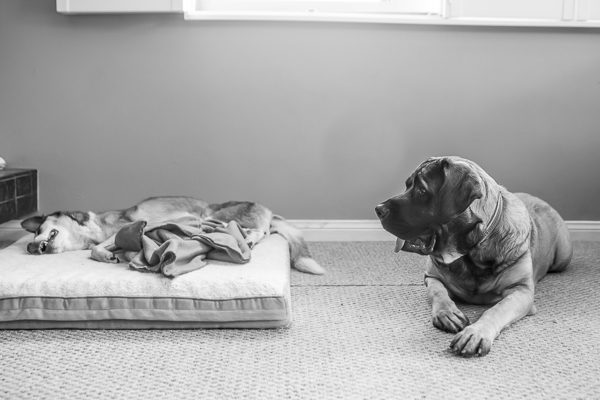 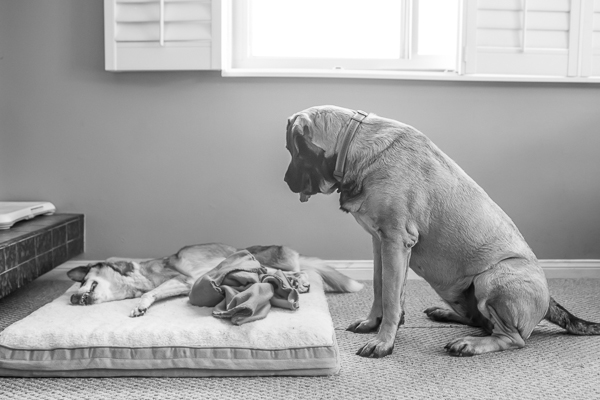 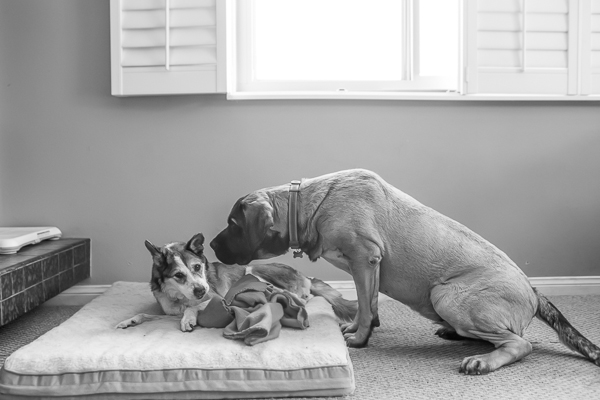 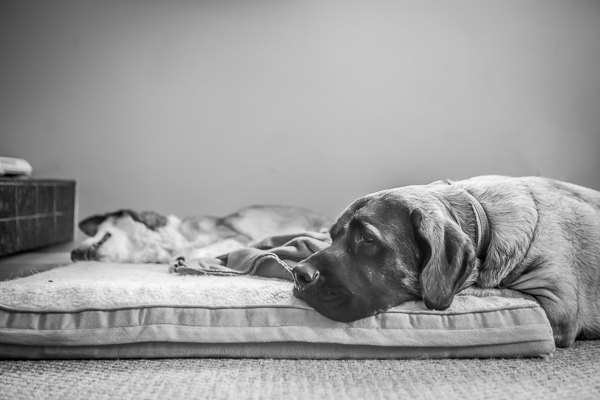 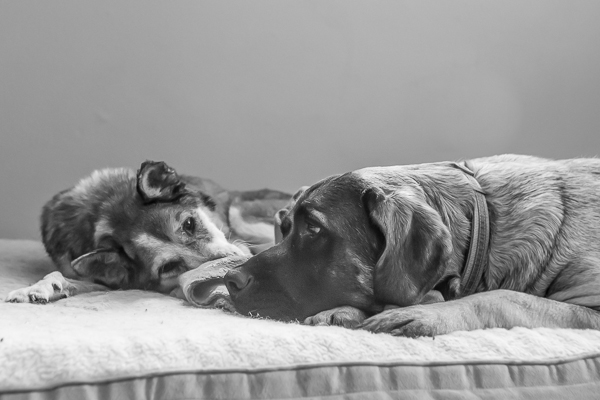 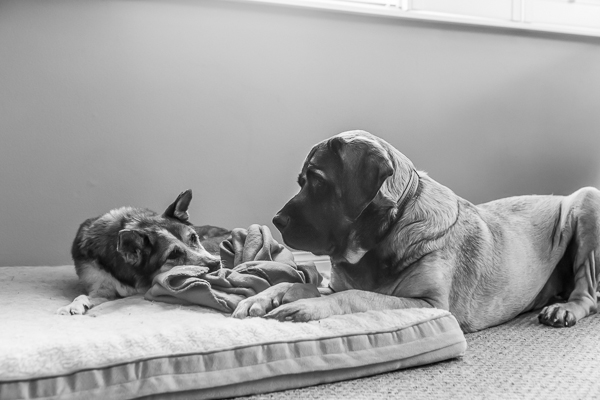 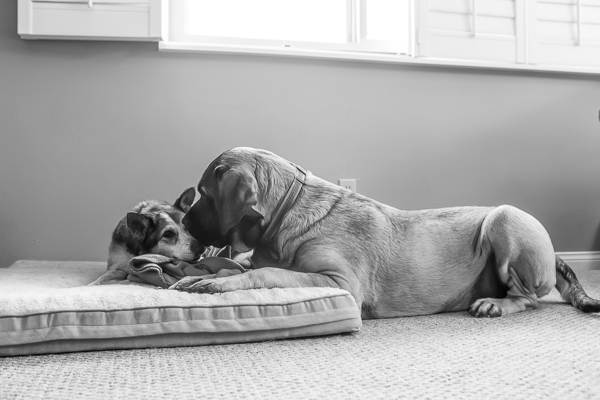 Pax vobiscum — peace be with you. Run free, pretty girl.“

Thanks so much to Robyn, Kimber, and Frosted Faces Foundation for giving Pax the love she deserved in those final days!

About RDP PhoDOGraphy:   Based in San Diego, California, Robyn specializes in dog photography.  She offers discounted sessions for dogs who are seniors or are suffering from a terminal illness.  RDP PhoDOGraphy operates under one simple philosophy: dogs are family too!  She offers lifestyle pet photography sessions in the San Diego area to clients who love their dogs like they were kids.  It’s family photography ~ unleashed.  Robyn has 3 rescue dogs of her own.