I remember what it is like to be a busy mom with kids.  As a result, I think this maternity portrait session is incredibly sweet.  Pregnant with her fourth child, Holly brought her handsome little Cockapoo, Andrew Jackson, to her maternity shoot with K Schulz Photography.  Of course, Kelly made sure to let Andrew know he was the star of the shoot! 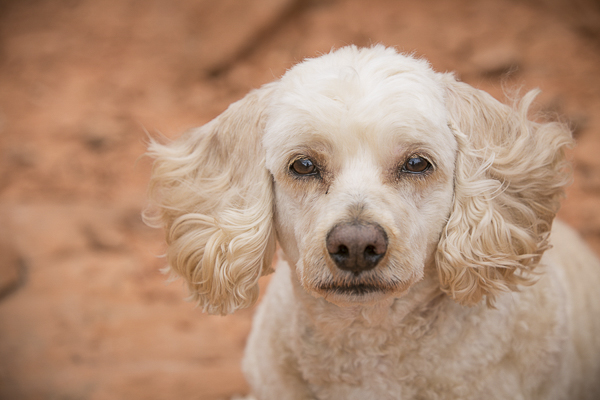 After he realized that he wasn’t an extra, Andrew Jackson was all smiles! 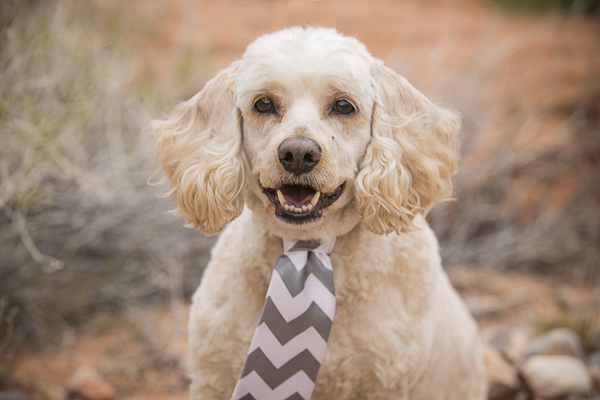 And he dressed for the occasion! 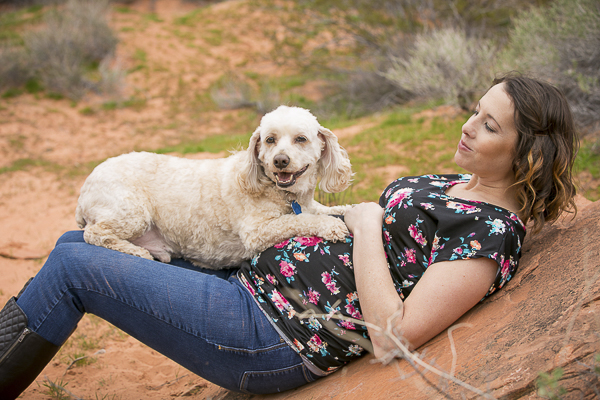 From Kelly:  “Holly and Blair have four kids currently. Well, three children and their dog Andrew Jackson.  They are expecting their 4th kid shortly.  Andrew is a Cockapoo, and he is about 7. They adopted him from Halo Adoption at a PetSmart in Phoenix. 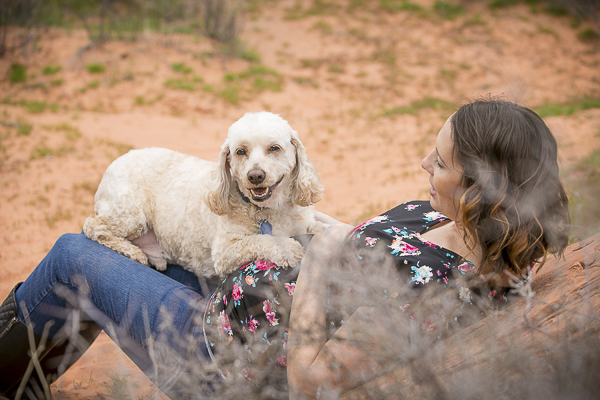 They currently live in Las Vegas, and while a friend and I were visiting for a conference, we offered to do maternity pictures for Holly. I couldn’t resist having Andrew tag along for a little pet session.  Andrew was such a good boy for this session; He always wanted to be near his mom. 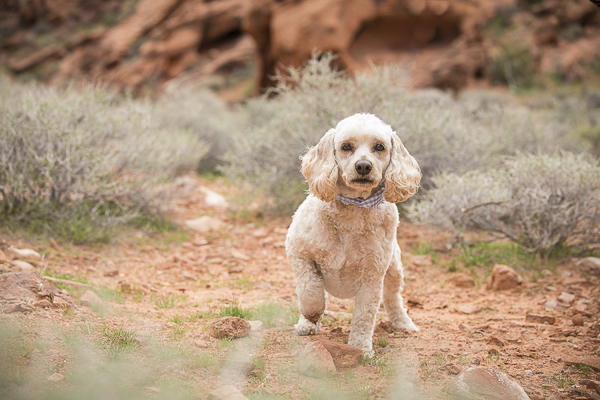 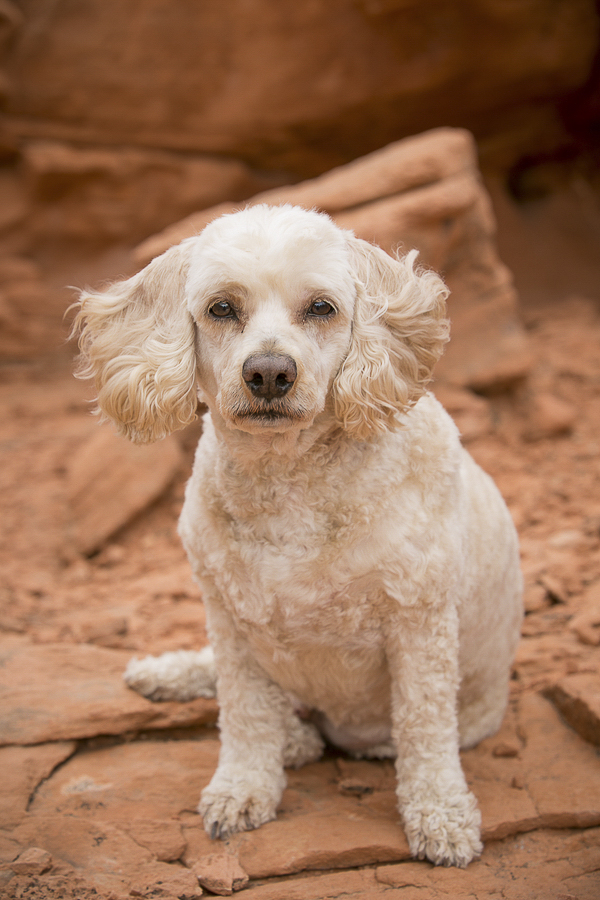 They named him Andrew Jackson because of his crazy curls. Blair’s good friend is named Andrew, but they didn’t think it would be an issue since he lived in Hawaii. Andrew (the friend) now lives near them in Vegas so now they say it’s just funny having a dog named Andrew.” 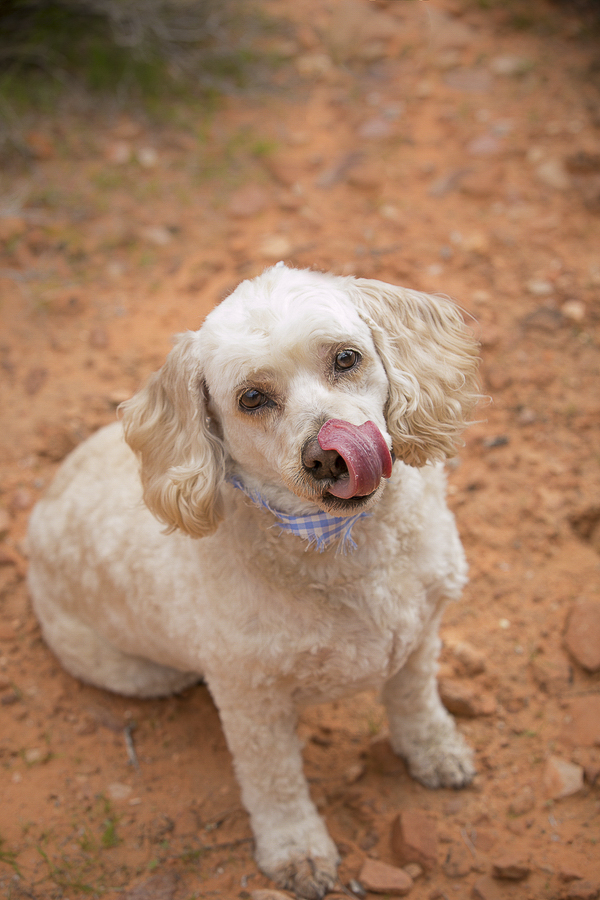 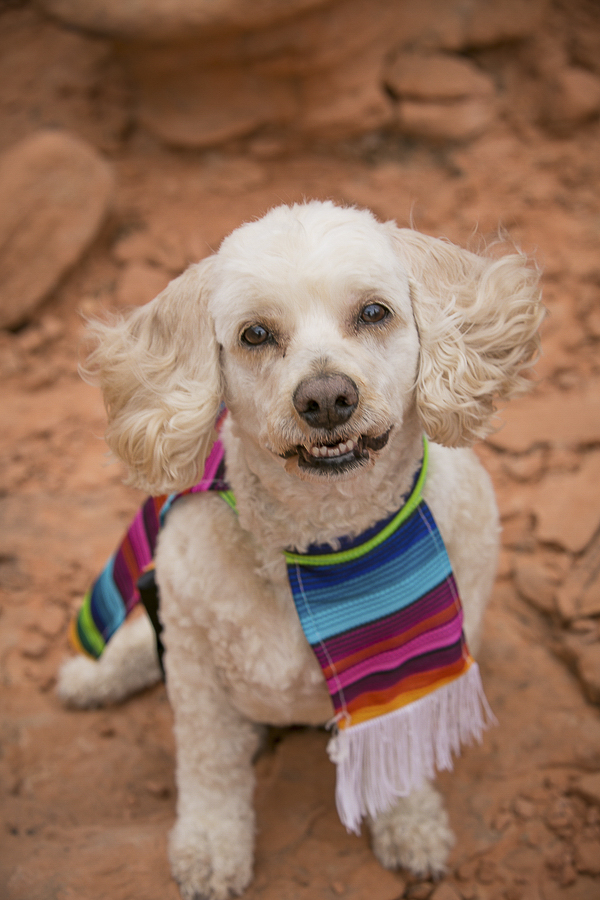 From Holly: “He is a great dog and loves my three kids. He sleeps in the hallway by their bedroom doors every night and waits for them by the front door until they come home.” 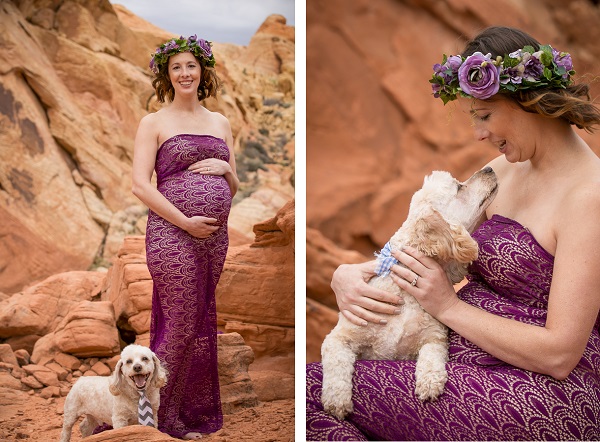 « Happy Tails: Bowie The English Bulldog
Adopt Me: Out of the Box Boxer Rescue »