One of the best compliments a wedding photographer gets is being asked to document other parts of a couples’ life.   Naomi from Urban Row Photography photographed this heartwarming session of a former bride and groom with their senior dog.  Missy is a 14 year-0ld Chocolate Lab mix who proves that good things come to those who wait!

From Naomi:  “Jim contacted me to take photos of the three of them since Missy’s getting on in years.”

From Melissa:  “When I lived in Murrells Inlet, the shelter had a store front next to the movie theater in the mall. I saw her a few times before going to see movies. And I felt so bad because she was one of the adult dogs and had been there for a while. The other younger dogs and puppies were getting adopted, but she was always there. The story posted on her kennel stated that her owner passed away and his wife couldn’t care for her – I think they were in their 80’s. The daughter of the couple tried to take her but ultimately it didn’t work out. The daughter took her to the vet to be boarded and never came back to pick Missy up. 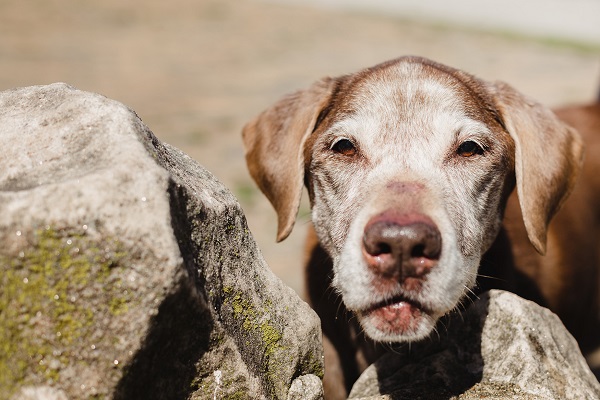 She lived at the vet in a crate for six months until they gave her to the WARM Shelter. Missy spent another six months with WARM and a lot of time in a crate at the mall. I read her story several times but I had an American Bull Dog, Jackson, and I knew he wouldn’t take well to another dog in the house. I visited her every time I went to see a movie and felt bad because she was always sitting quietly gnawing on a bone surrounded by a bunch of yapping puppies and barking dogs. Sadly Jackson, who was only 7, fell ill very quickly and passed away from an aggressive cancer. He was completely fine one day and five days later – he was gone. I sat in a  chair for three days and cried – he was absolutely my best friend in the world.

It took a couple of months, but eventually, I started entertaining the idea of getting another dog. But I was still so sad – I couldn’t replace him. To make a long story short (or a long story longer) – my ex-husband showed up at my office one day with a puppy. I was completely surprised and not ready yet – but who gives a puppy back!?!? While I loved the puppy, I was still heartbroken and missed the adult companionship of an older dog. And the puppy…talk about a tiny wrecking ball! He chewed EVERYTHING.  He broke out of his crate. Very cute…but not exactly best friend material! 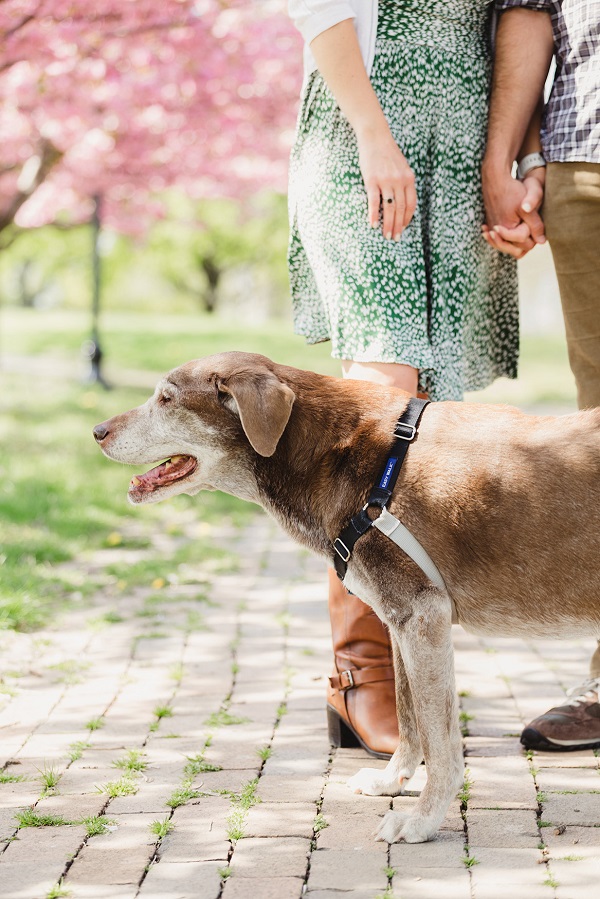 So one day, I had a rough day at work and knew I would go home to the sweet but destructive baby… and I was looking for some comfort. I drove past the movie theater and, on a whim, pulled in and asked to walk Missy. It only took one lap around the parking lot to discover she was exactly what I needed to try to fill that hole in my heart. 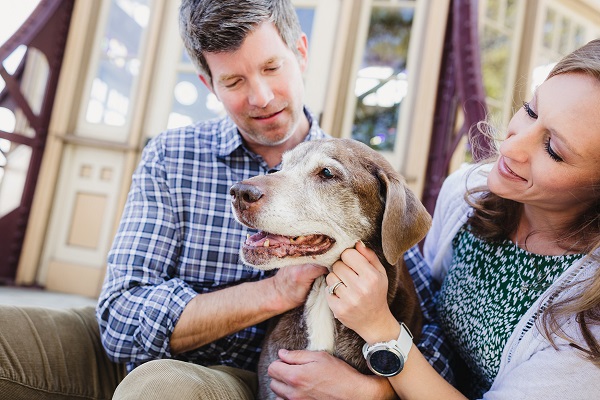 When I brought her back in – I said, ‘She’s not going back in that crate. She’s going home with me.’ They were shocked and told me; it doesn’t work like this, it takes time, there is a process – paperwork, references, home visit, etc. So I said, ‘Let’s do it. I can’t put her back in a tiny box for one more day.’ 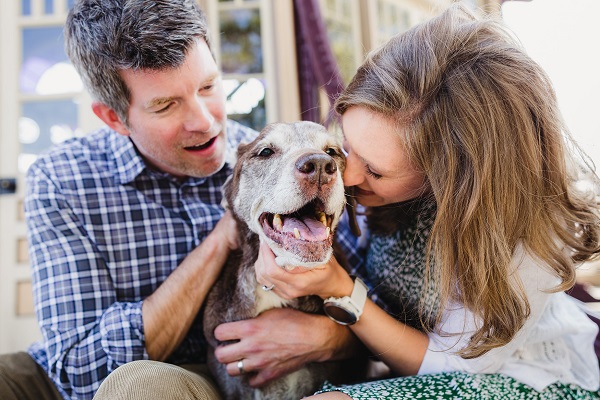 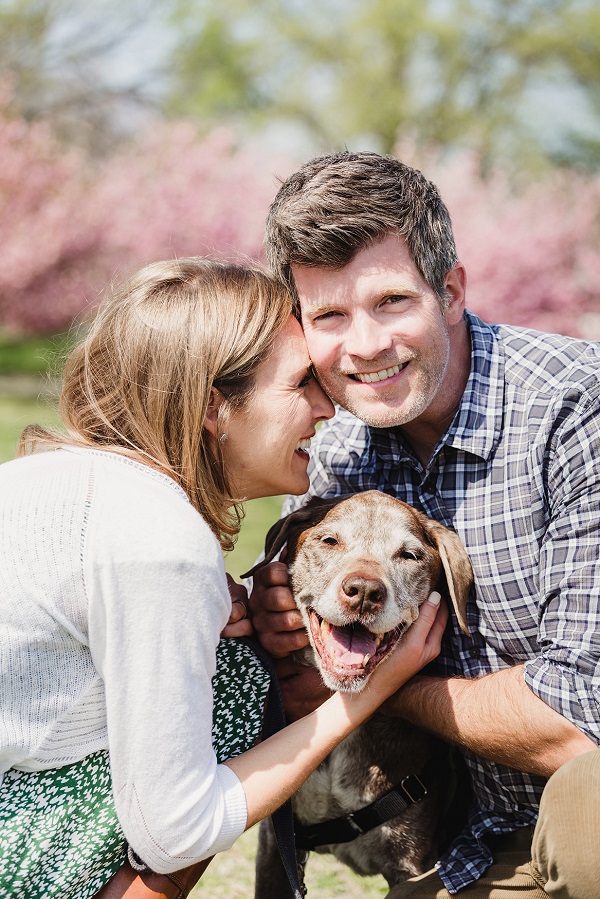 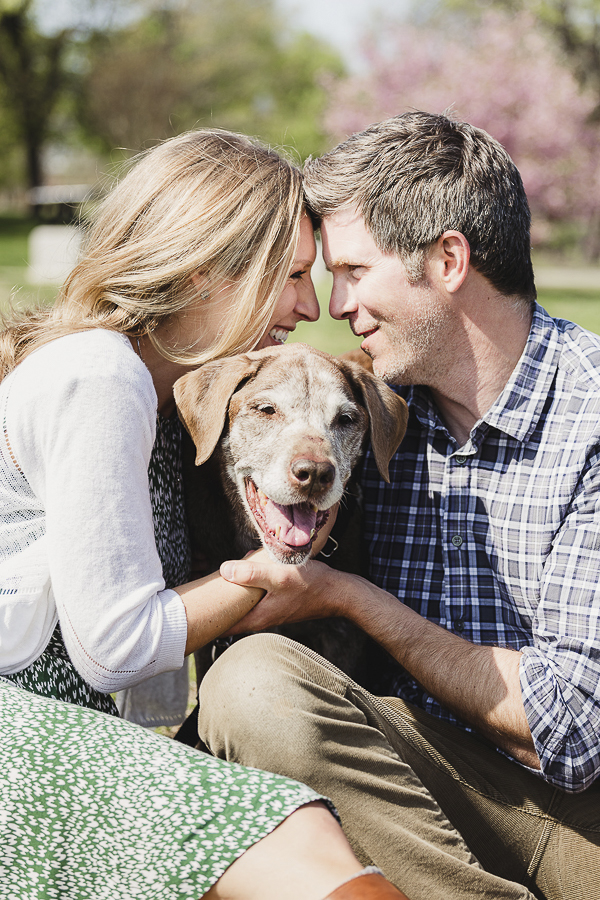 So we did it all while she sat next to me – they called all the references while telling me this was highly unorthodox. She and I sat there together waiting for the shelter to close for the day. The manager followed me home with her to do a home visit. They said I could keep her for the weekend and bring her back Monday. Then we would finalize the paperwork if it was a good match. (Oh, I didn’t mention: I didn’t call my then-husband to tell what I was doing! I just showed up with my new best friend!) I’m sure you can guess, I called Monday morning, and when I said who I was, the manager said, ‘You’re not coming in today, are you?’ And I said, ‘Nope, I needed her, and she needed me.’

Missy rescued me, not the other way around.” 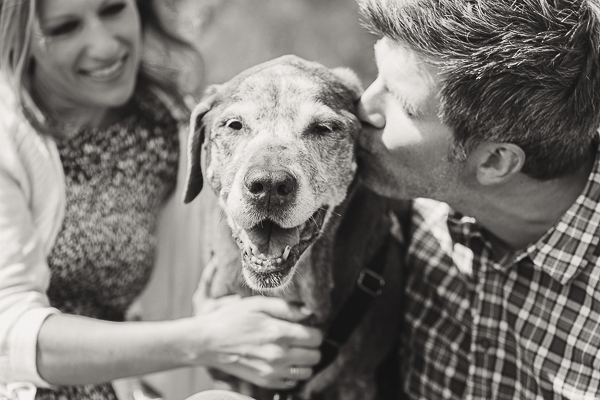 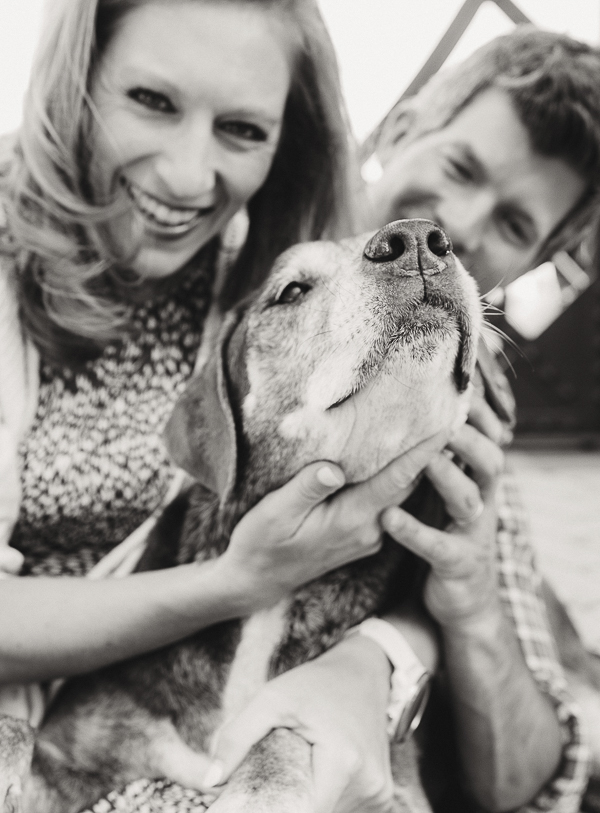