Charlene Potts from Paw Prints | Pet Portraits by Charlene is not only a talented pet photographer, but she is also a wedding photographer.  I know she had a great time photographing this family of three on their big day.

From Charlene:  “Nash the Boxer played a special part in his parents’ big day!   The  park we photographed their First Look at didn’t allow pets, but we were able to sneak a few shots with him near the entrance.”

From Nikki:  “We rescued Nash off the streets in Pittsburgh.  He was on a bridge when I came across him and I almost hit him because I wasn’t expecting a dog to be in a bridge!  We looked for the owners for 4 weeks, as well as called the shelters and the police to see if anyone reported a missing dog.  No response!  In that month I took him to the vet because he was so skinny and malnourished and had some cuts and marks on him.  After that month, and not a single person looking for him, our vet encouraged us to keep him since he was a great looking dog and we already took the steps to care for him.   We decided to keep him and it was the best thing I could have ever done! 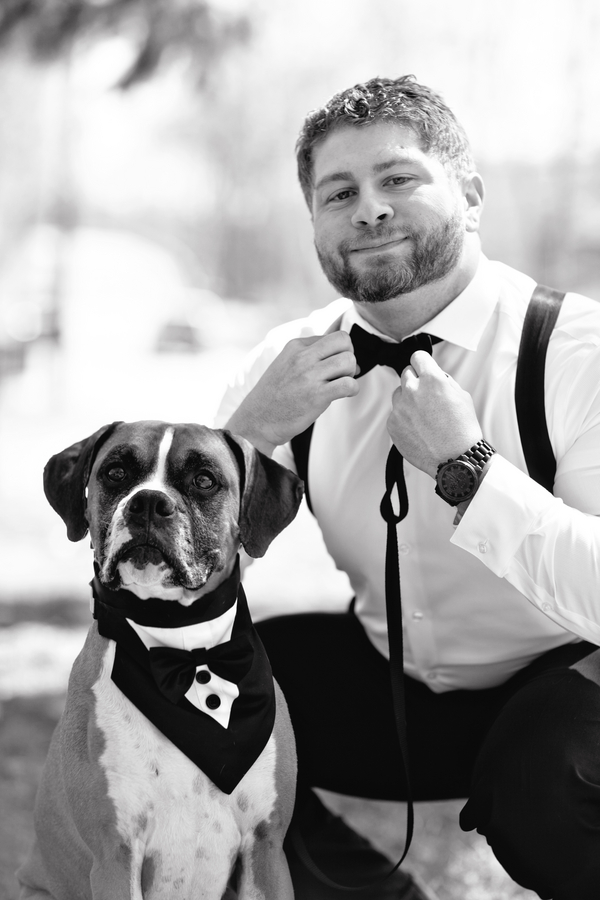 The vet estimated his age at the time putting him now at about 5 years old!!   His personality is one of the best I have ever had in a dog… Although he is one to make sure he is heard (barking) ALL the time, he is the sweetest, most loving and loyal dog ever!   He is a big goofball always having the silliest looks on his face!   He is also a jelly bean if another dog or cat is getting petted or talked to!   Nash wants all the attention at all times! Frisbee is one of his favorite things to do, along with playing with his soft kitty ( a toy that meows and I swear he thinks she is real so he has to take care of her and protect her.) 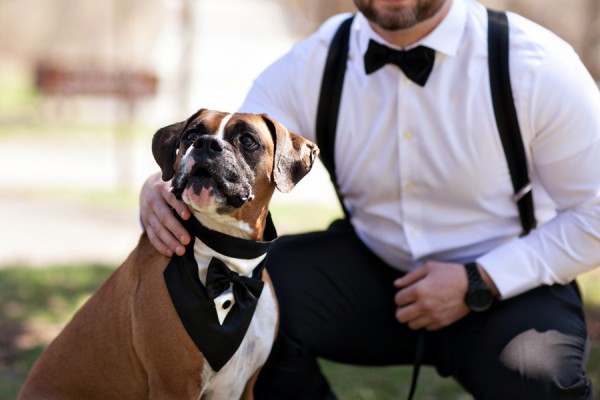 Nash also is very active and playful and a dog that as we say, wears his heart on his sleeve, you always know what he is thinking or feeling!   He gets “embarrassed” as my friends and family call it, like his face in the one photo when my husband and I are kissing !

Or when he does something like falls off the couch, trips, runs into something, or when I make him wear something silly like a Halloween costume.”