I know a lot of people are looking forward to  Take Your Dog To Work Day tomorrow.  Some people celebrate it once a year, while others have jobs that includes their dogs in a bigger way.    Photographer Jenny Karlsson’s newest project focuses on the bond between creatives/entrepreneurs and their pets entitled Personality Prints.   Her first interview was with Sandra.  Sandra was so inspired by her  rescue dog, Scout, that she launched her business Scout Dog Collars. 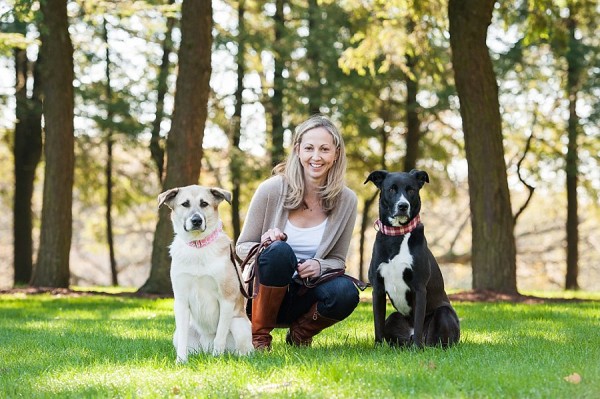 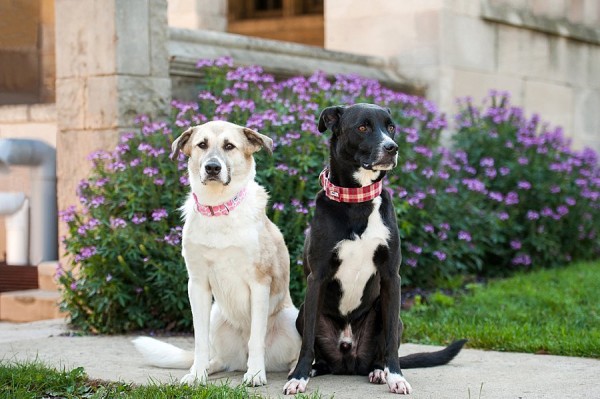 From Sandra:  “I found my dog Scout and his brother on a Sunday morning in South San Antonio, sitting on the side of the road in their empty Budweiser box like two teenagers sleeping off a great Saturday night.   I brought them home and watched them eat and then sleep in my backyard, alternating between a shady nest under an ancient nandina and a cool spot under the window AC drip. 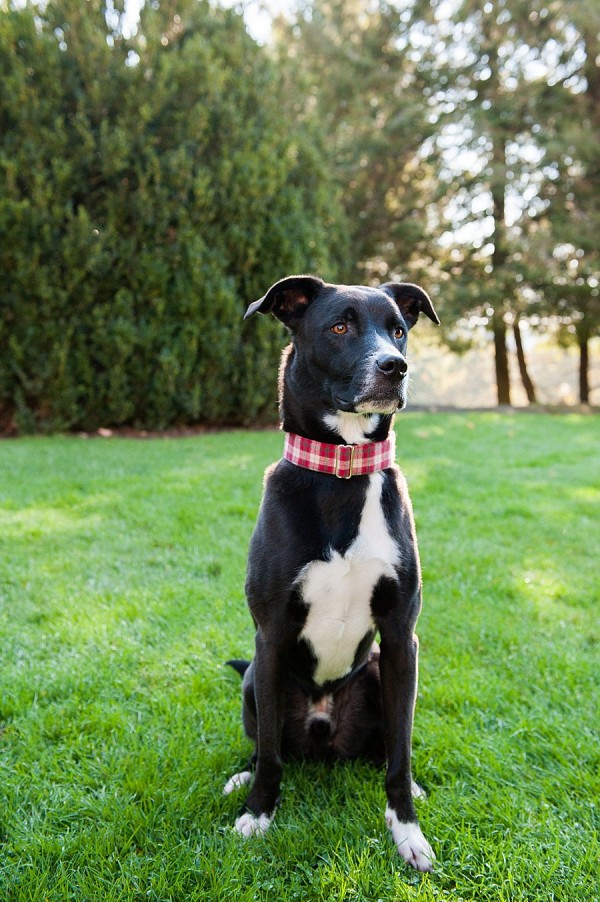 I never intended to have a dog – I always thought they were too needy and high maintenance – and these two puppies proved me right.   They were eight weeks old, skin and bone, bald in spots from ringworm, and with tummies bloated from parasites.   Knowing these two would never stand a chance in San Antonio’s overfull shelters, I took them to the vet and began nursing them back to health.   Eventually Scout’s brother found his forever home elsewhere, but Scout, ever the ugly duckling, stayed with me.

It’s been nearly seven years since the day I brought him home, and he’s changed nearly everything about my life.   I adopted Gracie, a shy Great Pyrenees mix  from Animal Defense League of Texas,  to keep him company. 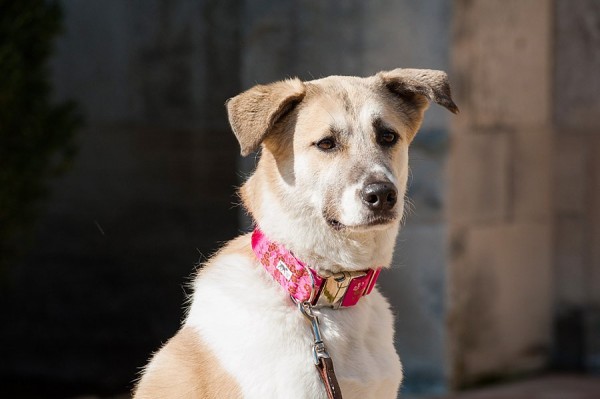 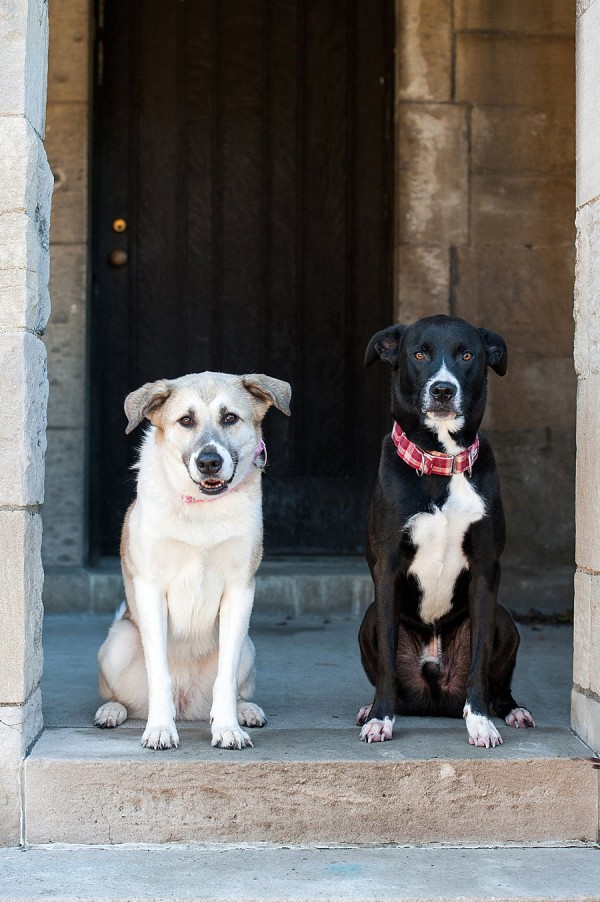 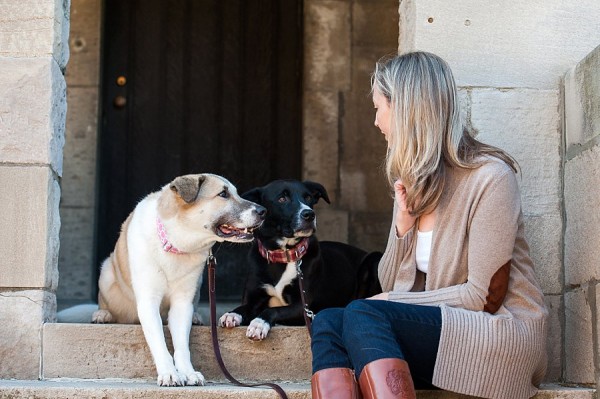 Together the three of us have traveled the country, and at last count we’ve been to 17 different states. 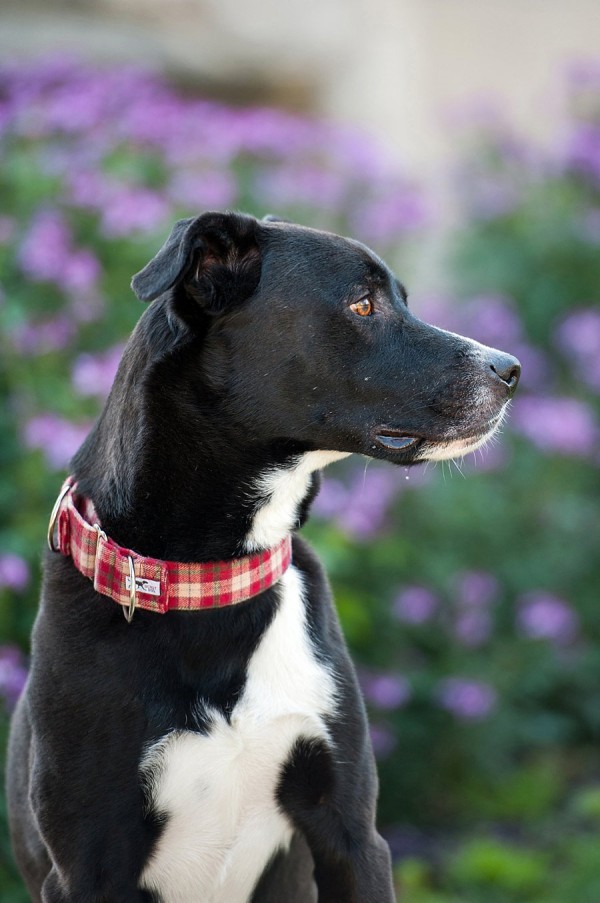 Scout is a Canine Good Citizen, earned his TT through the American Temperament Test Society, and his Bachelor’s and Master’s Degree through the Canine Life and Social Skills (C.L.A.S.S.) program.

I started Scout Dog because I could never seem to find a collar to suit him – he is by turns a dork, a best friend, a hunter, a lover, and a couch potato – and I figured there must be many dog owners out there like me, who have dogs that need something just a little special.   Scout  inspired me, and I hope he inspires you too. 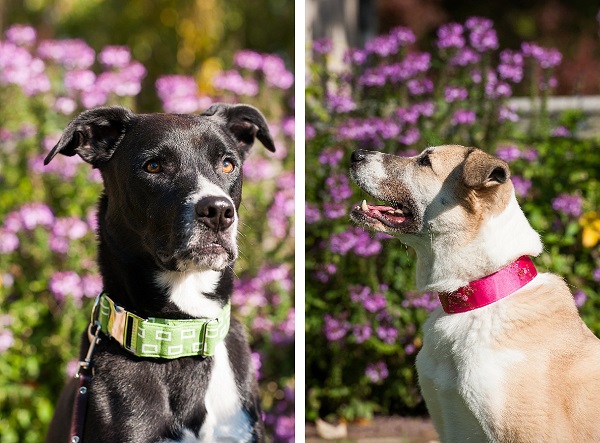 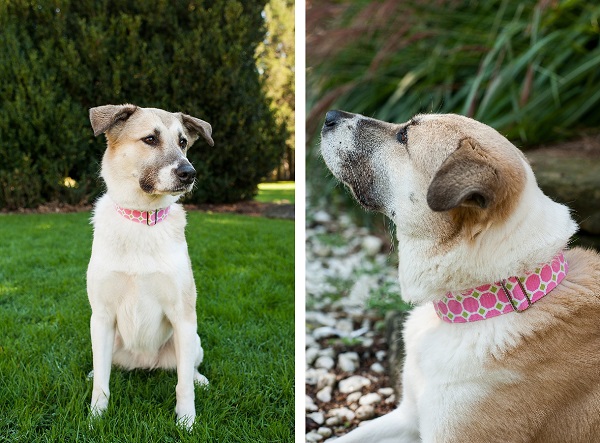 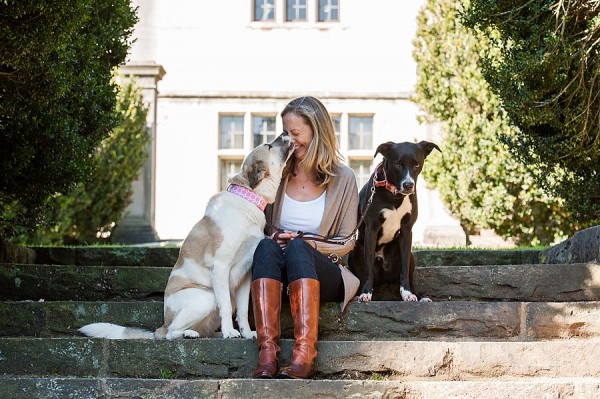 This photo is my favorite because it captures the relationship between the three of us…Gracie is getting attention and Scout is pouting because he’s being ignored.”

Sandra volunteers with local rescues and she also gives a portion of her proceeds from Scout Dog to local rescues.  Each month she selects a different rescue to support with her sales.

You can read more about Scout, Gracie and Sandra on Jenny’s blog.  Follow Jenny Karlsson Photography of Facebook, including my newest crush, Gus the therapy dog!

What has your dog inspired you to do?