While having dogs in your wedding is an awesome idea, it isn’t always possible.  That doesn’t mean they can’t still be a part of the big day, though.  Sophie and Meat weren’t at the ceremony themselves, but that didn’t stop Maegan and Lou (and Swatch Studios) from including their dogs in the festivities!  Sophie and Meat prove that just because you aren’t at the event, doesn’t mean you aren’t a wedding dog! 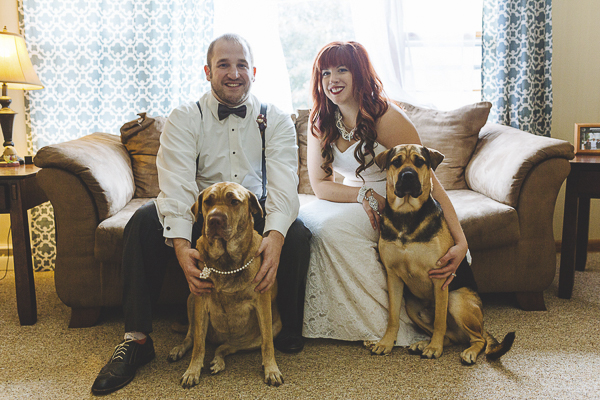 From Diana:  “We loved photographing this beautiful Fall wedding in Ohio with gorgeous vintage details and two sweet pups.   Maegan and Lou’s dogs, Meat and Sophie, were enjoying the excitement and attention that morning!” 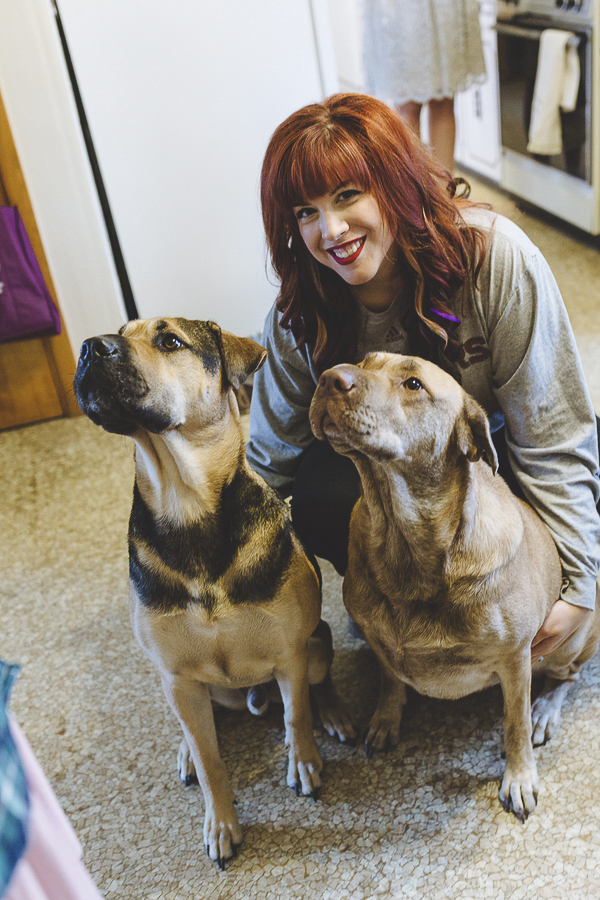 From Maegan:  “Meat and Sophie (Meat James and Sophie Grace if they’re being bad and need to be called by their full names). They are brother and sister and litter mates, which they just turned five in January. They are Shar Pei, American Staffordshire Terrier, Saint Bernard and Basenji mixes (yes, we did a DNA test).” 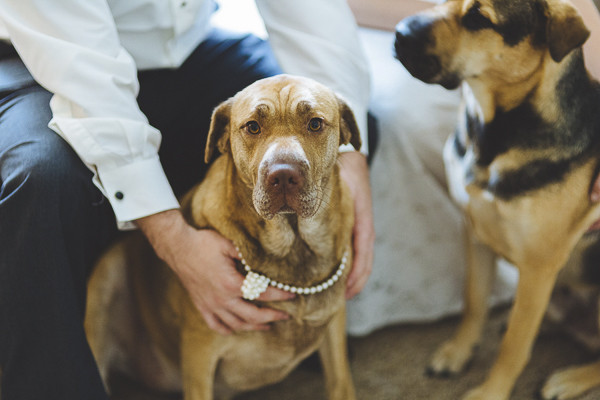 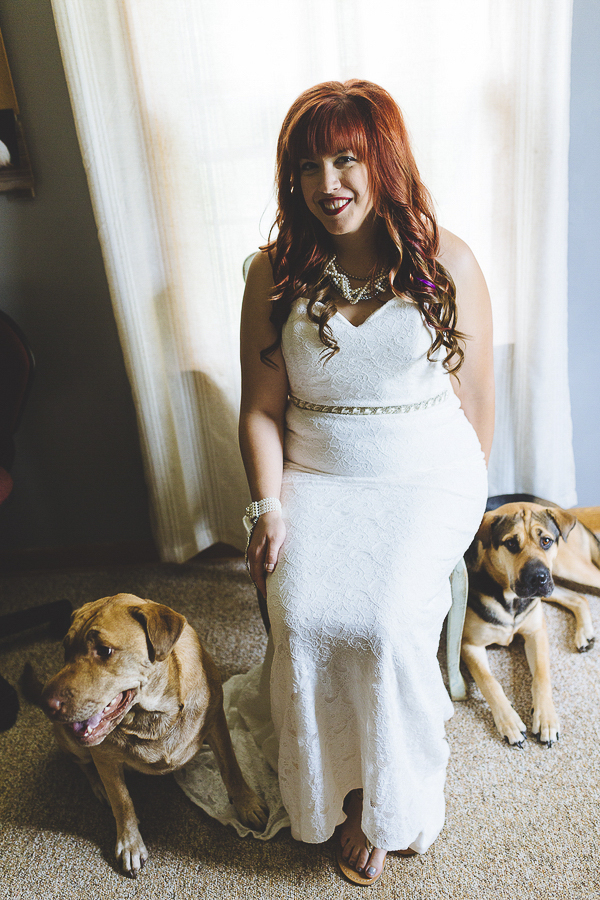 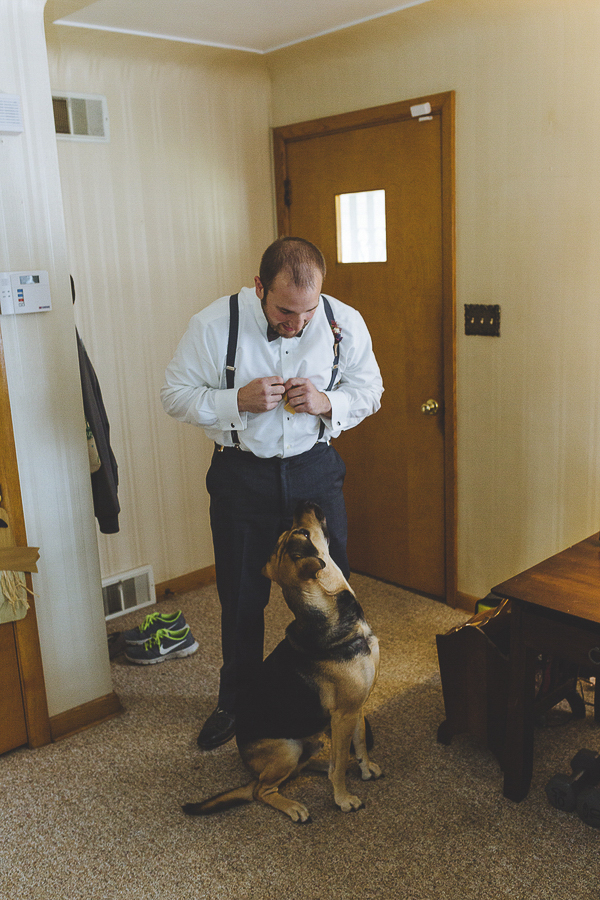 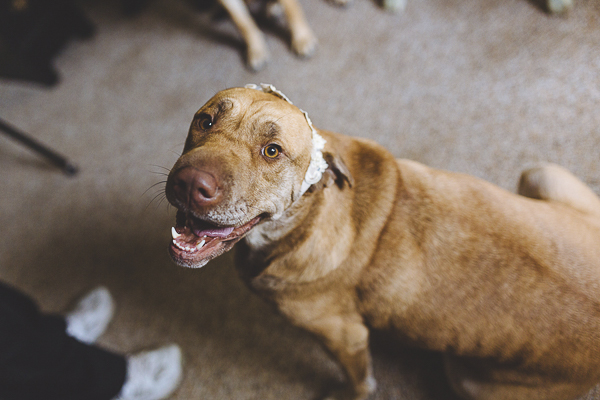 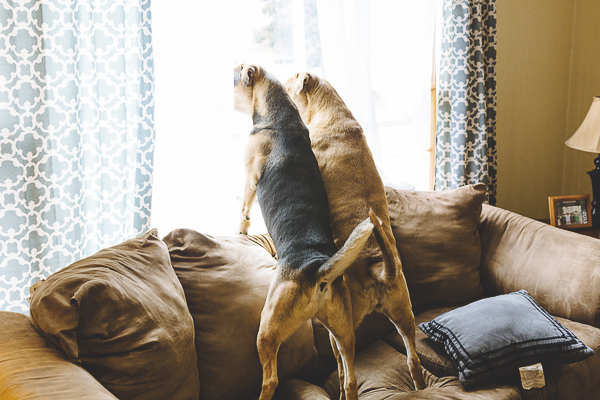 In addition to the getting ready photos, Maegan and Lou included Sophie and Meat with some fun details at the reception. 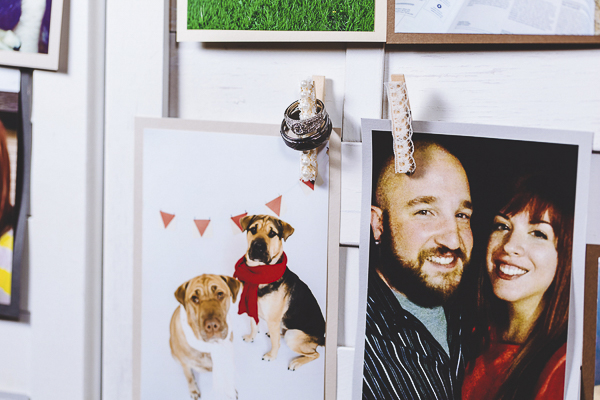 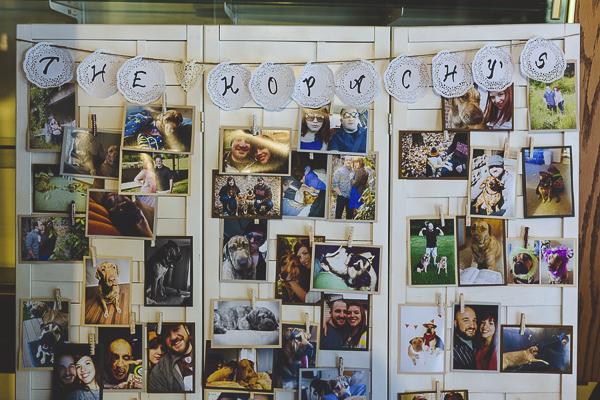 I love their cake topper! 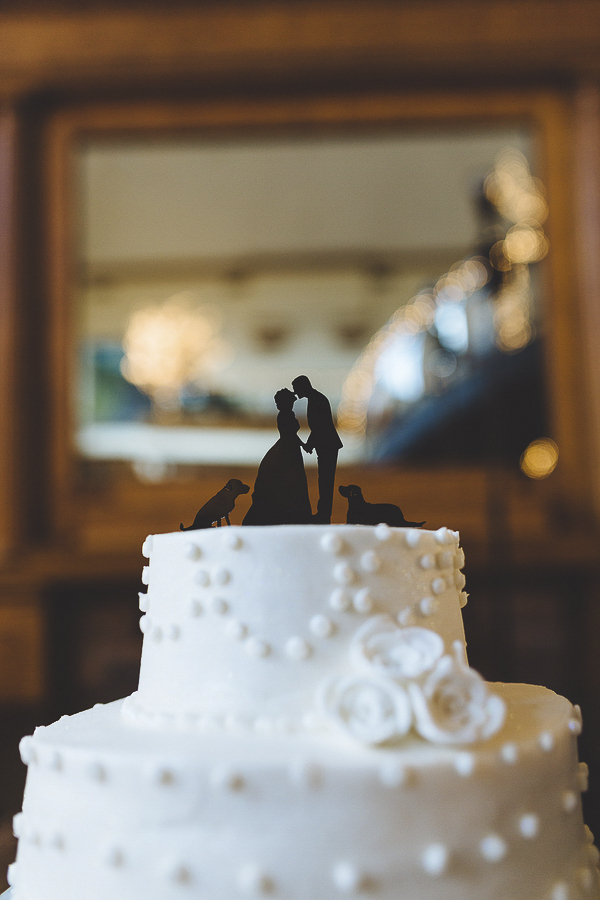 You can see more of their vintage inspired wedding on the Swatch Studios blog.