First looks are a great way to include dogs in the wedding photos. However, when the bride and groom opted not to see each other before the wedding, Missy from Elite Photo had to get creative. 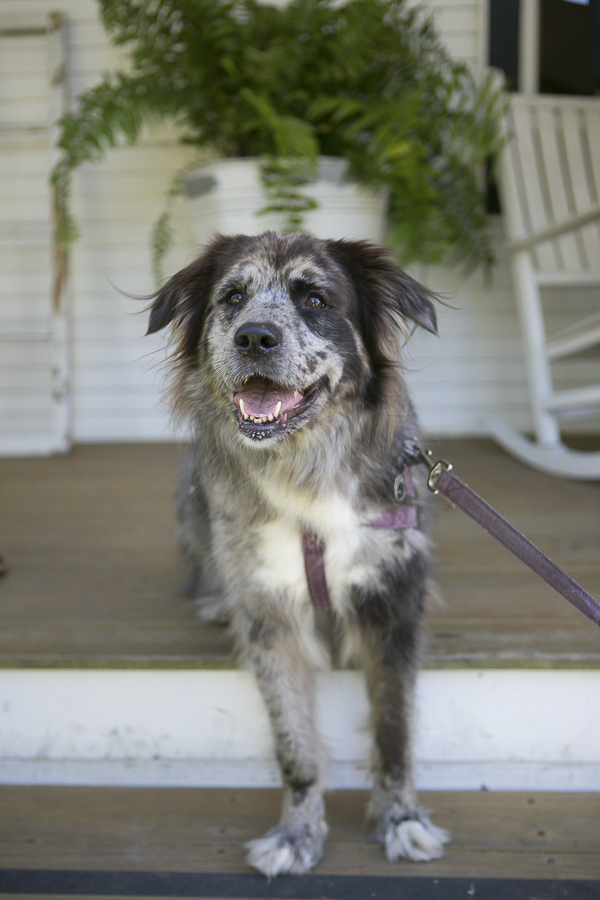 From Missy:  “Natalie and Matt were married at Heritage Prairie Farm on literally the most perfect day of the whole year. It was a beautiful, light, breezy 70-degree day on one of those ‘feels like the first day of fall’ mornings.

Although we had talked many times over the phone, because they live in Texas, I had not met them before their wedding.  I went up and introduced myself to Natalie, and felt an instant connection. 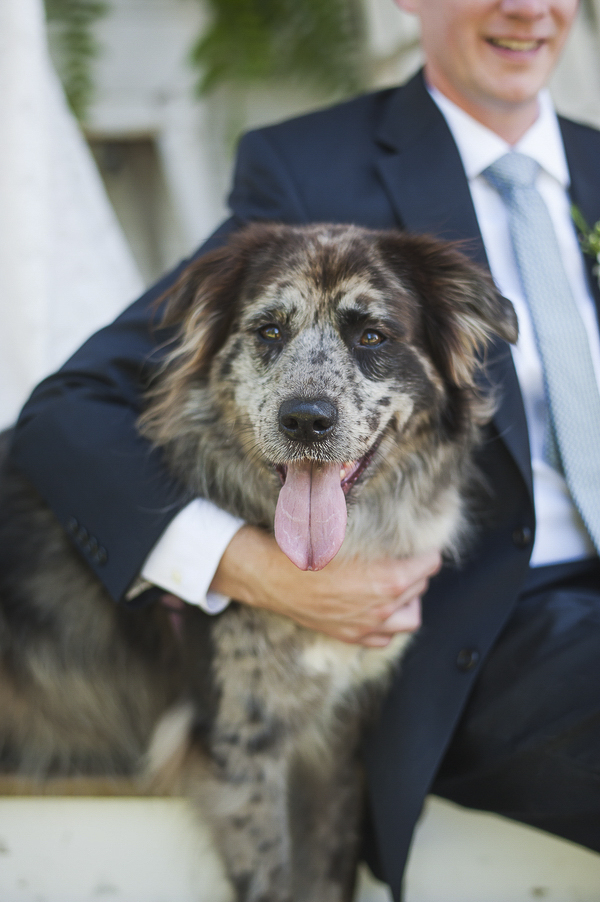 Matt and Natalie agreed that they didn’t want to see each other before the wedding.  However,  Matt wanted to come up and talk, so he just stood there and chatted with his eyes closed.

They wanted a picture with their pup, Stella, so I positioned them on the stairs.  And we snapped a stoic pic of them all three together. 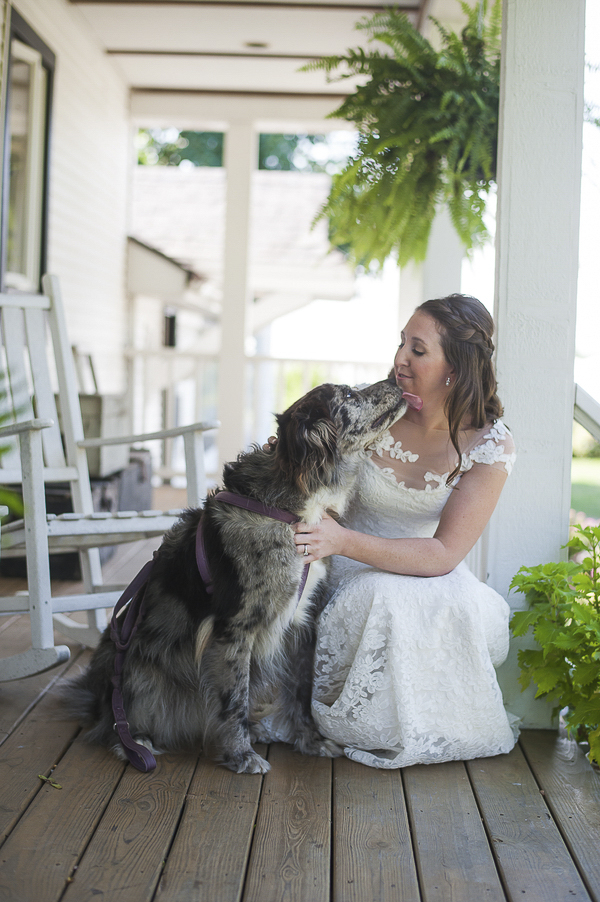 Stella is a seven-year-old Australian Shepherd Mix.  They adopted her in July 2010 from Animal Rescue Foundation in Illinois. There were two survivors in her litter; found near a highway around the Southern Illinois-Kentucky border.”

About Elite Photos:  Based in Batavia, Illinois, Missy specializes in life and wedding photography.