In an ideal world (at least my ideal world) everyone would have their pets in attendance at their weddings, but the reality is, it isn’t possible for many.   This couple did something that was just perfect for their situation:  they  got all dressed up again for photos with their dogs.  All photos are courtesy of Delightful Perception Photography. 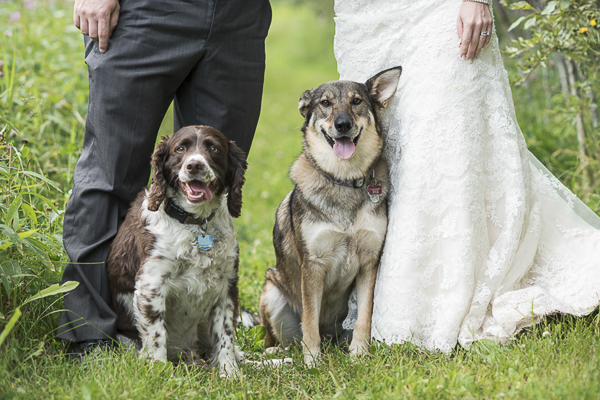 From Crystal:  “Paula and Tim escaped to the mountains to tie the knot, and due to hotel restrictions and the hustle and bustle of planning a wedding they were unable to bring their dogs Sheba (Shepherd Cross) and Riley (Springer Spaniel) along. However, they knew they needed to include their very loved pets in this special occasion so as soon as they returned they got back into wedding gear and planned a special photo shoot just to incorporate these two in the wedding experience. They also had a special announcement; that they are soon going to have a little brother or sister!” 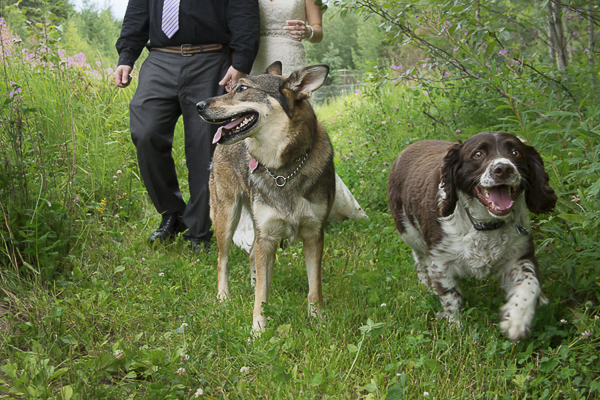 From Paula:  “Riley (the liver and white dog) is a 7-year-old, male Springer Spaniel.  Riley is an extremely loyal and energetic boy who needs constant mental stimulation. His favourite hobbies are playing fetch and going on his daily walk(s). 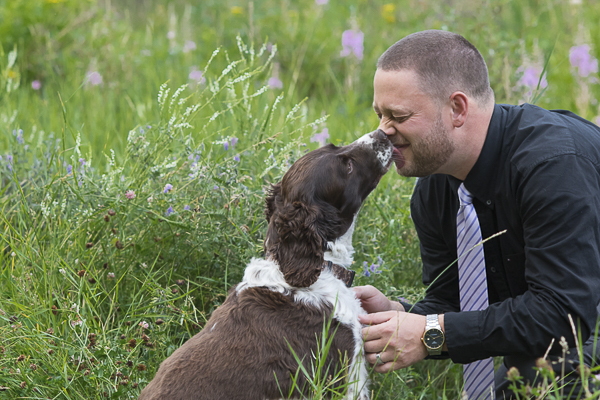 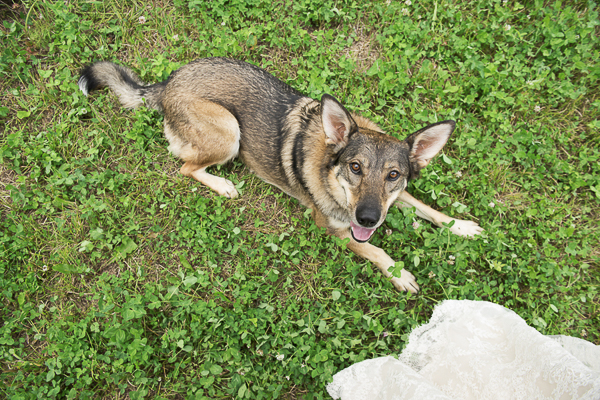 Sheba was adopted from our local SPCA in Fort McMurray AB. Sheba was a homeless girl found in Anzac hanging around the Amy Treatment centre. The Amy treatment centre is a facility that helps people with drug and alcohol addictions. They told the SPCA that it took them two weeks to get Sheba to come close enough to them to feed her. She was extremely nervous and insecure. A patient at the treatment centre became close to her and he named her Sheba. When I first brought Sheba home, it took me 15 mins to get her over my steps in the house as she was never inside a home before. She is still nervous of men but has come a very long way. 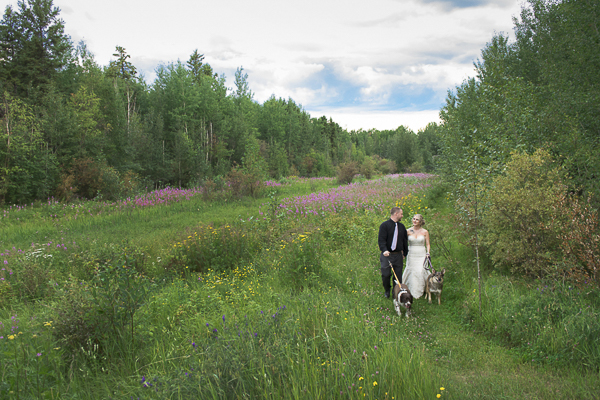 She loves her daily walks, runs and time at the dog park.”