I’m not much of a party planner, but I love the people who devote the time and energy to plan a birthday party for their dog.  I love these cute photos from Capture Photography by Kayla Stallbaumer of her dog Darla’s first birthday. 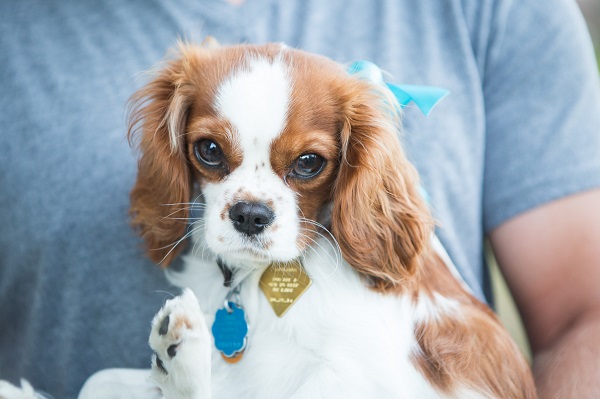 From Kayla:  “It was a birthday party unlike any other I’ve ever been to, let alone planned… I was throwing my puppy dog a first birthday party! 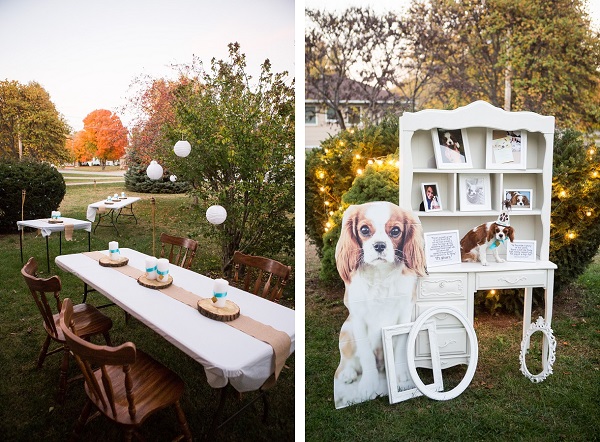 Darla, aka DarlaDog (known on social media as #darladog and #dailydarla) is a Cavalier King Charles. 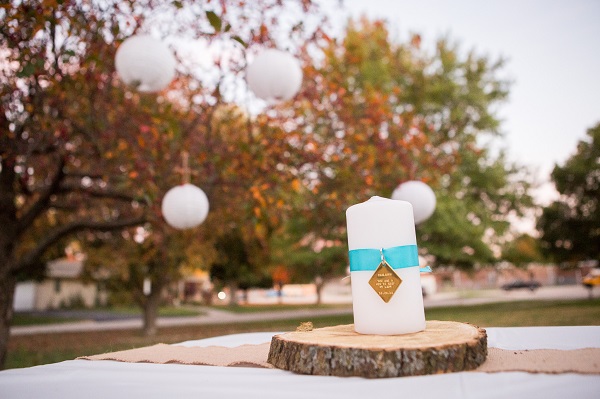 Her party had a slight Lady and the Tramp theme… spaghetti was fed to friends and family… party favors included engraved “collars”, like Lady’s, tied around pillar candles that lit up the party. Quotes from the movie were framed. 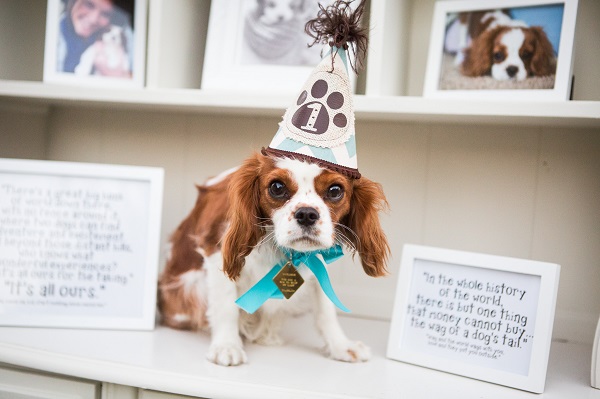 Photos of Darla growing up were framed as well… the banner and dog birthday hat were handmade by Simply Sarah Bowtique. A t-shirt raffle of DarlaDog tees was another activity of the evening. The 4 foot tall cutout made for a sweet photo opp prop! Don’t forget we topped off the night by watching the World Series games (Go Royals!) and roasting marshmallows for s’mores– no s’mores for Darla though! 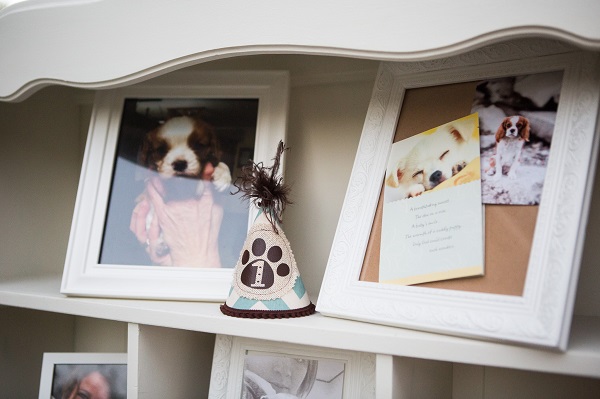 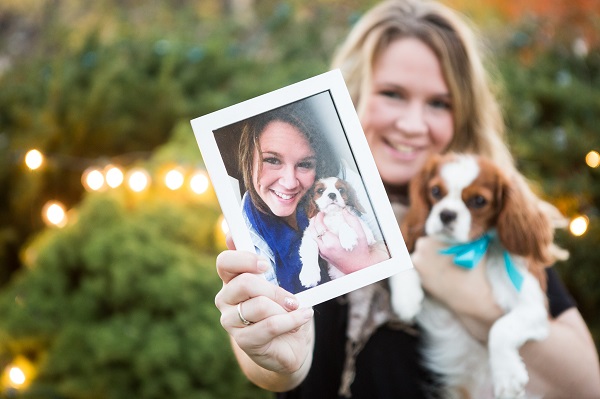 Darla feasted on spaghetti that she could get shared with her… and had her very own puppy-safe carrot and peanut butter ingredient cake complete with a candle blow-out! 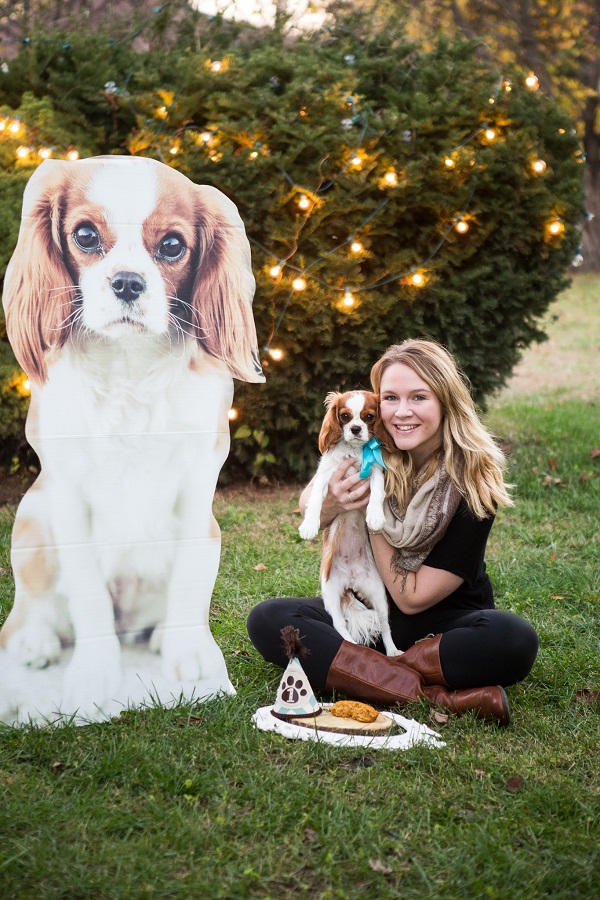 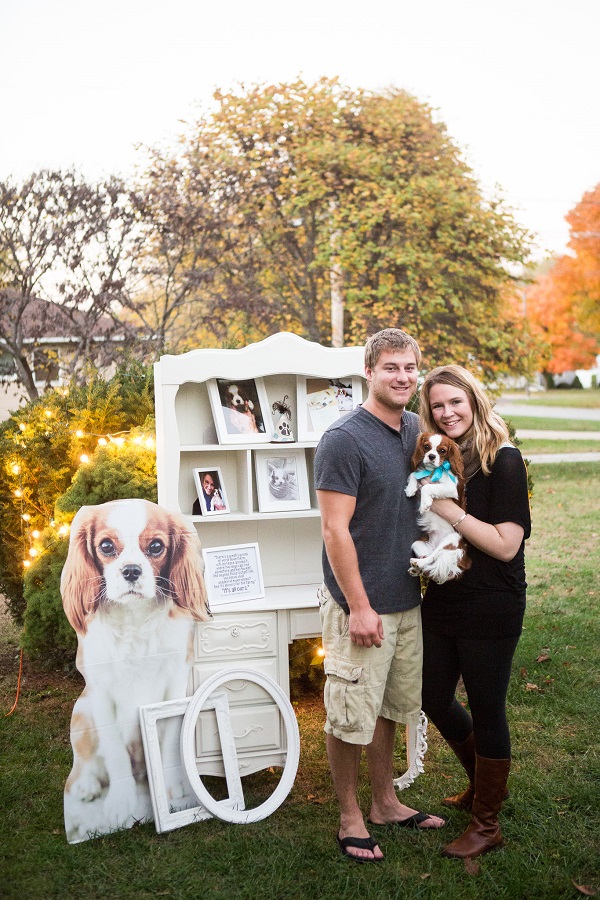 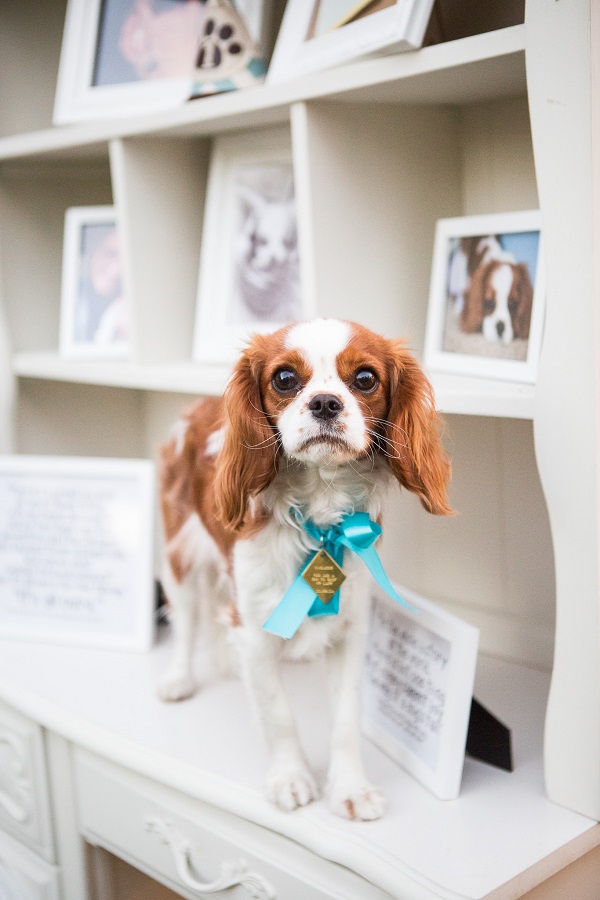 What a great time for the pup we love, love, love.”

About Capture Photography:  Based in Seneca, Kansas, Kayla Stallbaumer is a wedding and portrait photographer.